Accessibility links
The New Republic: Where's The Outrage Over LIBOR? As another scandal engulfs the banking industry, The New Republic's Noam Scheiber says reason there hasn't been more public outcry over the LIBOR-fixing debacle is a lack of visible victims.

The New Republic: Where's The Outrage Over LIBOR?

The New Republic: Where's The Outrage Over LIBOR? 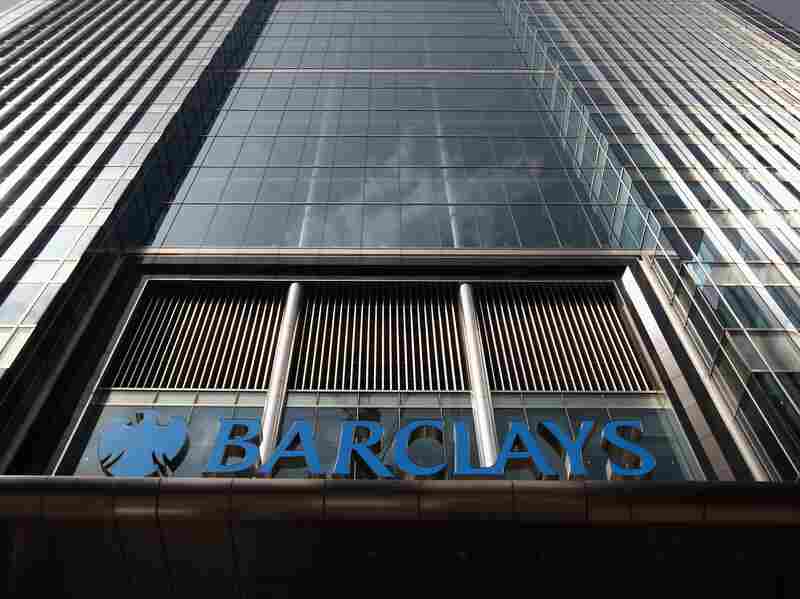 The Canary Wharf headquarters of Barclays Bank, who have been more than $450 for manipulating the LIBOR inter-bank lending rate, on June 28 in London, England. British Prime Minister David Cameron has said the bank's management has 'serious questions' to answer regarding their practices. Oli Scarff/Getty Images hide caption 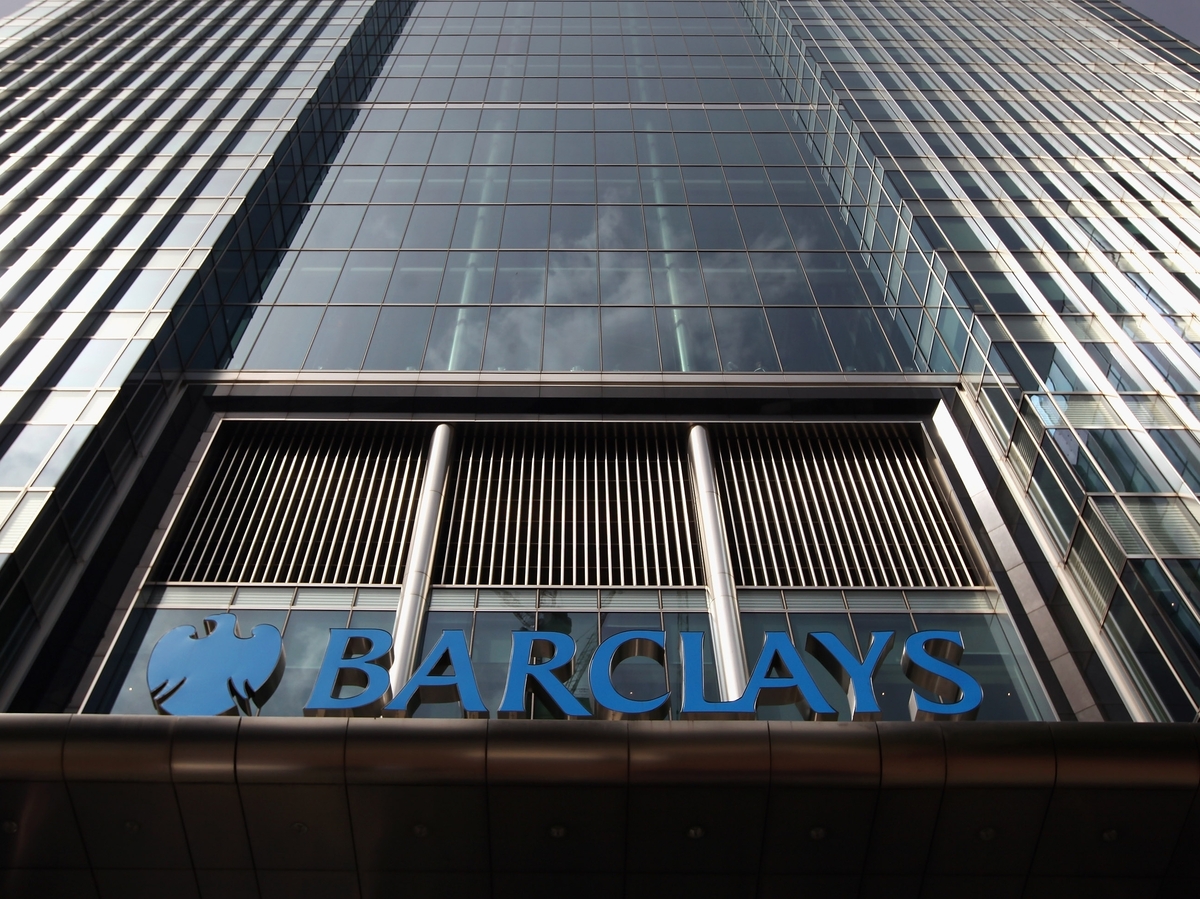 The Canary Wharf headquarters of Barclays Bank, who have been more than $450 for manipulating the LIBOR inter-bank lending rate, on June 28 in London, England. British Prime Minister David Cameron has said the bank's management has 'serious questions' to answer regarding their practices.

Noam Scheiber is a senior editor at The New Republic.

A number of commentators have wondered why the rigging of LIBOR — the most widely used interest-rate in the world — hasn't caused the uproar in this country that it's provoked in Britain. The easy answer is that no U.S. bank has fessed up or been outed over its role in manipulating LIBOR, unlike in Britain, where Barclays has agreed to pay nearly half a billion dollars in fines and fired its top three executives.

But, never fear, there's every indication that American banks were up to similar hijinks, and that U.S. investigators are on the case. Names will be named here soon enough. If nothing else, the congressional grandstanders are moving in on the action.

Having said that, unless the revelations (and the e-mails) get a lot more lurid than they have in Britain, I'm not sure the scandal is ever going to catch fire on this side of the Atlantic. The reason is that it's too damn hard to find a compelling victim.

The LIBOR allegations involving Barclays are two-fold. The first is that, between 2005 and 2007, the bank helped suppress LIBOR to in order come out ahead on certain derivatives trades. The second is that, during the financial crisis that began in 2007 and intensified in 2008, Barclays helped suppress LIBOR so that the outside world would think it was healthier than it was. (LIBOR officially reflects the interest rate at which one big bank can borrow from another and gets set daily when banks report this rate to an industry group. The more costly it is for banks to borrow from one another, the higher LIBOR, and the worse shape people assume the banks are in.)

So in both cases, LIBOR ended up lower than it otherwise would have been absent the alleged manipulation. Which raises the question: Who got hurt? The answer isn't immediately obvious. Anyone whose mortgage, credit card, or student loan interest-rate depended on LIBOR would have paid less, not more. Same with any business whose loans were tied to LIBOR. The most obvious losers are the people involved in derivatives contracts — the people who bet on interests rates to rise and therefore couldn't collect when they'd won (or at least not as much as they had coming to them). But these are typically rich hedge fund managers or traders at other banks — not exactly the types who garner sympathetic ink in the popular press.

Now, that's a bit simplistic. We're learning that there almost certainly some smaller-time victims. Municipalities, for example, sometimes use derivatives to protect against interest-rate spikes. If LIBOR was kept artificially low, many could have been cheated out of tens of millions of dollars that these bets should have produced for them. Similarly, a lot of pension funds place interest-rate related bets, meaning hundreds of thousands of retirees may have been cheated out of earnings they were by all rights entitled to.

But, even here, things aren't so clear cut. After all, while there are many municipalities and pension funds positioned to gain when LIBOR rises, there are presumably a large number positioned to gain when LIBOR falls. It is, in short, very difficult to find a whole class of victims to feel sorry for, as opposed to individual grievance-bearers, which makes me think the political half-life of this scandal will be limited. (I'd guess the reason this hasn't kept the scandal from exploding in England is that Barclays was already a cultural flashpoint, with its brash American CEO and his gagillion-dollar bonuses. The whole country was primed for a reason to string the guy up, and they got one.)

Does that mean the LIBOR scandal isn't a big deal? Not at all. As I argued in this earlier post, it's a very big deal. But it's just a bit more abstract than your typical scandal. To see this, I'd propose the following (crude) analogy, in honor of yesterday's baseball all-star game. Suppose the six wealthiest Major League teams got together and convinced the commissioner to move in every park's fence ten feet without the rest of the league knowing. (Suppose they benefit because fans like to see more home runs hit, and they make their money on TV revenues.) The upshot is that some teams would give up more home runs and lose certain games, but some teams would hit more home runs and win certain games. Once the conspiracy was unearthed, fans of the first set of teams would complain loudly; fans of the second would probably keep quiet. But, overall, it would be hard to say that a certain class of team benefited more than another class. Or even that certain teams consistently benefited more than others. It would appear to be a kind of wash. (Yes, some teams are built more around hitting and some more around pitching, so you can imagine some small, systematic effect. But set that aside for the sake of argument.)

And yet, just because the conspiracy resulted in a wash doesn't mean we shouldn't or wouldn't be outraged. All baseball fans would be outraged on some level because the integrity of the game had been compromised. Once you realize that a small group of powerful owners can manipulate one aspect of the game, even if the effects aren't world-historical, who knows what else they manipulated, or what they might manipulate in the future. You never look at the game in quite the same way.

This is about where the financial system is as a result of the LIBOR scandal. Except that, even when compared with baseball, people hadn't assumed much integrity in the first place.