Accessibility links
When Hyphen Boy Meets Hyphen Girl, Names Pile Up The practice of hyphenating last names upon marriage was particularly popular in the 1980s and '90s. Now that the "hyphen generation" is marrying and parenting, many couples are struggling with which names to keep, and which to pass down to to their children. 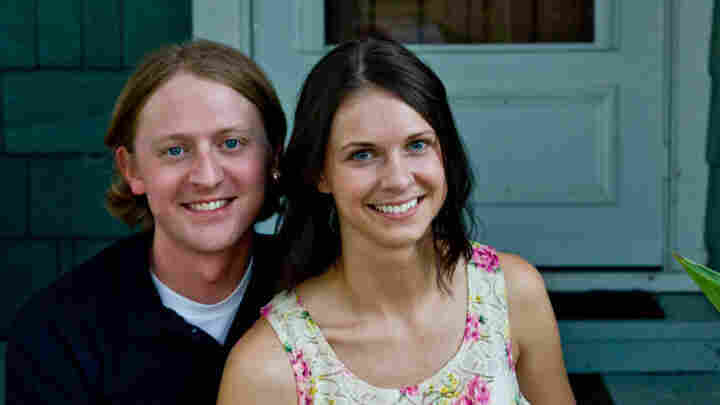 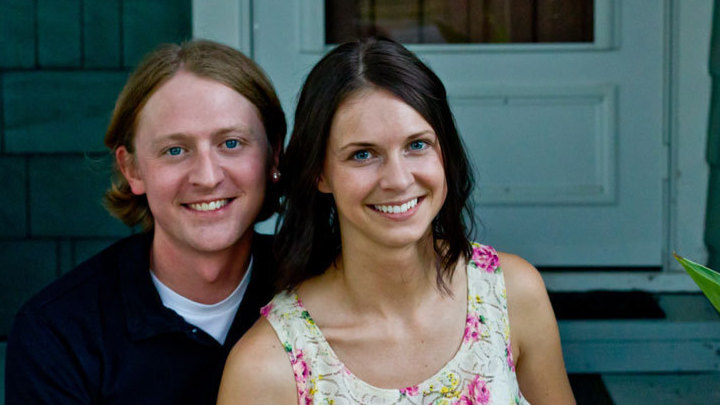 Despite many creative ideas, Brendan Greene-Walsh and Leila Rathert-Knowles have yet to hit on a good solution for their last name, should they get married.

Those born at the height of the name-hyphenating craze will be the first to tell you — having two last names can be more trouble than it's worth. There's the perennial confusion at school and at the doctor's office, and the challenge of squeezing your name onto forms.

And now that the hyphenated generation is marrying and parenting, a whole host of new tricky situations has emerged.

Take Leila and Brendan. Their story is one of those fairy tale stories of love at first sight. She was in the lobby of her apartment building when this cute guy started moving in.

Not to sound too cliche, Leila says, but "I could tell there was something different about him."

"And I saw her, and I was just happy there was at least one babe living in the apartment building," Brendan says.

The pair chatted and flirted for a bit. Those were the good old days, before they started discovering the kind of issues that inevitably pop up later. Like when Brendan first noticed the name on Leila's mailbox.

"I remember looking at hers and being like, 'Holy crap, there's another hyphenated last name!' "

We had the potential of being the McKenna-Thomas Camera-Smith household. Which sounded too much like a law firm, really.

They both hoped things would continue to go well — but they both also knew they were a pileup waiting to happen.

Brendan smirks, too. "It just rolls off the tongue, doesn't it?"

Now, four years later, these hyphenated honeys are still in love — but also still stumped on what they would possibly do if they decide to get hitched.

"I just don't have any good answers," sighs Leila.

One idea is melding. "Take, like, three letters from each name, and mix them up into a new word," Brendan explains.

Another option, Brendan says, is blind chance. "We could put all four of the names on pieces of paper in a hat, and just draw one," he says.

And there's always option "C": none of the above.

"We can go the route of Prince and just drop our last names just, be like, 'I'm Brendan.' " — The Brendan formerly known as Brendan Greene-Walsh.

Hyphenating has waned since its peak in the '80s and '90s, in part, experts say, because it's become less of a feminist statement and more of a bureaucratic nightmare.

But also — as most "hyphens" will now tell you — it wasn't really sustainable anyway. Hyphenating was destined to hit a wall after one generation. 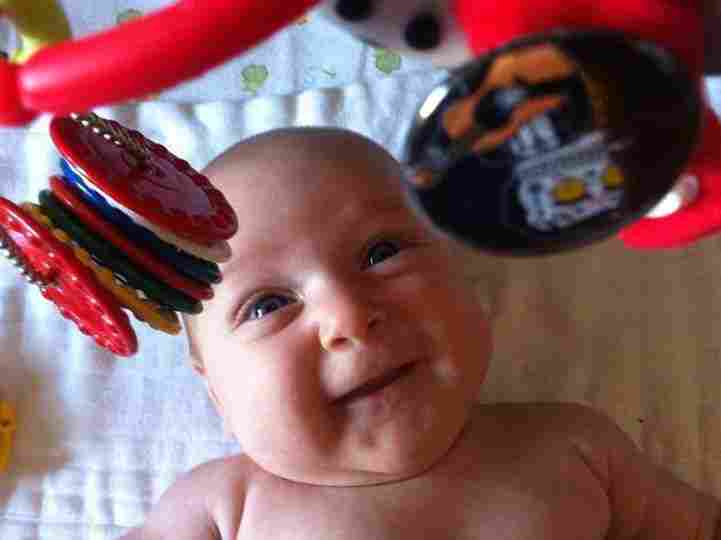 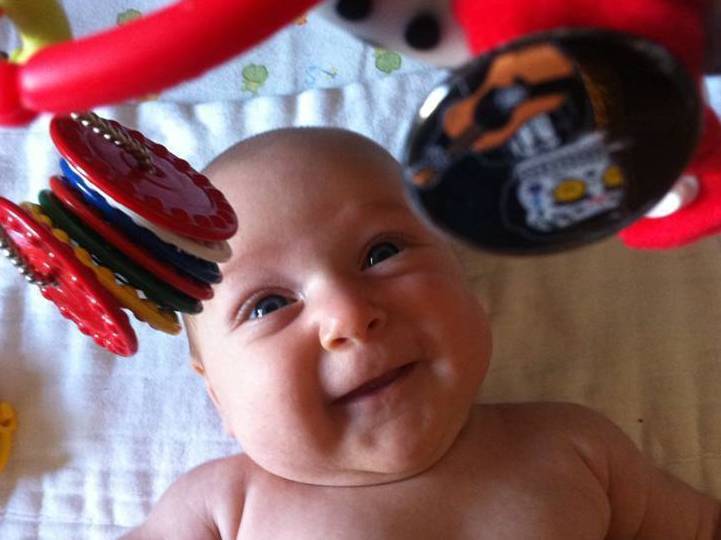 "Yeah, it was gonna happen eventually," says the man formerly known as Ian McKenna-Thomas. "And I did ask my mom, 'What were you expecting me to do?' "

His mother's answer, Ian says, was basically, "You figure it out."

Growing up, he was always teased about his name, Ian says. The big joke — what would he do if he married another hyphen? — was less humorous when it happened.

"So, sure enough, we had the potential of being the McKenna-Thomas Camera-Smith household," Ian says. "Which sounded too much like a law firm, really."

That mouthful wasn't going to fly, so the couple sat down with a family tree and counted all of their cousins. When they concluded that "Camera" was the most endangered of all their last names, they decided they'd both take that one.

They worried about offending the other family members. But at the big reveal at their wedding, the pair kept their eyes on the bride's maternal grandfather, an elderly Italian immigrant named Matteo Camera.

"He was very confused, but he did smile when we announced," Ian says. "He smiled pretty big when we told folks what we were doing."

Of course, figuring out a married name is only the beginning of the dilemma; what to name the kids can be even trickier.

Sasha Harris-Cronin says she spent years before she even got pregnant, thinking about what she'd do — and still struggled till the very last minute. "We honestly thought we might not be able to put a last name on the birth certificate," she says.

If their problem was unique to their millennial generation, so was their attempt at solving it: They turned to Facebook.

Some suggested inventing a last name, like the city where the pair met. That's a growing trend, following on the craze for creative first names.

Harris-Cronin thought about it, but decided it was silly to solve the problem of not being able to keep all their names by not keeping any.

So she and her partner settled on giving their baby three hyphenated names: "Harris-Cronin-Taylor."

But at the last minute, faced with yet again trying to squeeze her own hyphenated names onto a form, Sasha balked.

Instead, their daughter got just one of mom's last names, hyphenated with her dad's, and two middle names.

"It's weighty, but it does the trick," Sasha says. "And she won't be any worse off than I am."

And the upside, Sasha says, is that Shannon will also have one of her mom's perks: When anyone Googles her, she'll be the only one to come up.