Accessibility links
Jindal's Story Intrigues, But Can It Get Him A VP Nod? Louisiana Gov. Bobby Jindal is an Indian-American with a compelling life story. At 41, he's already had a successful political career. He could also add some buzz to the GOP ticket. But his 2009 moment in the spotlight has some Republicans worrying whether he's ready to be vice president. 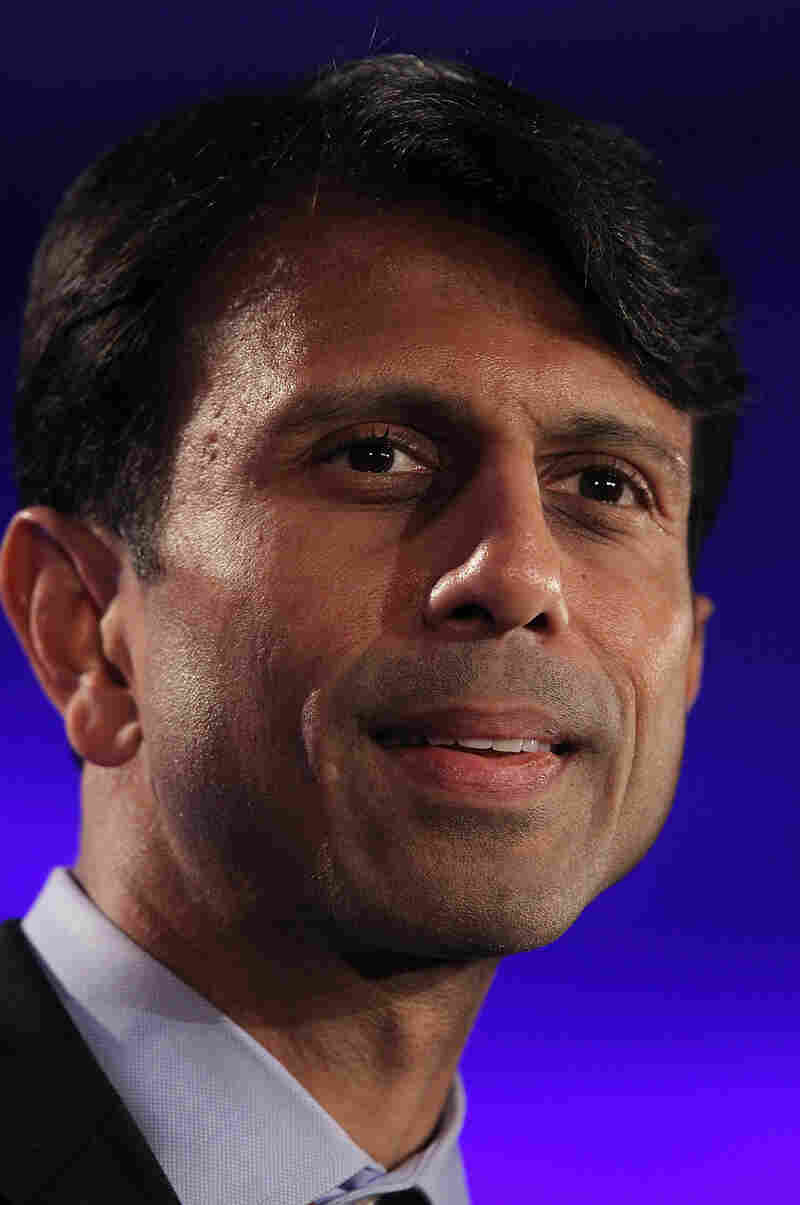 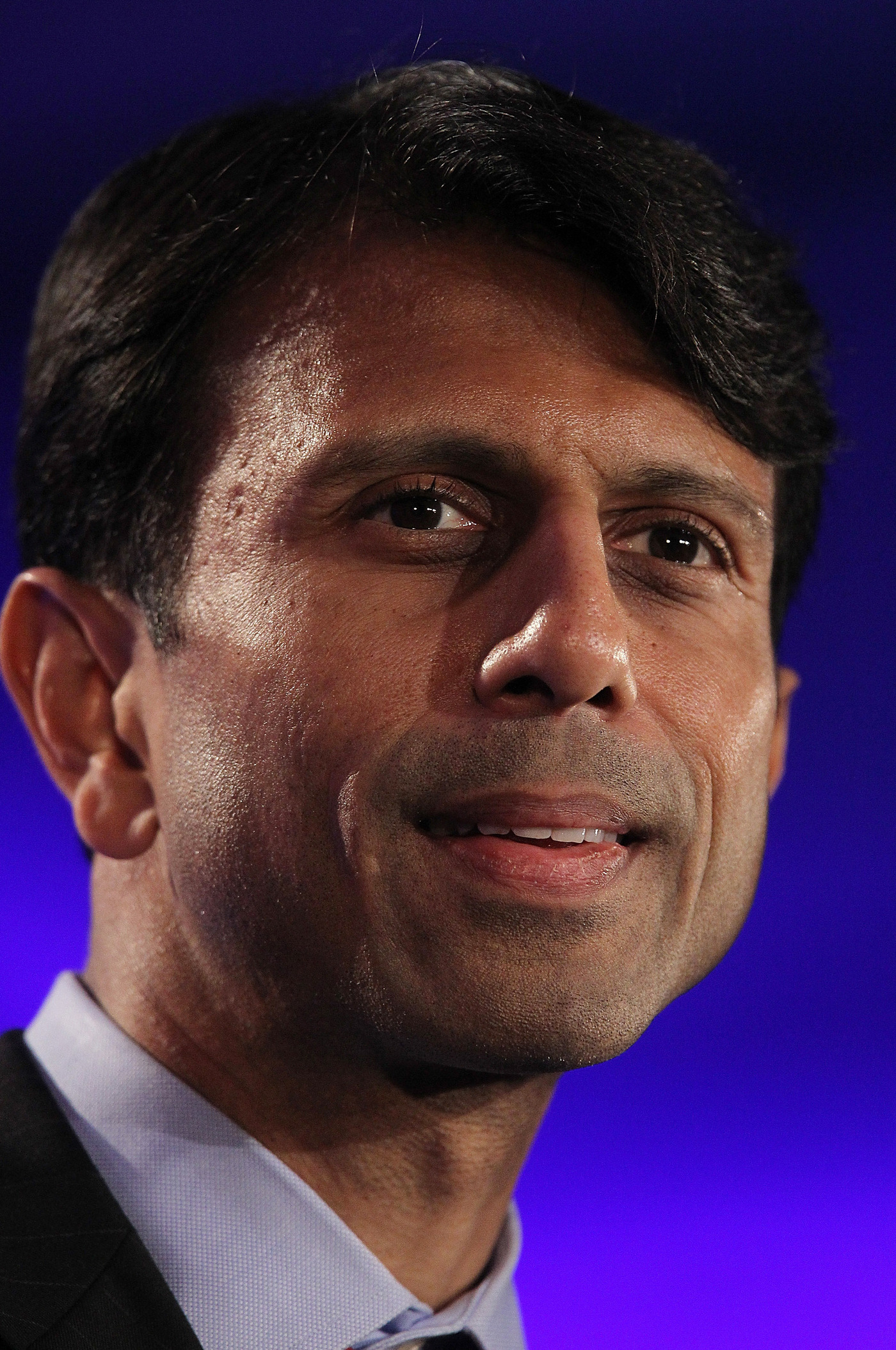 Mention Louisiana Gov. Bobby Jindal, and a lot of people still remember his 2009 Republican response to President Obama's first address to Congress. In a voice often compared to Kenneth the Page on 30 Rock, Jindal addressed viewers across the nation as if they were primary school students.

"My own parents came to this country from a distant land," Jindal said as he recounted his parents' immigration from India before he was born. "When they arrived in Baton Rouge, my mother was already 4 1/2 months pregnant. I was what folks in the insurance industry now call a pre-existing condition."

Jindal was criticized for talking about himself too much in that speech. Even conservatives called it stiff and uninspired. But now, as a surrogate for Mitt Romney, his message is polished and pointed.

"President Obama — the most liberal, incompetent president since Jimmy Carter — never ran anything, including a lemonade stand, before we elected him president of the United States," Jindal told a cheering crowd in Pittsburgh on July 6. "Let's add him to the 23 million unemployed Americans."

During the GOP primary, Jindal supported Texas Gov. Rick Perry, but now he's clearly on Romney's team — and one of the leading candidates for the GOP's No. 2 slot.

"We're referring all VP questions to the campaign," said Jindal. And then, without missing a beat, he turned the conversation back to Romney and why he'd be a better president than Obama.

Growing Up In America

Jindal was born with the first name Piyush, but he changed it after watching The Brady Bunch as a boy. From relatively humble beginnings, he developed an impressive resume. After college, he studied as a Rhodes scholar and had a stint with the management consulting firm McKinsey & Co. Then, Jindal was appointed secretary of the Louisiana Department of Health and Hospitals. He was only 24.

At 33, he was elected to Congress, and three years later, governor. 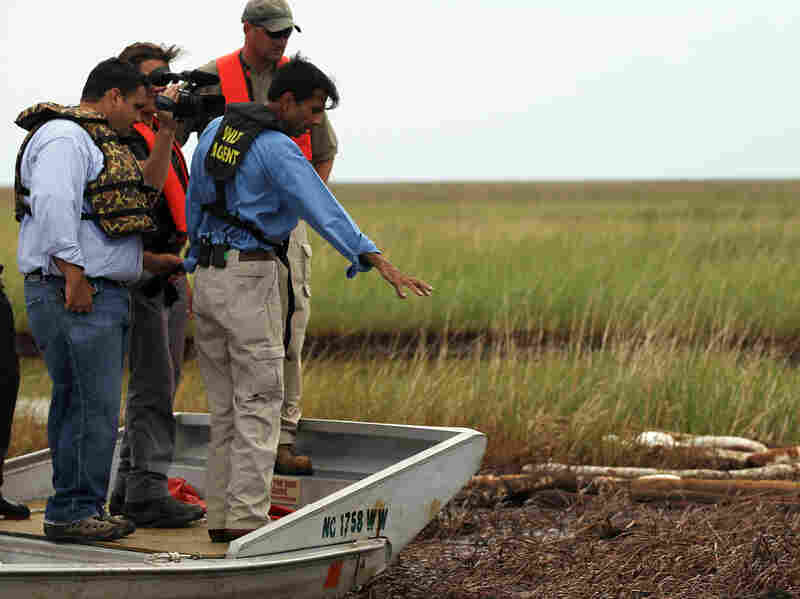 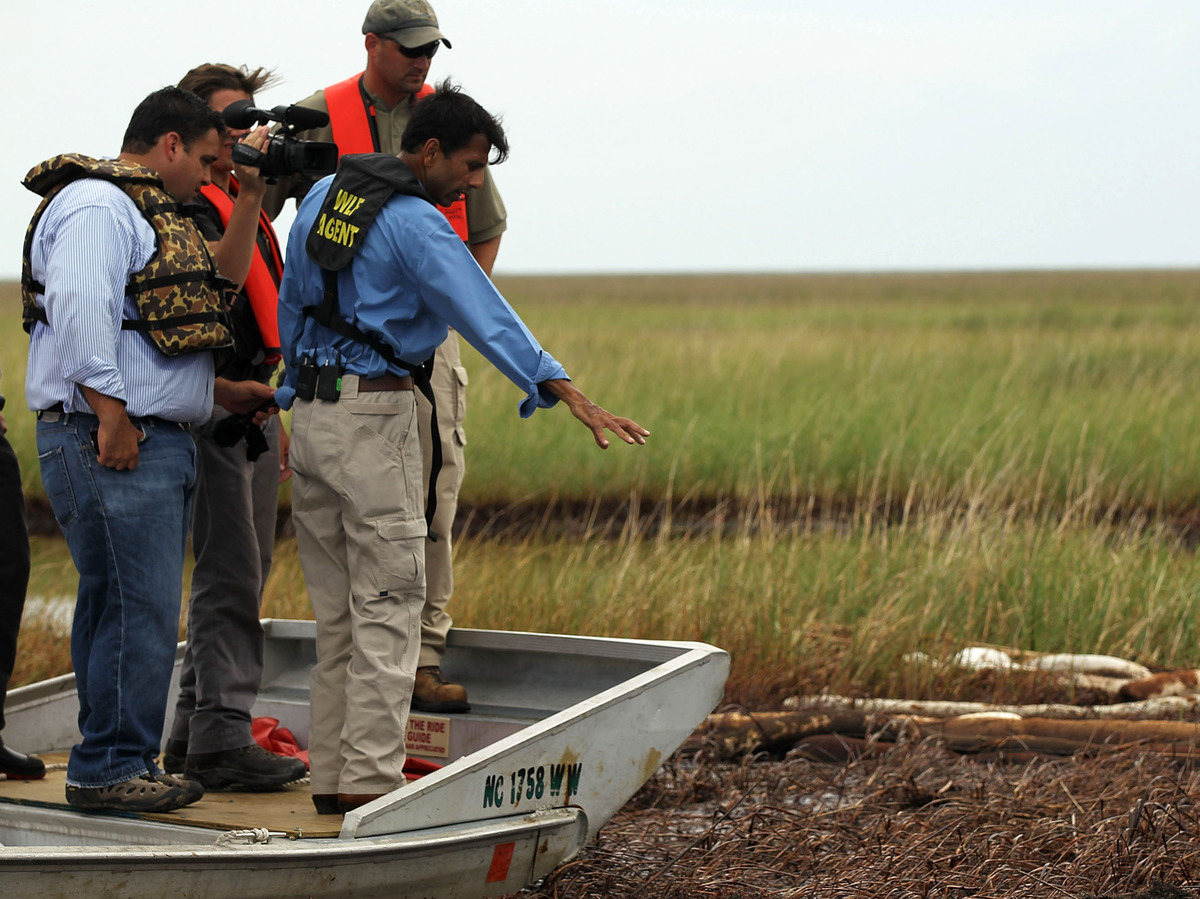 In 2008, Jindal was widely praised for leading a huge evacuation before Hurricane Gustav. That was three years after the failed response to Katrina, when the state was governed by a Democrat. He also earned high marks for his response to the Deepwater Horizon oil spill in 2010.

Jindal is also very good at raising campaign money. Through his career he has brought in more than $35 million, according to The National Institute on Money in State Politics.

"Where he does his very best is in a very small room filled with very rich people," says John Maginnis, with the political newsletter LaPolitics Weekly in Baton Rouge. "He's great — he'll lighten their wallets every time."

Maginnis says Jindal would be a safe pick for Romney ideologically. Even though 20 percent of Louisiana residents don't have health insurance, Jindal is a frequent critic of President Obama's Affordable Care Act. And even after four years as governor during tough economic times, Jindal has maintained his reputation as a fiscal conservative, says Maginnis.

"Most importantly for the Republicans, he has not raised taxes," says Maginnis. "He's even, in one case, vetoed the renewal of a 4-cent cigarette tax, which there was absolutely no opposition to."

That sort of hard-line approach appeals to an important Republican voting bloc: conservative, evangelical Christians. Jindal converted from Hinduism to Catholicism in his teens. Given his firm opposition to abortion rights and gay marriage, he's on good footing with evangelical voters.

And as an Indian-American, he would add diversity to the Romney ticket.

Many Republicans "want to be seen as an inclusive party," says Michael Cromartie, vice president of the Ethics and Public Policy Center in Washington, D.C.

But Jindal is young, only 41. "And he has the benefit of looking like he's about 20," says Cromartie, "That may not help him politically."