Accessibility links
Grace Potter On World Cafe : World Cafe The rockers play tracks from their seventh album, recorded after Potter's temporary retreat from the studio. Though the creative process was tough, the result is a masterful statement about the human condition. 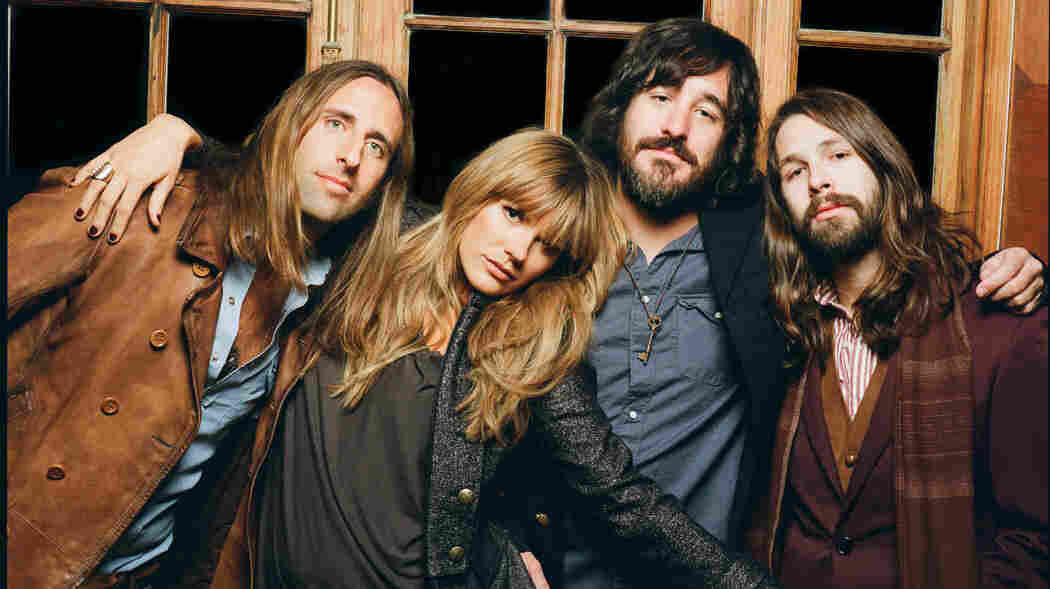 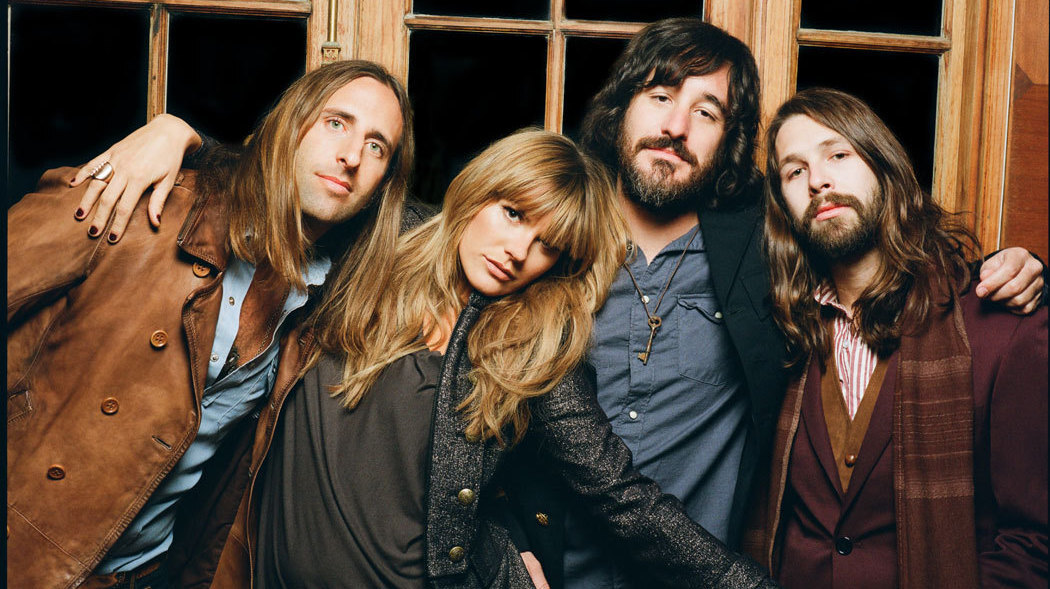 Grace Potter and the Nocturnals.

Grace Potter has been captivating audiences with her musical prowess for nearly a decade. Her talents are split between her impressive multi-instrumentalism, her impassioned singing and her energetic stage presence. Potter's band, The Nocturnals, forned after bandmate Matt Burr heard her play folk songs at a student-run venue. Coming out of Vermont with the 2005 debut Nothing But the Water, the band released the album independently before signing with Hollywood Records for a re-release.

Since then, Grace Potter and the Nocturnals have only grown in popularity. The group has released three more studio albums since its inception and has become a standard part of festival circuits. Its latest album, The Lion the Beast the Beat, was released this June, and regardless of how it reads, Potter didn't intend for it to be a concept record.

It was also their hardest album to record, as Potter wasn't happy with their first round of work. Out of concern that the album lacked unity, she pulled the plug on the process and went on a personal journey up the California coast to Big Sur. She eventually flew home to Vermont, where she began to fit the pieces together.

"The Nocturnals are such dear creatures," Potter says, "and they really got the fact that I needed to do this for myself in order to be happy. And in turn, the music was completely explosive when I got back. The songs came out very quickly. We recorded them very quickly and the band turned it up to 11 for this one."

The final result is a masterfully cohesive album built on the theme of the human capacity to do both great harm and tremendous good, and the choices that lead to each. In this session, WXPN's Michaela Majoun sits down with Potter to talk about the making of her new record. Grace Potter and The Nocturnals perform new songs at World Cafe Live in Philadelphia.