Accessibility links
From Juvie To J.D.: The Story Of A 'Runaway Girl' When Carissa Phelps was 12 years old, she was kidnapped by a pimp and forced into prostitution. Still, she was able to put her life back on track to graduate from high school, then college, then law school. 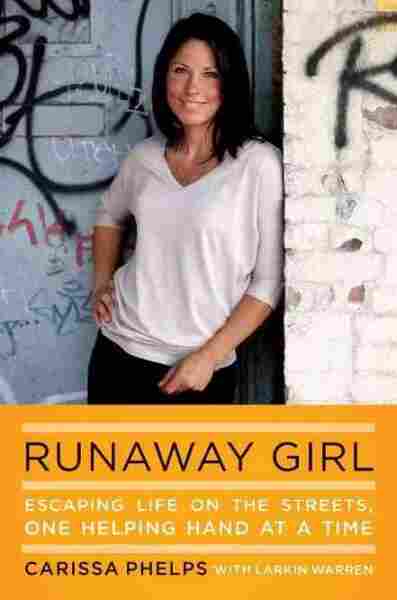 When Carissa Phelps was 12, she dropped out of seventh grade in the small town of Coalinga, Calif. Her homelife was dysfunctional and soon, she ran away.

Her life on the streets took its toll, and before long the unthinkable happened: she was kidnapped by a pimp and forced into prostitution.

The worst of it began when she was coerced and taken in by a pimp called Icey. "He just basically told me their sad story," Phelps told weekends on All Things Considered host Guy Raz.

He needed help getting his car out of impound, Icey told her, but his girlfriend couldn't make the money because she was pregnant. So Phelps agreed. "It was supposed to be just one night, and it turned into 10 horrible days."

She said grown men didn't seem to be put off by the fact that she was just 12 years old. "The thing is, it was normal to them, and it seemed normal to all these people that were on the streets," she said. "They didn't care about my age. All they cared about was that they were buying — buying time with me to do whatever they wanted."

Phelps only escaped the situation when she was in a car with Icey and they were pulled over. Icey gave a fake name, but the fake name had a warrant. The police arrested Phelps as well. "I was put in the back of a police car ... and he sat in one police car right next to me. And I felt like I was a criminal just as much as he was."

Her life wouldn't turn around for another few years yet. After she returned home, she tried to go back to high school, but soon dropped out again. "I was trying to make sense of my life," she said, "and became involved with more gangs and different types of crime, not just shoplifting. So the next year was just basically spiraling downward. Nobody believed me, what had happened on to me [on] the streets." Another low point came when she and a few friends were arrested for joyriding in a stolen car.

Then, Phelps had her lucky moment. For the joyriding incident, she received a six-month sentence to a juvenile hall, where she was sent to school.

"For the very first time, my counselors were consistent, and I was able to get into therapy, go into family therapy, group therapy, with other little girls who had similar experiences, and just receive help for what had happened."

He was interested in filming a documentary, and when Phelps briefly suggested herself as a subject, Sauvage off-handedly replied, "Well, unless you were a child prostitute, it's all been told before."

Sauvage indeed made a documentary about Phelps, the 2008 film Carissa.

Since completing her degrees, Phelps has committed herself to working with teenagers with the very kind of troubles she used to have. "I think that I'm supposed to bring this message and I really do feel like I was just a visitor in that life, in that time, to bring out the voice of kids who have been voiceless."

Read an excerpt of Runaway Girl