Accessibility links
Get Revved Up: London Cabbie Picks Olympic Reads From the ultimate Olympic reference book to an account of the last London Games, bibliophile cabbie Will Grozier recommends books that put both the 2012 Games and their host city in context. 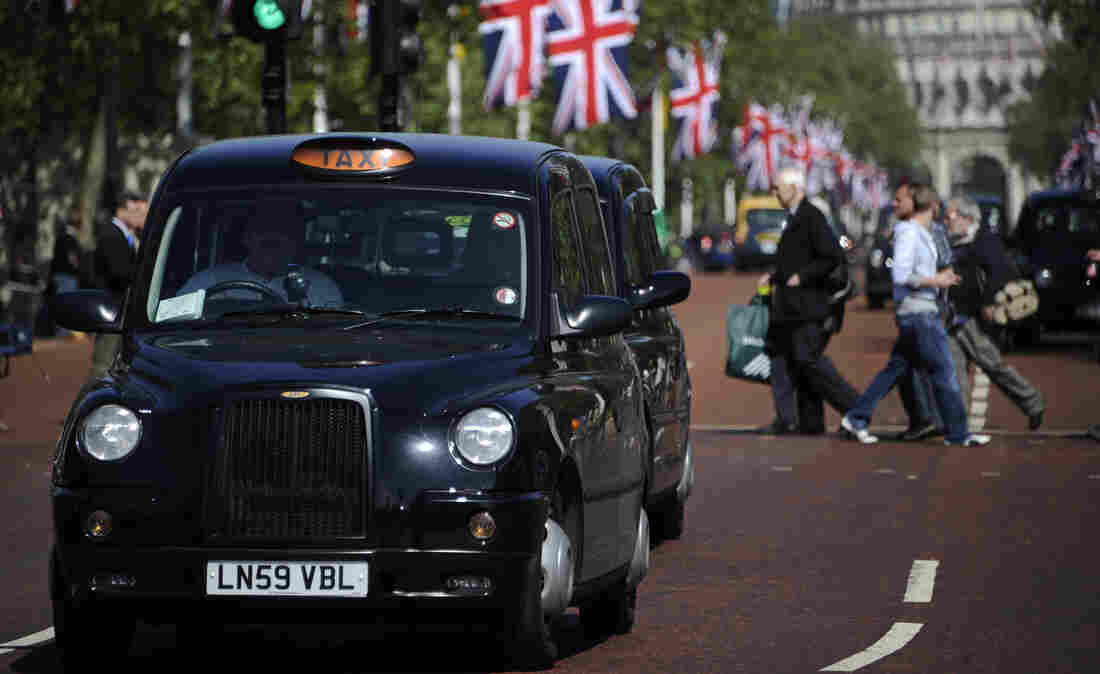 At the end of July, thousands of visitors will descend on one of the great literary landscapes of history for the London Olympics. And if they're lucky, they may find themselves getting a ride from a man who drives for a living, but lives to read. London cabbie Will Grozier occasionally joins Weekend Edition to discuss what he's been reading. Lately, he's been thinking about books for the London Olympics visitor — reads that put both the games and the host city in context. He shares his recommendations with NPR's Scott Simon.

How to Watch the Olympics

The Essential Guide to the Rules, Statistics, Heroes, and Zeroes of Every Sport

by David Goldblatt and Johnny Acton

Title
How to Watch the Olympics
Subtitle
The Essential Guide to the Rules, Statistics, Heroes, and Zeroes of Every Sport
Author
David Goldblatt and Johnny Acton

For a sport-by-sport overview of the Games, Grozier prescribes David Goldblatt and Johnny Acton's How to Watch the Olympics.

"It lists who the runners and riders are, who the past successes have been, what you have to do to win. And it's kind of a cheat's paradise because if you want to know in an instant who's likely to win [in] archery, just stick your nose in there and say, 'I'm gonna put my money on the South Koreans,' " he says. "That's one you can dip in and out of as you will. There's no great continuity there. It's a reference book, but it's a very lighthearted reference book; it's not going to tax your reader on a long flight."

When the Games Came to London in 1948

A more involved read is Janie Hampton's The Austerity Olympics, about the 1948 London Games, which took place at a time when the city was still clearing the rubble of World War II and living on ration cards.

"[They were] the games that came after the austerity. Now, some [joker] might say that this time around it's the austerity that comes after the games," Grozier quips. Back in 1948, however, the London Games helped send the message that London was back.

"I also think it set a template for what ensued in the subsequent games because much of what was admired about the best of British society — the fair play, 'It's the participation and not the winning' — it was those kinds of attitudes that kind of laid down the template for what has become today's games, although I think it's gotten a little skewed in its reliance on sponsorship," Grozier says. "But at least in 1948 they were aware that they needed foreign money coming in to make the thing balance — and they did make it balance."

The Secret History Beneath the Streets

For those looking to explore the city itself, Grozier recommends celebrated London biographer Peter Ackroyd's London Under.

"Ackroyd makes the point that London is sitting on a bed of clay, and in fact it's sinking into a bed of clay and has been doing so for hundreds of years," he says. "So what we have is the ability to dig down and rediscover our history."

For example, Ackroyd writes that the Roman era begins 25 feet down.

Lastly, for a Dickensian view of London, Grozier suggests Oliver Twist, which, he says, would coincidentally also make a great name for a gymnast.

"The mythology is, of course, that what we know of Oliver Twist is down to Lionel Bart['s musical theater adaptation] and the stage play: 'Please, sir, [I want] some more' ... and 'You've got to pick a pocket or two,' and all these archetypes that Dickens was so clever at describing for the nucleus of the play," Grozier says. "But there is a whole tranche of the novel that we have totally not mined, and it is complex."

More Recommendations From Will Grozier