Accessibility links
Making A Home For John Coltrane's Legacy Ravi Coltrane, Coltrane's son, says the house he grew up in on Long Island is a monument to the life-changing power of his father's creativity. The house is a historic landmark, but it's falling into disrepair. 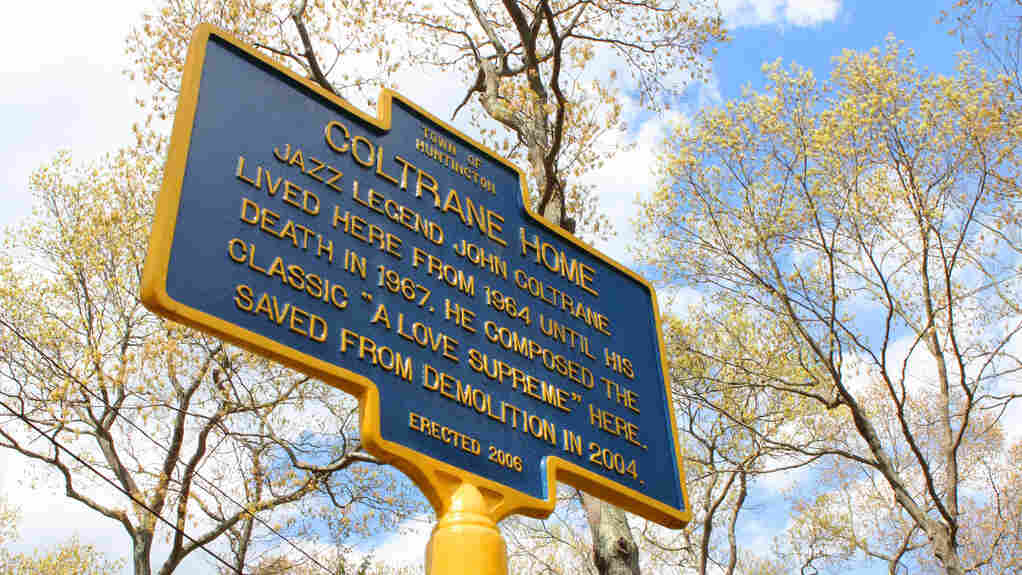 toggle caption
Courtesy of the National Trust for Historic Preservation 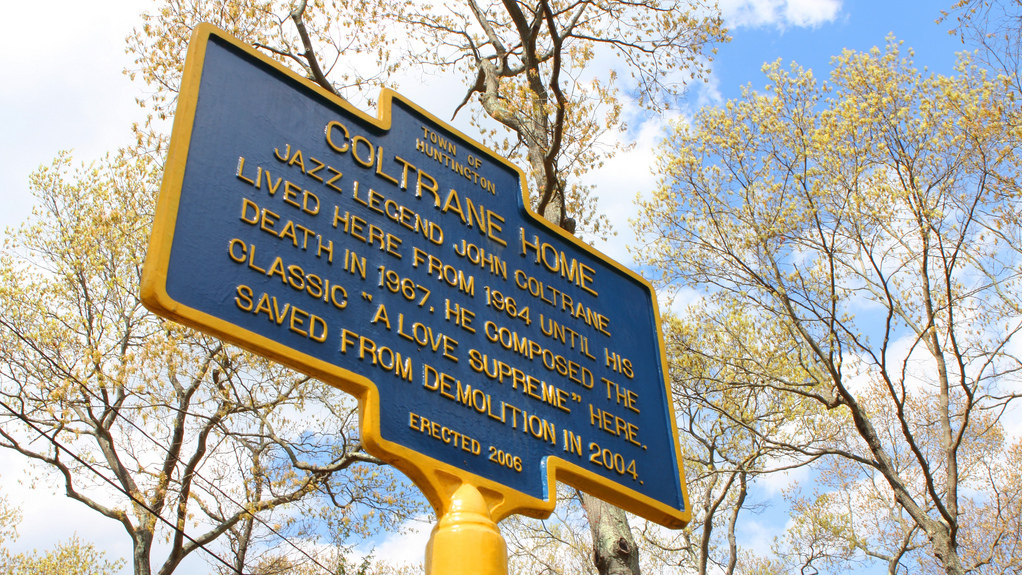 Last year, the National Trust for Historic Preservation put the Coltrane Home on a list of the 11 most endangered historic sites in the United States. Now, a group of fans and family has set out to restore it.

Courtesy of the National Trust for Historic Preservation

In 1964, John Coltrane moved from Queens, N.Y., to a brick ranch house on a 31/2 acre wooded lot in the quiet suburb of Dix Hills. This bucolic setting — 40 miles east of the city — is perhaps the last place you'd expect to find a musician creating the virtuosic jazz that Coltrane is famous for.

But Ravi Coltrane, the son of John and Alice Coltrane, who was herself a noted jazz pianist and harpist, says the woods were part of his father's creative process.

"I believe the solitude and the beauty of Long Island gave him something he had not had or experienced before," he says. "Clearly it affected the way he conceived."

Ravi Coltrane was born in 1965 and lived in the Dix Hills house until he was six.

"This is my sister's room over here. Michelle — this is her bedroom," he says. "This was the boys' room back here; this is the room I shared with my two brothers, John Jr. and Oran."'

But, Ravi Coltrane says, not all is as it was: The Coltrane Home in Dix Hills has fallen into disrepair in the 45 years after his father's death.

Many, including Ravi Coltrane, are trying to preserve the historic property. The driving force behind the effort is Steve Fulgoni, a music store owner, amateur saxophonist and a huge Coltrane fan. He first visited the house in 2004.

"I was looking around, and I looked in the corner, which I think was in this room, and all there was was one newspaper," Fulgoni says. "I picked up the newspaper, and I looked at the date, and the date of the newspaper was July 17, which was the anniversary of his death. And I said to myself, 'I need to do something.'"

That same year, he founded The Friends of the Coltrane Home. Fulgoni petitioned the town of Huntington, N.Y., to declare the site a historic landmark, and two years later, to purchase the property and designate it a public park.

But it's a long way from becoming a museum. The paint is peeling, the roof needs repair, the window frames are rotting and the gutters are dangling from the eaves.

Last year, the National Trust for Historic Preservation put the Coltrane Home on a list of the 11 most endangered historic sites in the United States.

Fulgoni says the site is important not only because Coltrane and his family lived here, but also because it's a symbol of the musician's triumphs over drugs and alcohol.

"In 1957, he secludes himself in his mother's house in Philadelphia, secludes himself for a week or two, and rids himself of all the demons that the jazz musicians went through at that time," Fulgoni says. "He says, 'If I am able to clean myself up, I will dedicate the rest of my life to God, to being a good person, to being on a mission to help other people.' And he did — it culminates here in 1964, in a room upstairs, he puts that to music."

That culmination was John Coltrane's four-part suite, A Love Supreme, which he composed in the summer of 1964. Widely regarded as one of the greatest jazz albums of all time, A Love Supreme sold more than a half-million copies by 1970, a number that eventually doubled.

'A Force For Good'

In the liner notes, Coltrane wrote that the record was a Psalm of Thanks to God for the spiritual awakening he experienced, and the privilege "to make others happy through music."

Coltrane described his philosophy in a 1966 interview in Japan.

"I believe that men are here to grow themselves into best good that they can be — at least, this is what I want to do," Coltrane says. "I am supposed to go to the best good that I can get to. And as I'm going there — becoming this — and when I become, if I ever become, this will just come out of the horn. Good can only bring good."

"He said himself, he wanted to be a force for good," says Ravi Coltrane. "It's like 'Wow, OK, how do you do that with this brass instrument with buttons on it?' He used sound to achieve those goals."

Ravi Coltrane is 46 years old now — six older than his father was when he died of liver cancer in 1967. Ravi lives in Brooklyn with his wife and two sons of his own. Like his father, he plays tenor and soprano saxophone, and has a new album, called Spirit Fiction.

He says he wants to preserve the Coltrane Home in Dix Hills as a symbol of what his parents stood for.

"This house for me, it's history. It's my own history, but it's also the great history of John and Alice Coltrane," he says. "If some day it can stand as a museum, or cultural center, that can continue to spread their message of creativity, and really truly embracing the inner voice, for the betterment of the exterior world. I would be thrilled if this house could some day be a monument for those things."