Accessibility links
New Edition Includes 39 Different Farewells To 'Arms' Ernest Hemingway famously told The Paris Review that he'd rewritten the ending to A Farewell to Arms 39 times before he was satisfied. Those endings — and more — are being published in a new addition to the classic novel. But the writer's grandson, Sean, says Hemingway always knew the book would end sadly. 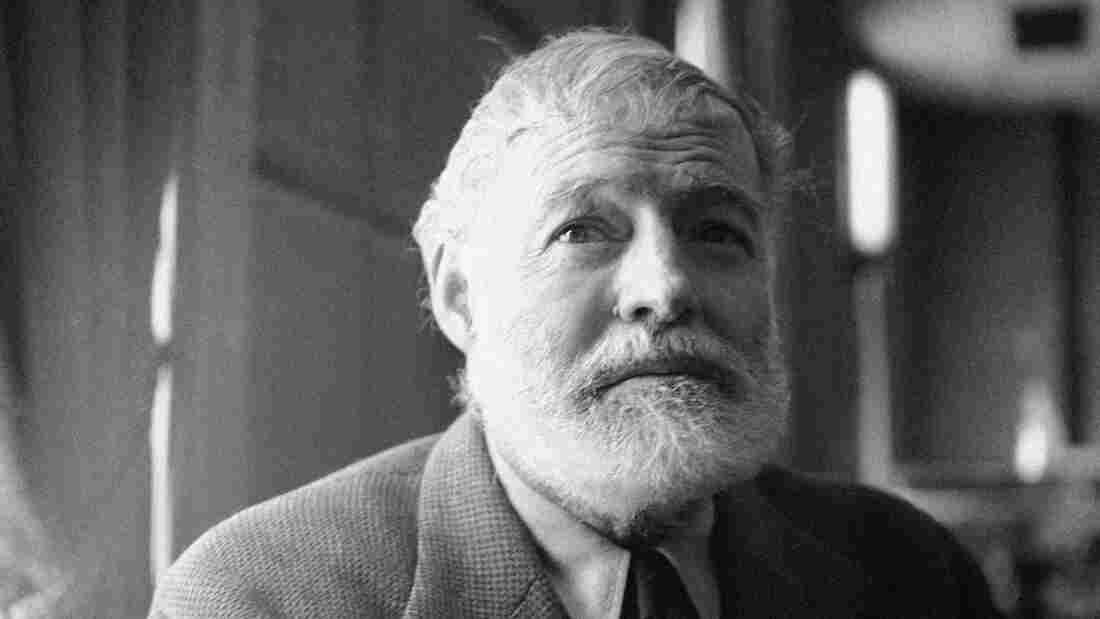 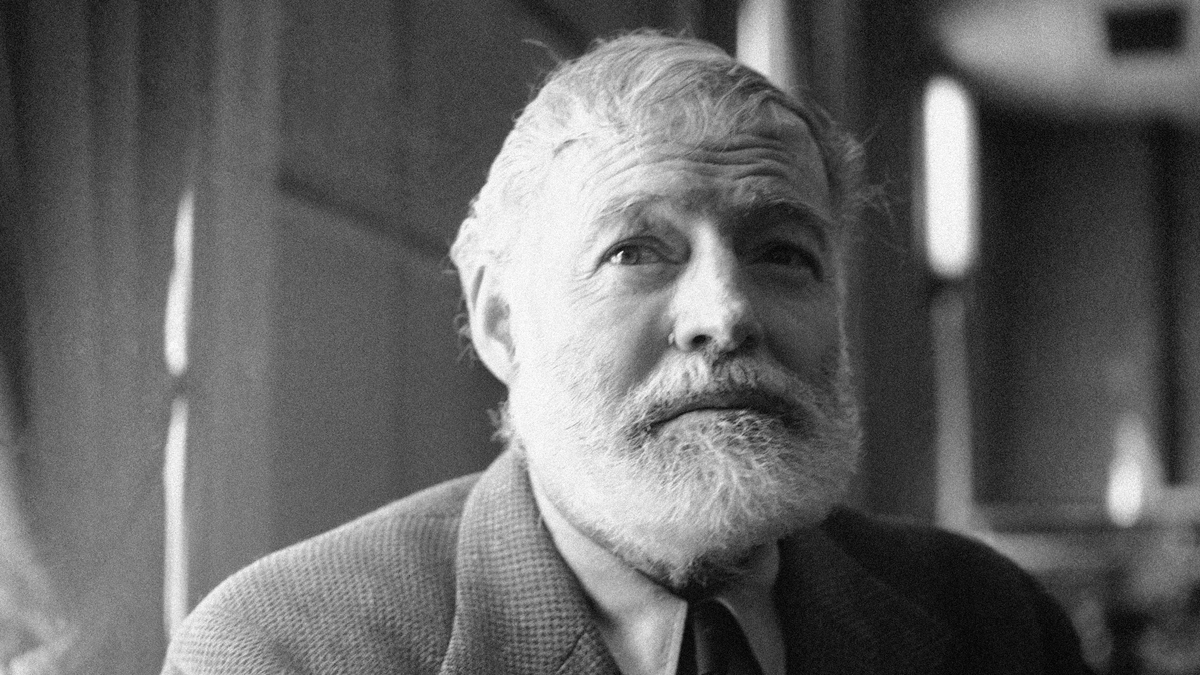 Ernest Hemingway first published A Farewell to Arms in 1929.

Ernest Hemingway began his second novel, A Farewell to Arms, in 1928. He says, in an introduction to a later edition, that while he was writing the first draft his second son was born, and while he was rewriting the book, his father committed suicide. He goes on to say, with his famous economy, "I was not quite thirty years old when I finished the book and the day it was published was the day the stock market crashed." 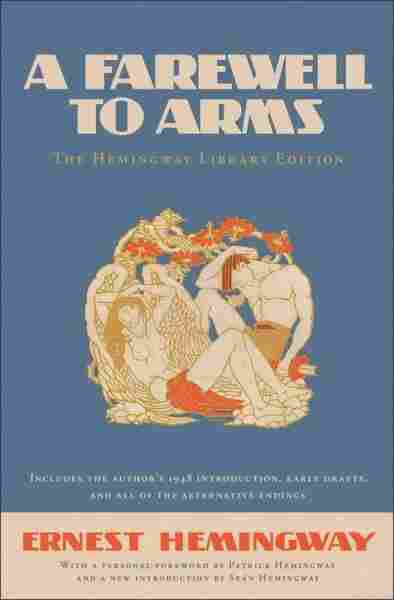 A Farewell to Arms

Now we have a new edition of A Farewell to Arms, the great novel of World War I. And for the first time in print, it includes all the endings to the story that that Hemingway considered — and there were a lot of them. In 1958, Hemingway told The Paris Review that he rewrote the ending 39 times before he was satisfied.

The new edition also comes with an introduction by the writer's grandson, Sean Hemingway, who tells NPR's Linda Wertheimer that he found a whopping 47 alternative endings hidden away in his grandfather's papers. "Which pretty much bears out — depending on your definition of an ending, since some of them are fragments — his statement," he says.

Spoilers ahead if you're one of the people who have not read it yet: Arms tells the story of an American man who volunteers as an ambulance driver in Italy during the war and falls in love with a beautiful English nurse who dies, tragically, in childbirth after the couple escape to Switzerland together. The ending, famously, leaves readers in tears — but what alternatives did Hemingway consider?

"I like the live-baby ending, the ending in which you consider that the baby lives," Hemingway says. "And it's interesting that my uncle Patrick's birth was the grist for the creation of the novel, because he was born exactly at the time my grandfather was writing the book. And of course, he did live, but my grandmother had a very difficult birth."

The alternative endings help readers see Ernest Hemingway's thought processes — but they were never going to be real. Hemingway himself wrote, in a 1948 introduction to the book, that he always knew it would be tragic. "To my mind, in looking at all the different endings, the one that he did settle on is the most powerful," his grandson says. 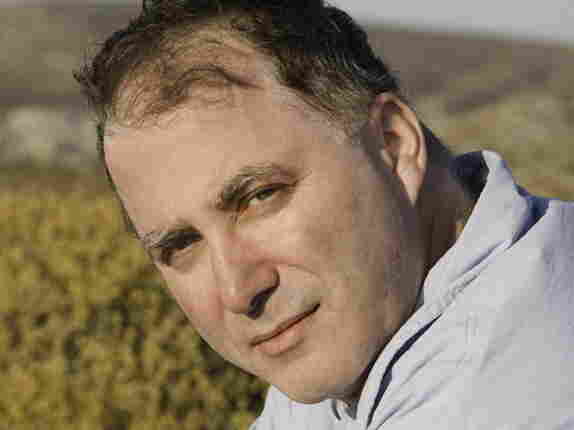 Sean Hemingway, grandson of the famous novelist, authored an introduction to the new edition of Ernest Hemingway's classic A Farewell to Arms. Bruce Schwarz/Simon and Schuster hide caption 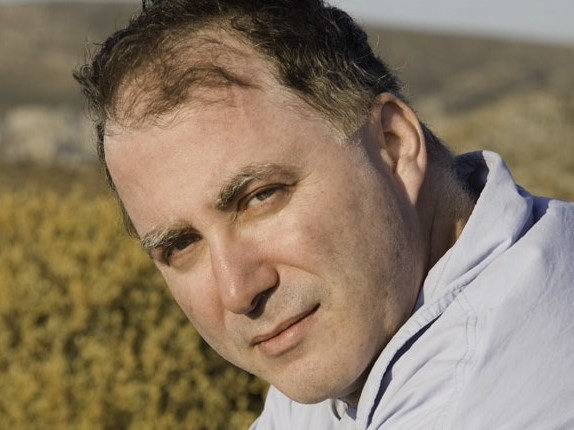 Sean Hemingway, grandson of the famous novelist, authored an introduction to the new edition of Ernest Hemingway's classic A Farewell to Arms.

Hemingway was famous for his spare, declarative style. Sean Hemingway says his grandfather operated on the principle of the iceberg: "for the part that shows, there's seven-eighths more underwater," he says. "In many ways, I think this example of the ending of A Farewell to Arms is really perhaps the best and the finest example of this in his writing, where you can really see all the endings and how he worked towards this final ending, which although it's really short ... you see all the emotion that he put into it, and that he left out in the end, but it's still there, sort of under the surface."

Hemingway says he first read his grandfather's book as an exchange student in Italy. And while he can't remember his initial reaction to it, he says subsequent rereadings packed a powerful punch. "It gets me every time I read it," he says. "It's that moment of realization, which doesn't hit, you're almost in shock, when a person actually dies, but when it hits you, and that's the moment he ends with, and I think it's so powerful, and it does bring me to tears when I read it."

Read an excerpt of A Farewell to Arms