Accessibility links
First Listen: Christian Scott, 'Christian aTunde Adjuah' The trumpeter and composer has created a double album that extends his jazz inheritance as it acknowledges the past — from Africa through New Orleans and New York — that has made him who he is today. 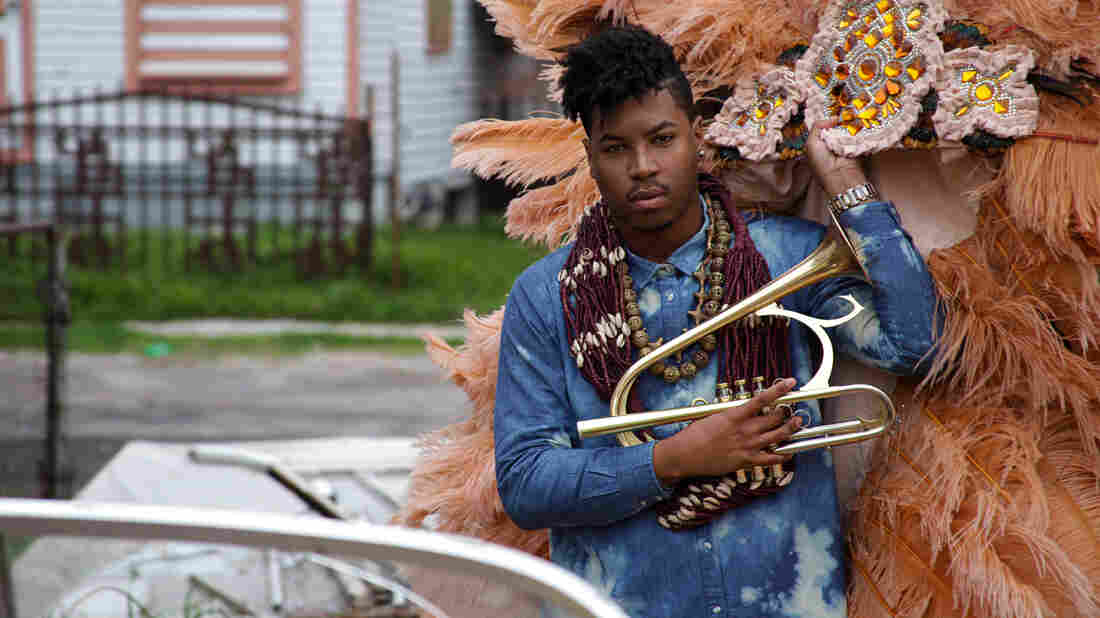 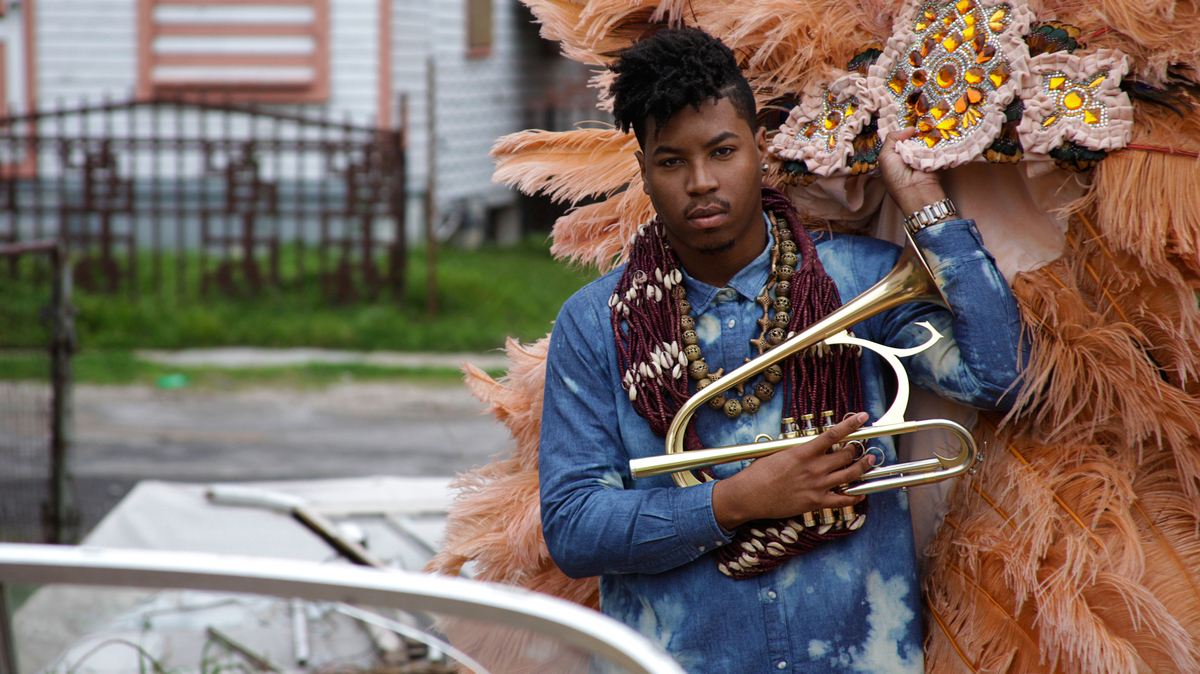 Kiel Adrian Scott/Courtesy of the artist

The collage artwork for the new Christian Scott double album seems to show the trumpeter and composer in a ceremonial outfit: full jacket, ornate beadwork, headdress and pink feathers jutting out in every direction. If you know about his personal history, you connect the dots quickly. He has long been "masking Indian" in the long-standing Mardi Gras tradition of his family — and of the black communities of his native New Orleans — and the album cover can be processed as a statement of pride in his heritage. Indeed, Christian aTunde Adjuah is even named that way — Scott has recently adopted the names aTunde and Adjuah as a way of declaring his West African past.

Look closely at the center image, though, and you'll see things that don't quite fit. The jewelry doesn't match; the pink comes from a salmon-colored button-down. And the pose, accented with kinky pompadour and goatee stubble, is one of arch confidence as he stares into the indeterminate distance. It lends itself to an different narrative, one of a young man declaring himself something apart from a history he still claims.

It's hard to hear typical New Orleans styles in Christian Scott recordings, at least explicitly. He might give you a prompt to chew on, stating his inspiration in titles like "New New Orleans (King Adjuah Stomp)" or "Of Fire (Les Filles de la Nouvelle Orleans)," but it often comes out as a clarion trumpet, sometimes muted or drenched in reverb, surfing the wave of a prepared piano or driving guitar vamp. (It's often mastered to be very loud, too.) Scott has taken to calling what he does "stretch music," a widening of the boundaries of jazz to incorporate other textures, notably rock and hip-hop. For stretching the sonic fabric, much credit goes to his core quintet of several years — Matthew Stevens (guitar), Lawrence Fields (piano), Kris Funn (bass), Jamire Williams (drums) — and on this recording, saxophonists Kenneth Whalum III (tenor) and Louis Fouche IIII (alto) and trombonist Corey King join in a few tunes, too.

Scott doesn't shy away from weighty titles fraught with political and personal significance. Christian aTunde Adjuah opens with "Fatima Aisha Rokero 400," about a brutal sexual assault on Sudanese women; he protests the jailing of a homeless woman in "vs. the Kleptocratic Union (Ms. McDowell's Crime)"; laments the Trayvon Martin and Marissa Alexander cases in "When Marissa Stood Her Ground." But other statements are more personal, about his artistic direction ("Who They Wish I Was"), his twin brother and mother ("Kiel" and "Cara") and his Mardi Gras Indian history ("Spy Boy/Flag Boy"). At least on this album, however much Scott talks about where he's going, he also makes sure to acknowledge where he's from.