Experimental Fiction At Its Finest — And Funniest

Experimental Fiction At Its Finest — And Funniest 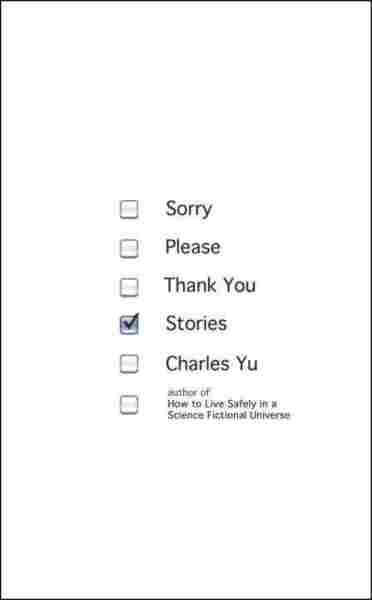 Experimental fiction in North America began with a genius of a doyen in Paris: Gertrude Stein, whose aesthetic assertion that writers shape and form and reform the medium of language the way sculptors work with stone, painters work with light and shape and composers work with sound, changed Hemingway forever and, thus, changed the nature of the American short story — or the American art story, at least.

So much for the Irish storywriter Frank O'Connor's waggish remark — leading from the strength of his strong realist tendencies — that experimental writing is "what looks funny on the page." O'Connor meant us to think of "funny" as odd, curious and not very rewarding. But if you think of the founding father of the experimental novel, patriarch Jimmy Joyce, funny on the page in Ulysses often meant funny ha-ha, as well as dramatically comical, mood-transforming and thought-provoking.

By both standards, one dismissive and the other adulatory, Sorry Please Thank You, Charles Yu's latest collection of short fiction, seems experimental and, at the same time — not always true of the experimental fiction in our time — wonderfully and often comically pleasing, even as it provokes and transforms. I don't know that there's a better story-bending talent at work than Yu since the rise of George Saunders.

"I am you. And you are me. Are we the same person? Depends on what you mean by person ..." We find this in the middle of a long riff titled "Note to Self," in which Yu corresponds with his alternate self. The story builds out rather delightfully from the notion of multiple persona-alities produced by fiction employing the writer as a character. We flow along in these pages with Yu's interrogatory seriousness as play. But there's as much play turning seriousness when you think about the echoes in the story of "I Am the Walrus," and the spliff-induced self-investigation that permeated the Sixties. "I am you, and you are me, and we are altogether ..."

Yu inhabits the house of mirrors originally built by Jorge Luis Borges in his story "Borges and I."

Borges and the Beatles! That's the world of Yu, in which he makes much of the richness of modernism — employing any technique, various stylistic turns, and any bit of information and news from ordinary life in order to make extraordinary art — with the intent to move beyond entertainment to something that borders on instruction or enlightenment. Those who think the world got created yesterday might think of this as "conceptual" story writing — or, to use Borges' oft-employed term, making "fictions." If you take a longer view you can see that Yu's success has many parents, from the oft-quoted Stein, the tone of Hemingway and Beckett, Virginia Woolf's fanciful short creations (as in, say, the story "Kew Gardens"), Calvino's game-faced fantasies and the low-key but powerful satire of Kurt Vonnegut.

What, you may say, is going on in Sorry Please Thank You that leads to all this name-dropping? 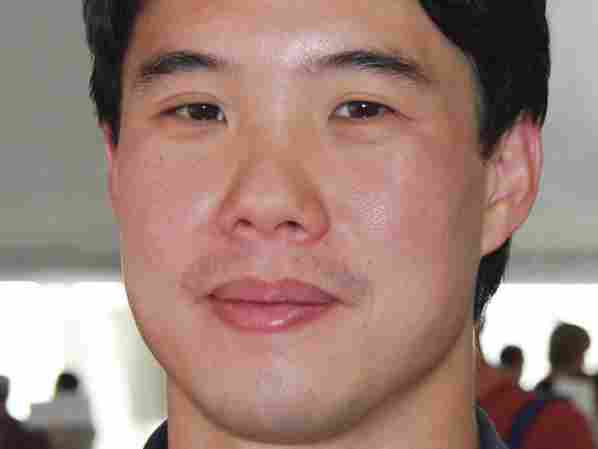 Charles Yu is the author of How to Live Safely in a Science Fictional Universe and Third Class Superhero. Larry D. Moore/Random House hide caption 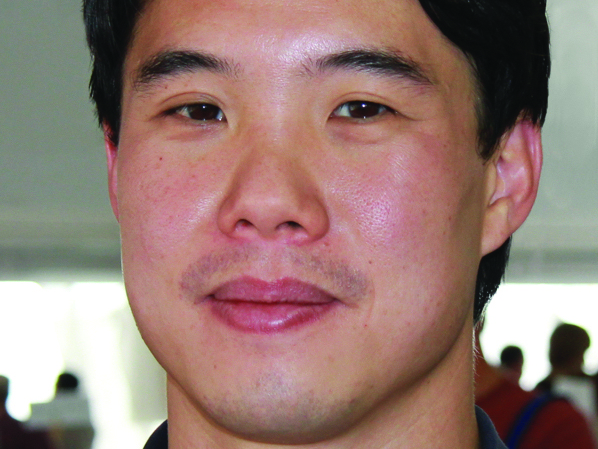 Charles Yu is the author of How to Live Safely in a Science Fictional Universe and Third Class Superhero.

"Standard Loneliness Package" announces that a sly, nimble fantasist with a speculative edge is at work here. As the narrator immediately makes known, he is employed by a company that outsources human emotion. From the pain of root canals to the depths of grief, every variety of suffering has a price, and our man has done it. But by the end of this nimble and adroit piece of work, the narrator appears to be suffering from an emotional condition from which he does not care to be free.

Yu manages this deft balance of experimentation and emotion even with such banal material as a video game, in a story called "Hero Absorbs Major Damage," a parody of a manual for human behavior ("Human for Beginners") in which we first meet a character who calls himself "Charles Yu"; in "Open", a para-Borgesian tale in which a door hovers in the middle of a room, inviting the characters to enter; and in the title story, a plaintive suicide note that ends things for the writer of the note and for the collection itself.

"What shapes can the world take?" Yu asks in the middle of a lot of white space halfway through that manual on how to live. "A torus," he says, "a saddle, a Euclidean plane, on a brane, on a string, in a hologram, on a speeding train, in an infinite loop, a thirty-second universe, a maximal entropy universe, a backward-arrow-of-time universe. A no-causality universe."

Or a tour-de-force experiment in short fiction?