Accessibility links
Romney's Foreign Agenda: Listen, Learn, Olympics The Republican candidate, a man with a lot of domestic policy experience, is now trying to demonstrate his proficiency with international affairs. Aides stress that the journey to the U.K., Israel and Poland will include little in the way of political attacks or policy announcements. 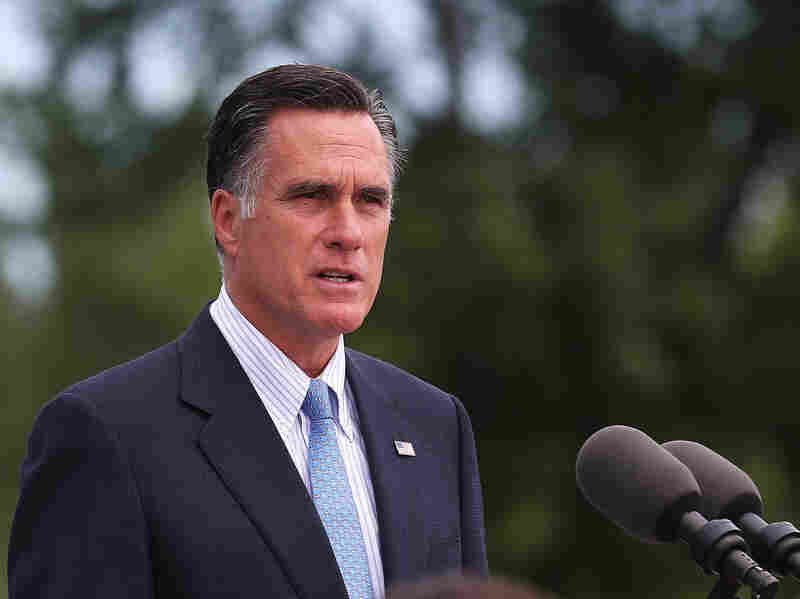 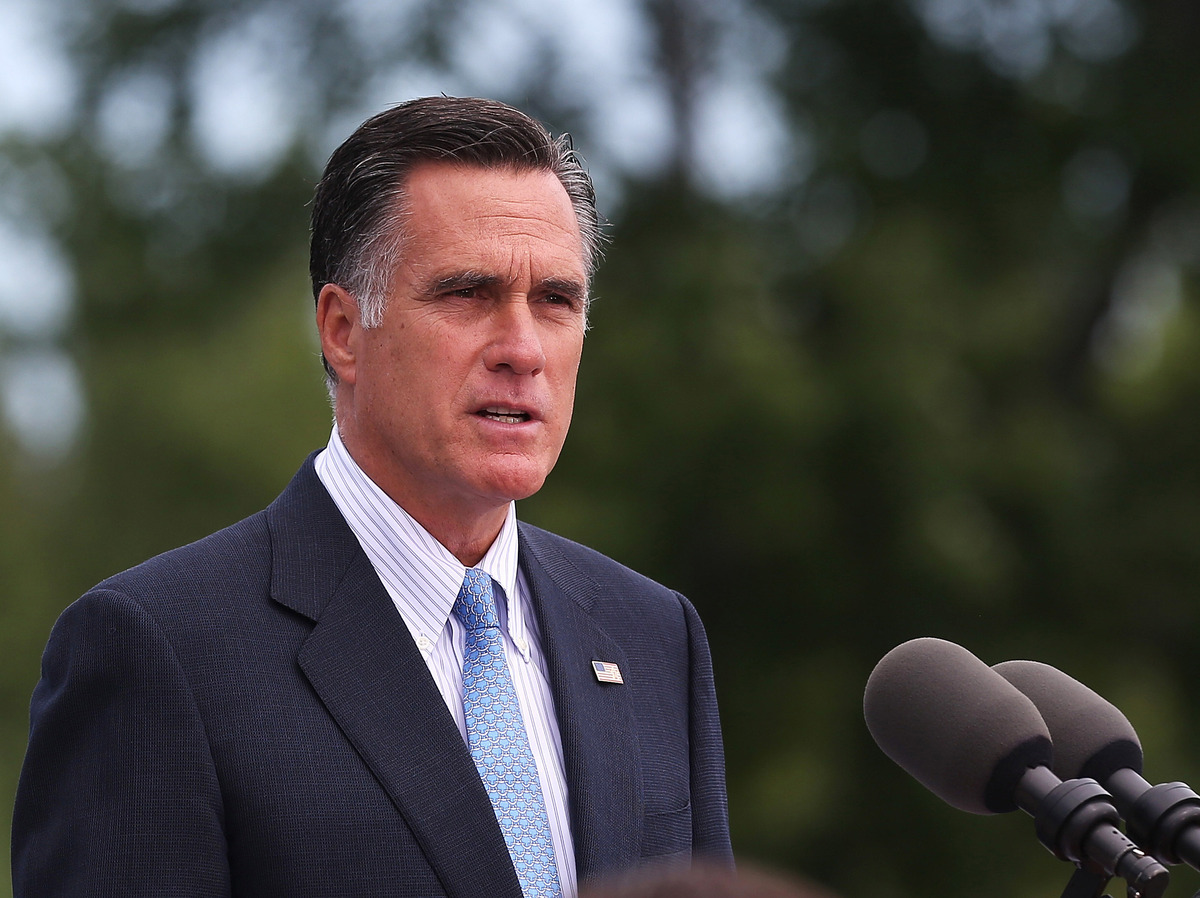 Republican presidential candidate Mitt Romney speaks to the Veterans of Foreign Wars in Reno, Nev., on Tuesday. It's a sort of launching pad for a foreign trip that will take Romney to three countries over the next week: the United Kingdom, Israel and Poland.

Romney, a man with a lot of domestic policy experience, is now trying to demonstrate his proficiency with international affairs.

For anyone wondering what the trip is all about, Romney aides left no ambiguity in a recent conference call with reporters, saying repeatedly that it was an opportunity to "listen" and "learn."

What exactly does that mean?

For one, it means Romney won't do much attacking on this trip. American political tradition generally dictates that criticism of the president stops at the water's edge.

And press secretary Andrea Saul says Romney intends to follow that rule. "The contrast will be kept here in the States," he says.

That makes this trip different from Barack Obama's 2008 campaign tour, which took him to several countries, including Iraq, Afghanistan and Germany — where hundreds of thousands of people turned out to hear the candidate speak in Berlin.

"I know that I don't look like the Americans who've previously spoken in this great city," the future president said.

Robert Gibbs, who was the Obama campaign spokesman on that trip, reminded reporters Monday that the itinerary was heavy on policy.

"The question, I think, for Gov. Romney is whether this trip will be similarly substantive and live up to the bar that was set in 2008, or whether this is one long photo op and fundraising tour," Gibb said.

Romney has scheduled big money events in England and Israel. In London, his fundraising hosts include lobbyists and banking executives associated with the LIBOR rate-fixing scandal. That has brought criticism from some British members of Parliament.

Romney's main public focus in London is the Summer Olympics, which begin Friday. The campaign hopes to call attention to his work turning around the 2002 Winter Olympics in Salt Lake City, Utah.

Then in Israel he will meet with Prime Minister Benjamin Netanyahu. They've known each other for decades, and Netanyahu told CBS's Face the Nation that he'll give Romney more or less the same advice he gave candidate Obama four years ago.

"I'll tell him about Israel's desire for peace, and also about Israel's concern with the arming of Iran with nuclear weapons. Unfortunately, it's still with us four years later," he said.

The Romney campaign notes that Obama has not yet visited Israel during his time in office. Romney has promised that as president, his first foreign trip would be to Israel.

Robert Danin of the Council on Foreign Relations says that demonstrates how important this trip is for domestic electoral politics.

"Israel is popular in the United States, has a strong standing not just among American Jews but, more importantly in electoral terms, with evangelical Christians and others," Danin says.

In addition, Americans living abroad counted for almost 700,000 ballots in 2008.

The final stop of Romney's trip is Poland, where he will give another public speech in Warsaw.

Danin says this itinerary is clearly designed to emphasize allies and shared values — not pressing foreign policy crises. The rise of China, the Afghan war, the Arab Spring and the European economic crisis will all take a back seat to broad themes of liberty and freedom.

"The fact that he's not visiting difficult countries, let's say — places where he would have a lot to learn but maybe where the conversations may also be difficult — is somewhat striking," Danin says.

In April, a Washington Post-ABC News poll showed that voters trust the president to do a better job handling foreign affairs than Romney, by 56 percent to 37 percent. One way to measure whether this trip is a success is to see if that gap shrinks after Romney returns home.