Accessibility links
Elton John: Stigma Is The Biggest AIDS Battle Elton John spent the 1980s watching loved ones die from HIV and AIDS. Then he met Ryan White, a young hemophiliac shunned after he contracted HIV. White's struggle and death marked a turning point for John, who has since grown into a vocal advocate for AIDS research, prevention and treatment. 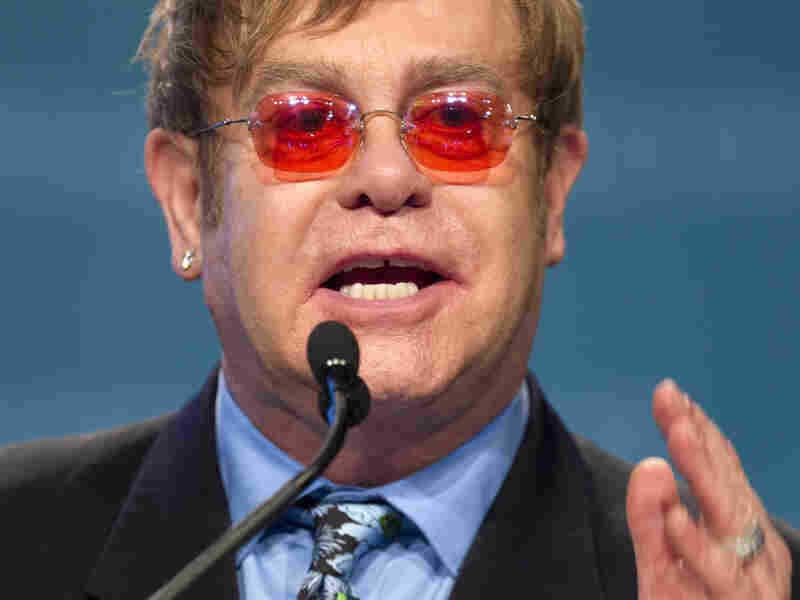 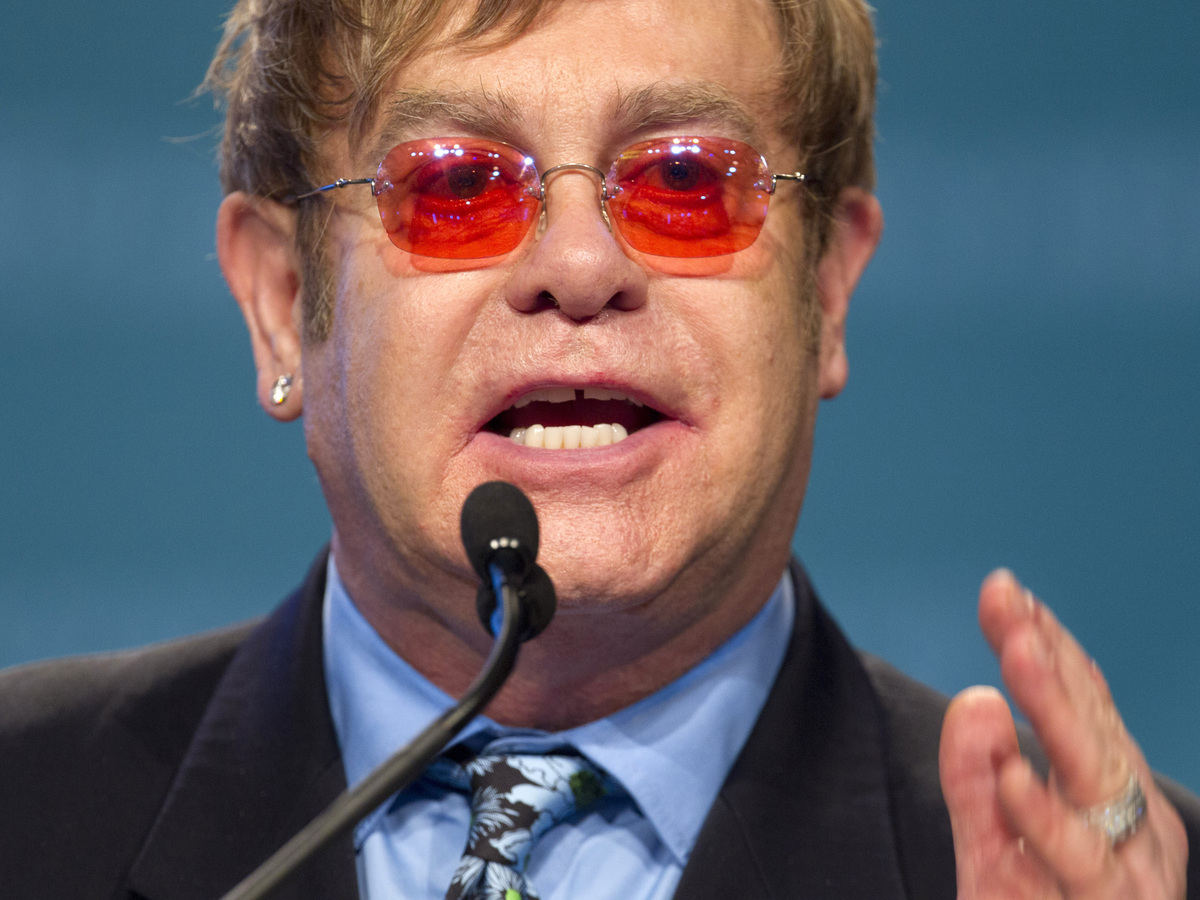 Elton John speaks at the International Aids Conference in Washington, D.C., on Monday.

During the 1980s, musician Elton John watched many of his friends and loved ones suffer and die from HIV and AIDS. Lost in a drug-fueled haze, he says, he did nothing to help people with the disease.

Then he met Ryan White, a teenage hemophiliac who was shunned by his community after contracting HIV. Ryan's struggle and eventual death marked a turning point for John. He entered rehab and became a vocal advocate for AIDS research, prevention and treatment, creating the Elton John AIDS Foundation.

On Monday, John gave the keynote address at the International AIDS conference in Washington, D.C. NPR's Neal Conan talks with the Grammy-winning musician and activist about his new book, Love Is the Cure: On Life, Loss and the End of AIDS.

On his early foray into activism: delivering meals to AIDS patients

"When I first moved to Atlanta, I went on my first AIDS march, which was uplifting. And then I decided to volunteer and deliver meals to people who were terminally ill, basically, and who wouldn't open their doors, or we'd knock on the doors, and we'd leave the food outside, and then you'd walk down the path and you'd hear the door open and the food go inside the house.

"... I hadn't gotten my hands dirty in the AIDS epidemic while I was a drug addict and an alcoholic. So how do you get involved? You volunteer and you do things at a grassroots level, and that's how I started. And it was shocking, it was inspiring, and it was very empowering."

On one of the biggest battles in the AIDS fight: stigma

"We've come so far with the advancement of medical treatment, but we haven't really come much further than 31 years ago when AIDS first started with the stigma involved.

"People still think of it as a shame-based disease. It's a sexually transmitted disease, and you're either gay or you're a prostitute or an intravenous drug user. And so a lot of people are still very bigoted about this disease, and it's our biggest opponent, trying to break these people down. It's such a treatable disease. ... The end is in sight for this disease, medically.

"But if we don't go hand in hand with the stigma problem, along with the medical advancement, then we're never going to defeat it. ... And the way we do that is to be more compassionate, more understanding, more loving toward each other. We have to change attitudes."

On starting his foundation

"I started a foundation in America with a man called John Scott, and we relied heavily on the National AIDS Fund at that time. Raising money was not a problem because of my profile, but giving it away was an enormous problem because you didn't want to give it away to the wrong people.

"... My mantra is if you raise money, don't waste it. I've seen others, and I've been involved with other charities that have put on galas and events and that you wonder if they ever come up with any money at all at the end of it. So we've only had three people ever working at the foundation in America, at the most, and in Britain eight, and we pay our own way, and we don't pay any more than, in Britain, last year we only paid 1 percent overhead. So it's essential."

Read an excerpt of Love Is the Cure

Check Out 'Positive Youth,' A Documentary About Young People With HIV/AIDS