Accessibility links
Sinclair Rejects Olympic Excess In 'Ghost Milk' Iain Sinclair, the foremost modern practitioner of "psychogeographic" nonfiction, explores the modifications to the London landscape in preparation for the 2012 Summer Olympics. This "scam of scams," as he calls it, is an expression of British state egotism. 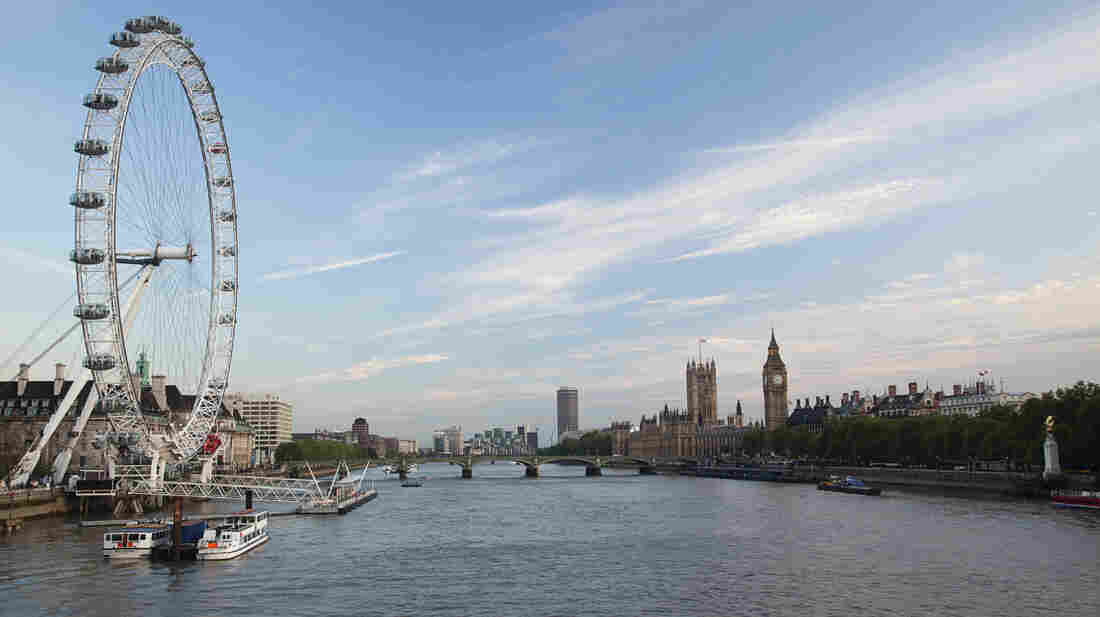 The London landscape is changing, to its historical detriment, says Iain Sinclair, in the ramp-up to the 2012 Olympic Games. Mie Ahmt/iStockphoto.com hide caption 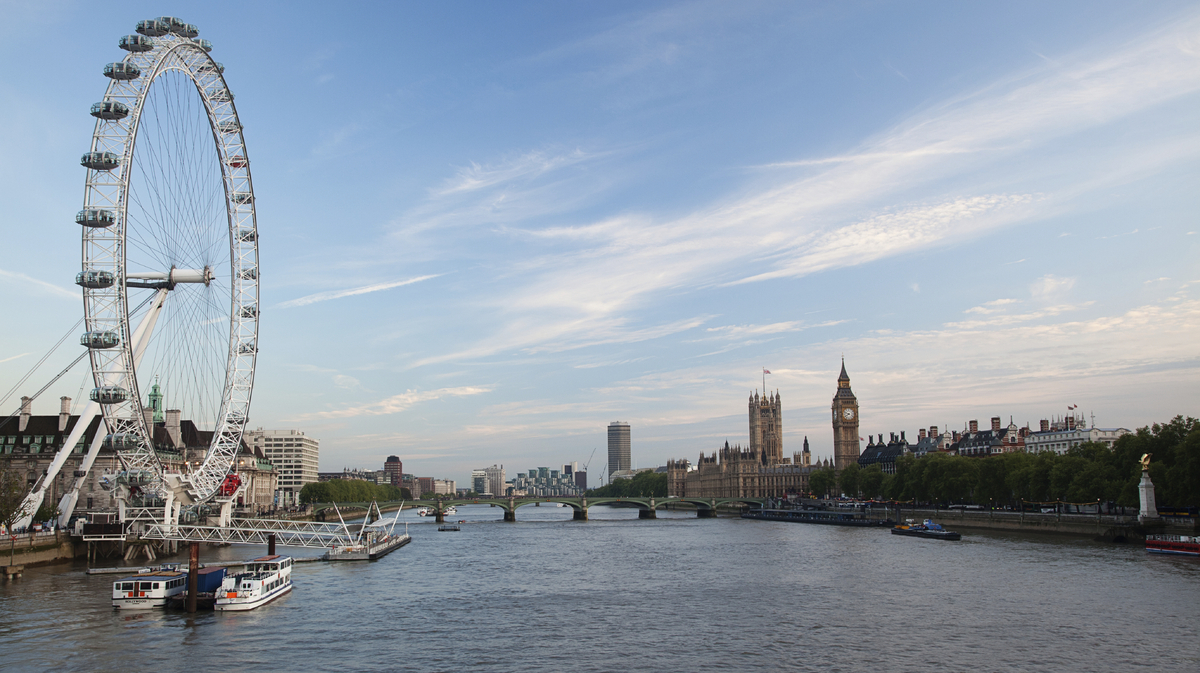 The London landscape is changing, to its historical detriment, says Iain Sinclair, in the ramp-up to the 2012 Olympic Games.

For every successful Olympic Games, such as Sydney's in 2000, there are twice as many failures. Montreal famously declared that the 1976 Olympics would pay for themselves; instead the city needed forty years to square its debt, and meanwhile the Expos left town. Beijing's Bird's Nest is crumbling; the hotels far from downtown are vacant. And in debt-wracked Athens, whose lavish Games went ten times over budget, farmers graze their pigs in the abandoned weightlifting stadium. 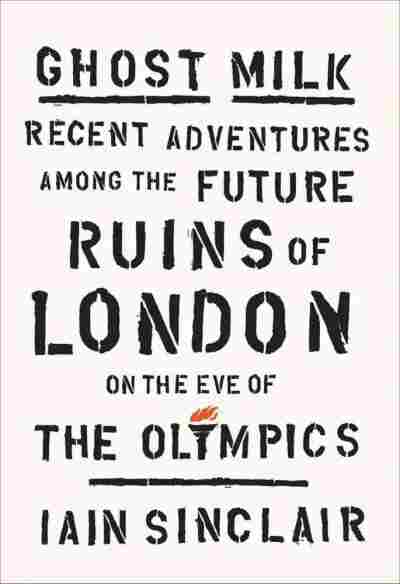 But if Iain Sinclair is right, this month's London Olympics will outdo all predecessors for short-term annoyance and long-term devastation. Ghost Milk, his enraged new book on the "future ruins of London," explores the history and reconstruction of the east of the British capital, where he has lived for decades, and he is not impressed. Sinclair has no truck with the "grand projects" of our day, monuments to politicians' egos and corporations' greed such as the Millennium Dome, the white-elephant Thames-side arena now renamed for a cell phone company. But the Olympics is the worst grand project of them all. It is "the scam of scams," in Sinclair's phrase, "the five-hooped golden handcuffs ... with corporate sponsorship, flag-waving, and infinitely elastic budgets (only challenged as an act of naysaying treason)."

Sinclair is a very British figure, an eccentric and a man of the establishment at once. Though he made his name as a novelist, in his recent books — notably London Orbital, for which he walked the 117 miles of the capital's ring road — he's moved towards a baggy documentary nonfiction he calls "psychogeography," a term borrowed from the Situationist Guy Debord. And Ghost Milk is a very British book. American readers may be frustrated by long discursions into the sociological character of street after East London street, or unglossed names like Jeremy Paxman (a prickly BBC news anchor) or Tessa Jowell (a Labour minister whose husband was convicted of corruption). But few Americans can match Sinclair's attention to landscape and his introduction of local voices, and as we turn to watch sports we pretend to care about once every four years, his book reminds us that a city is a living thing, not a branding opportunity.

London won the right to host the Olympics on July 6, 2005; the next day, coordinated bombings on the Tube killed 52 people and injured hundreds more. "The Olympic project, from the start, would be about security," Sinclair observes. "And budget. Baghdad conditions imported." A Chinese-British photographer who walks the Olympics site with Sinclair observes that when it comes to security, Beijing has nothing on London: locals are forbidden from walking near the site, and private security guards threaten to arrest anyone with a camera. (Since Sinclair's book went to press the situation has got even worse: witness anti-aircraft missiles stationed in residential neighborhoods, snipers in helicopters and Marine units cruising up the Thames.) 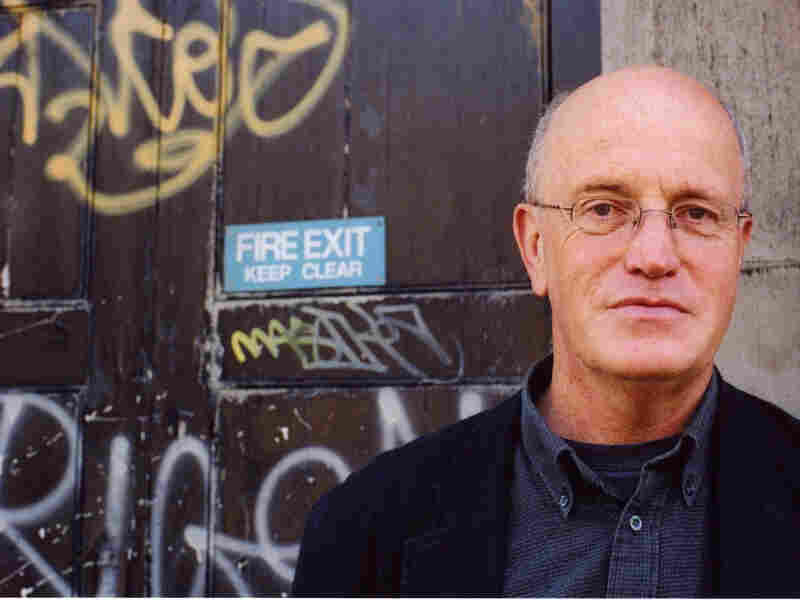 Iain Sinclair is the author of Slow Chocolate Autopsy, Downriver and Lights Out for the Territory. Joy Gordon/Farrar, Straus and Giroux hide caption 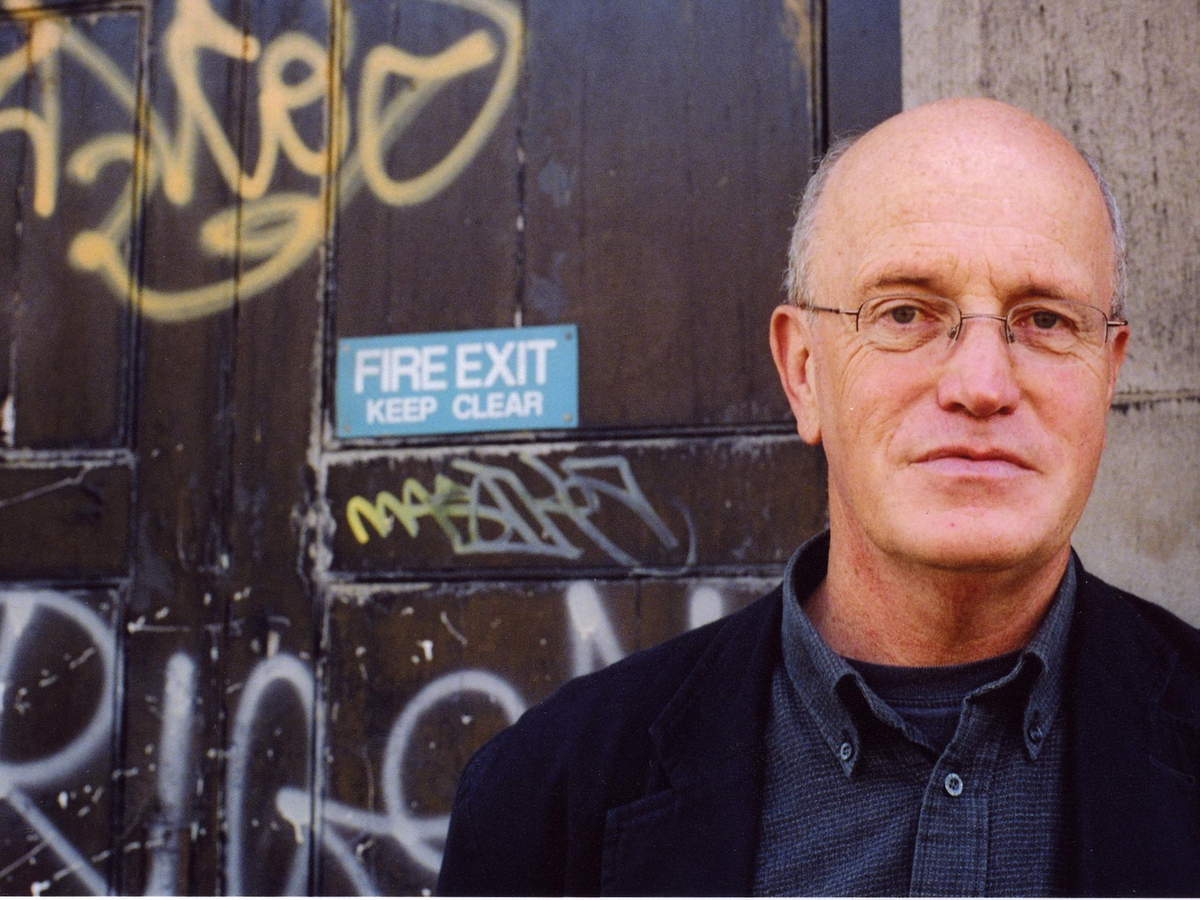 Iain Sinclair is the author of Slow Chocolate Autopsy, Downriver and Lights Out for the Territory.

Sinclair attends a few debates and symposia on the Olympics — sometimes as a spectator, sometimes as one of the "sanctioned critics corrupt enough to accept a fee for preaching disaster." You can imagine how he responds to the PowerPoint presentations. He also explores a giant shopping mall, "the zillion-pound consumer hive that is the only guaranteed legacy of the 2012 Olympics," and can't tell if he's been teleported to a Dubai airport terminal or a "retail fortress." He visits the "useless mastodons" of the Athens Games, as well as Berlin's more sinister Olympic stadiums. As the Games draw nearer, his sense of disorientation only grows: perhaps, Sinclair muses, the real justification for this massive upheaval is that the stadiums are obscuring "a gigantic particle accelerator like the facility at CERN in Switzerland."

He's an immoderate writer, and Ghost Milk is an immoderate book. He is caustic about the legacy of New Labour and particularly Tony Blair — "a game-show host with messianic pretensions" — though curiously he has nothing to say about the troubled Cameron government, nor about the massive phone-hacking scandal that has disgraced the media and the police. He compares one stadium to Guantanamo Bay, and he is far too fond of Nazi analogies: to call the construction of a shopping mall "the final solution" is not just offensive but unserious.

But if Sinclair goes off the deep end, so has the British government — which has constructed 30 miles of express lanes exclusively for Olympic apparatchiks, instituted a "brand exclusion zone" to protect corporate sponsors and made posting photos of the Games online into a criminal offense. Ghost Milk might be excessive, but in the face of the "scam of scams," a little excess might be necessary. And at least the book costs rather less than £24 billion.

Read an excerpt of Ghost Milk