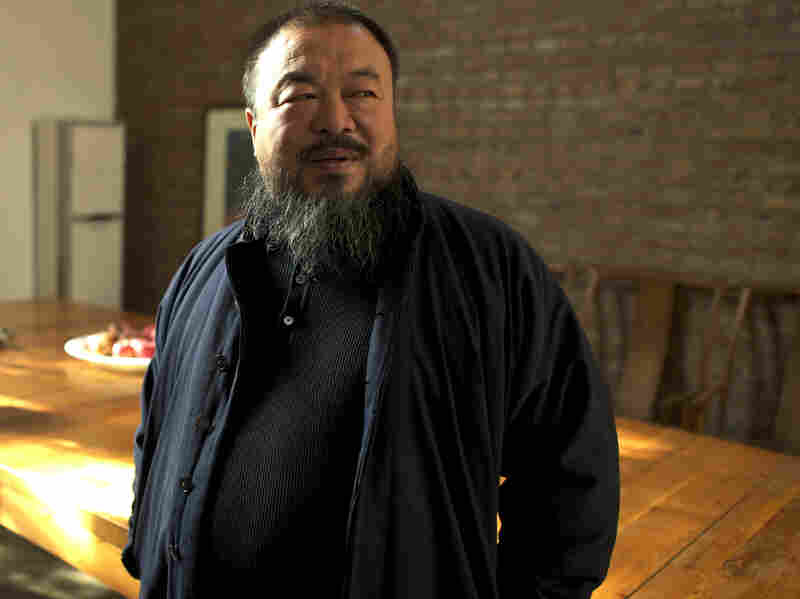 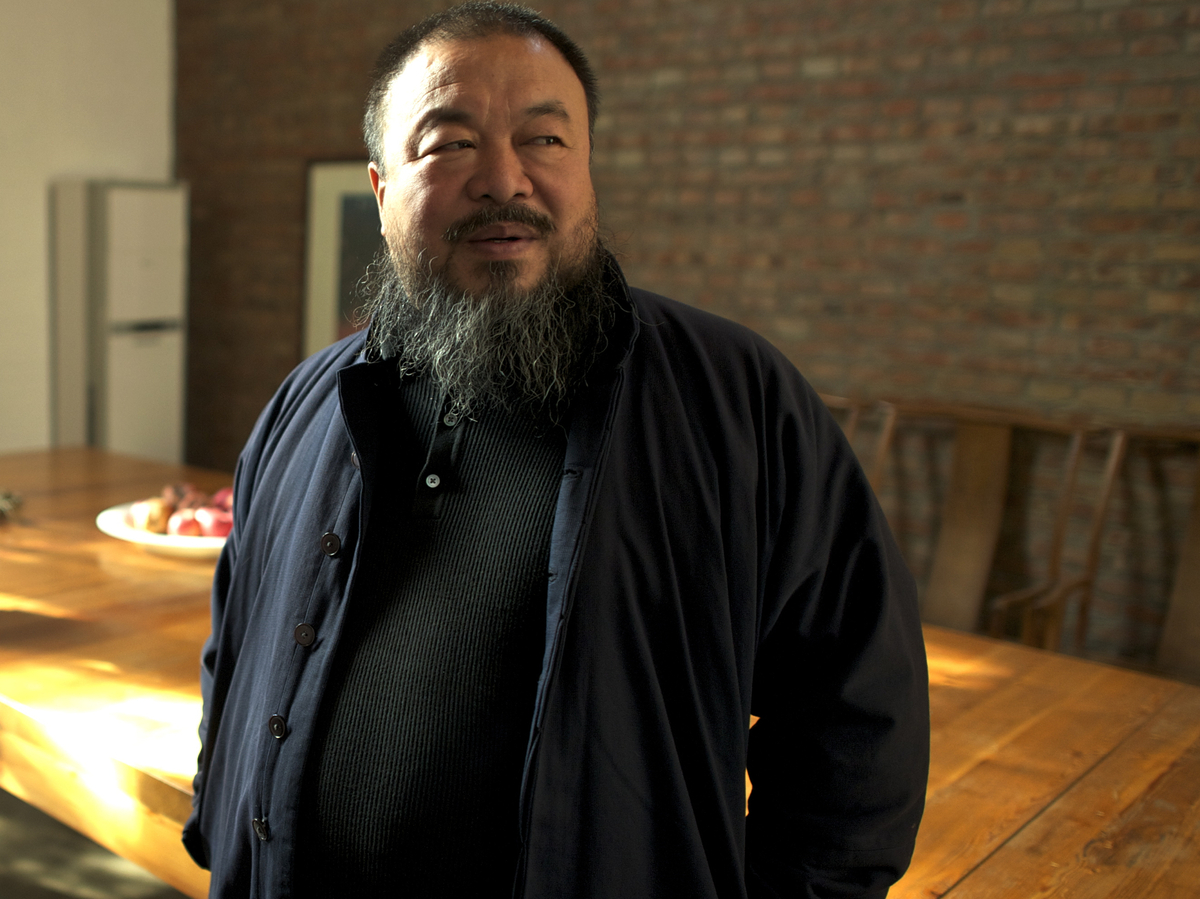 The famous Chinese artist Ai Weiwei is also a prominent dissident in his home country. His political side is the focus of Alison Klayman's documentary Ai Weiwei: Never Sorry.

Last week, a Chinese court rejected artist Ai Weiwei's lawsuit against the tax bureau that had imposed a massive fine on his company. Ai was fined more than $2 million after being detained for three months last year.

This marks yet another political struggle for Ai, who is famous abroad for his art and has emerged as a leading Chinese dissident, a voice for individual freedom. A year after being released, Ai is still monitored heavily by officials, although he uses his Twitter feed to continue criticizing China's government.

Filmmaker Alison Klayman was an intern on NPR's All Things Considered before she left for China, where she wound up chronicling Ai on video. The result is a documentary — her first film — called Ai Weiwei: Never Sorry, part of which chronicles Ai's crusade to seek justice for an alleged police beating.

That run-in with police came as a result of Ai's support for the victims of the Sichuan earthquake, part of which manifested itself in a Munich installation where Ai spelled out a Chinese phrase using colored school backpacks that represented the child victims.

Ai is known for his large installations and designs. Another of his famous works is Sunflower Seeds, for which he and 1,600 assistants handcrafted 100 million porcelain sunflower seeds and spread them on the floor of London's Tate Modern. Ai also designed Beijing's Olympic Stadium, know as the Bird's Nest.

Klayman spoke to NPR's Robert Siegel about her movie and Ai, who she says sees no separation between what we would consider his art and his confrontations with authorities.

On the relation between art and politics for Ai

"When I first met him, for me that was a big question: Are we seeing him receding from the artistic practice and moving more into some sort of firmly political space? That for me fell away pretty quickly as I got to know him, because I really think what it means to be an artist for him means to question, it means to be engaged with society, it means to be trying to communicate and express yourself and encouraging others to do the same. So rule of law and transparency, these are big issues that he thinks his society needs to deal with — he almost can't keep quiet."

"He's going through the system and saying, 'Look at how this actually works. If someone actually tries to make a complaint about an injustice, this is where you end up, even with trying to the very very end.' "

On the political possibilities in Ai's art

"A lot of [Ai's] artwork is about setting up conditions and then seeing what happens. He's not able to pull the strings. He doesn't know what's going to happen when he shows up. Maybe he could guess, but in the end he ends up creating these scenarios that have incredibly revealing, sometimes poetic, sometimes Kafkaesque or comedic results, because he goes into these situations that maybe other people don't and he brings a camera." 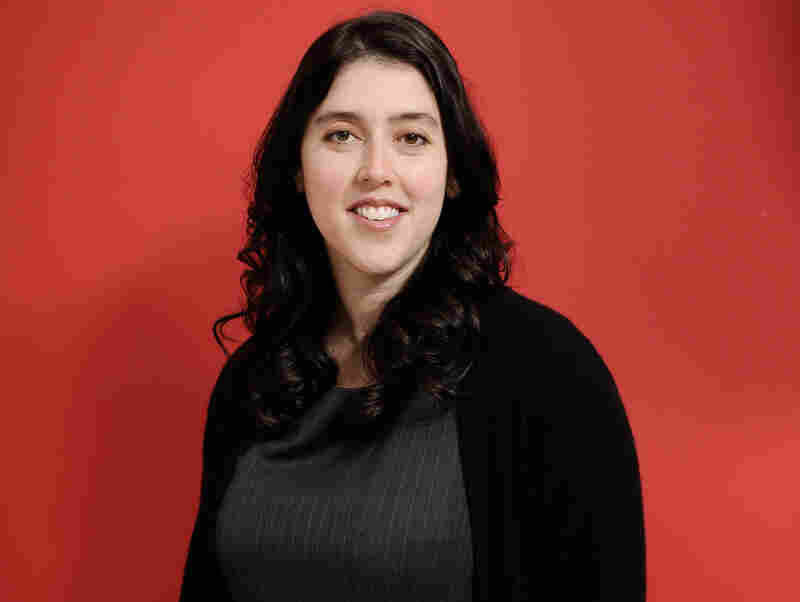 Alison Klayman at the 2012 Sundance Film Festival. For Ai Weiwei, her first film, Klayman got incredible access to the artist both abroad and in China. Larry Busacca/Getty Images hide caption 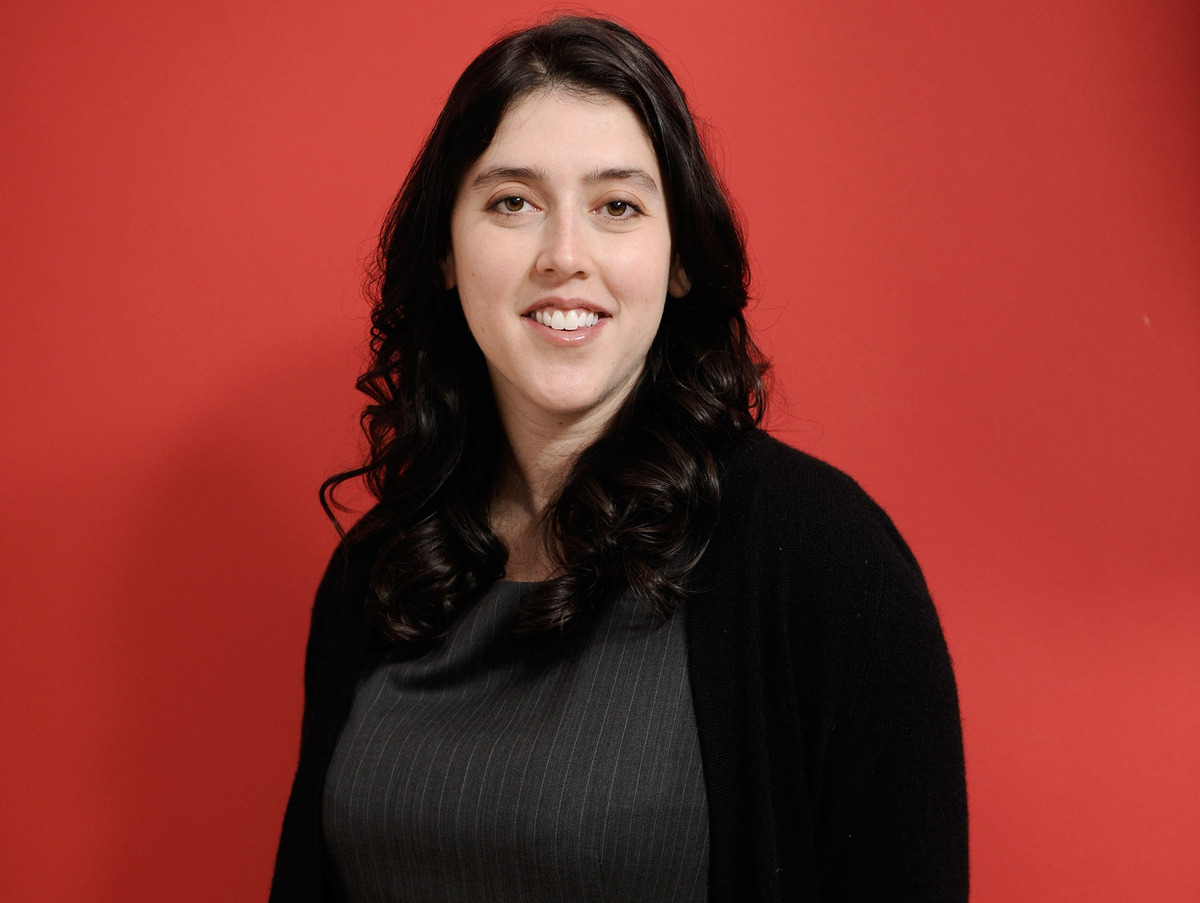 Alison Klayman at the 2012 Sundance Film Festival. For Ai Weiwei, her first film, Klayman got incredible access to the artist both abroad and in China.

On filming Ai in China

"The truth is that day in, day out it was not a difficult thing to do to film with Weiwei in Beijing or in other places we were going for his art purposes. The two trips to Chengdu that I went along, when the whole intention was to go to police stations and courthouses and seats of authority, those were the most tense, and probably the only tense moments, in terms of filming together.

"It's not in the film, but on all of those filming trips, at some point I was stopped from filming; at some point I was asked to delete footage or someone grabbed a camera and took the tape, depending on how civilized the interaction was. ... But the truth is that there's so much that's interesting in the film, that even though I could have done it from the prism of my experience making it, I think that's more of a subtext."

On Ai's spirit after his release from detention

"[On the day of his release], he appears broken. He probably was to some regard. When he watched that footage himself, he said, 'My God, I didn't recognize myself. I barely looked human.' But I also see that moment as a question to the audience: Given everything you've seen for the last 90 minutes, the kind of man that you think this is, what do you think is going to happen next?

"The truth is, he is not broken. And he is very much resolved to continue all the work that he's doing. But these are new conditions for him. His life is not the same as it was in the few years that I captured. And he is very much trying to figure out, 'How do I respond to this detention? How do I continue to create?' "