Accessibility links
From Obscurity To The Olympics Back To Obscurity It's time for the Olympics! Which means, at least for commentator Frank Deford, that it's time to cheer for obscure sports that we only watch every four years. 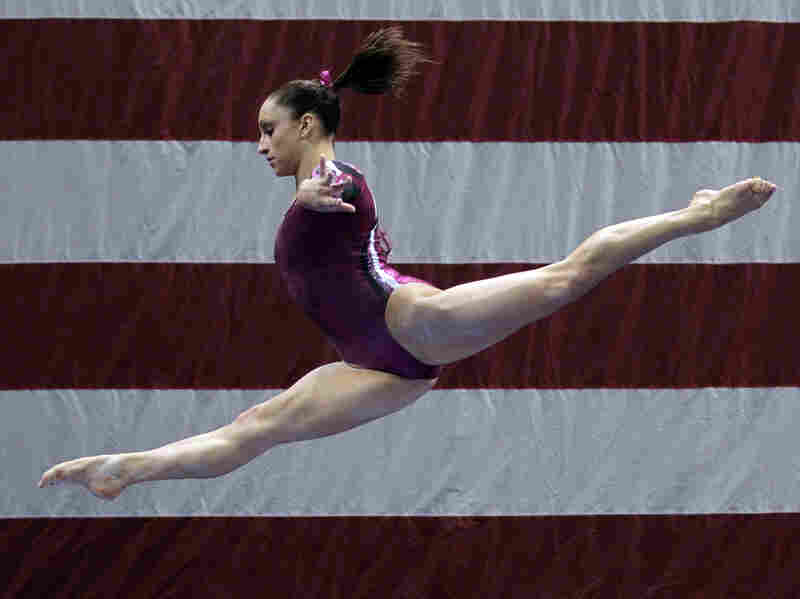 Know who this gymnast is? You will soon. Seventeen-year-old Jordyn Wieber will compete for the U.S. women's gymnastics team in the 2012 London Olympics. Jeff Roberson/AP hide caption 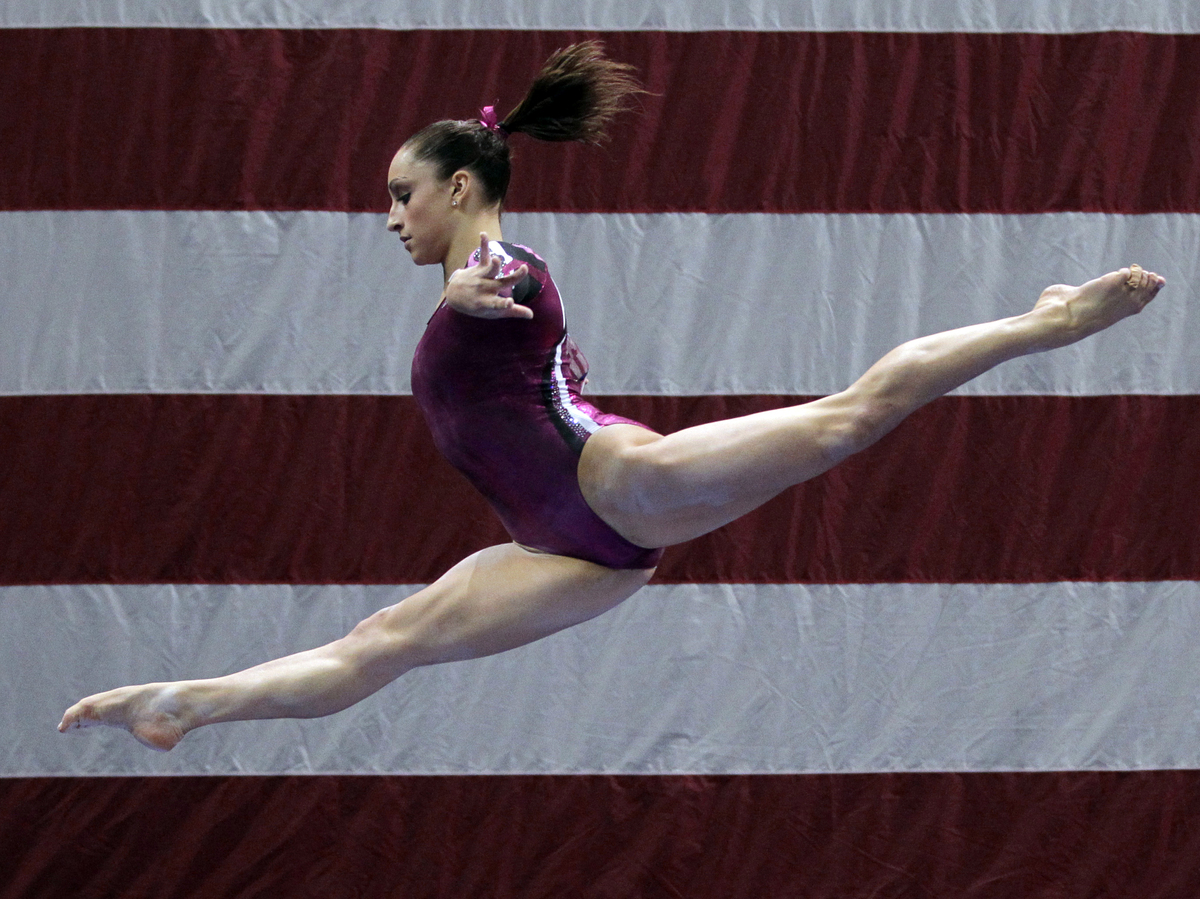 Know who this gymnast is? You will soon. Seventeen-year-old Jordyn Wieber will compete for the U.S. women's gymnastics team in the 2012 London Olympics.

If somebody hadn't thought to start them up again 116 years ago, would ESPN have invented them to fill in summer programming?

I'm not being cranky. It's just that most of the most popular Olympic sports are the groundhog games. Swimming, gymnastics and track and field come out every four years, see their shadow and go right back underground where nobody pays any attention to them for another four years. Can you even name a gymnast?

OK, track and swimming. Maybe you know Usain Bolt and certainly Michael Phelps, but that's slim pickin's for two weeks in what's supposed to be a celebrity-driven world.

The Olympics are like an independent movie with foreign actors you've never heard of.

Especially since air travel came in, most sports have their own world championships. The athletes don't have to all come together in a smorgasbord every four years anymore.

The soccer people are smart. They don't want the Olympics to horn in on their World Cup, so they pretty much limit the men's Olympic rosters to players age 23 and younger, which means that the Olympics are like a junior varsity soccer championship. Wisely, the NBA wants to institute the same kind of rules for basketball. If you make the Olympics a JV tournament, basketball's own world championship becomes much more valuable.

But then, the most upside-down thing about the Olympic games is that the night they don't play any games at all gets the biggest audience. More people want to watch the competitors from Paraguay and Slovenia just amble around the track in their business casual clothes than want to watch Mr. Phelps in his swim trunks.

It's like if the red carpet at the Academy Awards got a larger audience than when they actually opened up the Oscar envelopes.

Simply, the Olympics are just not like other big-time sports stuff. At the Olympics, athletes talk about wanting "to medal," which is a verb that means third place. In every other competition, the ghost of Vince Lombardi lives on, and winning is everything.

I guess, at the end of the day, we like the Olympics precisely because they are so different. Dare I actually say it: the Olympics are kinda, sorta innocent. Emphasis on the kinda, sorta — but still. Sometimes, in the middle of the summer it's just good enough to take a break and watch a quaint, hokey ceremony and then cheer for people you never heard of in a sport you don't care about just because. Well, just because.

And best of all, vis-a-vis the United States, the Summer Olympics always come in our election year and give us two weeks off from the eternal campaign. Just think, if it wasn't for the Olympics, now you'd be hearing all about Rob Portman or Tim Pawlenty. Instead, you'll be hearing about Jordyn Wieber.