Accessibility links
Taliban's 'Summer Offensive' Heats Up In Afghanistan When the temperature rises in Afghanistan, so does the insurgency. Every summer the Taliban's tactics, targets and intensity are a little different. This year, IEDs are in season, attacks are up, and Afghan forces are suffering more casualties. 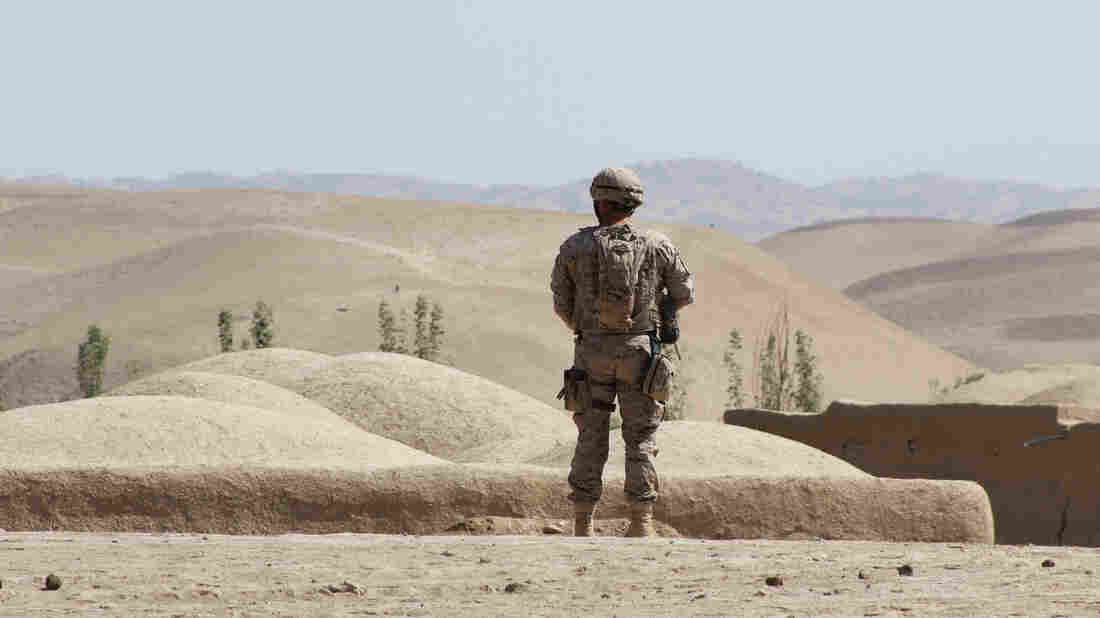 A Spanish NATO soldier on patrol in Afghanistan. Insurgents in the country have been busier this summer than last, and more often than not, civilians are paying the price. Sean Carberry/NPR hide caption 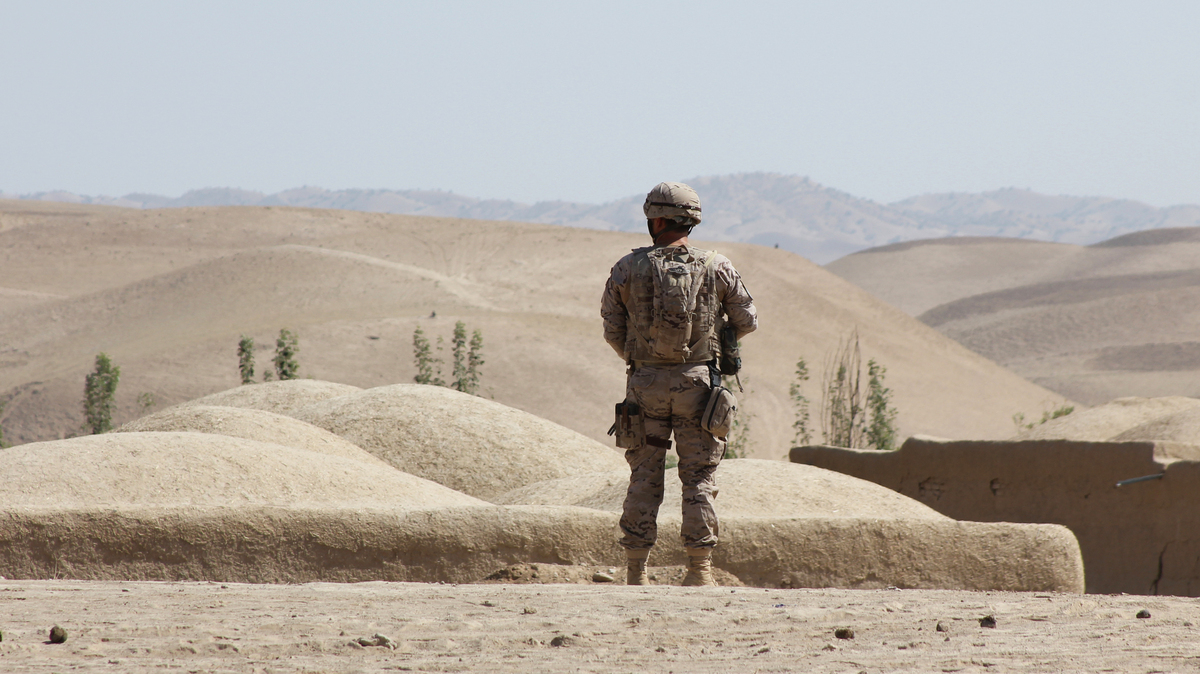 A Spanish NATO soldier on patrol in Afghanistan. Insurgents in the country have been busier this summer than last, and more often than not, civilians are paying the price.

NATO officials were hoping that insurgent activity in Afghanistan would taper off during the Muslim holy month of Ramadan, but so far, insurgents appear to be pressing ahead with their summer offensive.

More than a dozen NATO troops and contractors have been killed since the beginning of Ramadan last Friday. In general, insurgents have been busier this summer than last, and more often than not, civilians are paying the price.

Take Muqur, with its scattered villages of mud houses amid sandy hills in the northwestern province of Badghis. Spanish and Afghan troops are conducting a joint patrol near the small NATO base here. The northwest is one of the quieter parts of Afghanistan, but the province still sees its share of violence.

Brig. Gen. Daoud Shah Wafadar, the Afghan army commander for the province, says there is more violence in the country this year. In Badghis, the attacks are mostly scattered assaults by small groups of gunmen firing on coalition or Afghan forces.

There are some IED attacks as well. A few hours after the foot patrol, a NATO helicopter flew in to pick up a local civilian injured by an IED explosion not far from the base. 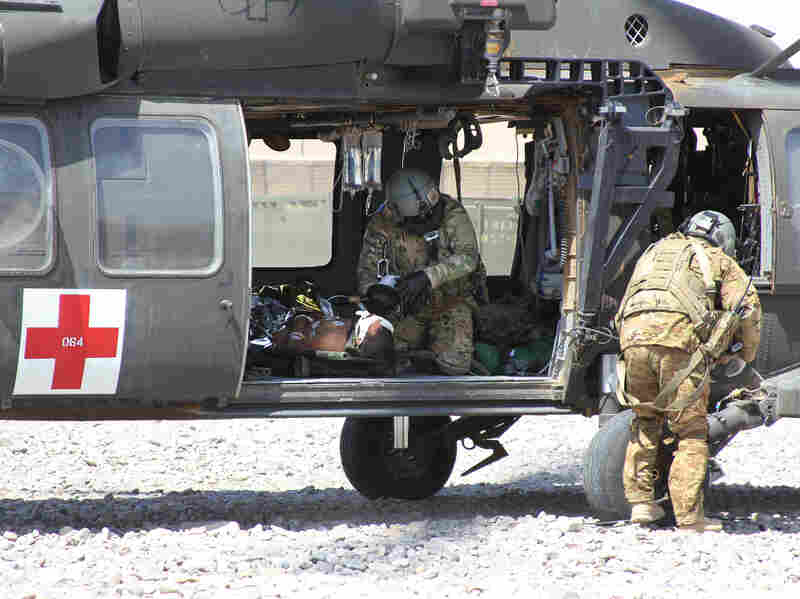 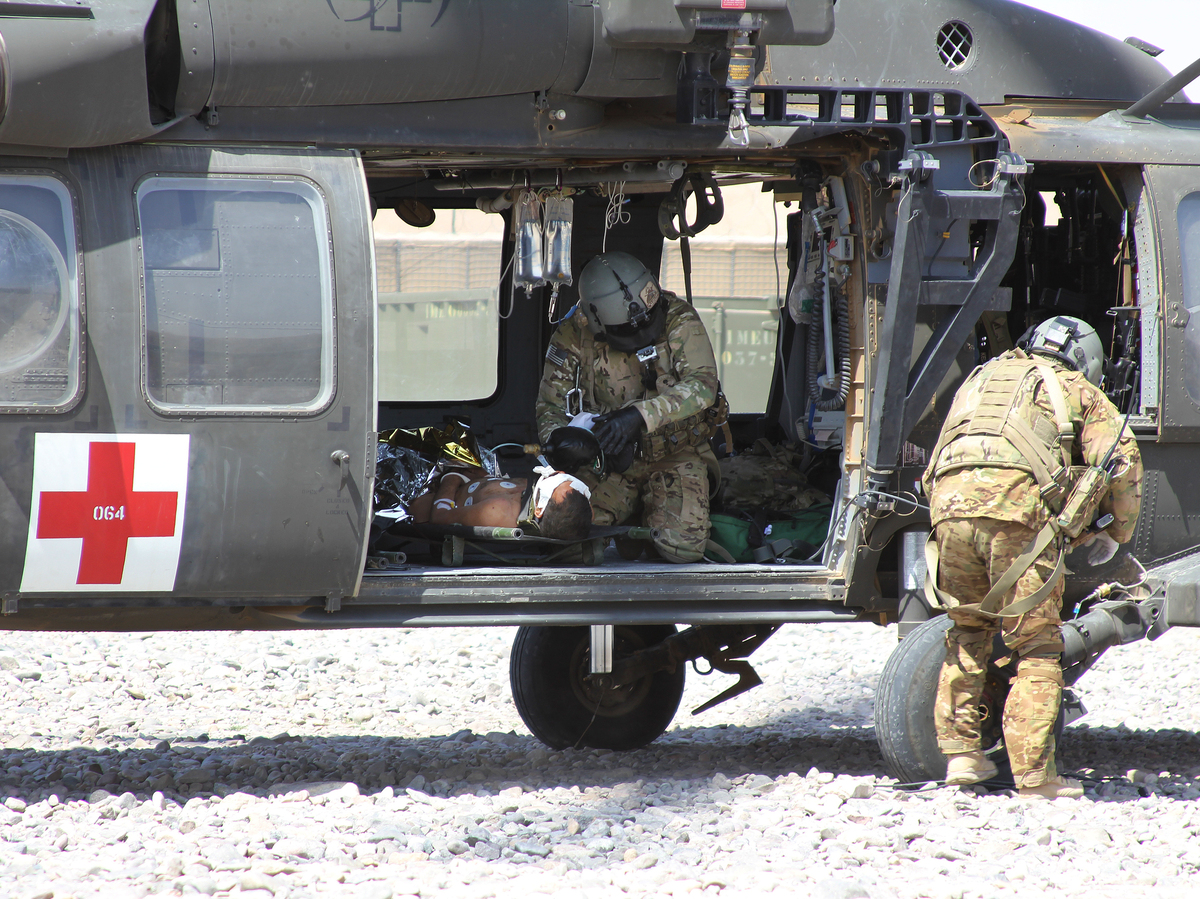 A NATO/U.S. medevac helicopter transports an Afghan civilian wounded by an IED near Camp Ricketts, a small NATO base in Muqur District, Badghis Province.

As you move south and east in the country, the violence grows significantly. On average, there's at least one member of the NATO force and several civilians killed every day, mostly in the south and east.

"They are going more toward unarmed targets, civilian targets, targets that cannot defend themselves," says Brig. Gen. Gunther Katz. He's the NATO spokesman in Kabul. Citing United Nations statistics, he says about 80 percent of civilian casualties are caused by insurgents.

NATO says that the number of IED attacks is rising and that they account for roughly 50 percent of attacks in the country.

"One of the reasons you use IEDs is to attack without exposing yourself to risk," says Brig. Gen. Roger Noble, deputy commander for NATO operations in Afghanistan. He says that the increasing use of indiscriminate weapons is a sign the insurgency is disorganized and unable to fight head-on with coalition and Afghan forces.

Seth Jones, a counterinsurgency expert with the RAND Corp., agrees. "It is indicative of an insurgency that is not as homogeneous as some make it out to be," he says.

Jones, who's served as an adviser in Afghanistan, says the disparate insurgent groups sometimes cooperate and sometimes compete.

"I think it's likely that we'll probably see an increase in red-on-red fighting," he says, meaning insurgent groups on the ground fighting each other to control turf.

Up until now, the fighting has followed a predictable pattern: a lull in winter, a brief surge in spring and then comes poppy season. Insurgents harvest poppies to help finance their effort, Katz says.

"Due to the very harsh and strong winter, the poppy harvest was significantly reduced," he says. "It means more fighters were able to go to their weapons and start fighting."

This year's poppy season was two weeks instead of six. That means the summer offensive started earlier, which helps explain why violence is up about 10 percent this season. But, Noble says, more of it is happening away from large population centers.

"The real difference is not the number of the attacks, because there are still plenty of them," he says. "It's more [about] where the fight's taking place, and this year we're seeing it take place more and more on the insurgent's ground."

The concern, however, is that insurgents are simply being pushed around rather than eliminated. That's another source of anxiety for civilians who are watching NATO troops draw down, while insurgents, at least this summer, are ramping things up.