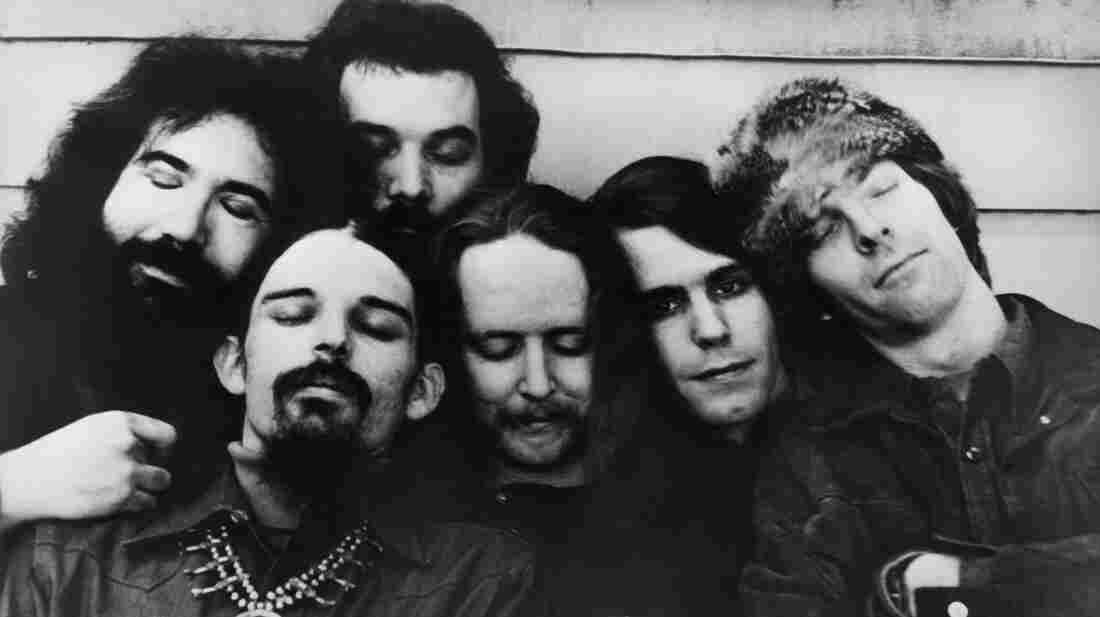 The Grateful Dead circa 1970. The band's members were quintessential rock hippies — but, a new exhibit reveals, savvy businessmen as well. Gems/Redferns hide caption 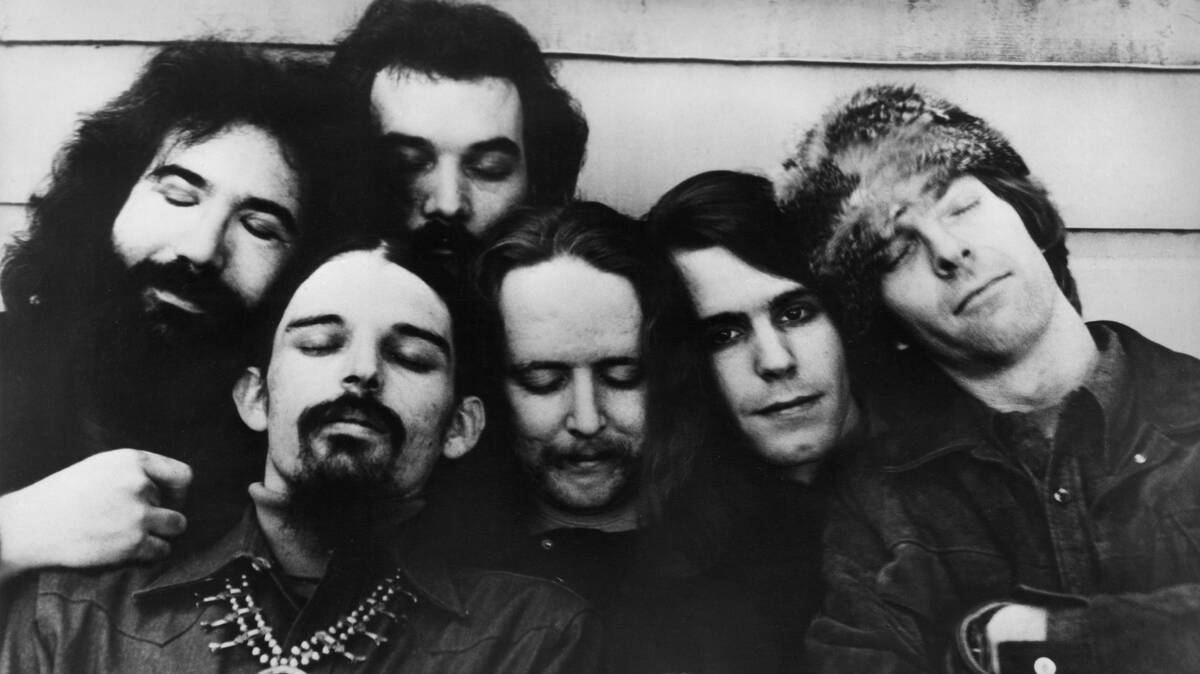 The Grateful Dead circa 1970. The band's members were quintessential rock hippies — but, a new exhibit reveals, savvy businessmen as well.

The Grateful Dead's eponymous live album started it all for Nicholas Meriwether.

It was 1985. He was studying history at Princeton and got hooked by psychedelic jams like "Wharf Rat." After his first concert, he knew: "I will spend the rest of my life thinking and studying this."

Meriwether now heads the Grateful Dead Archive at the University of California, Santa Cruz, which recently opened to the public. On the first floor of the school's library, he walks into a new exhibit space called Dead Central. 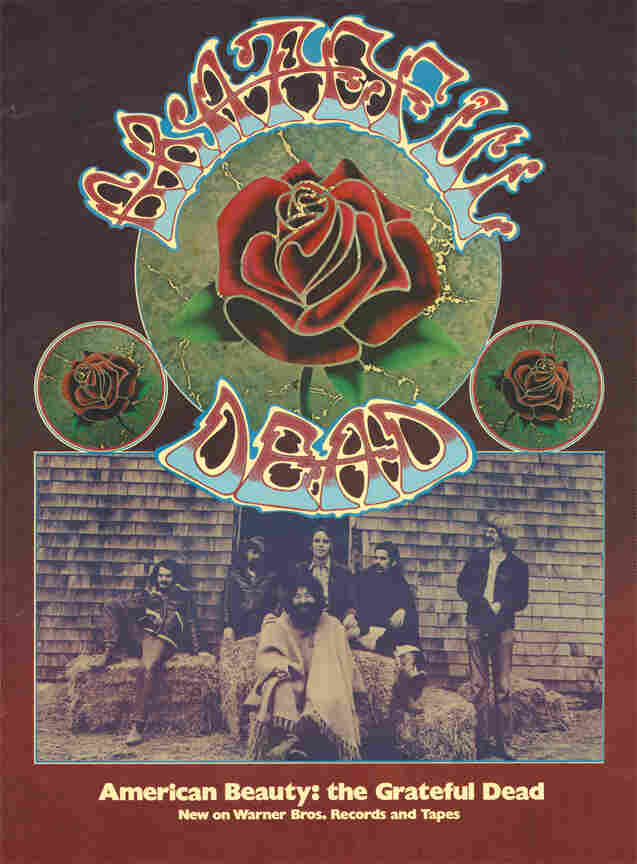 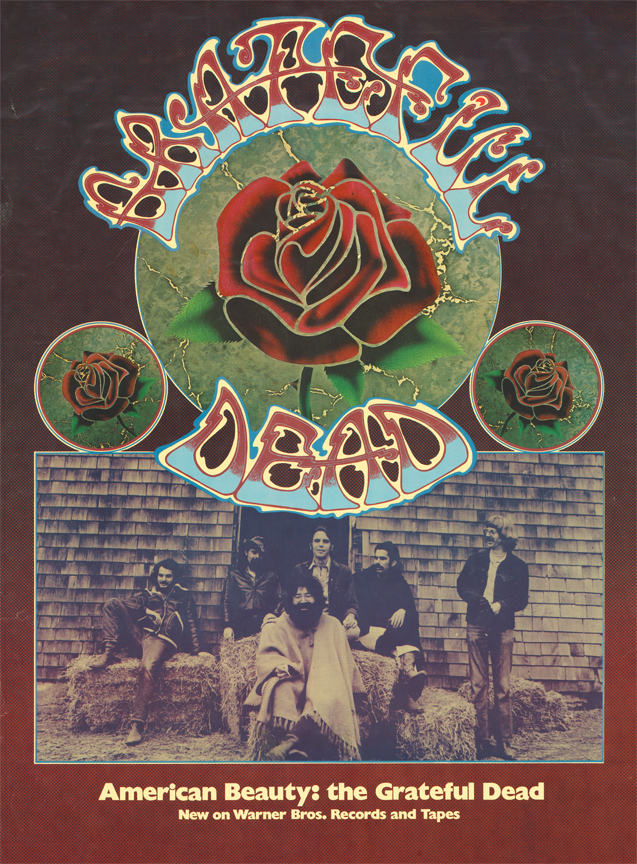 A promotional poster for The Grateful Dead's 1970 album American Beauty.

"One of the great things we have on display here is the band's conference table," he says. The table is where The Grateful Dead held meetings about matters such as upcoming tours or merchandising.

"So much of what's in the archive ... belies the myth that the Dead were a bunch of hippie, undisciplined ne'er-do-wells," he says. "No — they were an enormously disciplined group of musicians."

"When you are desperate to make a sound and after something with all of your heart and soul, you know you become skilled in some shape or form," Hart says.

As Hart tells it, the band was all about the music and connecting with fans. But the archive reveals this other side — the business of the band's success.

There are boxes of press clippings, band newsletters and business receipts. But Hart says that stuff isn't his, or his bandmates'. He says the archive exists only because The Grateful Dead surrounded itself with the right people.

"You know, I didn't realize it was being collected," he says. "If it wasn't for Eileen Law, one of our dear friends that collected all this stuff and put it in boxes and put it in a closet and moved when we moved, it wouldn't be there."

Today, those materials are of great interest to academics. Scholars in fields from business to anthropology have written and published material on the group, including San Francisco State University lecturer Peter Richardson.

"The Grateful Dead are kind of ripe for this kind of review," Richardson says. "We've sort of been going on with sort of a two-dimensional picture of what the band is all about." 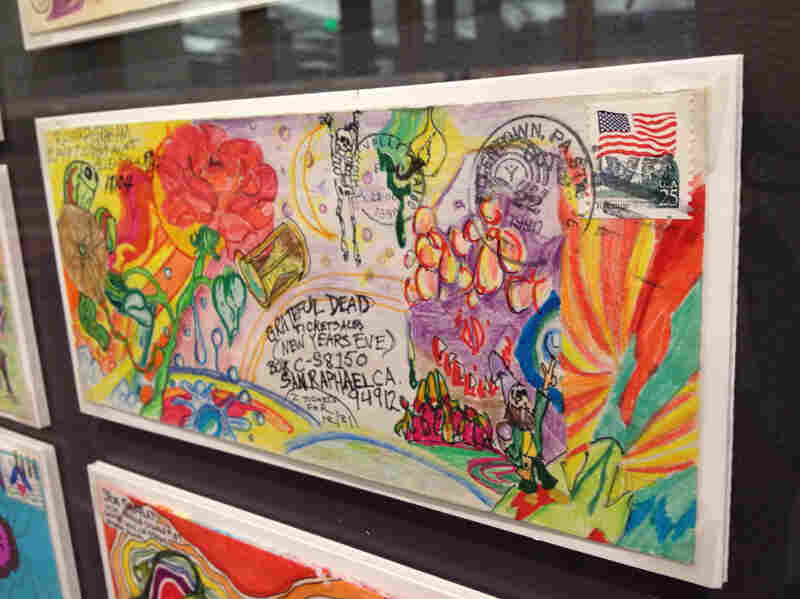 One of many pieces of elaborately decorated fan mail in the Grateful Dead Archive at Santa Cruz. Krista Almanzan/KAZU hide caption 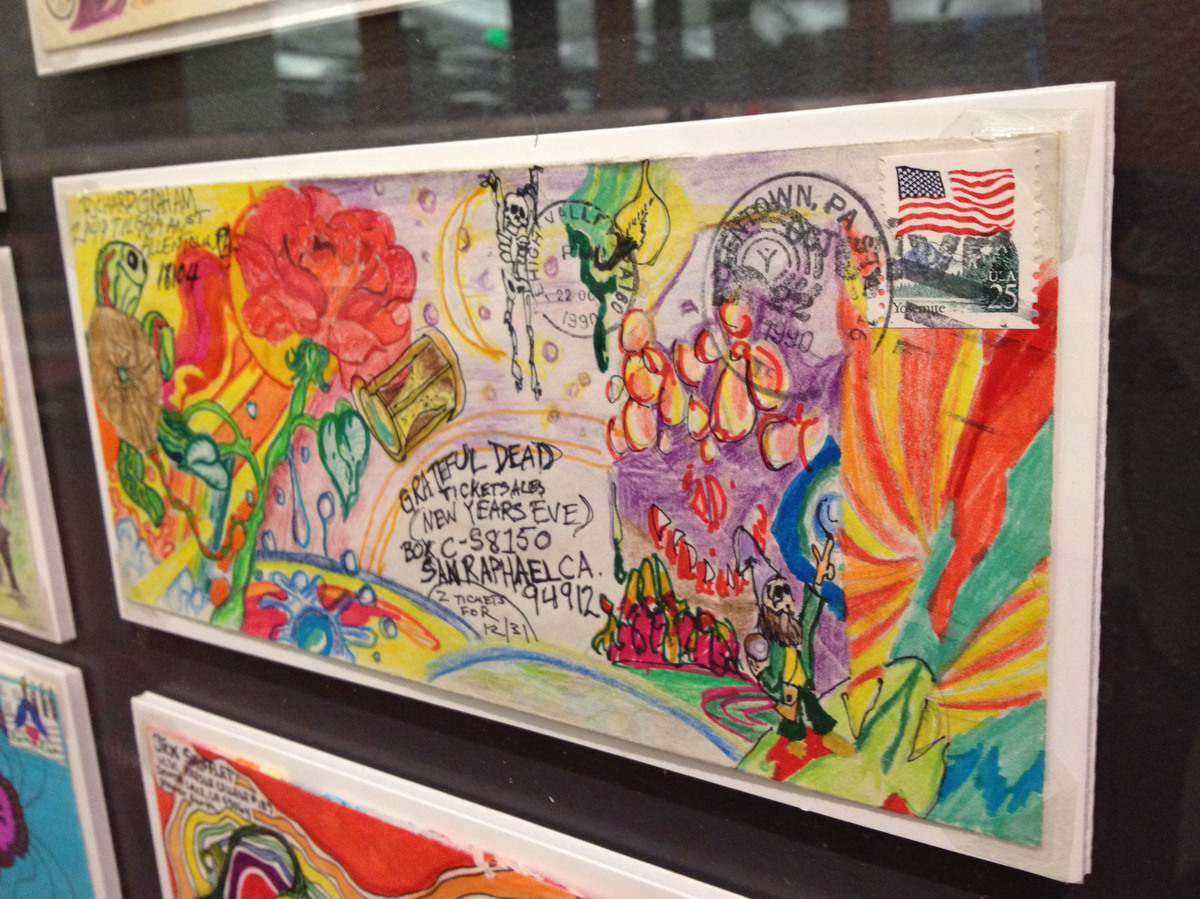 One of many pieces of elaborately decorated fan mail in the Grateful Dead Archive at Santa Cruz.

Nearly 50 years after the band formed, and almost 20 years since it dissolved, Richardson is writing a book on the cultural history of The Grateful Dead.

"We are right about the right time where people can really view the band historically," he says.

While Richardson is not a Deadhead, many scholars are, including Nicholas Meriwether.

"I think Deadheads are enormously thoughtful and enormously intelligent, even if they don't necessarily choose to comport themselves in that fashion or express it all the time," Meriwether says.

As the archive reveals, that's how the band was, too. Back on the conference table in Dead Central, Meriwether points to a funny letter the Dead wrote to President Nixon during the Watergate scandal.

Nearby, there's a second letter written to the band after the death of its first frontman, Ron "Pigpen" McKernan. It's from his dad, thanking the band for being a positive force in his son's life.

Meriwether says these stories underscore the band's humanity, revealing the little things that even the band's biggest fans didn't know.

"I just think it's an incredibly powerful expression of what an archive can do," he says.