Accessibility links
Romney Aims Tough Talk At China, And Obama Republican presidential candidate Mitt Romney has been drawing sharp contrasts with President Obama on the U.S. approach to China. But the reality may be that some things won't change no matter who is in charge. 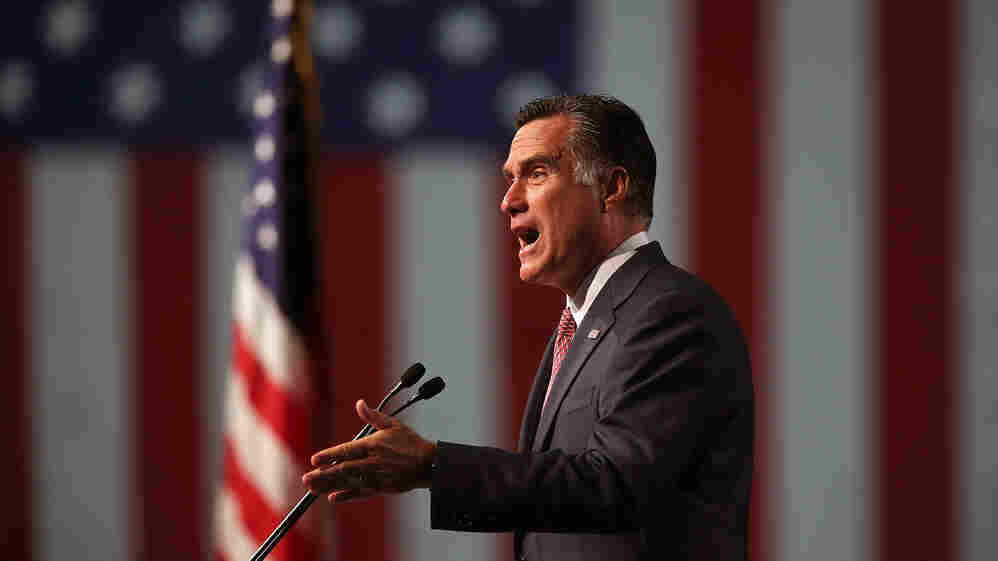 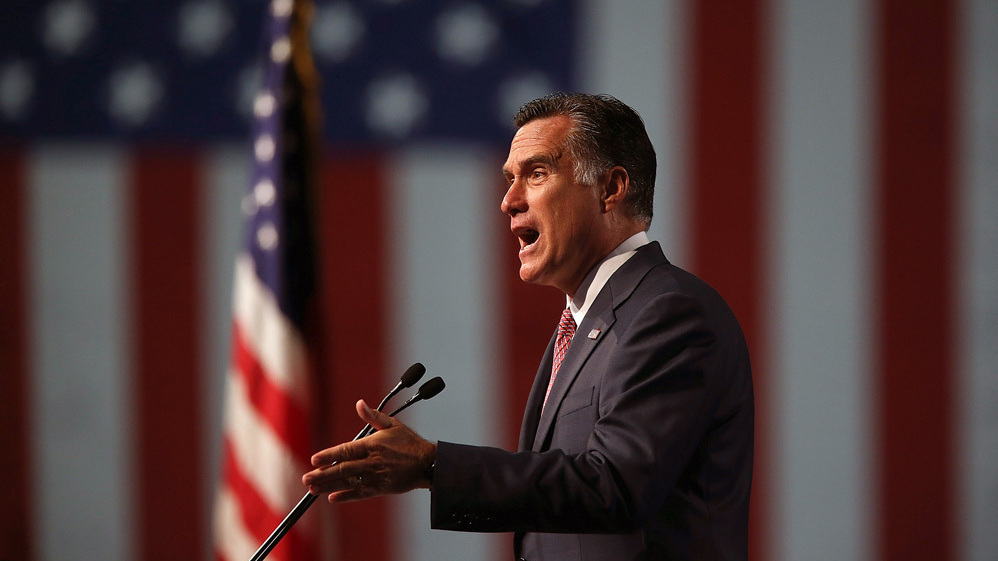 Republican presidential candidate Mitt Romney speaks during the national convention of the Veterans of Foreign Wars in Reno, Nev., on Tuesday. In the speech, Romney attacked the Obama administration's approach to China.

"The cheating must finally be brought to a stop," Romney said Tuesday in a speech to the Veterans of Foreign Wars in Reno, Nev. "The president hasn't done it and won't do it, and I will."

China is the world's largest economy after the United States. It is one of the most important — and complicated — foreign relationships the U.S. has.

So how different would a Romney administration approach to China be from that of the Obama presidency?

The U.S. relationship with China has always been a tug of war between cooperation and competition.

"What I call 'coopetition,' " says David Shambaugh, who runs George Washington University's China Policy Program. "It's a normal part of a relationship between the world's major power and the second major power. There's intrinsically a competitive dynamic there — strategically, militarily, economically — particularly as long as the other power, in this case China, is not a democracy."

That's the competition part of the relationship. Then there's the cooperation part.

"It is one of our fastest-growing export markets," notes Erin Ennis, vice president of the U.S.-China Business Council, a nonpartisan association of American companies that do business in China.

"China is on target to be one of very few countries that we have doubled exports to in five years," Ennis says, "one of the Obama administration's goals."

The key question about Romney's China policy is whether he would shift the balance between cooperation and competition. His rhetoric makes it sound like he would.

In a Republican presidential debate last year, he said: "China is stealing our intellectual property — our patents, our designs, our know-how, our brand names. They're hacking into our computers, stealing information from not only corporate computers, but from government computers. And they're manipulating their currency."

Romney says he would label China a "currency manipulator" on his first day in office — though it's not clear he could make that official declaration on his first day, since it would need to come from the Treasury Department. And even then, the label would not necessarily carry dramatic consequences.

Romney's aggressive language upholds a long American tradition, says Christopher Johnson, a China expert at the Center for Strategic and International Studies, who has worked for presidents of both parties.

"There have been many presidents who came into office toting a pretty hard line toward the Chinese," Johnson says. "And then, once arriving in office and kind of trying on the enveloping nature of the bilateral relationship, they realize that it was perhaps a more complicated situation."

Chinese leaders know this, they're used to it, and by now everyone largely ignores the campaign rhetoric, says Ennis.

"My gut is that we wouldn't see any significant changes from what every administration since Richard Nixon has done, Democratic or Republican," she says.

At least that's her hope. She and others in the business community fear that a dramatic lurch in U.S.-China policy could hurt the American economy.

If the campaign rhetoric were to become reality, Johnson says, it could have a ripple effect around the region.

"It becomes a concern if you're a Southeast Asian country or any other regional country that you have to make a choice between the U.S. and China," he says. "This is always what they don't want to do. They want to avoid this, and they're very explicit about this — I mean, they say this publicly as well."

'A Great Deal Of Similarity'

Romney's "get tough" policies on China also include some steps that the Obama administration has taken already.

Shambaugh did a close reading of the Romney campaign website's section on China.

"It is not terribly distinguishable from the Obama administration's policies toward China and East Asia," he says. "It strikes me there's a great deal of similarity and synergy there."

Obama and Romney both support a U.S. military build up in the region. They both talk about supporting human rights in China. And on trade practices, Obama told a crowd in Ohio this month that he's been no slouch.

"My administration brought trade cases against China at a faster pace than the previous administration — and we've won those cases," he said. "Just this morning, my administration took a new action to hold China accountable for unfair trade practices that harm American automakers."

During a presidential campaign, both sides can benefit from drawing sharp contrasts between the two candidates. Even if the reality is that some things won't change no matter who's in charge.