Accessibility links
The Trainer Who Created Four-Legged Stars Names like Gene Autry, Bette Davis and Buster Keaton draw tourists to a cemetery in the Hollywood Hills. But those legends of the silver screen also lie near a lesser-known man who made animals into Hollywood stars. 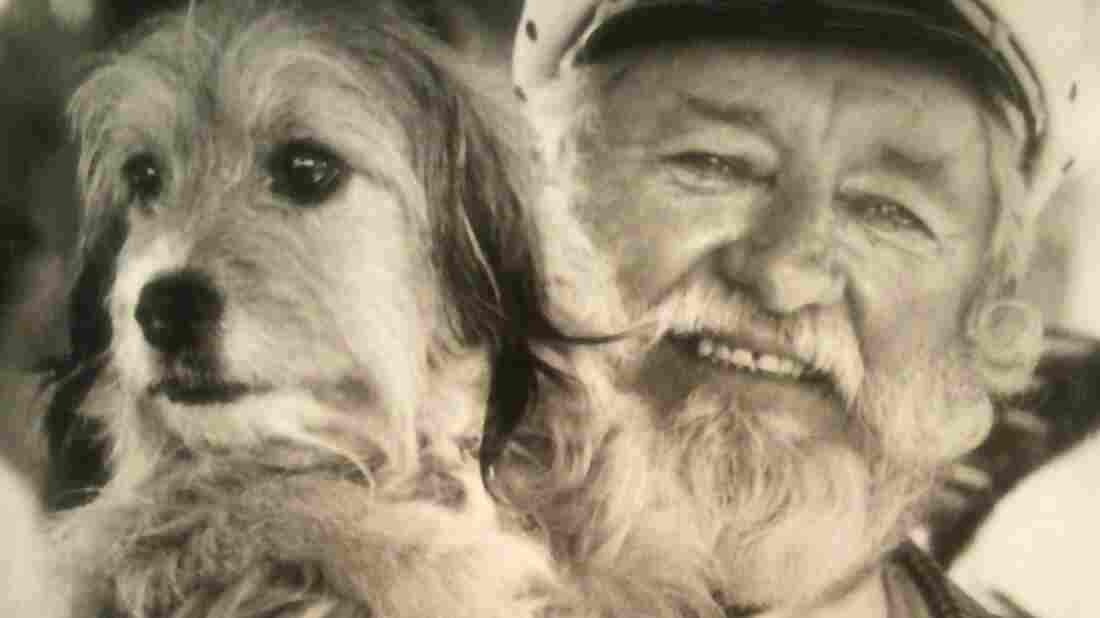 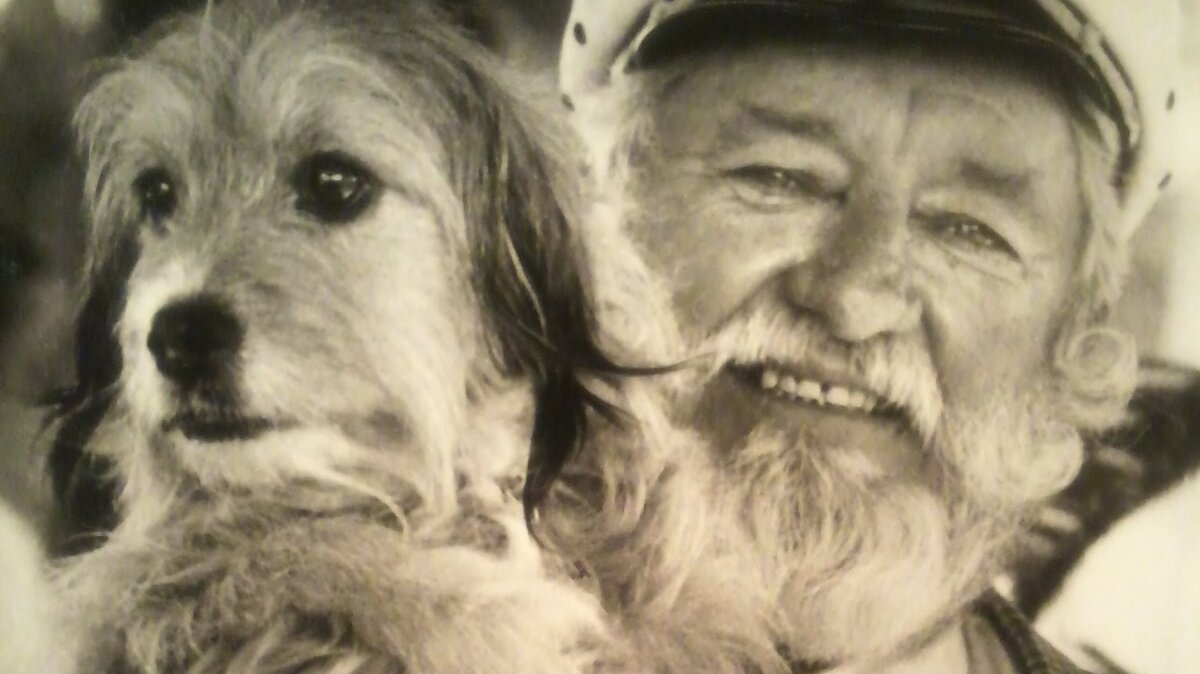 Hollywood animal trainer Frank Inn with Higgins, a shelter dog known for his starring roles in the 1960s TV series Petticoat Junction and the 1974 film Benji.

Gene Autry, Bette Davis and Buster Keaton are just a few of the names that draw flocks of tourists to Forest Lawn Memorial Park in the Hollywood Hills.

But there's a lesser-known man among the silver screen legends: Frank Inn, a pioneering animal trainer who made stars out of animals.

He could get animals to do things that ... most people didn't believe.

Inn's own life closely resembled a Hollywood film. Born into a strict Quaker family from Indiana, Inn set his sights on the movie business early. In the mid-1930s, while still in his teens, Inn hitchhiked west to Los Angeles.

He found a job as a maintenance man at MGM studios, but soon after he started working, Inn was struck by a drunken driver.

An Accident And A Puppy Named Jeep

"He had been in this accident. He was pronounced dead. They took him to the morgue," Copson says. "Embalming students came through and ... one of the students said, 'How come this guy is still warm?' "

Turns out that Inn wasn't dead — but he did have a lengthy recovery ahead of him. To keep him company, a friend gave Inn a puppy named Jeep. 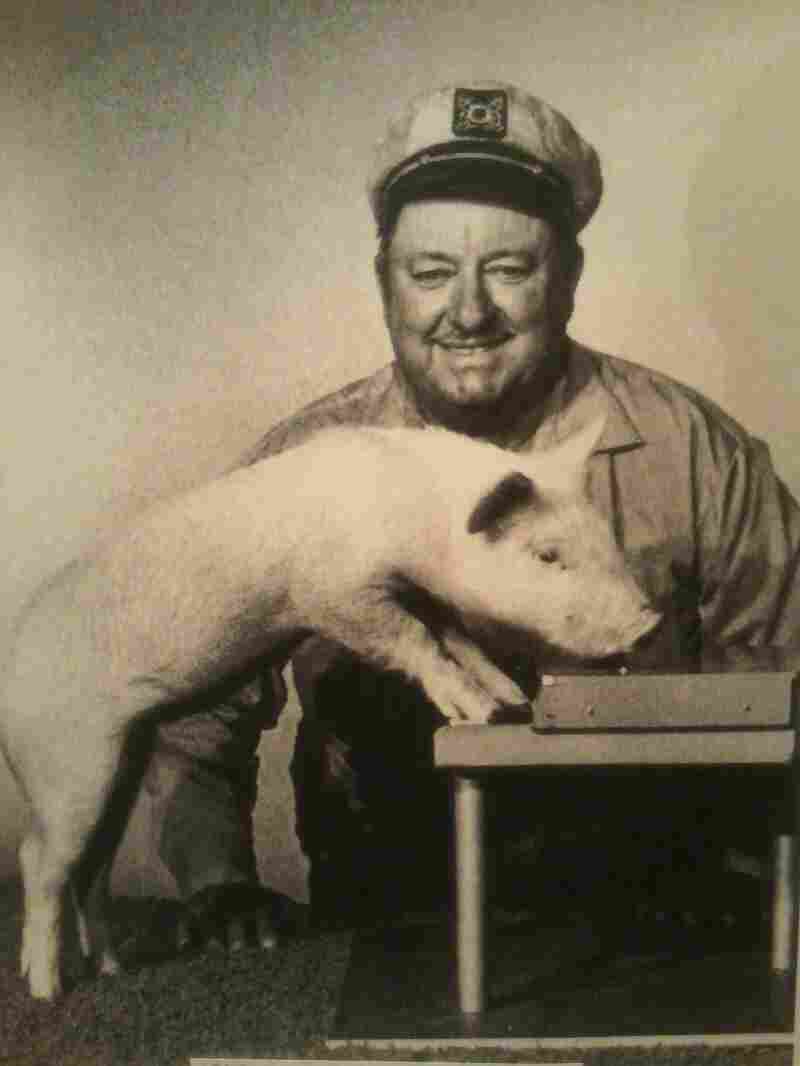 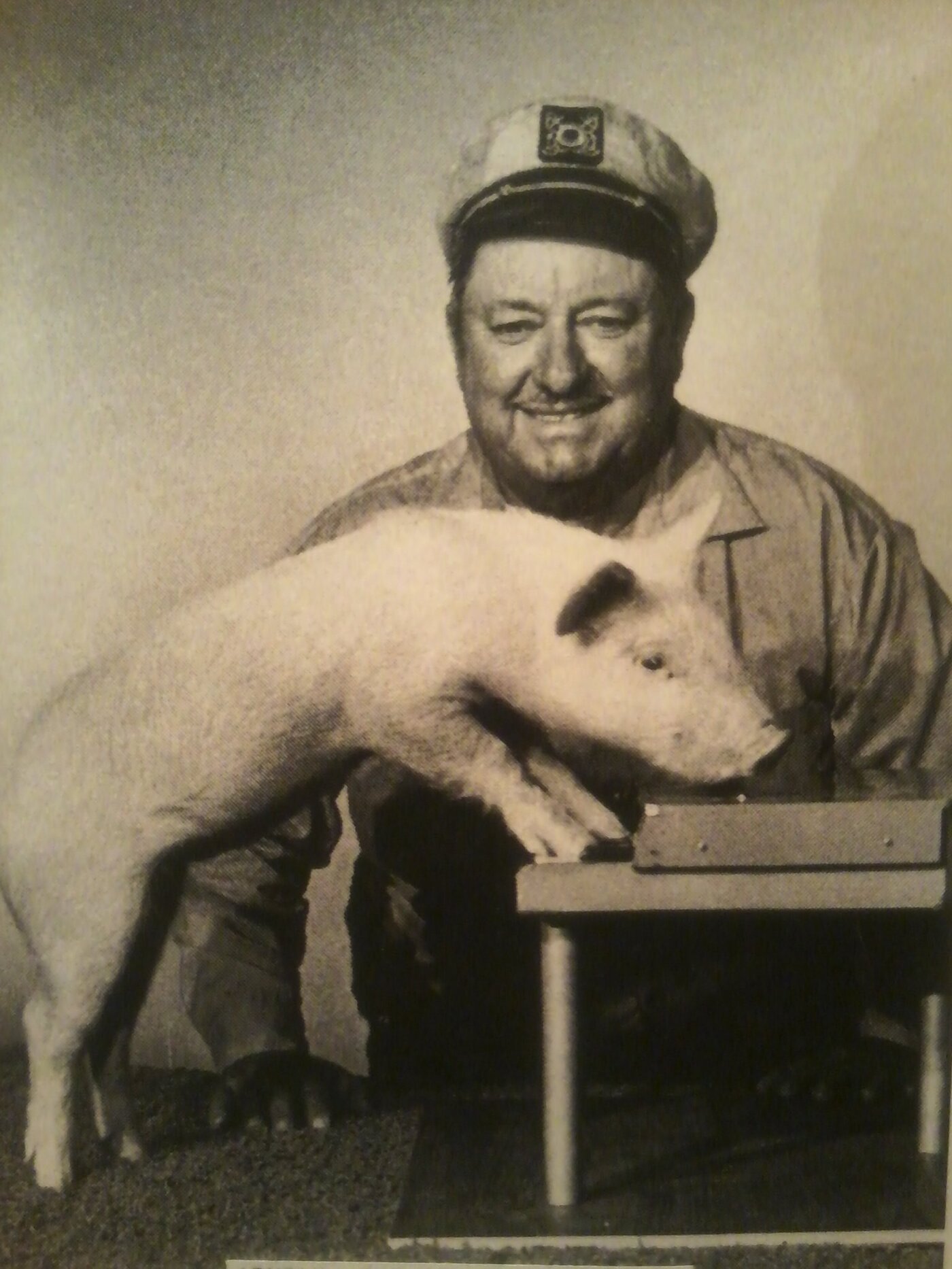 Inn trained the pig Arnold Ziffel to play the piano for the television series Green Acres.

"So he sat in that wheelchair and trained the dog to do things like go get his keys [and] go get his paper," Camp says. "He could talk to the dog, and literally, the dog understood."

After his recovery, Inn returned to his job at MGM. One day, he was sweeping on the set of The Thin Man when he noticed a trainer who couldn't get a dog to perform.

The next day, Inn brought Jeep to work with him. After demonstrating how adeptly Jeep could act out retrieving a ball, Inn "held the ball up in his hand and said, 'Speak!" Camp recalls.

That chance encounter led to a career that lasted more than 50 years. Inn trained thousands of animals — from snakes to camels to chimpanzees — for TV and film. He made a star out of a pig called Arnold Ziffel on the 1960s hit series Green Acres and a shelter dog named Higgins, better known as Benji.

"He could get animals to do things that ... most people didn't believe," Copson says, laughing. "But he had a way."

Inn taught "his way" to a team of assistants, training a new generation of wranglers how to communicate with animals, rather than simply making them perform tricks.

His connection with animals was so strong that Inn kept the cremated remains of his most beloved creatures in his home.

"He had stuff all over," Camp recalls. "Boxes of ashes of various and sundry animals everywhere. And he always said that he wanted all of them in the casket with him when he went. Empty 'em out and pour them in there."

Inn suffered from diabetes and obesity late in life, at one point weighing more than 400 pounds. Before his health declined, Copson helped her father make funeral arrangements.

"We actually had a meeting with the people from the mortuary. He was huge, of course — a big man — and he would have needed a specially designed casket for that. And then he wanted these pockets put in for the animals."

A Myth That Persists

Following his death in July 2002, Inn was laid to rest in the idyllic landscape of the Hollywood Hills.

But despite his wishes, Inn's animals are not buried with him, Copson laments. After her father's death, "I talked to the same woman that we had made the arrangements with," she says. "She said, 'We can no longer do that, because the laws have changed.'"

Many obituaries of Frank Inn claim that Benji, Arnold and the cat from Breakfast at Tiffany's were buried with their trainer. But that, Copson says, is just another Hollywood legend.