Accessibility links
Ben MacIntyre - 'Double Cross' - Before The D-Day Invasion, Doubletalk And Deceit In his new book Double Cross, Ben MacIntyre recounts the story of the huge deception staged by the Allies before D-Day to hide the invasion target from the Germans. MacIntyre speaks to NPR's Scott Simon about the plan and the eccentric characters who carried it out. 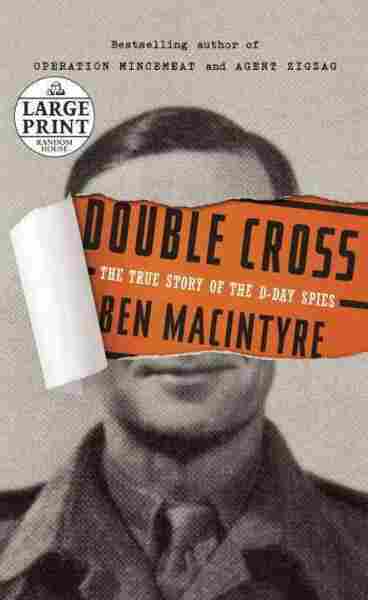 The True Story of the D-Day Spies

Early in 1944, Southern England bristled with 150,000 American, British and Canadian soldiers gathered for an invasion the Allies hoped would end World War II.

The soldiers, pilots, sailors and Marines knew they were there to be launched into Nazi-occupied Europe. But surely the Germans knew also. It's hard to hide the largest invasion force in history. LIFE Magazine even ran photos of GIs in Piccadilly.

The question was: Where would they attack?

The British effort to feign, trick and fool the Germans into believing the D-Day invasion would be anywhere but Normandy was largely the work of people plotting at desks: untrustworthy double-agents, West End set designers and at least one pigeon handler.

Author Ben MacIntyre tells their story in his new book, Double Cross: The True Story of the D-Day Spies. MacIntyre, the author of the previous best-sellers Operation Mincement and Agent Zigzag, spoke to NPR's Scott Simon about what was ultimately one of the great military victories in history.

On the basics of the deception

"There was the real army which was assembling in Southern England, around Southhampton, to invade Normandy. And then they created a completely fake army via the use of inflatable tanks and dummy airfields and dummy landing crafts to look like a real army. The essence of it was this fabric of lies put together by five spies, who just sent volumes of information apparently indicating the buildup of this enormous army that never existed. The idea being very simply that, if Hitler could be convinced that the attack on Normandy was simply a feint, a diversionary attack before the main attack, then that would make a huge a difference. It would mean that the Normandy beachhead could be established. So it was a sort of a poker game they were playing. ... a game of massive bluff."

On how the Allies knew the plan was working

"One of the great advantages [the Allies] had was that, because they had access to all the decrypted German intelligence signals, they could tell whether the deception was working. They could, in real time, follow what the Germans were thinking about what the Allied intentions were. So they had a way of backing it up, which absolutely reinforced the deception. And I think without that, they probably wouldn't have attempted it."

"Patton had been disgraced and removed. But it was known through intelligence that Hitler regarded Patton as the Allies' best general. And so when they were trying to think of some way of reinforcing the deception for this fake army, they appointed a fake general to run it, and that was Patton. So Patton was in nominal command of an army that didn't exist. He went around boasting, 'Hey guys, we're gonna hit Calais very soon.' And he himself said, 'I'm a natural God- - - - ham,' in the hope that he would be overheard and this information would be relayed back to Germany." 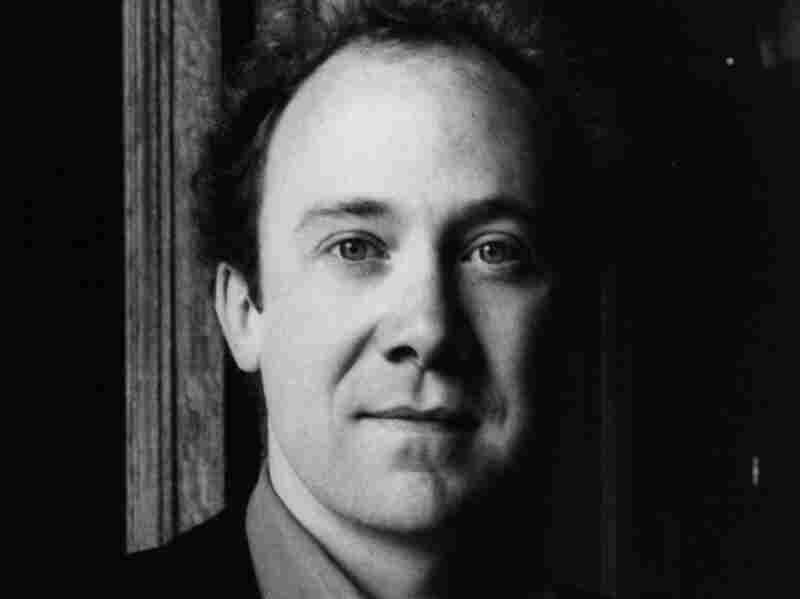 Ben MacIntyre is a columnist and associate editor at The Times of London, and the author of Agent Zigzag. Jerry Bauer/Bloomsbury hide caption 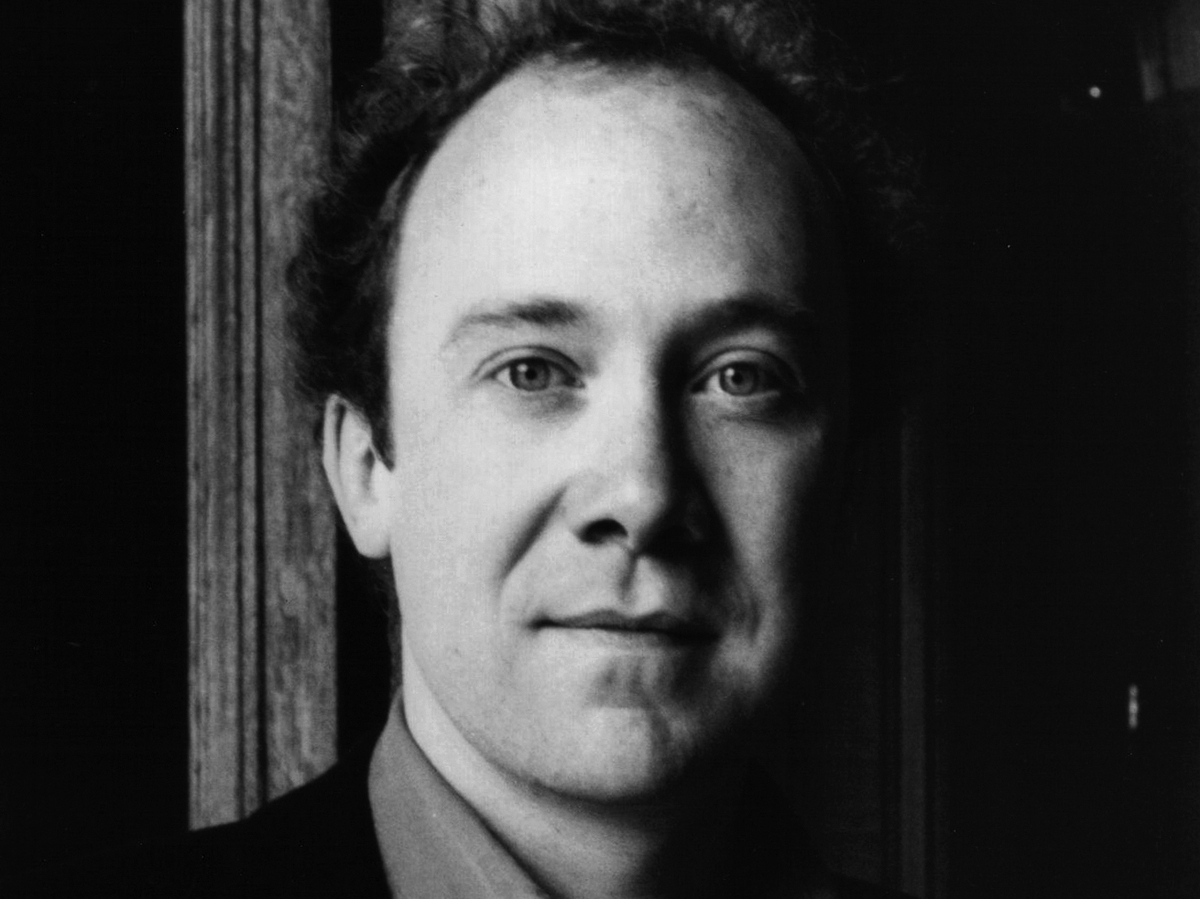 Ben MacIntyre is a columnist and associate editor at The Times of London, and the author of Agent Zigzag.

"One of the most bizarre aspects of this whole story was the decision to make a fake Monty. They found a half-out-of-work Australian actor who looked a bit like [Montgomery, who commanded the Allied ground forces during D-Day]. The problem with him is that he had lost a finger during the first world war, so they gave him a fake finger and trained him up to speak like Monty and to look like Monty. And they made sure that he was spotted somewhere other than the disembarkation grounds in Britain just before the D-Day invasion, the theory being that therefore the Germans would think that the invasion wasn't imminent, and therefore they could relax. It was the most bizarre thing. [This actor] went on to write his memoir, which was actually made into a Hollywood film ... in which he played not only Monty, but also himself. It's a very confusing film."

On the leader of the deception

"It was run by a man called 'Tar' Robertson, who was better known as 'Passion Pants' on account of the fact that he wore tartan trousers at all times. I mean everybody in this story is extraordinarily eccentric. But [Robertson] was a very brilliant man, and he began to use the double agents that Britain had been building up in the first part of the war."

On the double agents

"The five key spies in this regard were code named 'Treasure,' 'Tricycle,' 'Brutus,' 'Bronx' and 'Garbo,' which gives you an idea of what extraordinary figures they were. One was this out-of-work failed Spanish chicken farmer. One was an international playboy called Dusko Popov. My own favorite was a woman with the unimprovable name of Elvira de la Fuente Chaudoir. [She] was a bisexual Peruvian playgirl and gambler, the daughter of a guano magnate from Lima, who had sort of washed up in Britain at the beginning of the war and offered to spy for Britain by heading off to occupied France and getting herself recruited, which she did.

"These were all spies who were thoroughly believed in by the Germans. ... The Germans had absolute faith in them. They believed that this was a part of a large network of spies operating in Britain feeding information back to Germany, whereas in fact the entire network was controlled by British intelligence. ... Every single spy that had been sent to Britain by Germany had been picked up. So in fact the network that Germany believed it had operating in Britain was run by Britain."

"There was a wonderful section in MI5, the security service, whose task it was simply to monitor pigeons. And they came up with a wonderfully elaborate double-cross pigeon scheme, where they decided that if they could drop British pigeons disguised as German pigeons in occupied France, there was a high probability these pigeons would eventually end up in German pigeon coops. Eventually, the Germans would realize that their pigeon coops had been infiltrated by enemy pigeons and would at that point, the theory goes, kill all their pigeons.

"I have to say: This wonderfully complicated double-cross scheme — there's no evidence it worked at all. Although they did drop 350 slightly exhausted pigeons from airplanes on the eve of D-Day, all of which went AWOL."

On when the Germans found out about the scheme

"The extraordinary thing is that they never realized until long after the war that they had been fooled. Eisenhower himself said to the double-cross team, 'Look, if you can keep the 15th army' — the army around Calais — 'if you can keep them out of my hair for 24 hours, you will have done your task.' They managed to keep the 15th army, by drip-feeding this continual network of lies to them, they managed to keep the 15th army bottled up until the end of July. So it was actually more than six weeks after the initial landing. And when, of course, the attack never materialized in Calais, the Germans simply decided, 'Oh, the Allies have changed their plans.' They never rumbled that they had been sold a dummy."