Accessibility links
U.S. Still Religious, But Trust In Institutions Wanes Though more Americans go to church or believe in God than their counterparts in virtually every other Western country, fewer Americans now trust religious institutions. A recent Gallup poll showed that just 44 percent of Americans have a great deal of confidence in "the church or organized religion." 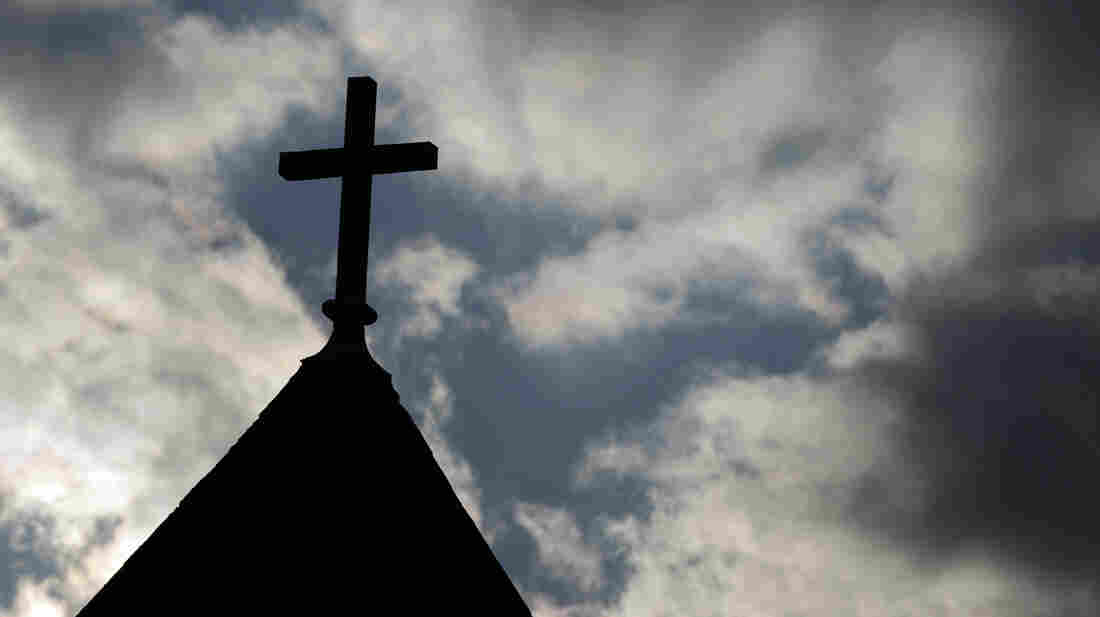 The cross on the steeple of St. Francis Xavier Catholic Church in Henryville, Ind. A recent Gallup poll says only 44 percent of Americans have "great confidence" in organized religion. Michael Conroy/AP hide caption 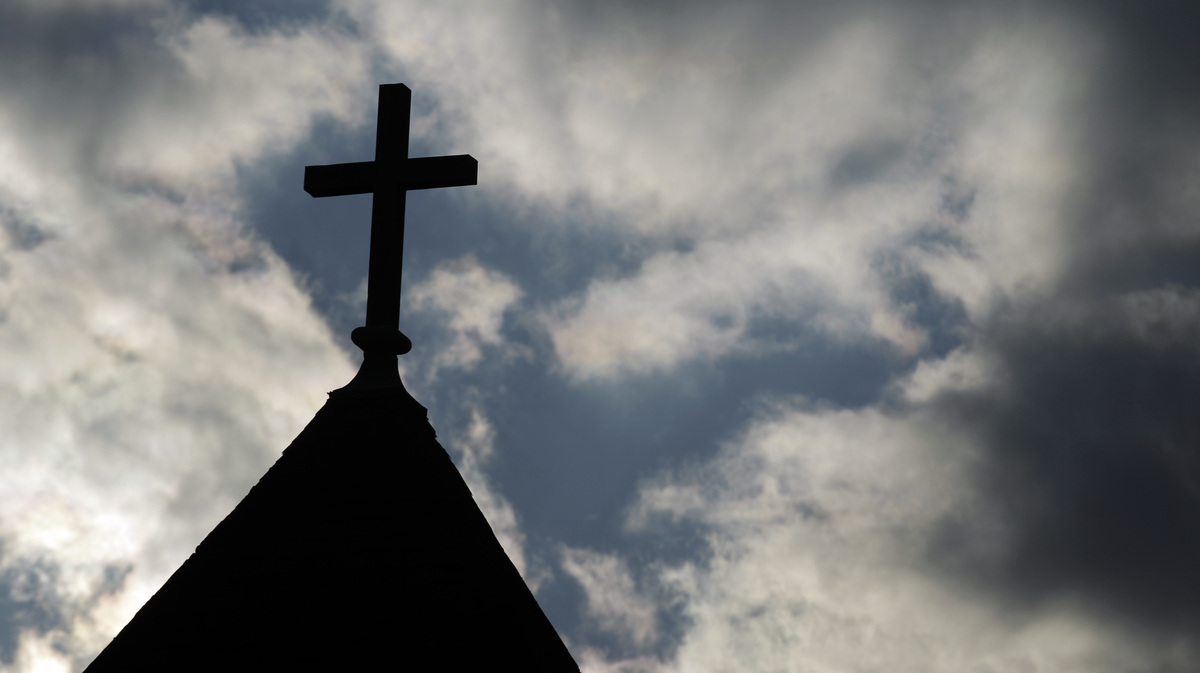 The cross on the steeple of St. Francis Xavier Catholic Church in Henryville, Ind. A recent Gallup poll says only 44 percent of Americans have "great confidence" in organized religion.

Something is happening when it comes to religion in America.

Though more Americans go to church or believe in God than their counterparts in virtually every other Western country, fewer Americans now trust religious institutions. A recent Gallup poll showed that just 44 percent of Americans have a great deal of confidence in "the church or organized religion."

It's unclear if this is a permanent shift or just a sign of the times, but NPR's religion correspondent Barbara Bradley Hagerty says it doesn't mean that America is less religious.

"Although among young people, belief in God is declining," Hagerty tells weekends on All Things Considered host Guy Raz. "But generally polls show that about 90 percent of Americans actually believe in God. So what's happening here is a decline in the trust of religious organizations."

People just don't want to go to church as much as they used to, Hagerty says, and the societal pressures to go aren't there anymore.

Hagerty says one type of religious institution in America that is growing is the nondenominational Christian churches, whose membership has tripled in the last 20 years. She says marketing, a more relaxed atmosphere and a notion that you can have a "personal relationship with God" all contribute to the growth of these institutions.

"That's transcendent, that's transformative," she says. "Because of that, they seem to give meaning and purpose to people's lives. It draws people in."

Pastor Greg Surratt founded Seacoast Church in Mount Pleasant, S.C., nearly 25 years ago. It started with only 65 members but has grown to about 12,000 worshippers and is widely seen as one of the most influential nondenominational evangelical churches in America.

Despite the Gallup poll, Surratt says he doesn't think religion and people living their lives according to what Jesus would teach will go away. But he does say it will change.

This past week, Monsignor William Lynn, the former secretary for clergy at the Archdiocese of Philadelphia, was sentenced to three to six years in prison for covering up sex abuse by priests.

The clergy sex scandal is one of the biggest reasons Catholics have been expressing less and less confidence in the church over the past decade. All of this is happening against a backdrop of what Tom Roberts, editor at large for the National Catholic Reporter, calls a seismic shift taking place within the Catholic Church.

"You have a humbling of the church that's being caused by a lot of outside forces," Roberts tells Raz. That humbling can be seen in the sale of bishop's residences in Philadelphia and Boston largely to pay off sex abuse settlements, he says.

Demographers estimate that the number of priests available for service — currently about 18,000, Roberts says — will be halved by age, retirement and infirmity over the next 10 years. Roberts says it is still unclear what the church will look like at the end of the decade.

"The changes that we're in the midst of ... I think are significant," he says. "Where they lead, we're not certain, but things are changing quite dramatically."

Given the mix of societal forces, the challenges that come out of the sex abuse crisis and the general disposition toward organized religion today, Roberts says, one question is: How do you inspire people to be Catholic?

"What is the community about?" he says. "I think that is a huge question."

On the other end of the spectrum are those with no affiliation, agnostics and atheists. Their numbers have doubled in the last 20 years, Hagerty says.

That rise can be attributed to several factors, she says, including concerns over the merging of religion and politics in the '90s, and the popularity of atheist scholars like Christopher Hitchens and Richard Dawkins giving rise to what she calls "neo-atheists."

"Over the years, more and more people, especially young people, have been willing to come out of the closest [as atheists]," she says.

So will the U.S. go the way of Western Europe, where churches are essentially empty on Sundays? Hagerty isn't so sure, and cites one key difference.

"We have a free market of religion," she says, compared to parts of Europe with state-established religions.

In America you have your choice of hundreds of types of churches, she says, and you can go to anything you want.

"What that means is that they're competing, and it means that they're thinking ... 'How do we bring people in the doors?" she says.