Accessibility links
Dawes, Live In Concert: Newport Folk 2012 Dawes carries a serious torch for the greatest moments of rock's collision with folk and country. The group benefits from its heart-on-sleeve warmth and willingness to explore bold concepts. 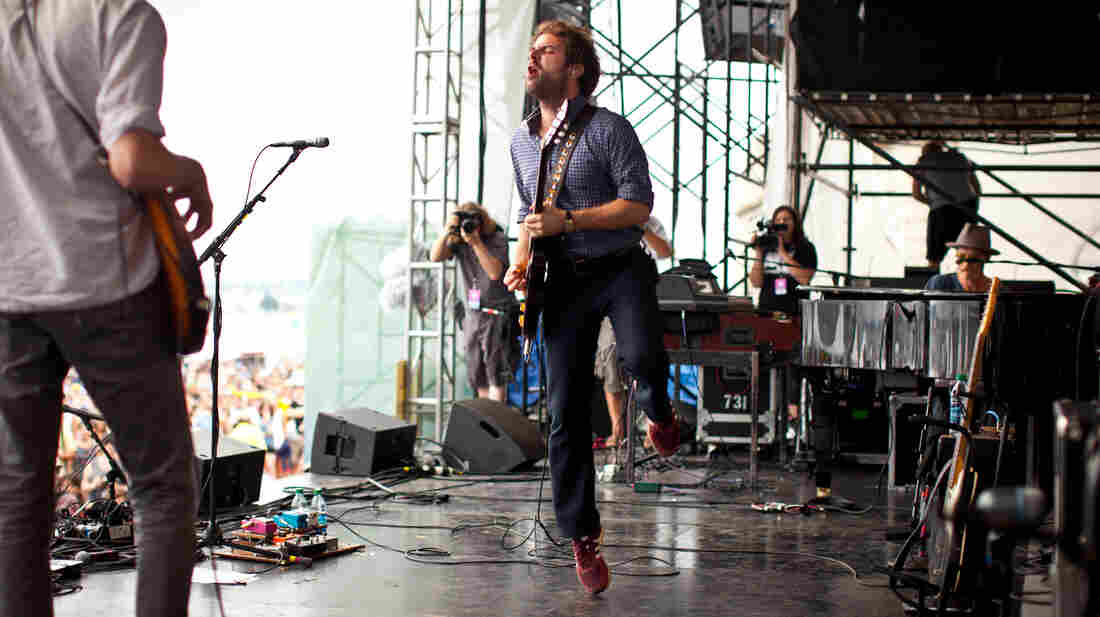 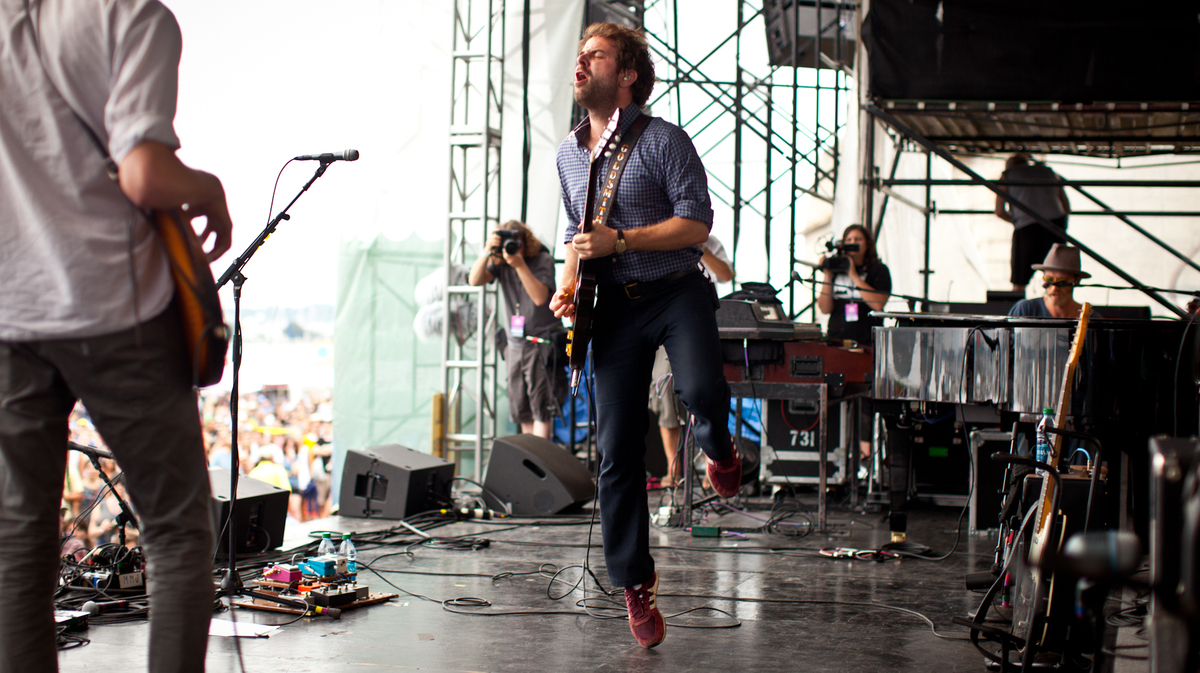 Dawes performs on the Fort Stage at the Newport Folk Festival.

The L.A. band Dawes carries a serious torch for the greatest moments of rock's collision with folk and country: Buffalo Springfield, The Flying Burrito Brothers, The Band. Along the way, it's cultivated an intense following for not only its own records and live shows, but also for those of its closest friends and collaborators (Deer Tick, Delta Spirit) and the supergroups they've formed together (Middle Brother, Diamond Rugs). One or more of those acts is sure to be a featured guest at any Newport Folk Festival — and a highlight, to boot.

Dawes, featuring brothers Taylor and Griffin Goldsmith, benefits from its heart-on-sleeve warmth and willingness to explore bold concepts: Its gorgeous ballad "A Little Bit of Everything," from 2011's Nothing Is Wrong, aims for no less than the meaning of life — a unifying theory of existence built around the notion of trying everything you can, absorbing the sum of life's experiences, and reveling in what matters. As raucous as Dawes can get on the live stage, more than a few fans will wipe their eyes with their shirt sleeves when that song rolls around. Dawes performs here as part of the 2012 Newport Folk Festival, recorded live on Saturday, July 28 in Newport, R.I.