Accessibility links
Does Sen. Thune Have The Right Stuff For Romney? As Mitt Romney's campaign zeroes in on a No. 2 for the Republican presidential ticket, South Dakota Sen. John Thune could be a safe option. He's an experienced legislator with conservative credentials. Yet, like many of his fellow hopefuls, he's coy when it comes to VP talk. 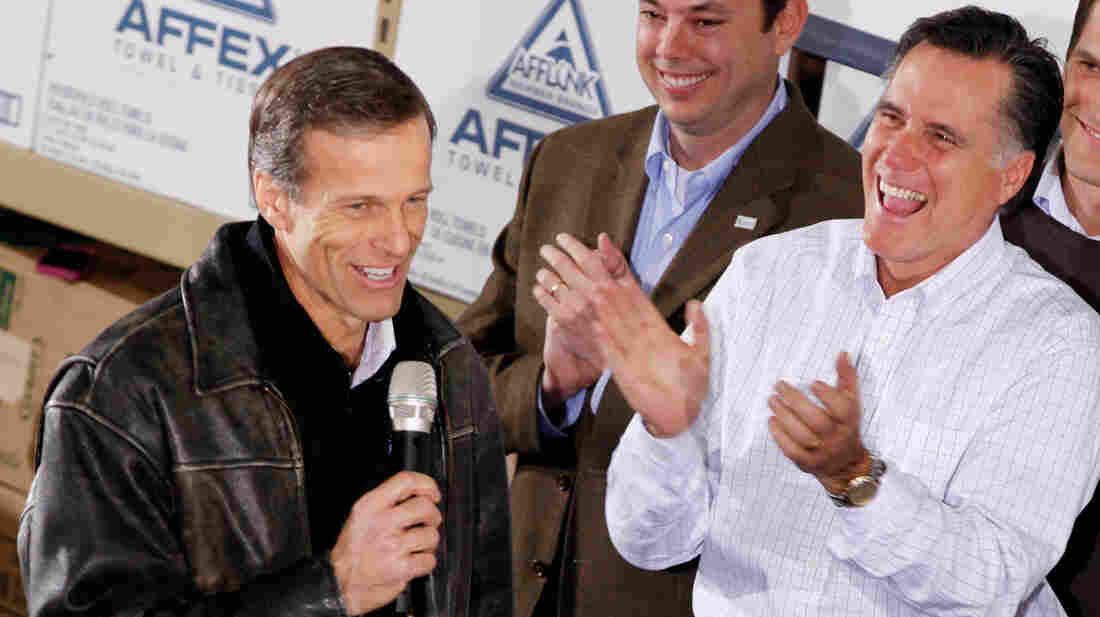 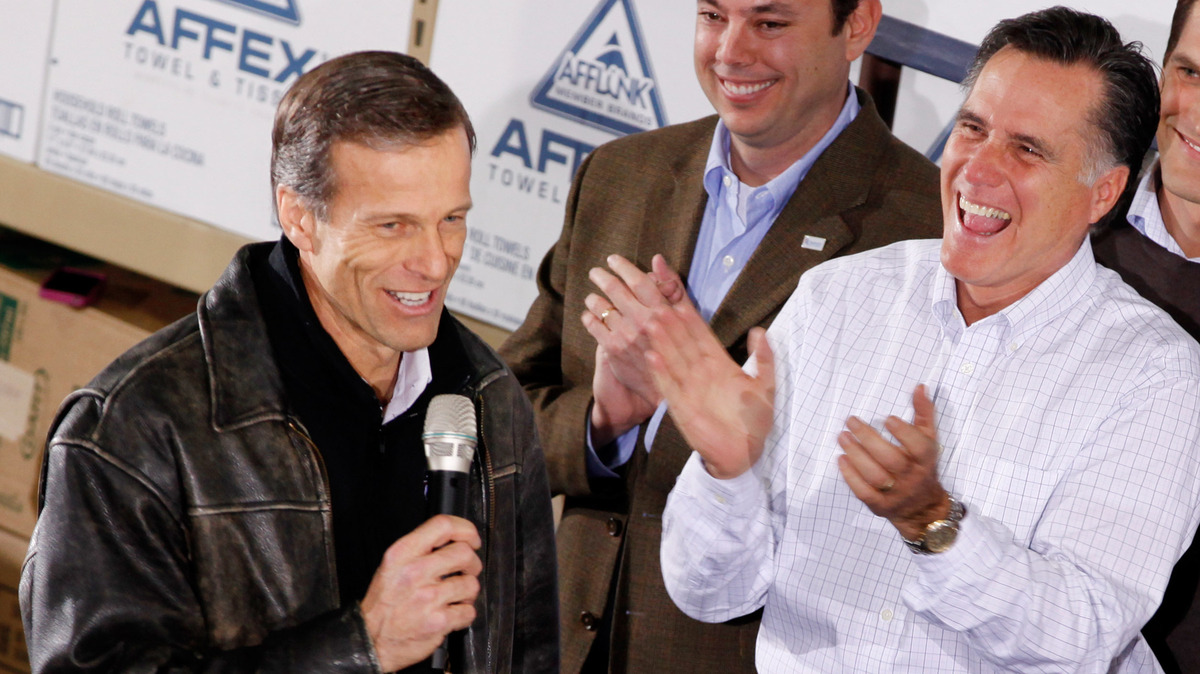 Mitt Romney gets a kick out of South Dakota Sen. John Thune's comments during a January rally in Dubuque, Iowa.

Mike Lee is one of the most conservative members of the Senate. The freshman Utah Republican was elected with strong Tea Party backing and, like Sen. John Thune of South Dakota, he's a man of the West.

Mention the possibility that Thune, 51, might team up with Republican presidential candidate Mitt Romney, and Lee's eyes light up: "I love John," he says. "He's articulate, passionate, collegial. I mean ... I think he'd be great."

A less conservative Republican and woman of the East, Sen. Susan Collins of Maine, points out that she and her GOP colleagues unanimously elected Thune to their leadership team.

"He has a good image for the party," Collins says. "He relates well to people who represent the more conservative wing of the party as well as those of us who are more moderate. He gets along with everyone."

That's fine with his Republican colleague, North Dakota's John Hoeven. Hoeven says Thune understands how to get legislation passed on Capitol Hill. "I think he'd be great, and he'd be very effective in terms of helping in a Romney administration," he says.

In other words, John Thune may well be what you'd call a Washington insider.

But catch up with him on the underground train that trundles senators from the Capitol to their office buildings? He acknowledges it's "normally not a flattering" label.

When asked if he is a Washington insider, Thune replies: "No, no. I mean, I think what they mean by that is it's somebody ... who's been here, you know, long enough to understand how the process works."

Eight years ago, Thune won his Senate seat by beating Tom Daschle, the Senate Democratic leader at the time. Thune told NPR then that Daschle had spent too much time in Washington:

"Tom has had 26 years in Congress, but he's not listening to us anymore, and he's not leading the people of South Dakota," he said.

Thune has now spent about 26 years himself in Washington. He's been a Senate aide, a small-business administrator, a member of the House for six years and a lobbyist for South Dakota railroads. Once a Democrat, Thune says Ronald Reagan inspired him to switch parties.

"You know, I'm a conservative in my political beliefs," he says. "And ... sort of conservative when it comes to my Christian faith."

And that colors Thune's politics.

After the Obama administration directed some religious-affiliated institutions to provide contraceptive coverage in their health insurance earlier this year, Thune said: "I think decisions like this are also decisions that move us more in the direction of the secularization of our country."

These days, Thune is coy about whether he's a contender to be Romney's running mate.

"They have a process. You'll have to ask them all those questions," he says.