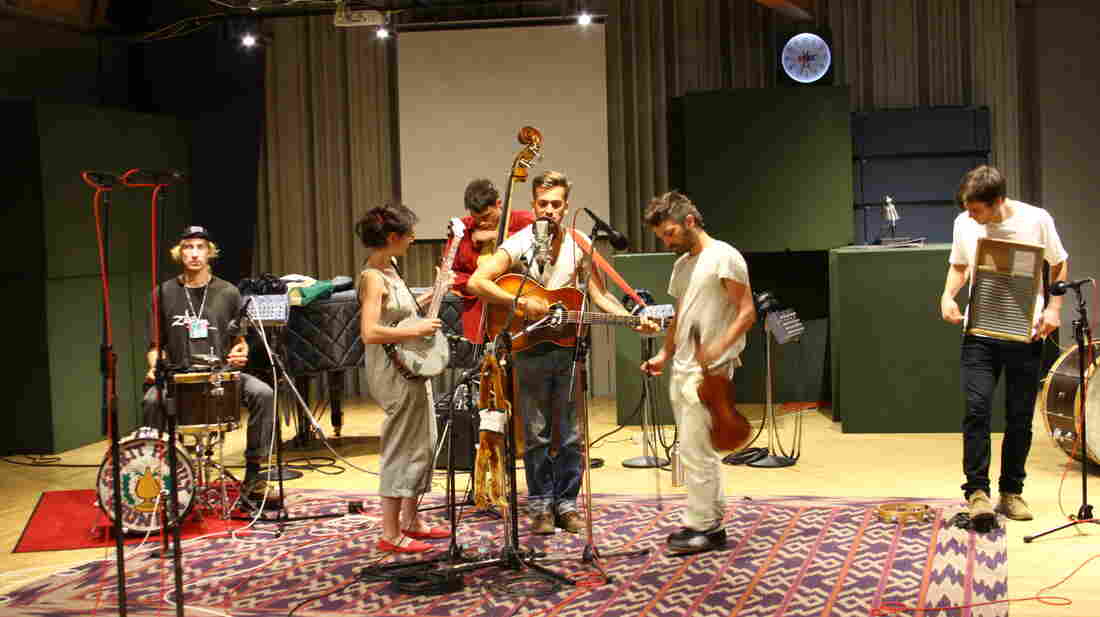 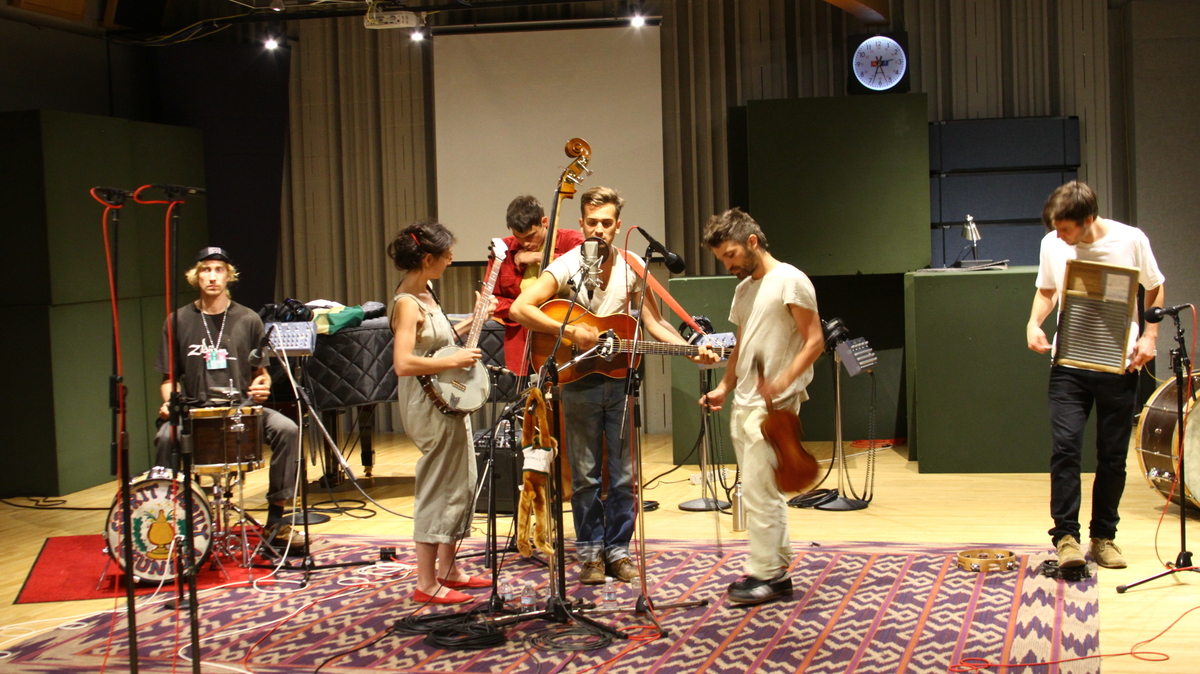 "When My Name Is Spoken"

"I Want to Be Relieved"

It's summer. It's hot. And that means it's time for a particular kind of music: the kind that streams from church basements and empty lots, raising your spirit as high as the mercury. It's revival season.

Spirit Family Reunion isn't from Appalachia or the plains; the band is from Brooklyn. Its music, though clearly Americana-based, casts a wide enough net to elude classification.

"I think a lot of what we try to do is provide the spirit of gospel music without being a particular faith or excluding any faith," adds fiddle player Mat Davidson. "Open-door gospel, I guess."

Though they're unsigned, they are still making their way to the stages of some major music festivals — including the Newport Folk Festival, where they played this weekend. But before they did, Spirit Family Reunion stopped by NPR to chat with David Greene and perform some songs from their new album, No Separation.