Accessibility links
Blind Pilot, Live In Concert: Newport Folk 2012 Since expanding from a duo into a sextet, Blind Pilot has given its warmly catchy, charming folk-pop a bit of a kick. The band's albums are stuffed with ringers: It's never released a bad song. 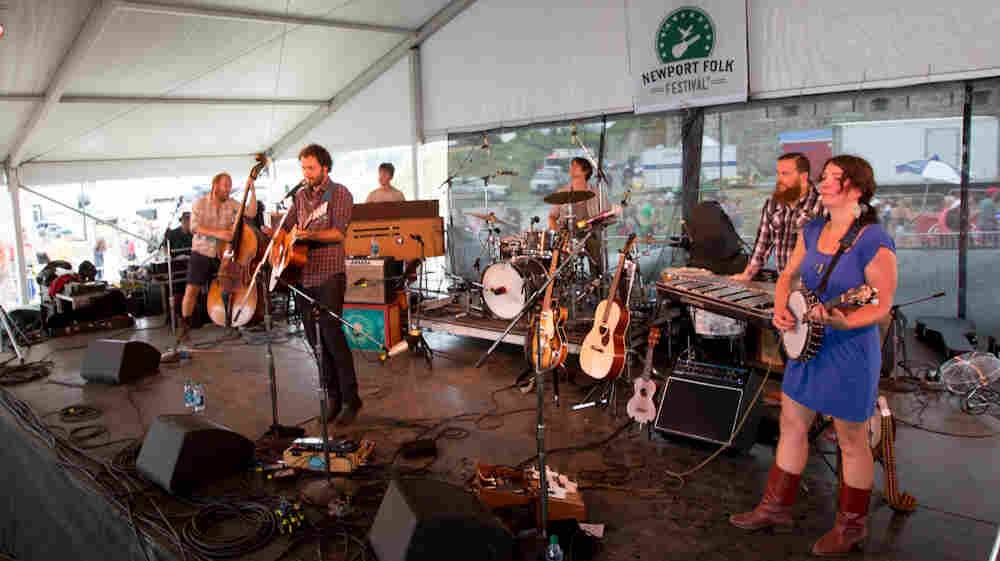 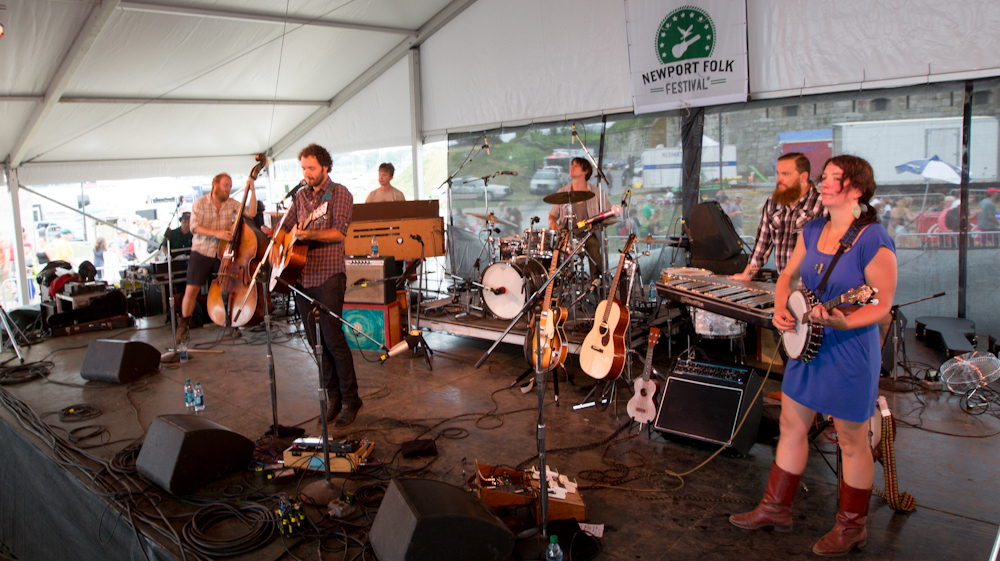 Since expanding from a duo into a sextet, Blind Pilot has given its warmly catchy, charmingly delicate folk-pop a bit of a propulsive kick: For all the band's sweet, easy-going grace, it's a special pleasure to hear it apply a percussive jolt to songs like "We Are the Tide." Released last year, the album of the same name is consistently engaging, but Israel Nebeker's songs about nature and desire sound best when Blind Pilot puts some muscle behind them.

Fortunately, the Portland, Ore., outfit has learned to harness its music's momentum on the live stage — any time it's got multiple percussionists going at once, that can only be a good thing — while retaining a gift for indelible melodies. Of course, it helps that both of Blind Pilot's albums, We Are the Tide and 2008's fantastic 3 Rounds and a Sound, are stuffed with ringers: It's a band without a bad song, and that's some kind of wonder to behold. Blind Pilot performs here as part of the 2012 Newport Folk Festival, recorded live on Saturday, July 28 in Newport, R.I.