Accessibility links
Writer Has A Down-Home Feel For Atlanta's Dark Side Growing up near Atlanta, Karin Slaughter learned that tragic crimes can happen to anyone — even children. She says she sets her crime fiction in Atlanta as a way to honor the city's people and turning points, from the election of its first black mayor to the 1996 Olympics. 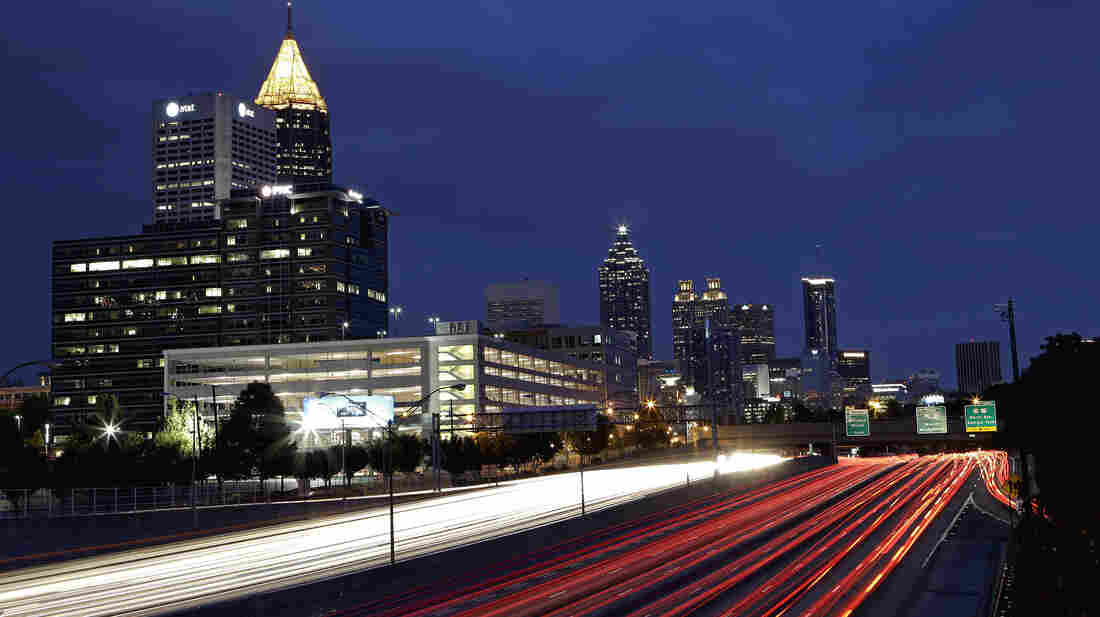 Writer Karin Slaughter has seen the fallout of some of Atlanta's most gruesome crimes and most dramatic transitions. David Goldman/AP hide caption

Best-selling crime novelist Karin Slaughter (yes, that's her real name) grew up just south of Atlanta in the 1970s and '80s, when the city saw some of its most gruesome crimes: A rash of child murders in which dozens of African-American children disappeared, their bodies turning up in nearby woods and rivers. The realization that horrid crimes can happen even to children changed Slaughter's life.

"I went from this really fun, happy childhood where I could go anywhere I wanted on my bike as long as I was home by the time the sun went down, to always having to check in with my parents," she says. "And that made me interested not just in crime, but what crime does to communities."

Slaughter set her first books in a fictional Georgia county, but she soon realized she needed a real brewing city to make her gruesome crimes work, so she placed her Will Trent series in Atlanta. Trent is a fictional Georgia Bureau of Investigation agent who is smart, charming and hiding a secret — he's dyslexic. 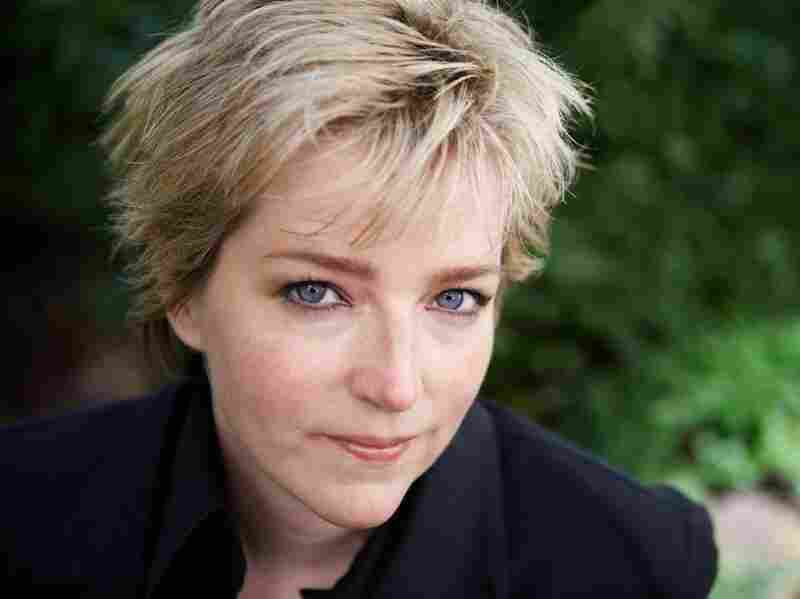 In addition to her Will Trent series, Karin Slaughter has also written a series of crime novels set in the fictional town of Heartsdale, Ga. Alison Rosa/KarinSlaughter.com hide caption 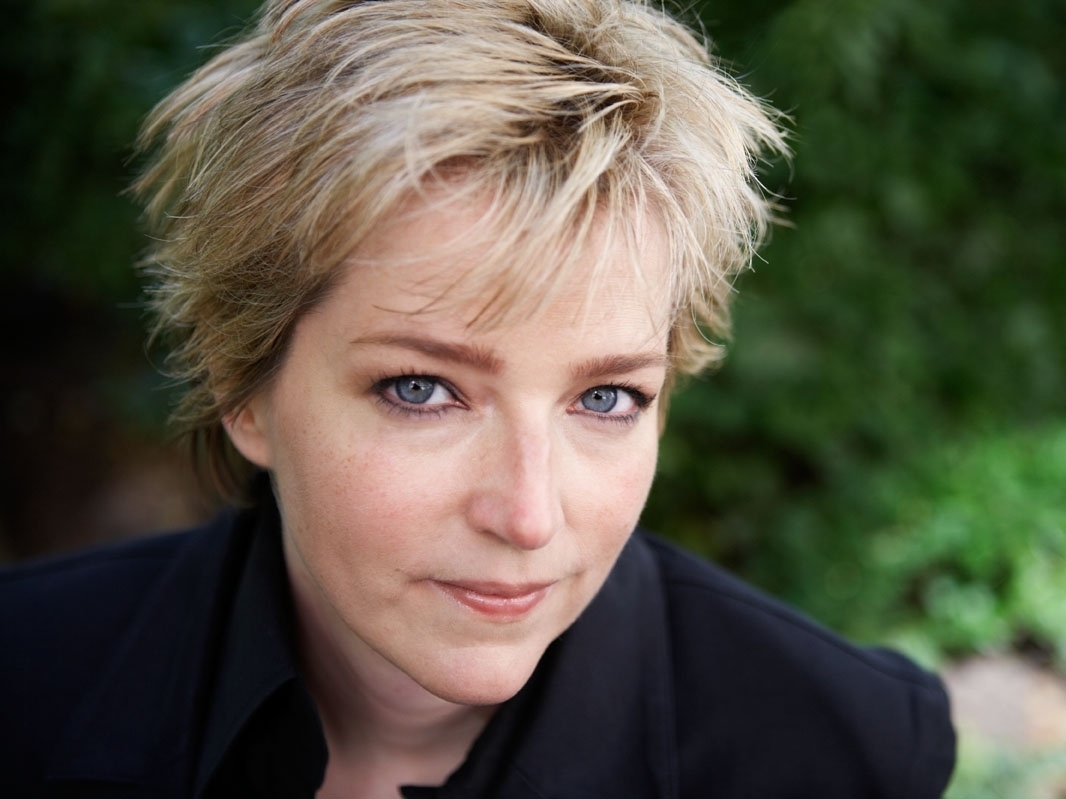 In addition to her Will Trent series, Karin Slaughter has also written a series of crime novels set in the fictional town of Heartsdale, Ga.

"As a Southerner, I love obstacles for my characters," Slaughter says. "I'm very interested in damaged people and this is a secret he has. And if you think about it, criminals are people who keep secrets. So Will [Trent] is a man who understands — it gives him [a] sort of entree into speaking with criminals and hopefully getting them to confess."

A Society That 'Blossoms On Secrets'

The locations for Slaughter's grisly crimes are sometimes decided by chance. In Fractured, the well-to-do Ansley Park neighborhood, with its wide, circular streets, serves as the setting for a particularly gory opening scene: A mother arrives home to find what she thinks is her daughter covered in blood and a man leaning over the body, knife in hand.

Slaughter explains the choice: "Initially, I was looking at houses in this neighborhood, and I thought if I had a violent murder here that maybe the property values would go down. That didn't happen, at least not enough for me."

As she walks along the front of the house that inspired her, with its white columns and Southern wrap-around porch, a woman drives by and stops at the corner, keeping an eye on Slaughter.

"I'd like to say this is very similar to a scene from the book," the author says, "because we've been standing in front of this house, so a woman who's obviously just come from the gym pulled up in her SUV to check us out."

Even so, Slaughter seems more like a down-home neighbor than a best-selling author. As a Southerner, she says she grew up with busybodies and the idea that everyone keeps some secrets. 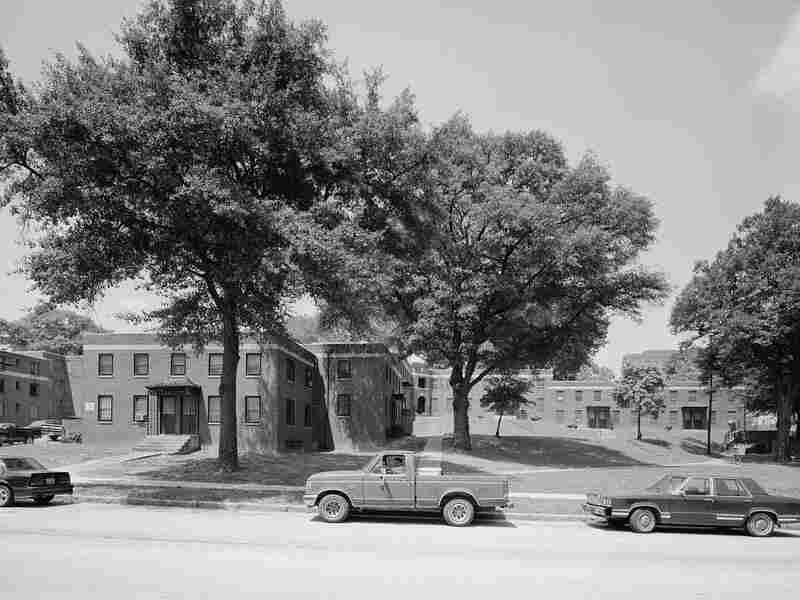 Completed in 1936, Atlanta's Techwood Homes was the first public housing project in the nation. But in the years before the 1996 Atlanta Olympics, the community had become known for its poverty, gang violence and drug trafficking problems. Library of Congress Prints and Photographs Division Washington, D.C. hide caption 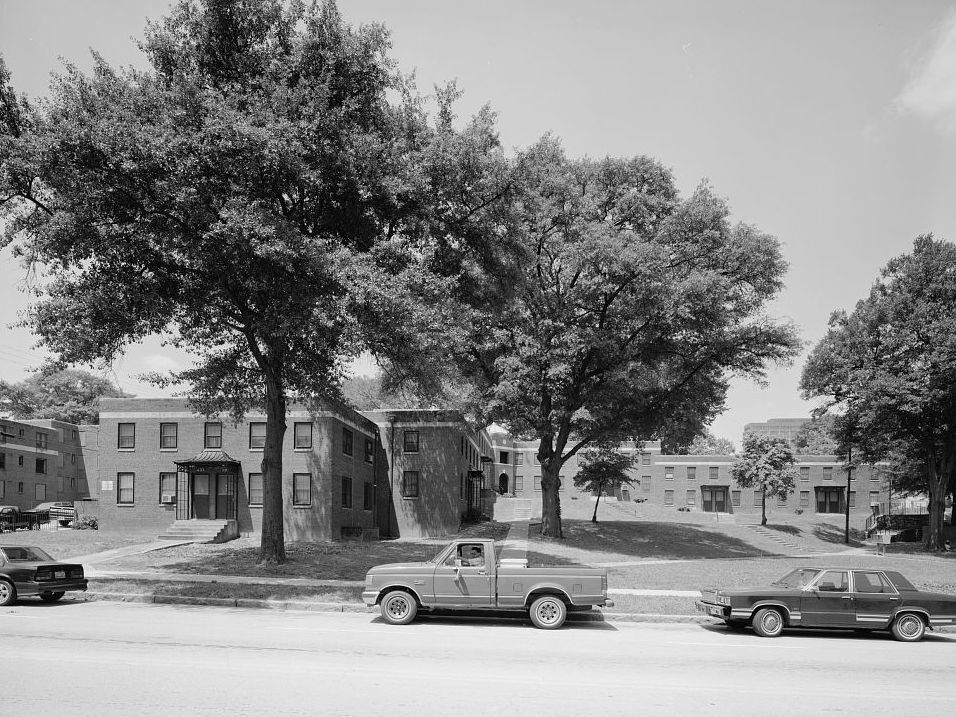 Completed in 1936, Atlanta's Techwood Homes was the first public housing project in the nation. But in the years before the 1996 Atlanta Olympics, the community had become known for its poverty, gang violence and drug trafficking problems.

"When I was little, my grandmother would take me to church with her and she would introduce me to people," Slaughter recalls. "She'd say 'This is Mrs. Smith.' Bless her heart, as soon as Mrs. Smith turned her back, my grandmother would say, 'Well you know, she's a drinker,' or, 'You know, her husband is cheating on her.' There was always some deep, dark secret that Mrs. Smith would be mortified if anyone knew, but we are a society that really blossoms on secrets."

A Neighborhood — And City — In Transition

At 5 feet 4 inches, this petite blond with piercing blue eyes doesn't seem like she would write such gory tales, but Slaughter says she combs autopsy reports to ensure her murders are authentic. She also wants her female crime solvers to seem real — including Will Trent's boss, Amanda Wagner, and her partner, Evelyn Mitchell.

Slaughter's 12th book, Criminal, the latest installment of the Trent series, juxtaposes present-day Atlanta with what it was like in the '70s. In it, Amanda and Evelyn are sent into one of the poorest neighborhoods in the city. Slaughter writes:

"The smell engulfed the interior of their car as soon as they had crossed over the four-lane expressway. It wasn't sewage this time, but poverty, and people living stacked on top of one another like animals in crates. The heat was doing no one any favors. Techwood Homes was made of poured concrete with a brick façade, which breathed about as well as Amanda's nylons.

"Beside her, Evelyn closed her eyes and took a few shallow breaths through her mouth. 'Okay.' She shook her head, then looked down at the map. 'Left on Techwood. Right on Pine.'

"Amanda slowed the car to navigate the narrow streets. In the distance, she could see the brick row houses and garden apartments of Techwood Homes. Graffiti marred most surfaces, and where there was no spray paint, there was trash piled waist-high. A handful of children were playing in the dirt courtyard. They were dressed in rags. Even from a distance, Amanda could see the sores on their legs."

In the '70s, Slaughter says, most people stayed far away from Techwood Homes, the country's first public housing project. Since then, much of the complex has been torn down and transformed into tidy apartments, known as Centennial Place, near the Georgia Tech campus and in the shadow of downtown skyscrapers and Coca-Cola's world headquarters. But that didn't keep her from writing a body into the dumpster behind one of the new buildings. 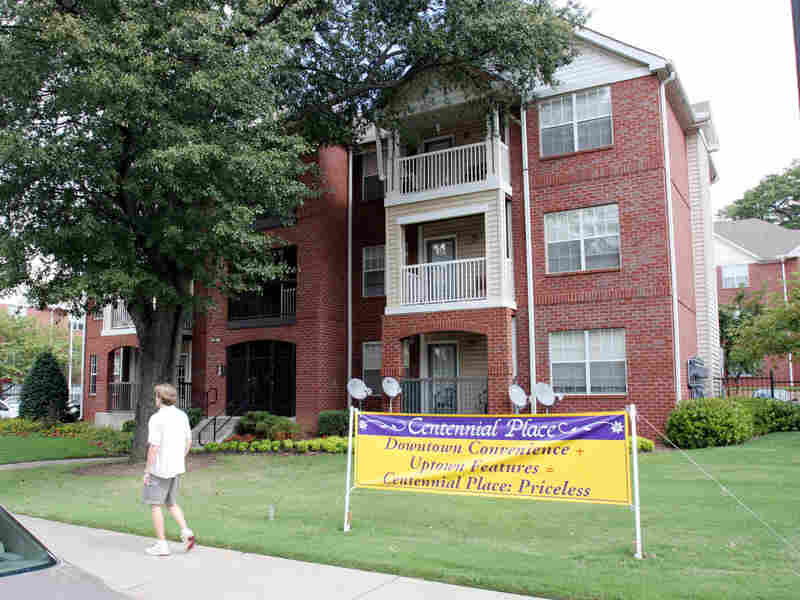 Just before the Atlanta Olympics, Techwood Homes was torn down to make room for Centennial Place, a mixed-income housing development. Today, the neighborhood is transformed, but it still has a place in Slaughter's grisly crime fiction. Gene Blythe/AP hide caption 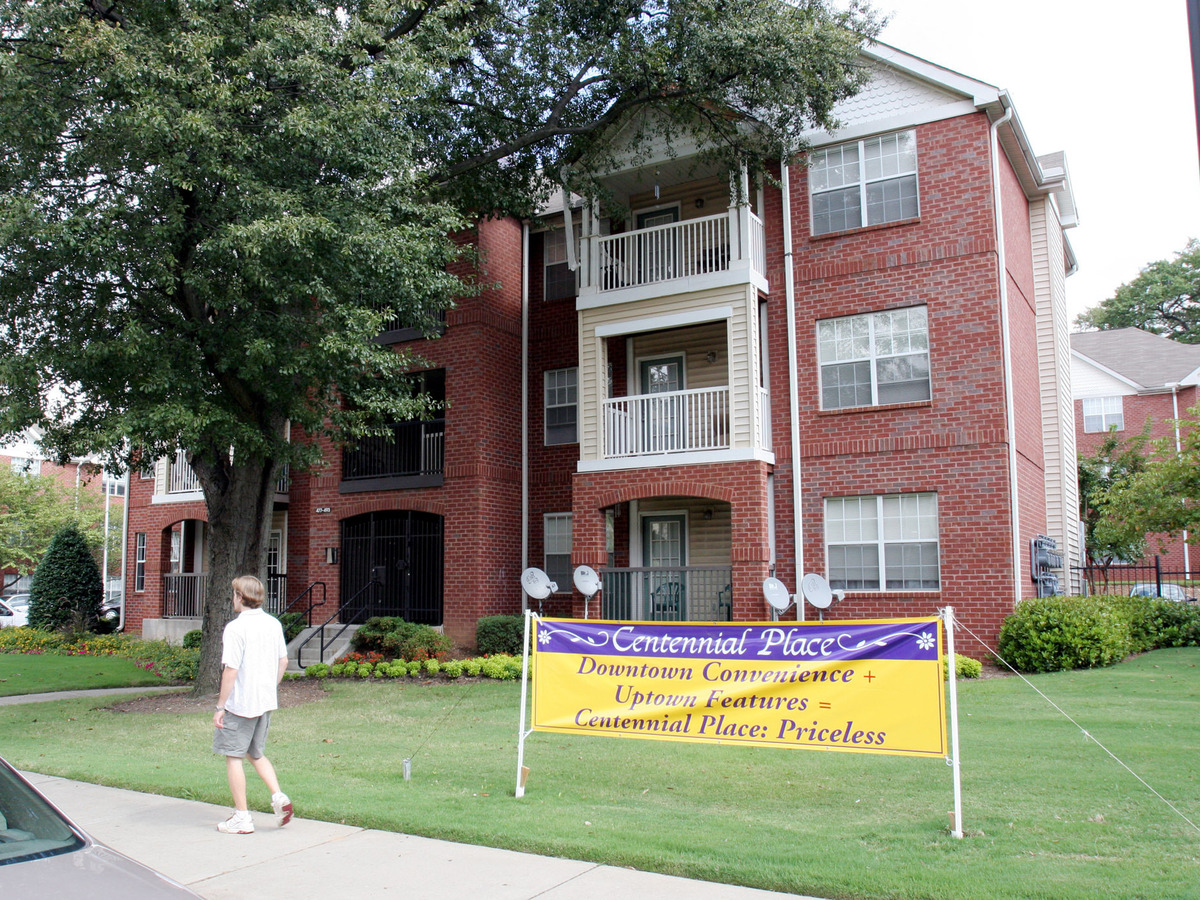 Just before the Atlanta Olympics, Techwood Homes was torn down to make room for Centennial Place, a mixed-income housing development. Today, the neighborhood is transformed, but it still has a place in Slaughter's grisly crime fiction.

Standing near the former site of Techwood Homes, Slaughter explains, "When Criminal starts out, Lucy, who is a young prostitute, looks and sees the Westin being built in 1974. If you think about how many people have stood in this exact spot ... well, you see everything that defines Atlanta."

Slaughter says she wanted to tackle what life was like in the '70s because it was a pivotal time in Atlanta — that's when the city elected its first black mayor, Maynard Jackson.

According to Slaughter, "[Jackson was] someone who said, 'There's no black, no white, only green,' and really focused the city on business and attracting business and getting the Olympics here, which completely changed Atlanta. But he was also a man who stood up for women."

Channeling 'The Voice Of Atlanta'

Slaughter has been lauded for writing strong female characters, including Amanda Wagner and Evelyn Mitchell, who endure rampant sexism at work. To keep the stories authentic, she consulted with women who actually lived through those challenges, like Georgia Bureau of Investigation forensic artist Marla Lawson.

"You know, way back in the '70s and early '80s, nobody knew anything about sexual harassment," Lawson says. "You didn't say anything about your supervisor because you were afraid you'd lose your job." 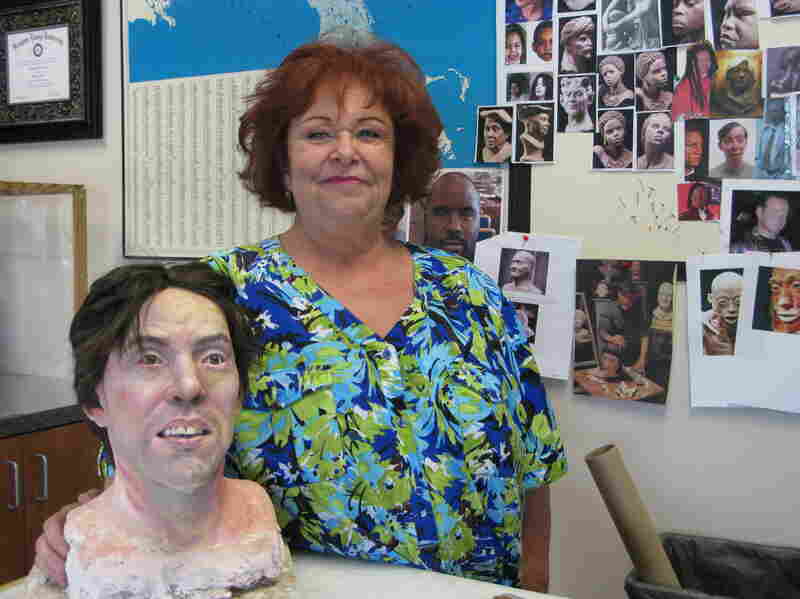 Marla Lawson has worked as a forensic artist for the Atlanta Police Department and the Georgia Bureau of Investigation for decades. Kathy Lohr/NPR hide caption 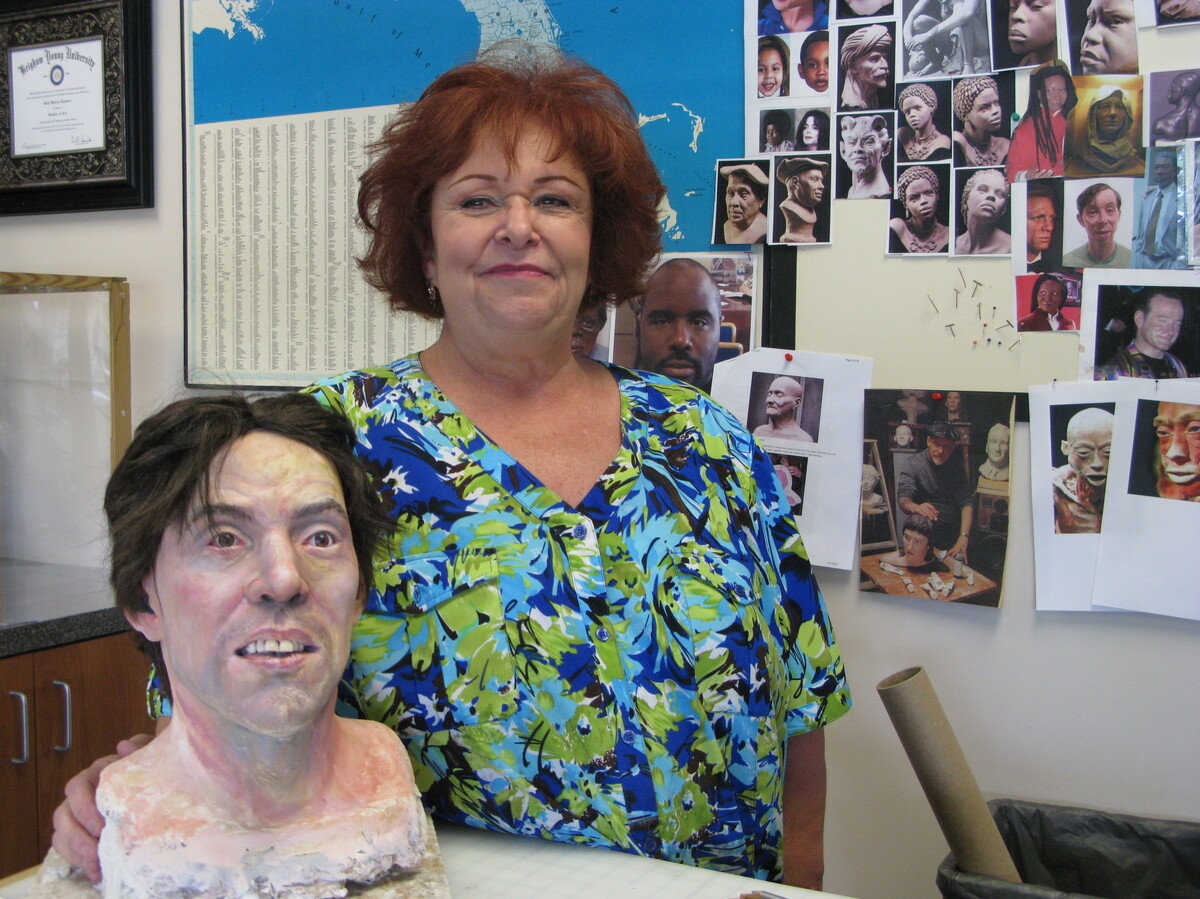 Marla Lawson has worked as a forensic artist for the Atlanta Police Department and the Georgia Bureau of Investigation for decades.

Lawson, who still solves crimes with her forensic sketches, is a tough, outspoken woman. She's famous in part for her drawings of Eric Rudolph, who was convicted of the 1996 Olympic Park bombing in Atlanta.

"I've seen some really gross things," she says. "I don't know why but after you see them for so long, you kind of tune them out."

The stories Slaughter hears filter into the personalities of her characters, but she says none of her fictional crime solvers are based on any one person. She did extensive research for Criminal, checking out decades-old maps, historic photos and forensic techniques, but says it's her background that guides her voice as an author.

"What I know is the characters in a Southern town," she says. "I know the cadence of the language and the voice of Atlanta because I've lived here for so long. And I know the neighborhoods and I hopefully know the people, and I feel a connection to them. And I also feel like I'm honoring them when I talk about them."

Slaughter, who's now 41, says her goal is simply to tell a good story — and also, perhaps, to be the city's ambassador for crime fiction.

Read an excerpt of Criminal

Read an excerpt of Fractured