Accessibility links
Newport Jazz 2012: The Preview Mix Get ready for the festival with this mix of the festival's artists, from living legends to young phenoms. Find NPR Music's coverage from Newport, Aug. 4-5, at npr.org/newportjazz. 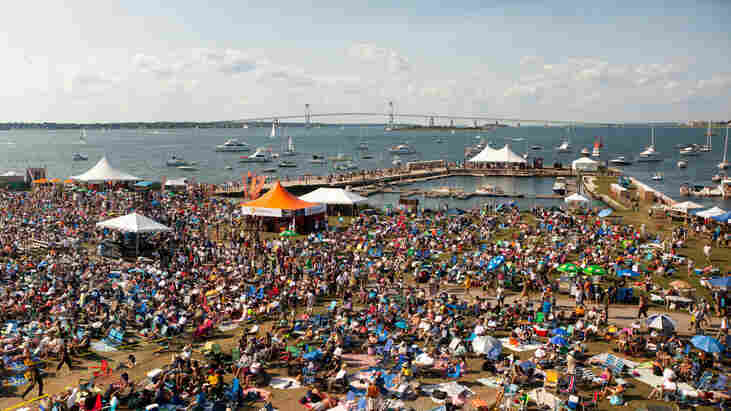 A view of the crowd and harbor from Fort Adams at the 2010 Newport Jazz Festival. Erik Jacobs for NPR hide caption 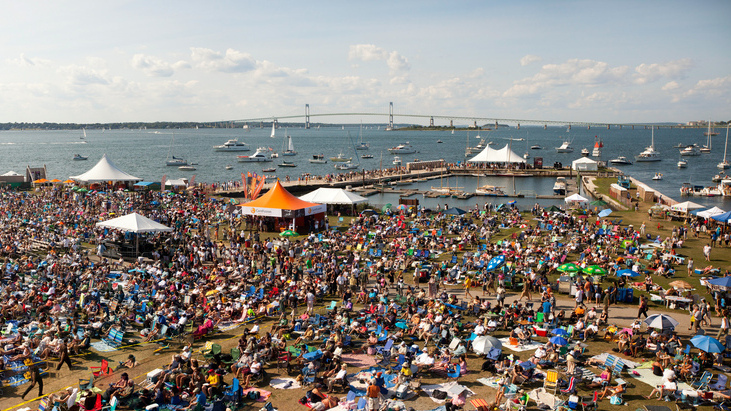 A view of the crowd and harbor from Fort Adams at the 2010 Newport Jazz Festival.

The experience of going to the Newport Jazz Festival actually starts before you get there. The community of Newport sits at the tip of Rhode Island's Aquidneck Island — the exact festival location even more so — which means you're going to need to cross a big bridge or hop a boat. You'll probably pass through the old resort community of Newport, and by its massive oceanside mansions. It'll be about 75 degrees Fahrenheit, with a stabilizing ocean breeze. And then there's the music.

If you don't manage to traverse Narragansett Bay, this year NPR Music and its partners WBGO and WGBH will offer a live video webcast of the Newport Jazz Festival Aug. 4-5, then an archived recording. As a way of previewing this year's lineup, we've put together a collection of artists appearing at Newport 2012, from living legends to young phenoms. Wherever possible, we found recordings of the actual bands on the festival lineup, with a few classics some artists might just pull out of their arsenals as well.

You can hear a broader selection from all these artists on WBGO's HD2 and online stream The Jazz Bee. And once again, information about NPR Music's coverage from Newport is all at npr.org/newportjazz.

Artists In This Mix: