Accessibility links
Rediscovered Headstones Hold Clues To Calif. Quake California's Gilliam Cemetery appears to have more occupants as of late, but it's not only because new bodies have been buried there. Instead, old headstones that were claimed by the earth a century ago have been resurrected.

The Gilliam Cemetery, which lies 60 miles north of San Francisco, appears to be gaining residents lately. But it's not only because new people have been interred there. Instead, headstones that wound up being buried a century ago have been found and resurrected.

The cemetery's story begins in 1850, when a wagon train of pioneers left Missouri and settled near what is now Sebastopol, Calif. The Gilliam Cemetery was started in 1852, when Polly Gilliam Sullivan and her husband, Isaac, needed a place to bury their stillborn son.

Many of the town's pioneers rested peacefully in the cemetery until the morning of April 18, 1906. That's when the San Andreas Fault ruptured offshore from San Francisco, picking up speed as it traveled north.

U.S. Geological Survey seismologist Jack Boatwright first visited the graveyard in 2006, for the earthquake's centennial. The trip was part of his attempt to create the first digital "ShakeMap" of the quake. He confirmed that some of the strongest shaking happened in this part of Northern California. 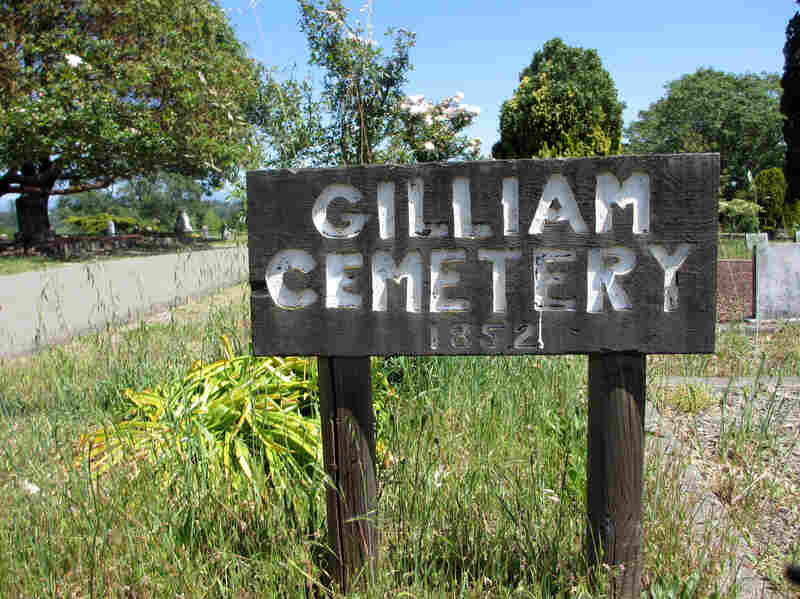 The Gilliam Cemetery, near Sebastopol, Calif., received its first grave in 1852. Many of its older headstones have disappeared over the years. Cindy Carpien/NPR hide caption 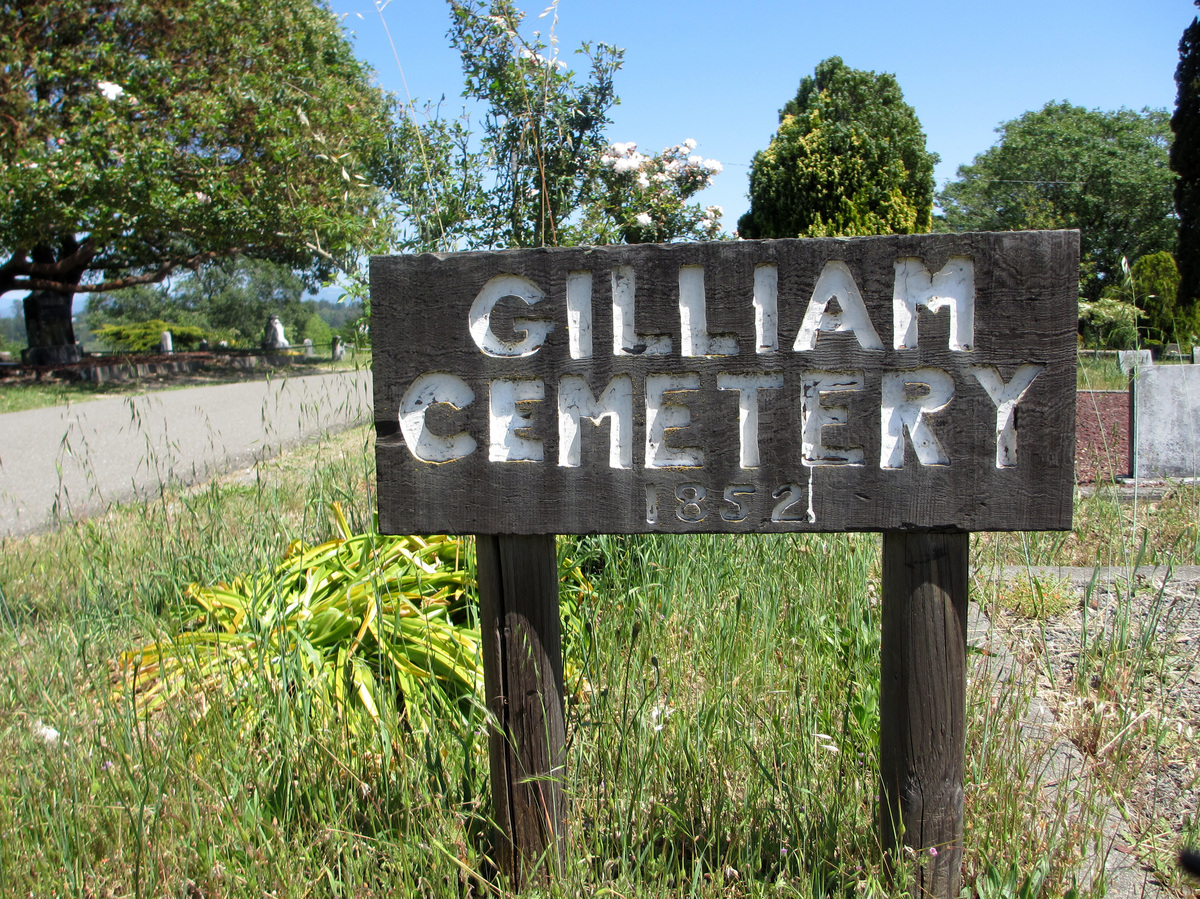 The Gilliam Cemetery, near Sebastopol, Calif., received its first grave in 1852. Many of its older headstones have disappeared over the years.

And the evidence is still visible in old graveyards like Gilliam, where Boatwright found 3-foot marble headstones that had been broken in the 1906 quake — including one for pioneer Elizabeth Crowe, who died in 1889. Her grave marker looks as though it was shattered into five pieces.

At the time of his research, Boatwright noted that the quake had fractured as many as two-thirds of the gravestones in this cemetery — as NPR reported in 2006. But back then, Boatwright didn't know that some missing headstones were being found and repaired by caretaker Tony Pires.

More than a decade ago, Pires, 75, volunteered to mow the cemetery's lawn. And over the years, he found partially buried pieces of headstones as he crossed the turf. Eventually, he started trying to piece them together.

So Pires investigated further, using a skinny welding rod or poker to push gently into the ground. Sometimes he'd come upon a hard object, possibly a bottle or a can. "And sometimes," he says with a wide grin, "it's a stone. And that's when I get all excited." Often, the stone would be a long-lost part of a broken headstone.

Despite the powerful earthquake, the ground did not open up and swallow the headstones in 1906. A graveyard has a way of consuming all on its own. And it can actually be quite a lively place, as plant roots grow and birds peck for seeds — both activities loosen the dirt around broken stones.

And then, Pires says, there's the larger culprit. He points to clues all around the graveyard.

"Gopher holes and gopher trails," he says. "The stones fall into the dirt and [the pieces] get buried even more."

When Jack Boatwright was here in 2006, he never imagined the effect gophers would have on his research. "So, any stones Tony has unearthed," he says, "would increase the estimate of ground shaking that I had previously."

So far, Pires has pieced together and reinstated close to 30 headstones, including those for the pioneer couple who started the cemetery, Isaac Sullivan and his wife, Polly Gilliam Sullivan.

They are the great-, great-, great-grandparents of Jean McNear Powers, who says she used to visit the Gilliam Cemetery with her grandmother. "I ran around and chased gophers," she recalls.

Powers believes about 40 of her relatives are buried in the cemetery. But until Pires started poking around, she didn't know where some of them were.

"It brings me peace and contentment and gratitude, because as I look at the stones, there were so many children," she says. "I have family members, like my daughter, who because of modern medicine are still alive today — and would have been one of those tiny headstones years ago."

Benjamin Taylor is another of Powers' ancestors. He drove the wagon train from Missouri and died in 1873.

"This stone was under a foot of dirt and it's missing one small triangle," Pires says. "I may never find it, but I keep looking, 'cause it's fun."

It's a bit like finding a needle in a haystack. But Pires says he knows he's likely to find something. According to records and family accounts, there are dozens more old markers and headstones missing in the Gilliam Cemetery — presumably buried and waiting to be exhumed and reassembled.