Accessibility links
Opera Unfolds When A Cuban Cabaret Is Shut Down When a prominent Cuban singer opened a restaurant and cabaret, he believed he was following President Raul Castro's cry for more small business. But local authorities shut it down without warning. What happens next is seen as a test of Castro's commitment to economic changes. 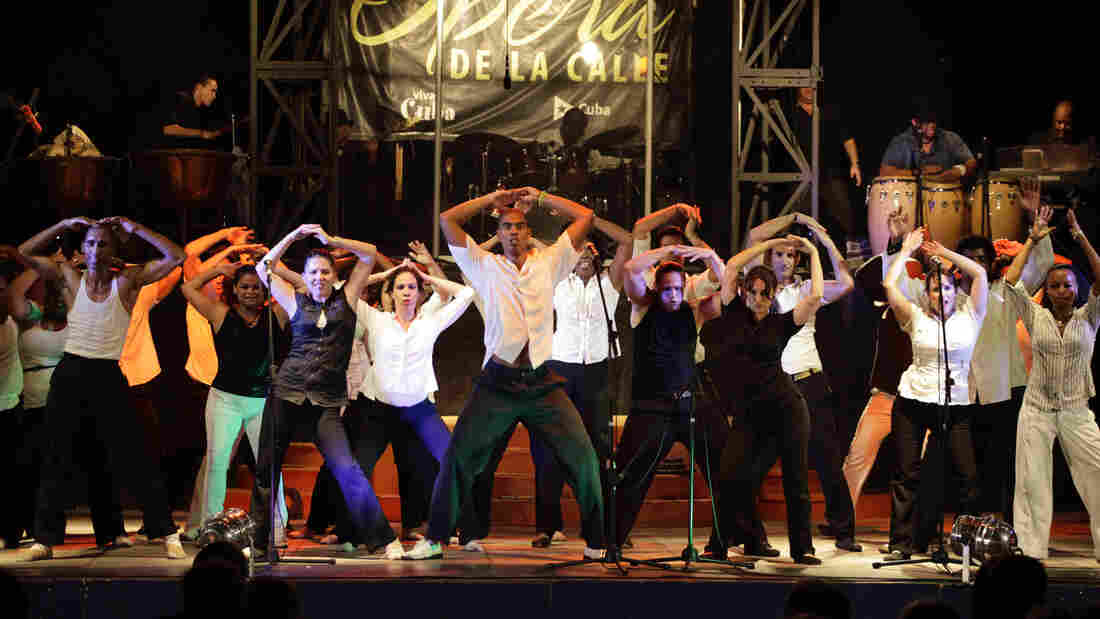 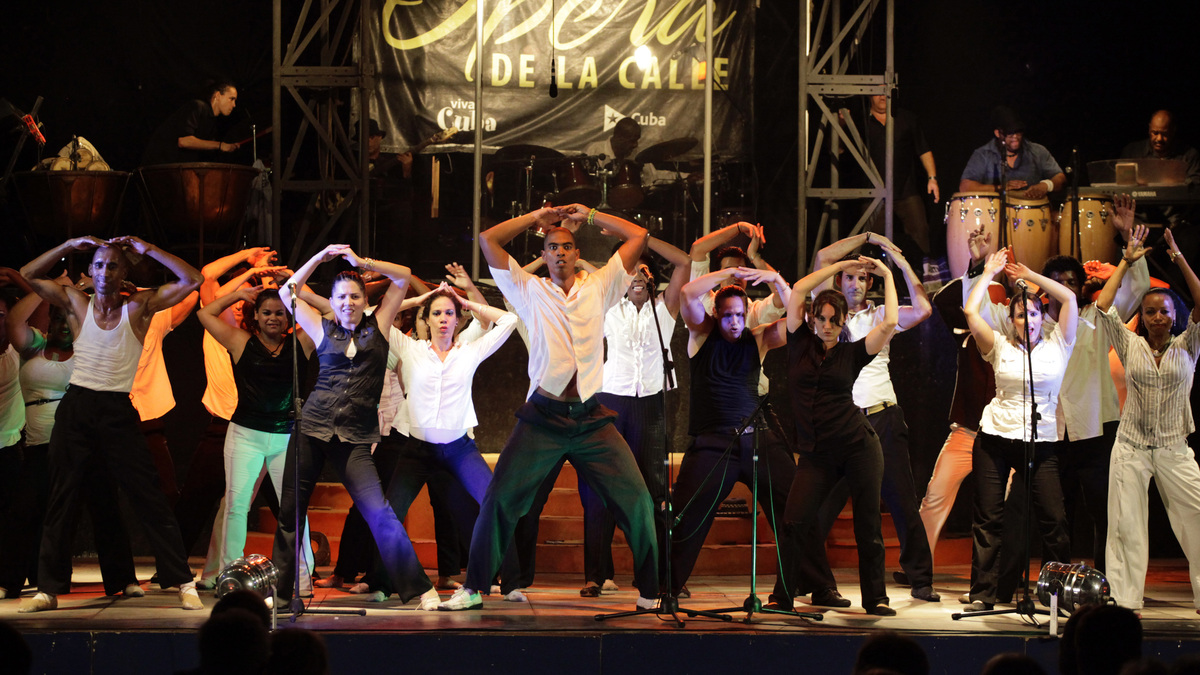 Cuban performers ranging from dancers to opera singers were packing in audiences at Havana's El Cabildo restaurant and cabaret. In a case seen as a test of Raul Castro's commitment to economic changes, government inspectors recently closed the restaurant.

Ulises Aquino was already one of Cuba's best-known baritones when he founded his own company, Opera de la Calle, or Opera of the Street, in 2006. By combining Cuban rhythms and dance with his formal musical training, he won fans at home and abroad.

He cleaned up a vacant, trash-strewn lot in Havana and built a restaurant and cabaret, El Cabildo, where his Opera of the Street could finally have a home.

It was a big hit. And true to socialist principles, Aquino split earnings among his 130 employees, held free children's theater on weekends and kept his prices low.

But it didn't last a year.

Aquino says a team of inspectors sent by Havana city authorities interrupted the show on July 21 as the stunned audience looked on.

"They ordered me off the stage and began a four-hour inspection," he says. "They told us to shut down the kitchen and freeze all sales." 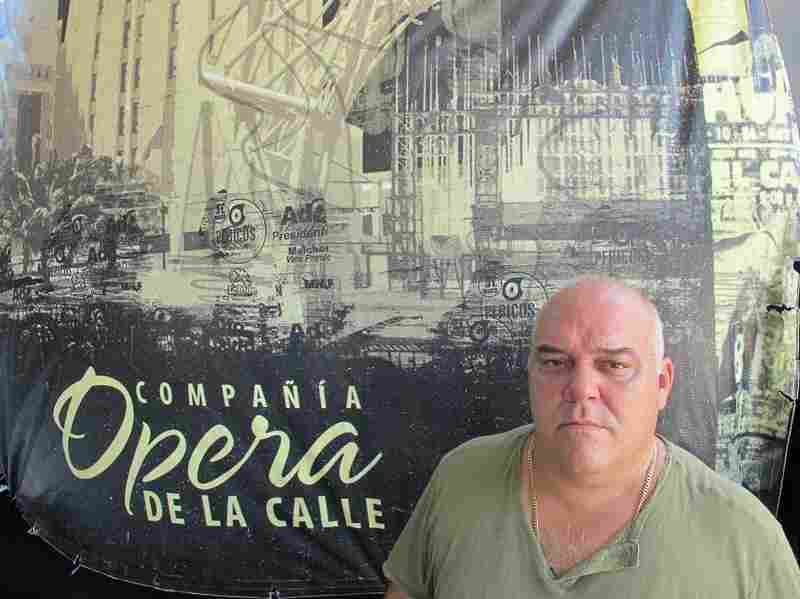 Ulises Aquino, a prominent Cuban singer, is the owner of the caberat and restaurant. He describes himself as a strong supporter of Cuba's socialist system and split the earnings among his 130 employees. Nick Miroff for NPR hide caption 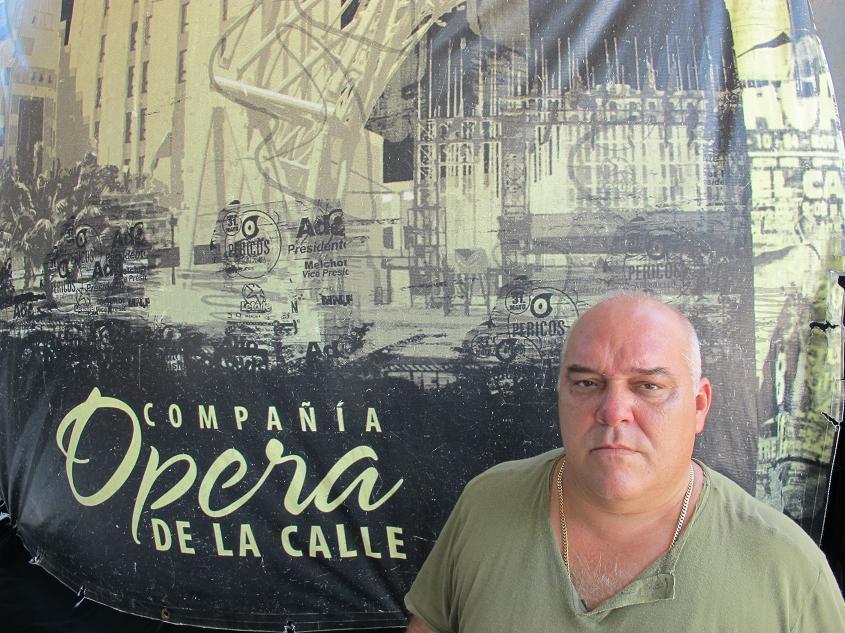 Ulises Aquino, a prominent Cuban singer, is the owner of the caberat and restaurant. He describes himself as a strong supporter of Cuba's socialist system and split the earnings among his 130 employees.

The officials ordered El Cabildo closed and Aquino's business licenses revoked for two years. His supplies lacked proper receipts, they said, and he had too many chairs. But the most severe charge was personal enrichment, meaning he wasn't authorized to charge a $2 cover at the door.

No hearing. No appeal. Just a stern letter from officials who weren't interested in helping bring Aquino into compliance. But he's not blaming Raul Castro.

"This kind of thing is the exact opposite of what our government has been telling us," Aquino says. "The people behind this are the midlevel bureaucrats who see Cuba changing and know that they're going to lose their power. They are the ones holding our country back."

Raul Castro himself told Cubans in a recent speech that bureaucrats who stand in the way of change will be swept aside. He's laid out plans to resuscitate Cuba's state-run economy by creating millions of jobs in new small businesses and cooperatives.

But the process is dragging. Closing El Cabildo has eliminated 130 of the jobs created for Cubans like Angel Basterrechea, who fears he may have lost the highest-paying job he'll ever have.

"Life has changed for me and for my family since I started working here," says Basterrechea, who Aquino hired to help build El Cabildo and work as a night watchman. "I've made $120 — even $160 — a month and that's more than I've ever made."

A Test For Reforms

No one is getting rich on that sort of wage in Cuba, where the average state salary is a meager $20 a month. But even a modest display of success may have led to Aquino's downfall.

Just before Aquino was busted, the cabaret was featured in a Reuters article that called it "Cuba's largest private business" and laid out his profit-sharing model for socialist enterprise.

Aquino insists he broke no laws and that he's the one on the side of the Cuban Revolution, not the local officials who shut him down.

"I am a revolutionary because I'm not a conservative," he says. "This was done by people who pretend to be revolutionary but are fakers, lacking in any ethical principles. This is not what the revolution is about."

Aquino's case is a test for Castro and his reformers as they begin an experiment converting state-owned companies into employee-run cooperatives. If they intervene and help Aquino reopen, it'll send a message to lower-level officials that small businesses that create jobs deserve support.

If they let El Cabildo remain shuttered, they'll be sending a different signal: that the skeptics are right, and Cuba hasn't changed much after all.