Accessibility links
Fat Boys: A Hip-Hop Novelty Act Strikes Back The New York group was best known for a series of crossover pop hits recorded with everyone from The Beach Boys to Chubby Checker. Fat Boys had faded from the spotlight by the 1990s, but a new reissue makes a case for the group as more than just a gimmick. 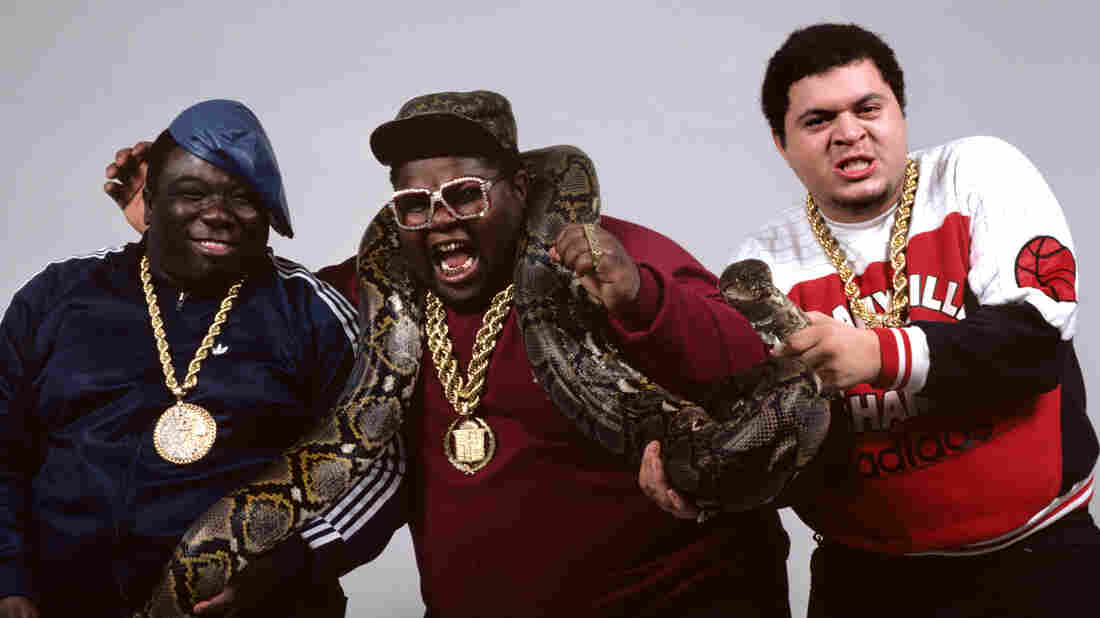 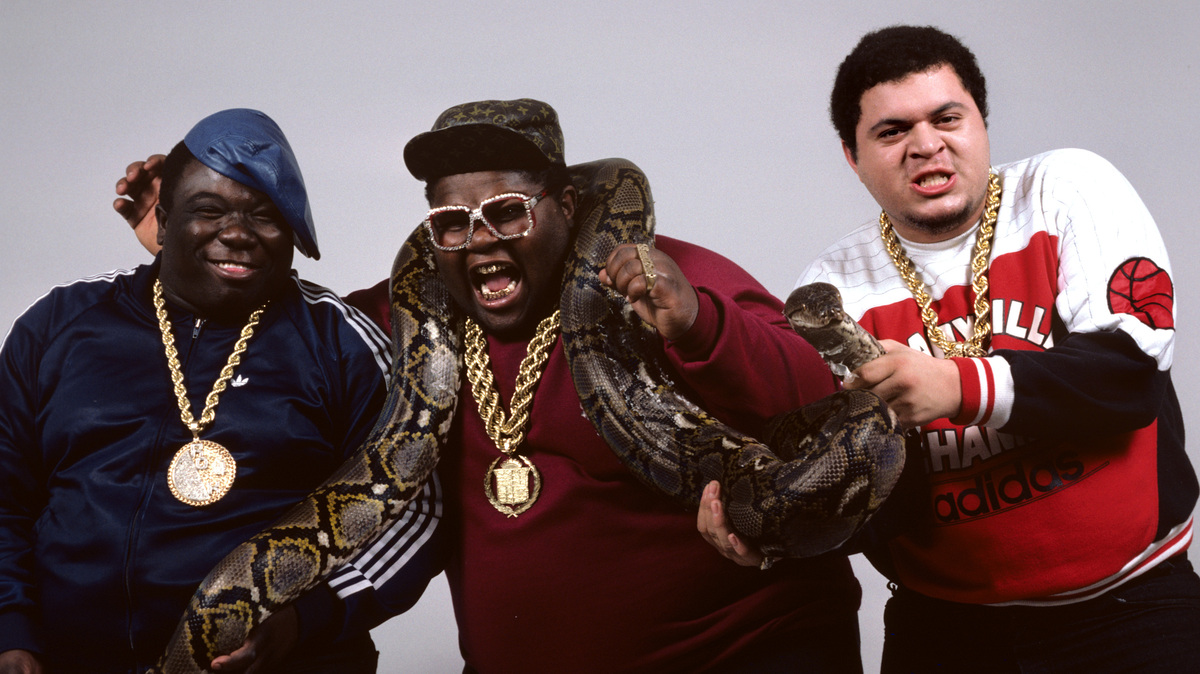 Before there was Heavy D, Chubb Rock or The Notorious B.I.G., there were the Fat Boys: Prince Markie Dee, Kool Rock-Ski and Buff Love, a.k.a. The Human Beat Box.

You might remember the Fat Boys as a gimmick group, and there's a little truth to that. At the height of its career, toward the late 1980s, it cranked out a string of singles that basically remade or covered old rock 'n' roll hits, including "Louie, Louie," "The Twist" — and, of course, a chart-topping collaboration with The Beach Boys in "Wipeout." However, just a few years earlier, the Boys were hip-hop's most potent trio this side of Run-DMC.

The Fat Boys' members first met in the early '80s at George Gershwin Junior High in east New York and formed themselves into a crew called The Disco 3. In the spring of 1983, they entered a talent contest at Radio City Music Hall, one of the most ambitious hip-hop events of the old-school era. Coca-Cola sponsored it, and 6,000 fans turned out. The Disco 3 walked away victorious, and event organizer and impresario Charlie Stettler took the group under his wing. In light of the members' substantial stature, he renamed them the Fat Boys. Kurtis Blow came in to help produce the group's self-titled debut.

Fat Boys was recorded at a time of transition in hip-hop, between old-school, disco-influenced styles and a new, harder, sparser sound that was a natural fit with the staccato flows of MCs Markie Dee and Rock-Ski. However, no one packed more of a sonic punch on this album than Buff Love. He was one of the very first beat boxers to be recorded, and the album provided a showcase for what he could create with little more than spitting into his fist.

The album reissue comes packaged in a cardboard miniature pizza box, a gesture that feels both loving and kitschy. And the CD itself has a few bonus tracks, including the crew's first single from when it was still The Disco 3. The Boys would eventually go on to much greater fame, but on this album, they're still young and still green, and they still sound — pardon the pun — hungry.