Accessibility links
The Tallest Man On Earth, Live In Concert: Newport Folk 2012 Fans overflowed well beyond the point at which they could reasonably be expected to see the singer on stage, as Kristian Matsson blazed through songs from each of his records. 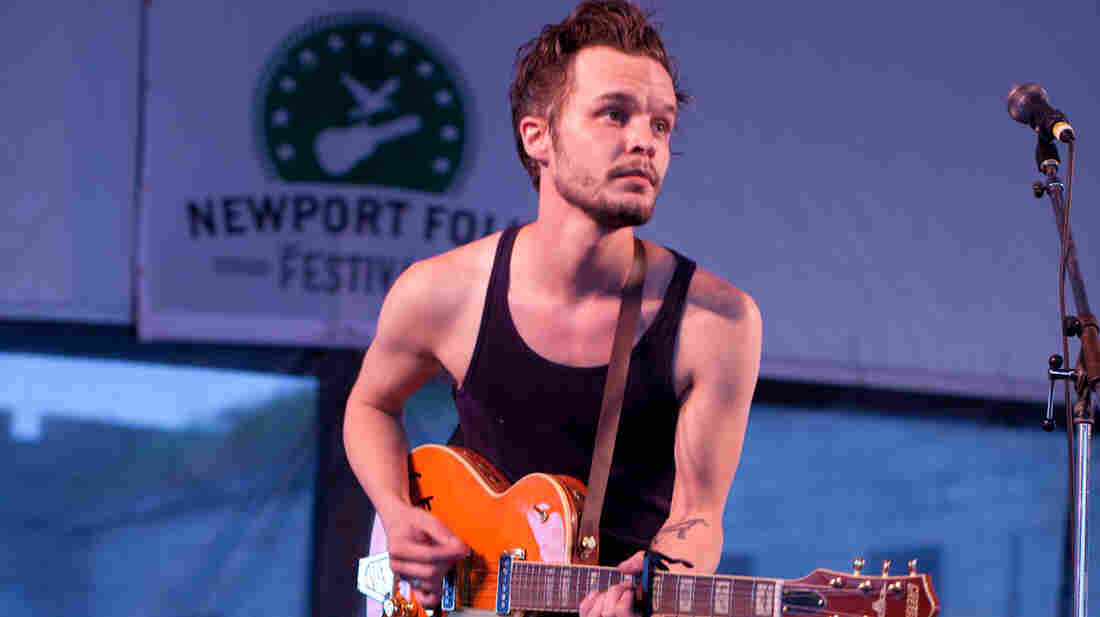 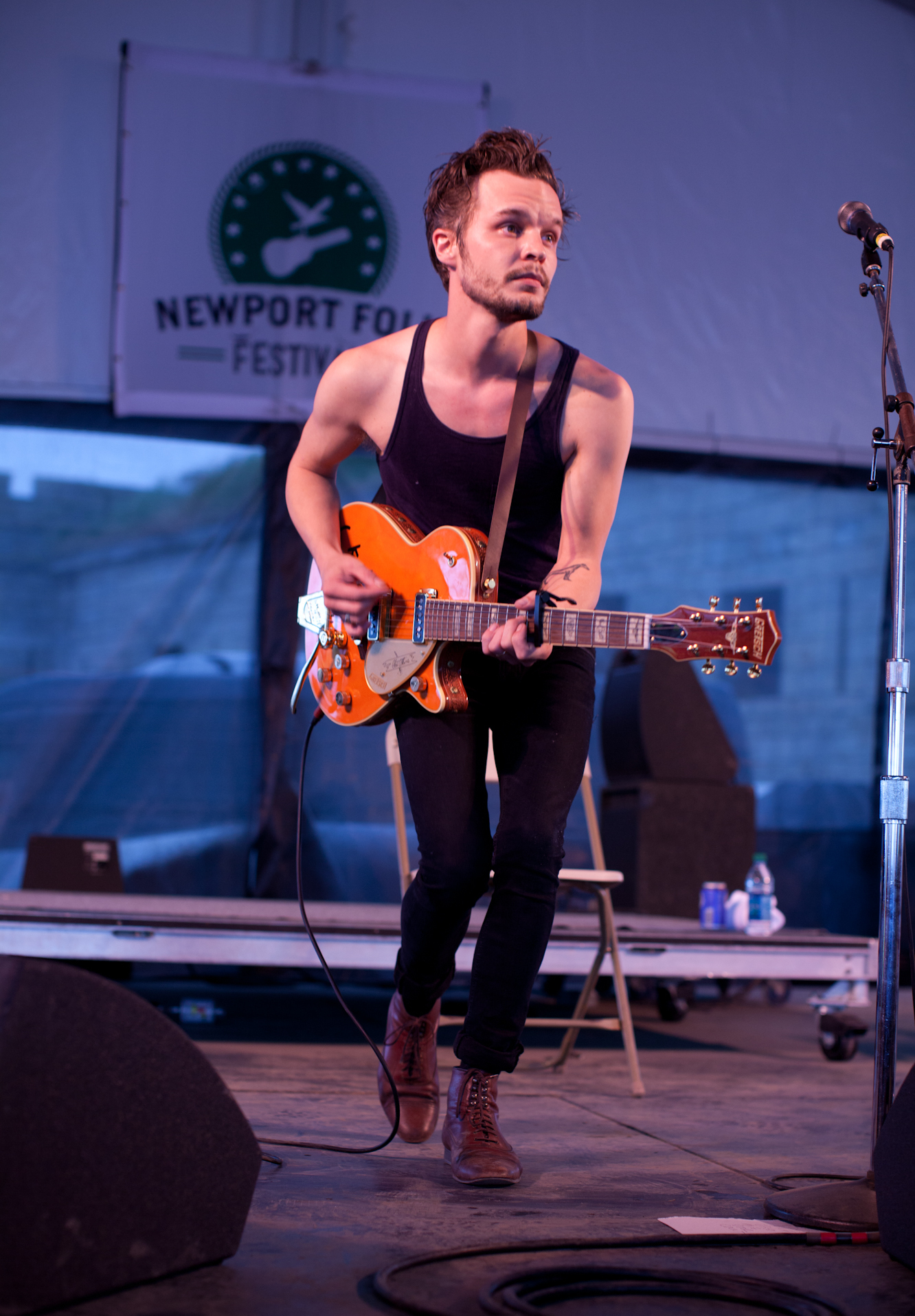 Tallest Man On Earth performs at the 2012 Newport Folk Festival.

Kristian Matsson, the smallish Swede who performs under the moniker The Tallest Man on Earth, sings, plays guitar and occasionally takes a turn at the piano. That's all there is to his act: no backing band, no frills. Heck, he barely needs amplification, given the volume at which he performs. But that right there — the gigantic force of his delivery, the percussive hyper-dexterity of his playing — is part of what makes him so magnetic on stage. On paper, he's just another poet strumming a guitar. In front of a crowd, and on all of his records, he's, well, The Tallest Man on Earth.

Jackson Browne may have officially headlined the 2012 Newport Folk Festival's second and final day, but across the festival grounds, Matsson was drawing a comparable crowd. Fans overflowed well beyond the point at which they could reasonably be expected to see the singer on stage — up a nearby hillside, all the way to the walls of nearby Fort Adams and back to the concession areas — as Matsson blazed through songs from each of his records, with an emphasis on this summer's terrific There's No Leaving Now. Highlights of his show are captured here, recorded live on Sunday, July 29 in Newport, R.I.