Accessibility links
Newspaper Takes A Stand On Anonymous Commenters The Spokesman-Review in Spokane, Wash., found itself in court when it tried to protect the anonymity of a reader who posted a snarky, and possibly defamatory, comment. The paper says it had an obligation to protect her identity, but there's growing pressure on news sites to reconsider the practice of allowing anonymous comments. 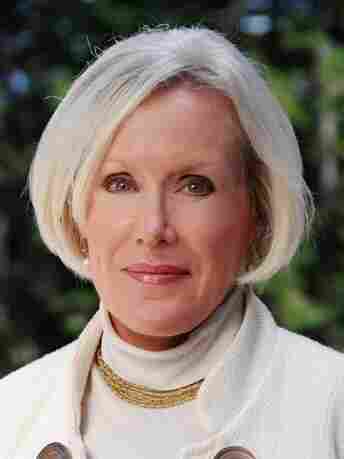 Linda Cook eventually revealed herself as the commenter who made a disparaging remark about an Idaho Republican Party official online. Sandy Clemons/Courtesy of Linda Cook hide caption 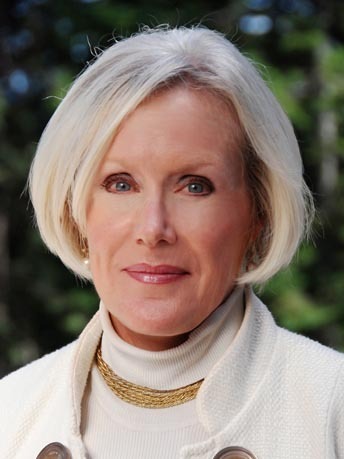 Linda Cook eventually revealed herself as the commenter who made a disparaging remark about an Idaho Republican Party official online.

The Internet is slowly becoming a less anonymous place. YouTube has a new policy encouraging commenters to use their real names, and many news sites have switched to a login system run by Facebook.

News sites that still allow anonymous comments are finding there are legal risks. The Spokesman-Review newspaper in Spokane, Wash., has spent the last few months trying to protect the identity of a reader who saw a photo of a Republican Party official in Idaho named Tina Jacobson, and then posted a disparaging comment.

The paper's city editor, Addy Hatch, practically has the comment memorized, given the amount of trouble it's caused.

"Is that the missing $10,000 from Kootenai County Central Committee funds stuffed inside Tina's blouse?" Hatch recites.

Besides insulting Jacobson's appearance, the comment suggested she stole party funds. Jacobson decided to sue the commenter for defamation — and took the paper to court to make it reveal the person's name.

"You know, it's against the grain for a newspaper to give up anonymous sources of any kind," Hatch says. "And we just felt like we had to take a stand."

NPR has its own rules for participating in online discussions on npr.org. You can also read the NPR online community FAQ here.

But many journalists — even those on the Spokesman-Review staff — aren't so sure a newspaper should go to the mat to protect an anonymous commenter.

Shawn Vestal, a columnist at the paper, wrote a column comparing anonymous commenters to monkeys "throwing poop" — a column that earned him a few negative comments of his own. One phone call from a reader degenerated into a shouting match.

"I feel, very acutely, what might be waiting for me on the other end of that phone on the morning that a column runs," Vestal says. "And I think that's good for me, to have to answer for what I might say."

The debate over anonymous comments has been building in newsrooms for a decade. Old-school journalists argue the optimistic predictions of Internet comment boards brimming with the wisdom of the crowd haven't panned out. Instead, they say, news organizations tarnish their reputations by hosting comments that are often snarky and factually inaccurate.

"To have free speech in this community, I think you have to have anonymity," Oliveria argues.

Huckleberries Online covers Coeur d'Alene and northern Idaho, small communities where there's a constant battle between the factions of the dominant Republican Party.

"In this town, there's so much infighting, if some of these folks identified themselves, they couldn't make these comments," Oliveria says. "I have a lot of folks online here that are in a lot of key positions in the community."

If his bosses at the Spokesman-Review required real names, he says, it would kill his blog — and deprive the community of a crucial forum.

But Oliveria also acknowledges he can only keep that discussion constructive by spending a lot of time monitoring it, and blocking the trolls.

"When you follow comments as closely as I do, I can tell by the sound who a person is," he says. "They can keep changing their IP address, and I keep blocking 'em. And it frustrates them far more than it frustrates me, because I'm on there all the time."

Oliveria knows that this kind of close monitoring is expensive for bigger news sites, and he's not even sure it will be sustainable in northern Idaho after he retires.

But as it turns out, going to court to protect his commenter won't be necessary — at least for now. When the Spokesman-Review decided not to appeal a judge's order to identify the commenter, that commenter outed herself.

"Compared to some comments I've seen — even on Huckleberries — mine was mild," Cook says of her post.

Cook stands by her claim about the money, but not the way she originally phrased it online.

"The one thing I regret is that I made her appearance an issue," Cook says. "That, I wouldn't have said. Everything else, you bet."

Cook says she hopes online anonymity isn't going away. But she also acknowledges that you think twice about how you say something when your name is on it.