Accessibility links
Sam Phillips And Trying To Describe The Indescribable Wow Faced with a new reissue of Sam Phillips's 1994 album Martinis & Bikinis, a critic reveals his inability to write about the music that seems to be made with him in mind.

Sam Phillips And Trying To Describe The Indescribable Wow

Sam Phillips And Trying To Describe The Indescribable Wow 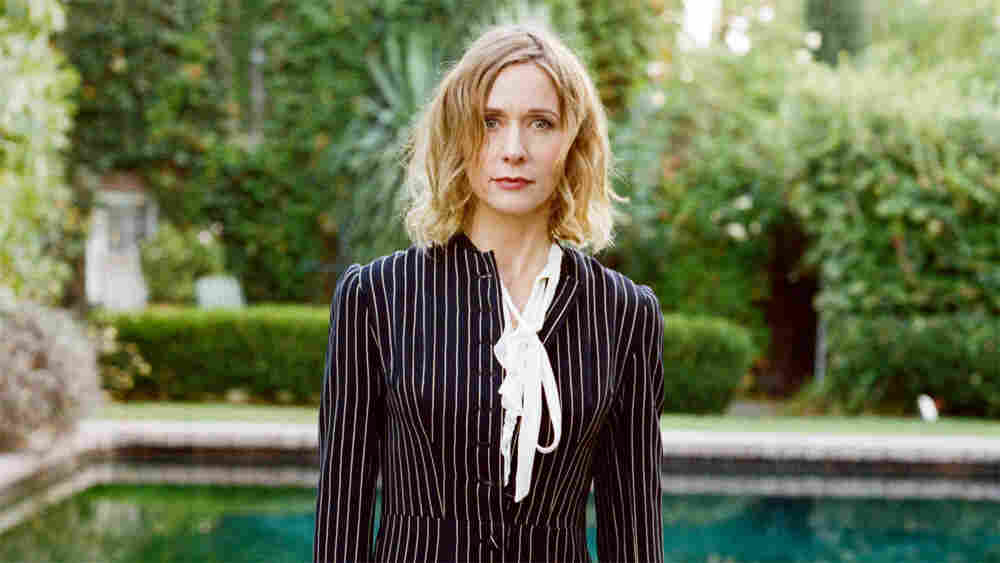 Everything I've ever written about Sam Phillips has been a cheat.

This is not a new realization. I recognized it the very first time I wrote about the singer ten years ago. In my review of Fan Dance, I noted that while I was going to attempt to explain why the album that kicked off the third distinct phase of her career was so stunning, it ultimately bypassed all my rational faculties on its way to my pleasure center. The phrase "some subverbal cove in my brain" was used.

Phillips has released three more physical albums since then, and I've written about all of them in one way or another. And I've essentially faked it each time. I've described Phillips's singing variously as "honey pouring through molasses," "her honey-and-sandpaper voice," "a warm embrace or a smothering chokehold" and "Scotch seeping through cracks in wood." Each of those quotes is the sound of desperate flailing on my part.

I was reminded of this recently when I sat down with the expanded reissue of Phillips's marvelous Martinis & Bikinis, released two weeks ago on Omnivore Recordings. I'd never heard the 1994 album in full, though a reasonably far-thinking radio station plugged "I Need Love" firmly into my brainstem at the time. The song was a jangly, Beatlesque wonder with a sharp sting that went beyond her honey/Scotch/sandpaper/etc. voice; the commercial prospects raised by the first line of the chorus ("I need love...") all but evaporated by the second line ("... not some sentimental prison").

Here's where I would typically dig into the many ways that this wonderful album is wonderful. Except I can't, because despite it marking the height of Phillips's pop phase, its loveliness remains exactly as inscrutable to me as her current era of sparse deconstruction (where I picked up on her in earnest). Phillips herself provides a perfectly apt label for this with the title of her 1989 album: The Indescribable Wow. Whatever it is about her music that affects me seems to be written in tongues.

This, of course, is a failure of criticism on my part. That's the reviewer's job, not simply to react to pop culture positively or negatively or otherwise but to be able to articulate why you reacted positively/negatively/otherwise. Without the latter, you're not writing a review but simply liking something a whole lot (or disliking it, or otherwise) and hoping that the sheer force of your convictions sways your audience. Good critics – heck, good consumers of culture – learn to interrogate their own responses and ferret out what lies beneath. To describe the wow.

But stuff still slips through. A few months ago, this blog's Pop Culture Happy Hour podcast took on the topic of "pop culture that seems to have been created in an underground laboratory to appeal just to us." That's precisely what Phillips is for me, an artist who hits me so firmly and so primally in my sweet spot that there's almost nothing to say. The times I've tried, I've effectively talked around the contours of her songs, since coming at them directly would reduce me to gibbering foolishness.

So we all probably have our own Sam Phillips, a musician (or whatever other type of artist you care to name) who fits our sensibilities too perfectly to articulate the way we'd like to. Someone who might speak to us in a language that we understand fully but can't translate back to English. The more I write about Phillips, the more I feel like I'll never be able to explain exactly what's happening in my spine when I hear her. But I'll keep trying, even if I have to cheat to do it.