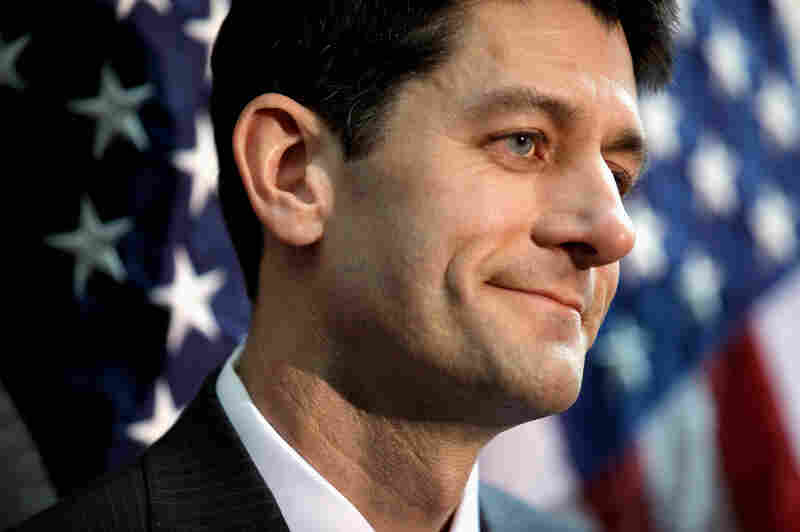 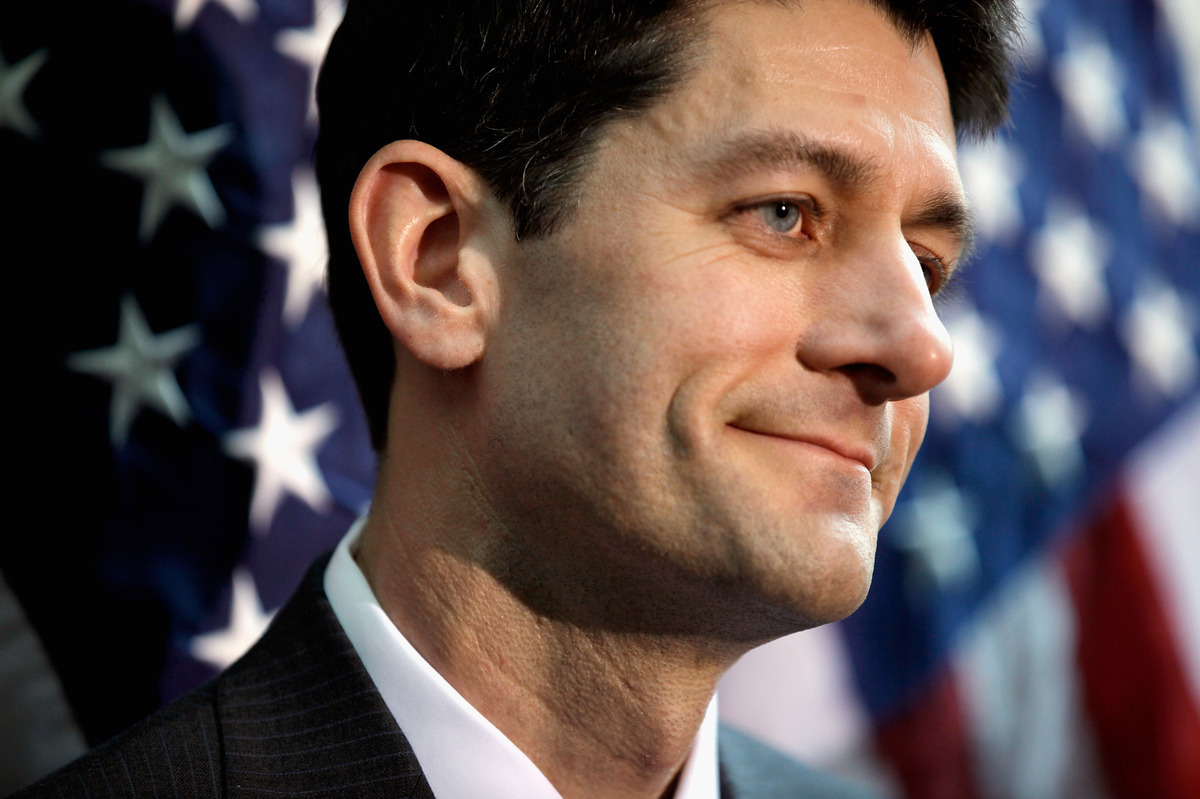 As the presumptive presidential nominee, former Massachusetts Gov. Mitt Romney is currently the face of the Republican Party. But, as journalist Ryan Lizza suggests in his article in this week's New Yorker, the party's agenda and ideology are being driven by a very different figure: Rep. Paul Ryan of Wisconsin.

Since taking office in 1999, Ryan has advocated at different times for the end of Medicare and Medicaid, and the partial privatization of Social Security. Deeply intellectual and ideological, Ryan remained an outsider among House Republicans until 2010, when the Tea Party movement helped sweep a younger and more radical generation of Republicans into the House.

Ryan, 42, is now the powerful House budget committee chairman. And with his most recent package of economic proposals, Ryan has been instrumental in shaping the policy landscape within the Republican Party — a landscape in which Romney must now campaign, Lizza writes.

Lizza joins Fresh Air's Terry Gross to discuss Ryan and why he believes the congressman has come to wield disproportionate influence in the upcoming presidential election. Lizza says Ryan got the Republican candidates — Romney included — to endorse his budget vision during the Republican primaries. Lizza says Ryan "knew that he had to make his budget something that all the candidates had to take a position on, so that they would be partly locked in, in the general election."

Ryan Lizza, The New Yorker's Washington correspondent, is known for his in-depth profiles of political candidates and officeholders including President Obama, Romney, Secretary of State Hillary Clinton, Sen. John McCain (R-Ariz.) and many others. Lizza is also a political contributor at CNN.

How Ryan's budget proposal became an issue for GOP candidates

"It started back at a moment when some people thought Sarah Palin was still thinking about running for president. She wrote an op-ed where she endorsed Ryan's policies and that put Republican candidates on notice that if you were going to compete for Republican votes in the 2012 primaries, you had to take a stand on Paul Ryan's budgets. So that pushed all the candidates into making that choice and Romney, under some pressure frankly, endorsed it. And I think because there's been a sort of vacuum in the Romney policy world, Paul Ryan has been very strategic about filling that vacuum."

How Ryan leveraged himself

"When he becomes a congressman [in 1999] ... he knows how to leverage the conservative media and conservative think-tank world, to help change the climate, the ideological climate that Republican policymakers pay attention to. ... He promotes the 'roadmap,' his original budget, he promotes it through groups like Americans for Prosperity, through the conservative media, his old friends at National Review, Fox News and all the familiar conservative institutions — because if you are a Republican lawmaker who's trying not just to get re-elected but trying to change the intellectual climate in Congress, those are the places you go, those are the sort of opinion leaders, The Wall Street Journal editorial page, The Weekly Standard.

"So he really becomes a sort of darling of the conservative media in those early years when, frankly, a lot of other people aren't paying attention to him or his ideas. And I describe it as an 'outside in strategy,' he wasn't just working on convincing his fellow Congress members. ... He was going to the opinion makers, to the people who are already predisposed to these ideas and pushing them to help push his colleagues in Congress and that really starts to pay off once the Bush era ends."

How Ryan perceives the role of the president

"He doesn't want presidential candidates running on vague platitudes, and he was very clear in saying that Mitt Romney has already endorsed this set of ideas and there's no reason for him to run away from them now, and that he very clearly wants Romney to embrace them. I'm not so sure Mitt Romney wants to do that, to be honest. And I think we'll know in the next few months, we'll know at the convention, and we'll know when we start seeing a bit more detail from Mitt Romney about whether he decides to be a true Ryan Republican or if he and his pollsters and campaign strategists decide that Paul Ryan is leading the Republican Party over the cliff the way he arguably did in 2005, and they need to distance Mitt Romney from Paul Ryan and his ideas."