Accessibility links
Russia Charges Leading Dissident With Embezzlement Anti-corruption activist Alexei Navalny is accused of stealing from a state-owned company in a case that critics say is part of a growing crackdown on dissent. The charges may serve only to heighten the popularity of the 36-year-old lawyer and blogger. 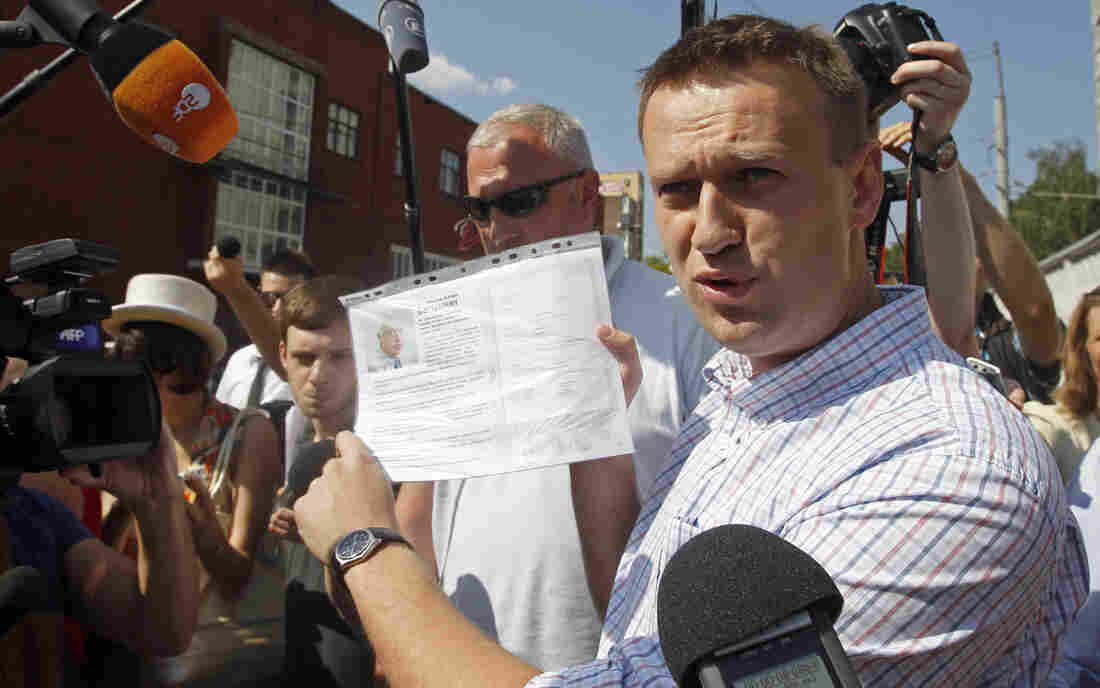 Russian protest leader Alexei Navalny speaks to the media as he arrives for questioning at the headquarters of the Russian Investigation committee in Moscow on Monday. Misha Japaridze/AP hide caption 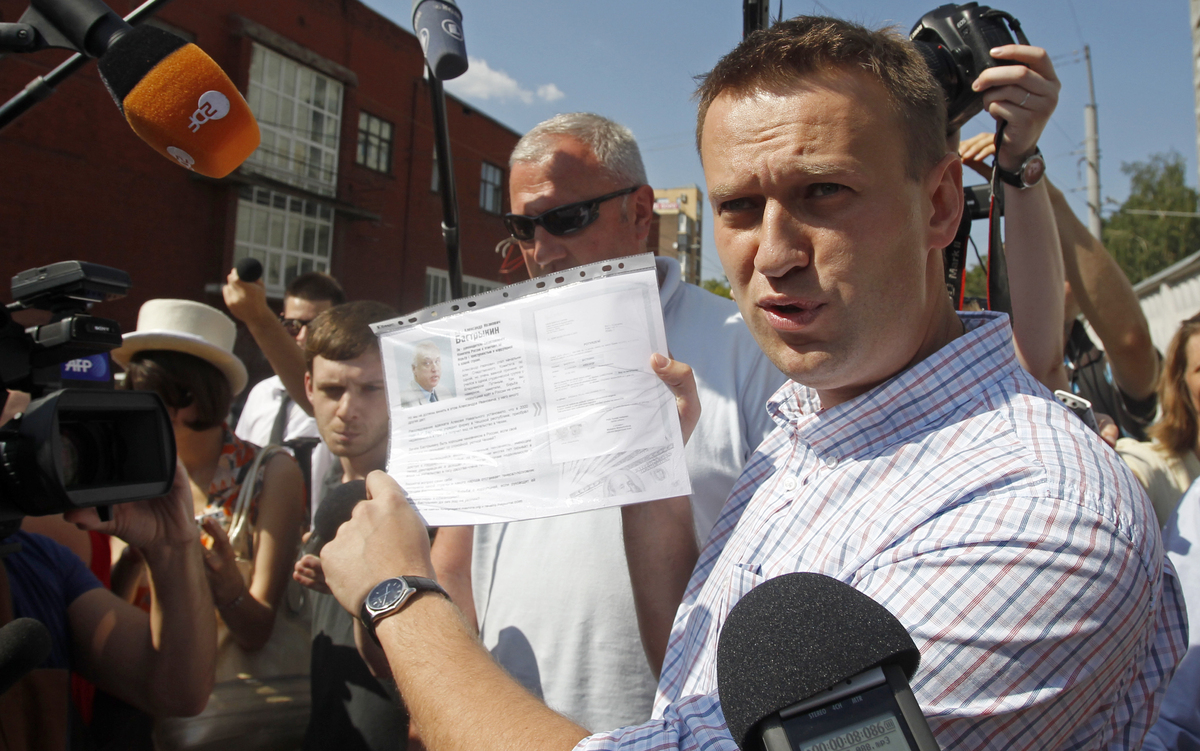 Russian protest leader Alexei Navalny speaks to the media as he arrives for questioning at the headquarters of the Russian Investigation committee in Moscow on Monday.

Navalny writes a popular blog that points to alleged corruption in the Russian government, and he helped lead the anti-government protests in Moscow this past winter.

He says the charges — that he stole timber from a state-owned company — are part of a campaign to crack down on opposition by Russian President Vladimir Putin and his regime.

Before he entered the prosecutors' office for questioning on Monday, Navalny told reporters that he expected to be charged.

For the past four years, he said, the Putin regime has been threatening to take action against him.

A Challenge To The Government

Navalny's self-appointed job has been to write about government corruption and shady dealings in his blog.

The 36-year-old lawyer emerged as the most charismatic of the opposition leaders, working the crowds at anti-Putin rallies with a high-energy, call-and-response style.

Nobody knows [what will happen] if he is jailed. Would this act as an intimidating signal to the people or would it radicalize the protest?

It doesn't hurt that he's a handsome man, with blue eyes and a distinctive cleft in his chin.

Masha Lipman, an editor and media analyst at the Carnegie Center in Moscow, says "of all people who are prominent in the protests, he has the largest grant to call himself a leader and this makes him a scary challenge for the government."

Lipman says there's a potential danger for the government in prosecuting such a popular figure.

"Nobody knows [what will happen] if he is jailed. Would this act as an intimidating signal to the people or would it radicalize the protest?" she asks.

Navalny has been arrested several times already. Along with other opposition leaders, he served a 15-day sentence after a protest in May. That prompted Amnesty International to declare him a prisoner of conscience.

In June, Navalny was one of several opposition figures whose homes and offices were searched by Moscow prosecutors.

Government critics say the actions are signs that Putin is prepared to crack down hard on dissent.

But analyst Alexei Mukhin says he thinks any harsh government action against Navalny now would help him raise his profile among the Russian people. Mukhin is the director of the Center for Political Information in Moscow.

He says public opinion polls show that although Navalny is well-known among the Internet community, he has very little name recognition among ordinary Russians, most of whom get their news from state-run television.

In the past, Navalny has shown a nationalist, anti-immigrant streak that worries some of his liberal supporters.

He was involved in the founding of the nationalist group NAROD and declared that immigrants from Central Asia would never assimilate into Russian culture.

The latest charges against Navalny accuse him of being part of a scheme to steal government-owned timber several years ago when he was an adviser to the Kirov regional governor.

Navalny was investigated on similar charges last year, but the case was dropped for lack of evidence.

This time, the charges are more severe, and a conviction could bring as much as 10 years in jail.

In an interview on the independent Dozhd TV, Navalny said he's been told he should regard the charges as a gift that will draw more attention to his work, but he adds he's also aware of the dangers.

On the one hand, he says, he's glad that he is making enough problems for the regime to scare them, but he's not happy knowing that, in his words, "sooner or later, they will put me in prison."

Navalny has been barred from leaving the country while the investigation continues.