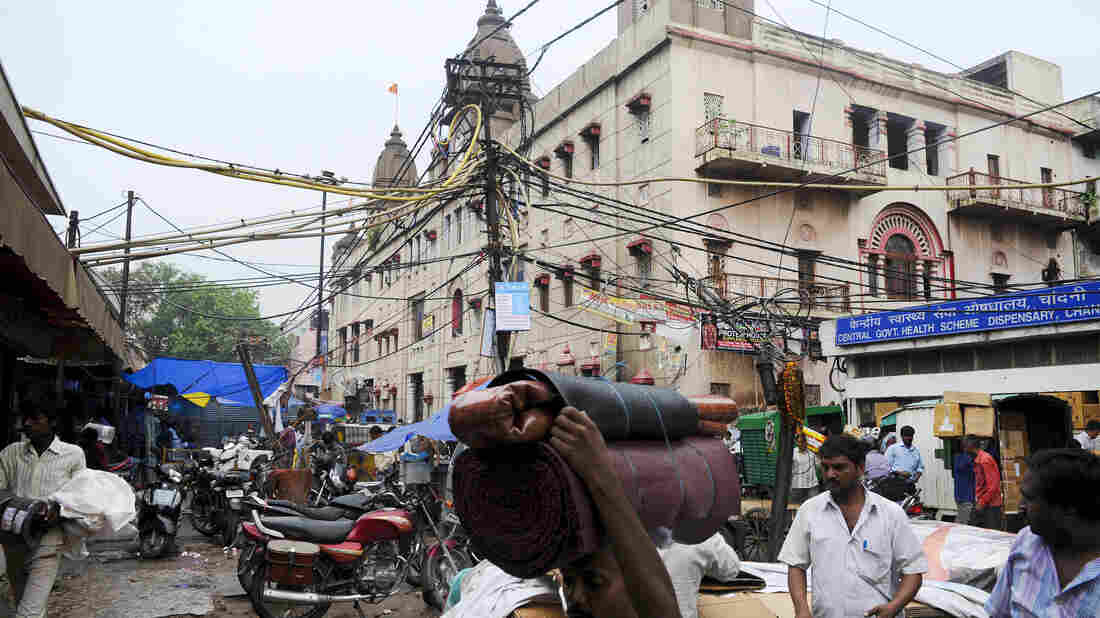 India's electric system is under constant stress and blackouts are common. Elliot Hannon was on the streets of New Delhi when power went out Tuesday, but he didn't realize there was an outage until later. Sajjad Hussain/AFP/Getty Images hide caption 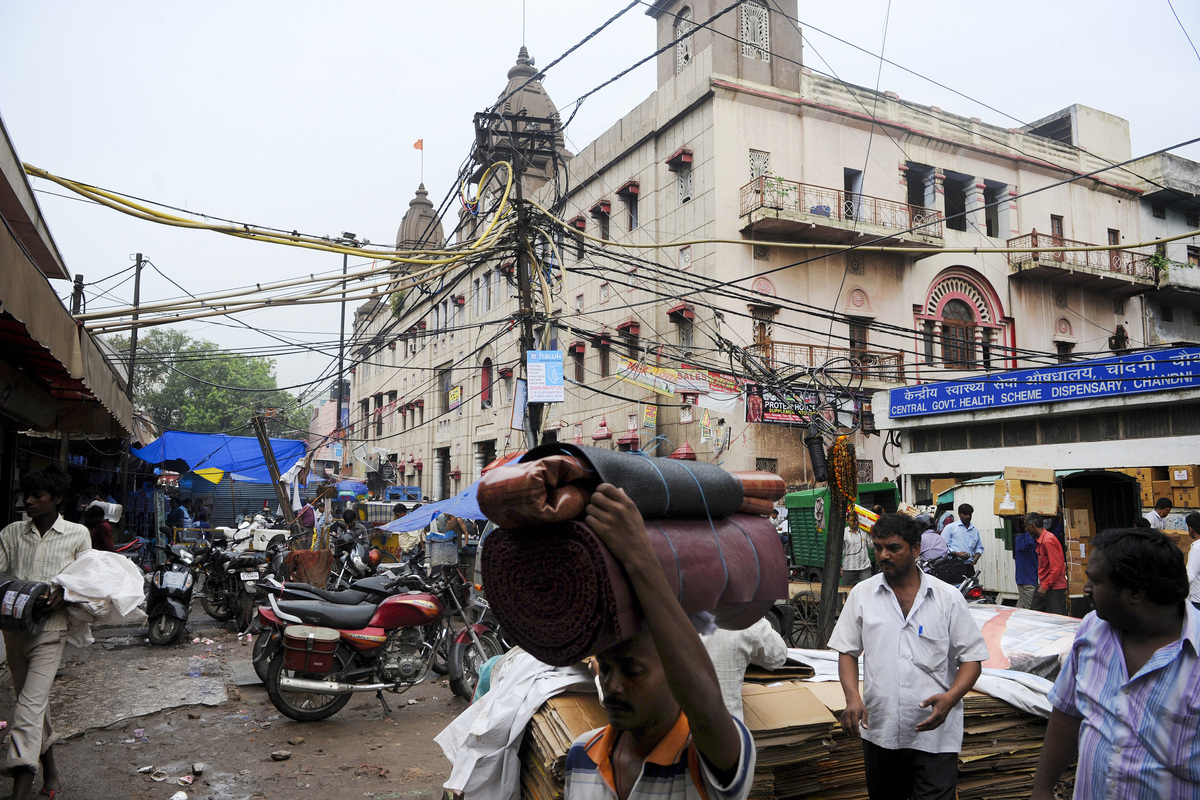 India's electric system is under constant stress and blackouts are common. Elliot Hannon was on the streets of New Delhi when power went out Tuesday, but he didn't realize there was an outage until later.

This might sound strange, but I was on the streets of New Delhi when the power went out Tuesday and I didn't learn about the biggest blackout in history until I read about it later online.

The roads did seem particularly crowded, even for New Delhi. And it did seem odd that the streets were clogged with children in school uniforms and lines of office workers so early in the day.

But there are often inexplicable traffic jams and curious flash mobs of all sorts in this sprawling city. I tried to hail a rickshaw to get home, but they too were unseasonably busy. So I gave up and walked home through the summer monsoon drizzle.

When I arrived at my place, there were no signs of a blackout. The generator in the corner of the room was buzzing, so the lights switched on and the Internet still existed. It wasn't until I read the news online that I realized that half the country — or about 10 percent of the world's population — had no electrical power.

When I turned on the TV, Indian reporters were in a tizzy, reporting from darkened subway stations and jammed street corners. I got emails from the U.S. asking if I was safe and calls from editors asking what was going on. But everything else felt about the same. 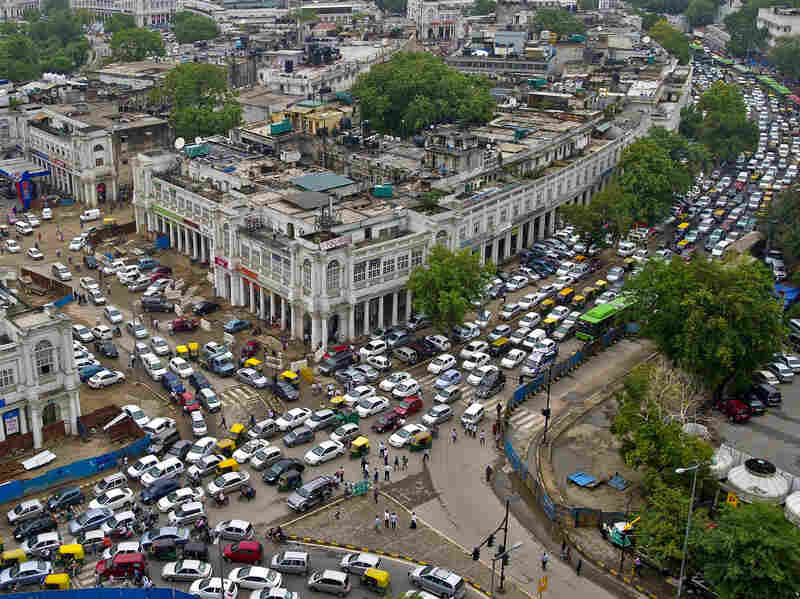 The traffic in New Delhi's Connaught Place was even worse than usual after the power went out Tuesday. But most Indians viewed the blackout as just one more inconvenience rather than a major crisis. Prakash Singh/AFP/Getty Images hide caption 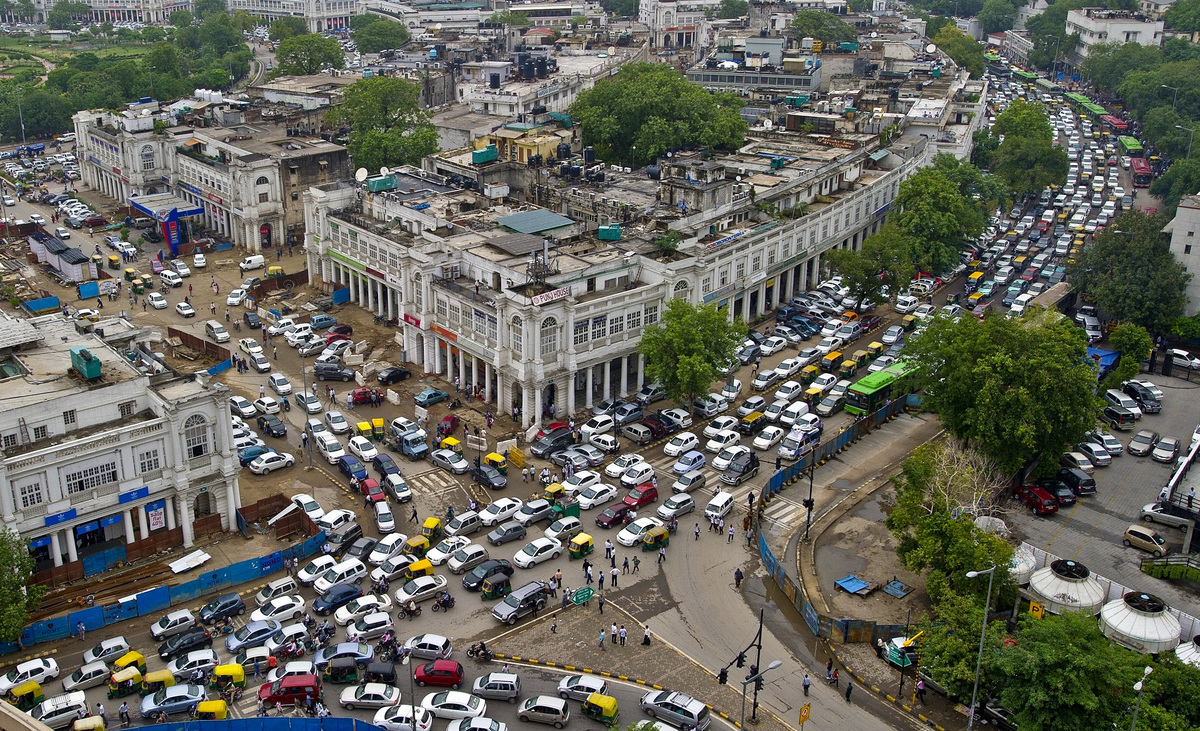 The traffic in New Delhi's Connaught Place was even worse than usual after the power went out Tuesday. But most Indians viewed the blackout as just one more inconvenience rather than a major crisis.

Everyone Knows How To Cope

A day earlier, in what turned out to be only the second worst blackout of the week, about 350 million Indians lost power. I went down to a local market to sample the mood. I figured it couldn't be good. By late July, New Delhi isn't the 115-degree toaster oven that it is in April or May, but it's still too hot to sleep without an air conditioner at arm's length.

I spoke with a small grocery store owner, thinking maybe he would be irate with freezers full of rotting imported food. He seemed amused that I was so interested in whether his coolers of French cheese were safe.

He took me upstairs to the fourth-floor rooftop and pointed to two generators that kick in when there's an outage. They were housed in their own penthouse suite.

They needed their own shelter because when turned on, they make so much noise that you can't be near them. He tried to help me imagine how loud it would be if all 50 stores in the market, armed with the same contraptions, were running simultaneously. The only image that came to mind was a helicopter landing in the middle of the open-air market.

The grocer told me that if you wanted to run a business in India, you had to take care of your own power. And while he hadn't anticipated the massive power failure, he was prepared for it.

He joked that he had slept in his car the night before because it was the only place with air conditioning. Most wealthy households have generators to deal with power cuts, yet even these won't keep a power-sucking air conditioner running.

An Annoyance, Not A Crisis

The grocer was annoyed that he had to buy his own backup power system and irritated that the government hadn't fixed this chronic problem. But he was only eye-roll annoyed, not take-to-the-streets furious.

Everyone I've spoken to over the past couple days has expressed a similar emotion. Indians are born and raised with inconvenience. It's so ingrained they rarely even notice it.

From the Western world, this looked like a catastrophe. But in New Delhi, it was just Tuesday with more traffic. 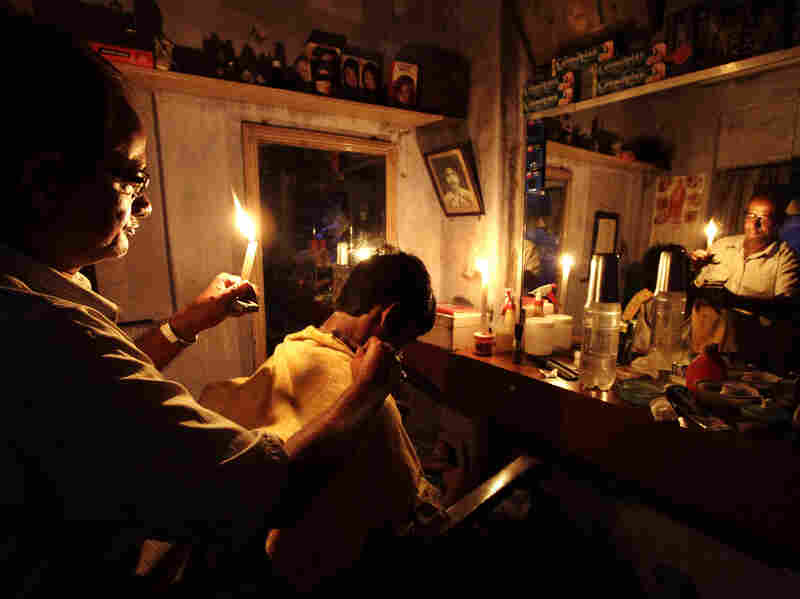 During the blackout on Tuesday, an Indian barber cut hair by candlelight in his shop in Kolkata. Bikas Das/AP hide caption 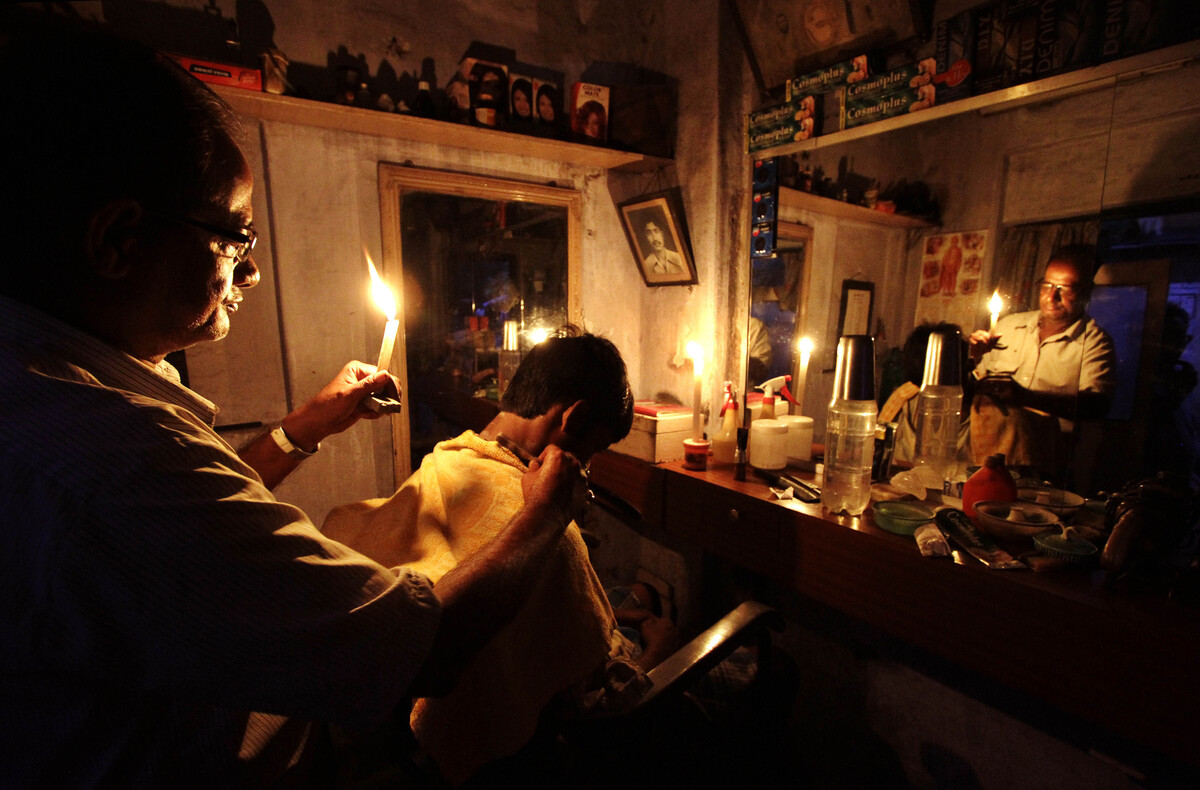 During the blackout on Tuesday, an Indian barber cut hair by candlelight in his shop in Kolkata.

It made me think about what would happen if all of America suddenly lost power. Looting? Rioting? Protests? Americans simply don't have the same reservoir of experience in dealing with such disruptions.

At times it felt a bit silly asking people about the trials of their day or whether they were going to try to vote their government out over the mishap. Because, after several years of living in New Delhi, it felt more like a snow day than a hurricane scare.

Until three weeks ago, I didn't have a generator. There were summer nights when I woke up in the middle of the night drenched in sweat because the power had gone out. I didn't call the power company, I just stayed in bed staring at the ceiling waiting for electricity to be restored.

One time, I remember sitting in the dark on my first floor balcony filing a story by swiping my neighbor's wi-fi because he had a generator and I didn't.

Outages in my neighborhood were common enough that one evening I went and slept at a friend's house because the power had been out all day and into the night at my place.

When I came back home in the morning and the lights still weren't on, I asked a neighbor what was going on.

She said her lights were working just fine. It turned out a fuse in my house had blown, and I had just assumed it was part of a larger power cut, not mine alone.

Taking It In Stride

During the blackout an editor asked me: have there been any fatalities from the outage? Over two days I never heard of or read about any. Surely people died in India on Tuesday, but I don't think anyone assumed it was because of the dark.

I asked a policy expert, if he thought this week's outages would change anything. He told me he hated to be cynical, but that everyone was used to it and maybe the next generation would have a shorter fuse.

Now, a day later, the government says power has been fully restored. Those who had power before, have it again. And for those who've never had electricity, today doesn't look that much different than yesterday.