Accessibility links
Movie Review - 'You've Been Trumped' - In The Scottish Dunes, It's David Versus The Donald A local effort to stop construction on Donald Trump's luxury golf resort is the focus of Anthony Baxter's impassioned documentary You've Been Trumped. Critic Jeannette Catsoulis says the film could have dug deeper in its investigation but is saved by the virtue of its fight.

In The Scottish Dunes, It's David Versus The Donald

In The Scottish Dunes, It's David Versus The Donald 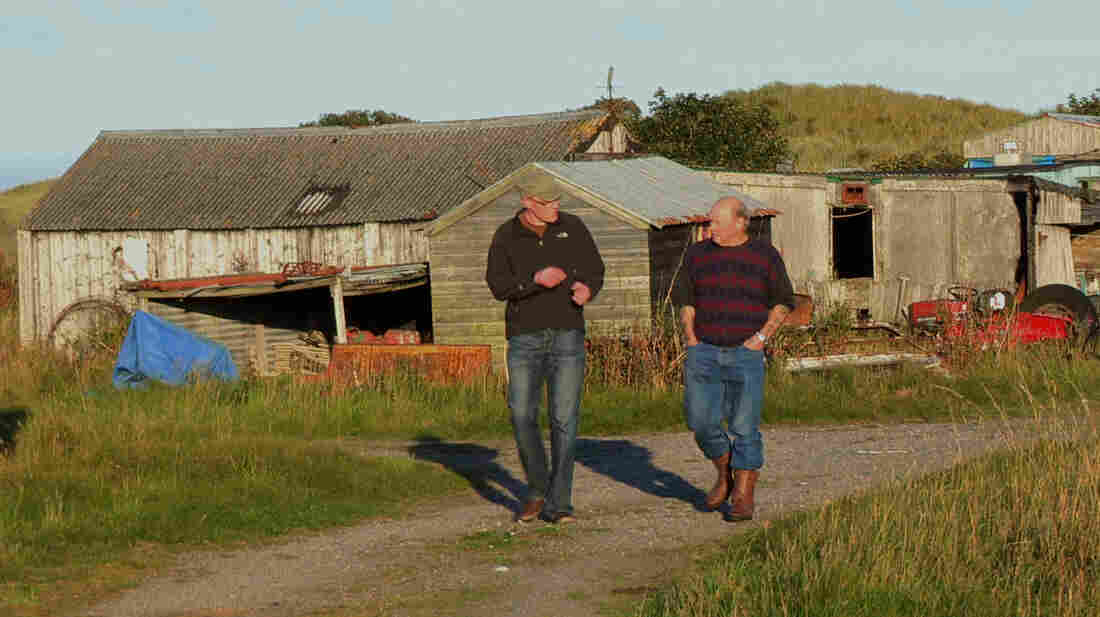 In the red corner, a leering Donald Trump, brandishing plans to build a luxury golf resort on one of Britain's last remaining wilderness areas. In the blue, a small group of dignified local homeowners trying to stop him. The setup is a documentary filmmaker's dream, and Anthony Baxter's You've Been Trumped fully exploits the conflict's inherent gifts — including Mr. Trump's incautious mouth — with the kind of gleeful umbrage popularized by Michael Moore and eaten up by audiences. Baxter may not be the most accomplished filmmaker, but he's on the side of the angels here and his determination to give the locals a voice denied them by major media coverage lends his film momentum and heart.

At issue is 1,400 acres of Aberdeenshire coastline in Scotland. Trump purchased the virtually unique and legally protected ecosystem of dynamic dunes, known as the Menie Estate, in 2005. Two years later, the local council rejected his typically grandiose proposal, which would have included two courses, a hotel and 1,500 luxury apartments. But when the region's member of Parliament, Alex Salmond, and his SNP government overturned the ruling the following year — claiming that economic gains superseded environmental risks — Baxter, a local, decided it was time to pick up his camera.

And not a second too soon. Alternating homey interviews with residents like salmon fisherman Michael Forbes and his mother, Molly, whose properties border the planned resort, and footage of Trump trumpeting his views on late-night television, Baxter unabashedly goes for the jugular. As Trump threatens residents with "compulsory purchase orders" (the Scottish version of eminent domain), cuts off their electricity and water, and surrounds one man's home with a massive wall of bulldozed earth, the filmmaker hands out video cameras. Now active in telling their own story, the residents train them on the ravages of construction: a line of trees felled and unceremoniously dumped in a hole, and vital sand dunes irretrievably flattened. 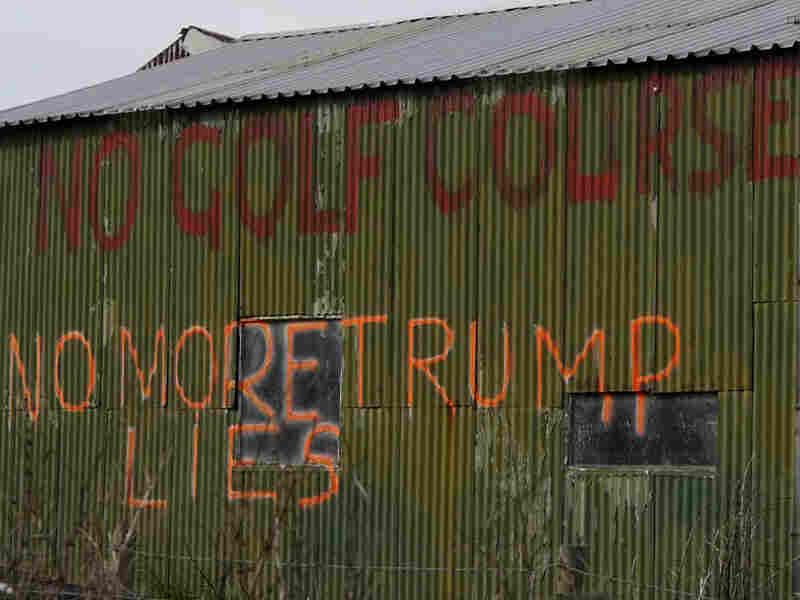 By the time Baxter is arrested for inquiring about the water cutoff, it's clear that police and officials are not exactly impartial actors in the dispute. And it's here that the film cries out for a more aggressively analytical approach, one that would have probed the political negotiations preceding planning permission (which may or may not have been greased by Trump lucre) and held a few official feet to the fire. How much of this weakness can be blamed on Baxter, and how much on his lack of access to key players, is unclear, but the omission is frustrating. Particularly when not even the Tripping Up Trump movement could stop the first course from opening last month.

Instead, Baxter fills in gaps — and lightens the mood — with liberal clips from Bill Forsythe's 1983 dramedy Local Hero (shot roughly in the same area), in which a group of canny Scots successfully block an American fat cat from buying their beloved coastline. But instead of that film's genial developer (expansively played by Burt Lancaster), we have a man whose bloated features and blacked-out SUV windows make him a hiss-worthy villain, as do his vile personal attacks on Mr. Forbes and his property. It would be too bad if the future resort's pampered guests had to spend their evenings "looking down into a slum" — although I don't suppose we can expect The Donald to have the faintest idea what a working farm looks like.

As always when Trump is around, a sense of humor comes in handy, and Baxter is there to catch our favorite Birther bragging about his nonexistent environmental credentials, anxiously requesting a mirror when a stiff breeze gives his hair liftoff, and squinting at Miss Scotland during a media event. ("She's beautiful," he mutters to an aide, before instructing him to find her a job.) Even so, You've Been Trumped is unlikely to leave you laughing.

I went to school in Aberdeen and know the region well. It's a place of unforgiving winds and magnificent sunsets, harsh farmland and deserted beaches. The people are hardy, hardworking and fiercely self-sufficient, asking little of their government except the will to do the right thing. They weren't Trumped; they were betrayed.