The 'Global Catch' In Our Insatiable Taste For Sushi

The 'Global Catch' In Our Insatiable Taste For Sushi 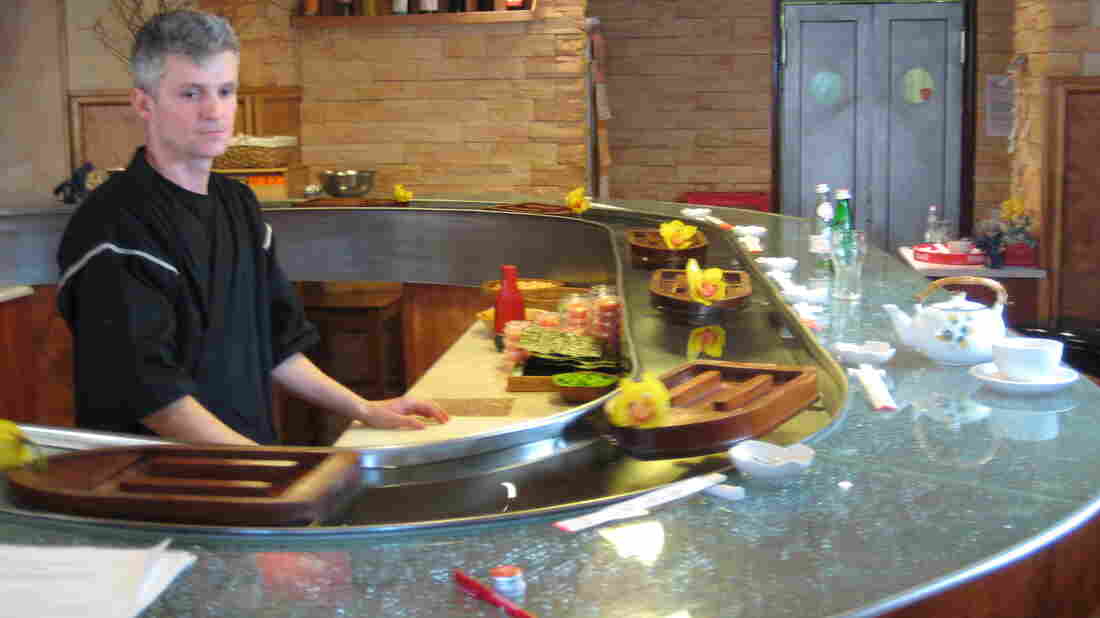 Sushi: The Global Catch, a shrewdly constructed documentary on the challenges of the modern sushi industry, functions like a densely packed information delivery system — heavy on content, spare on style. Yet it offers a few striking images that speak for themselves: a commercial fishing vessel netting thousands of pounds of bluefin tuna, buyers for clients all over the world inspecting hundreds of tuna laid out in Tokyo's Tsukiji Market, a statue in the small fishing town of Oma depicting a large bluefin rising from the waves and, opposite, a pair of fists advancing to meet it.

The message is clear: In Japan, tuna means big business.

As The Global Catch outlines after a cursory introduction to the history of sushi and its preparation, that business is thriving. A single Pacific bluefin tuna regularly sells at auction for more than $100,000 and, more significantly, global demand for it continues to grow, fueled by the expanding international taste for sushi. The film visits sushi restaurants not only in Tokyo, but in Poland, San Francisco and even Austin, Texas, where students and parents at a local high school football game can pick up some sushi at the concession stand. In Russia, Brazil and China, the popularity of sushi in recent years has translated to more and more orders for tuna. "When people think of sushi, they think of tuna," says Mamoru Sugiyama, a Michelin-starred chef at a Tokyo sushi restaurant.

But that popularity comes at a price, one the film predicts could be high. To keep up with never-before-seen demand for sushi, commercial fishing companies have stepped up their efforts to catch wild bluefin tuna and others have begun experimenting with bluefin tuna farms, such as a group off the coast of Lincoln, Australia. Through interviews with marine biologists, industry professionals and restaurateurs, the film makes a compelling case that both fishing trends are environmentally unsustainable, depleting the bluefins to dangerous levels and impacting the overall ecosystem in which they participate. 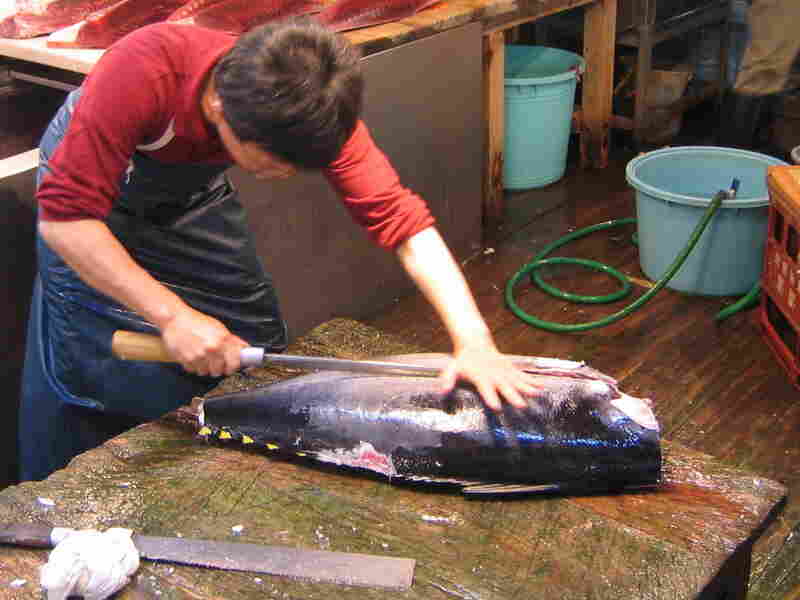 Sushi's popularity has led to a serious decline in tuna populations around the world. The film argues for sustainable sushi bars that offer tuna alternatives in their rolls. Kino Lorber hide caption 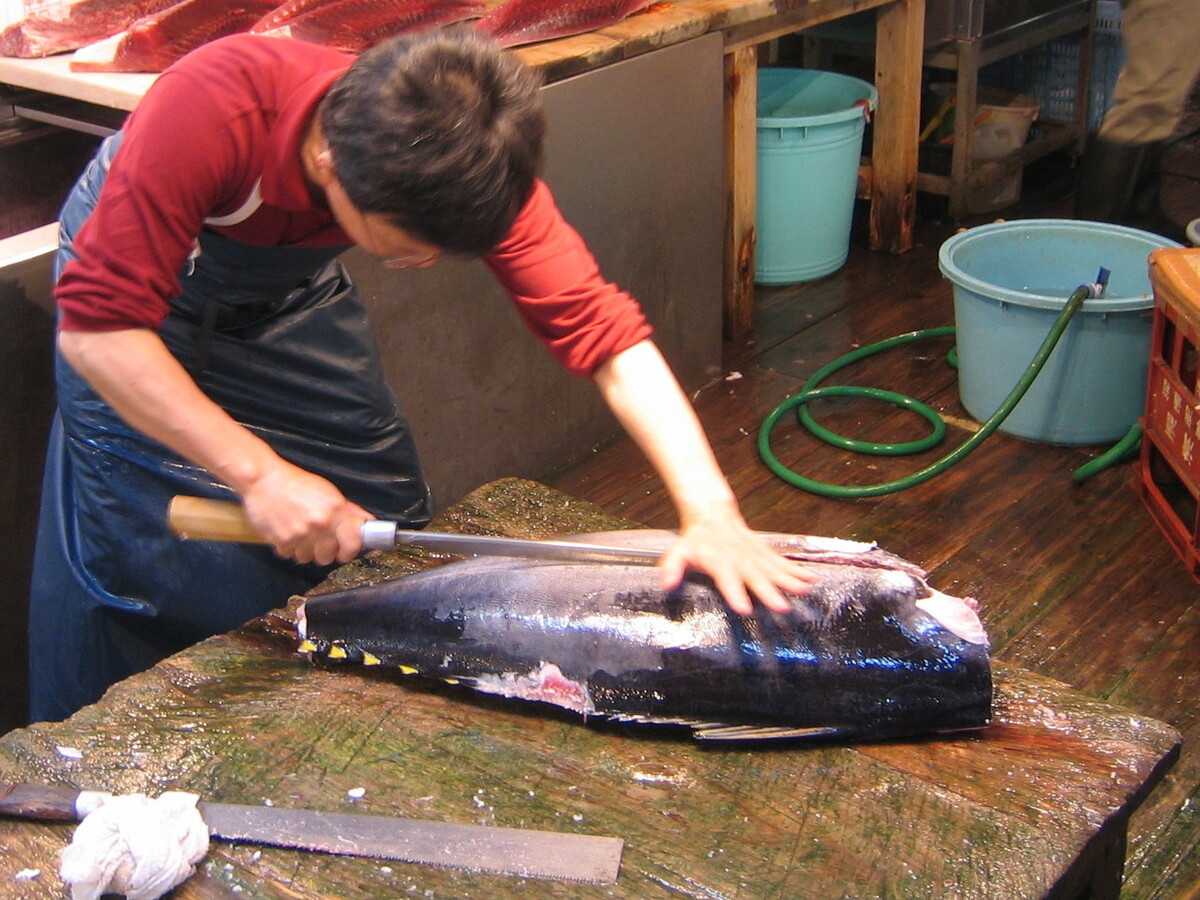 Sushi's popularity has led to a serious decline in tuna populations around the world. The film argues for sustainable sushi bars that offer tuna alternatives in their rolls.

Outlining the process that brings tuna from the boat to the plate is just one of the building blocks of the film's larger argument about the economic and environmental impact of the sushi industry. Although The Global Catch initially considers sushi broadly, it takes the food's ubiquity for granted, merely glancing at its role in the culture and its global culinary influence as it speeds toward its essential focus: conservation.

Individuals and organizations concerned about the problem seem to agree on its magnitude but not a solution, so they take several different approaches, including aggressive protests of illegal fishing vessels and appeals to regulatory bodies. The most fervent representative of the conservation cause here may be Casson Trenor, a San Francisco-based restaurateur and self-described sustainability expert. Trenor argues that the effects of overfishing the bluefin tuna, which take years to mature to the size ideal for catch, far outweigh the rewards. He passionately describes the power consumer habit plays in the problem and offers alternatives to tuna consumption in a sustainable sushi bar he jointly runs.

Although the film also investigates a potentially game-changing strategy in the world's first manmade bluefin tuna hatchery, it seems to side, in the end, with Trenor: Consumers have the power to make the most impact. The Global Catch may be one-sided in its argument, but it's a persuasive one — and the next time you eat sushi, you may think twice about ordering bluefin.