Accessibility links
'How To Be A Woman': Not A Feminist? Caitlin Moran Asks, Why Not? Moran believes that most women who don't want to be called feminists don't understand what feminism is. Her new book How to Be a Woman is a funny take on housework, high heels, body fat, abortion, marriage and, of course, Brazilian waxes. 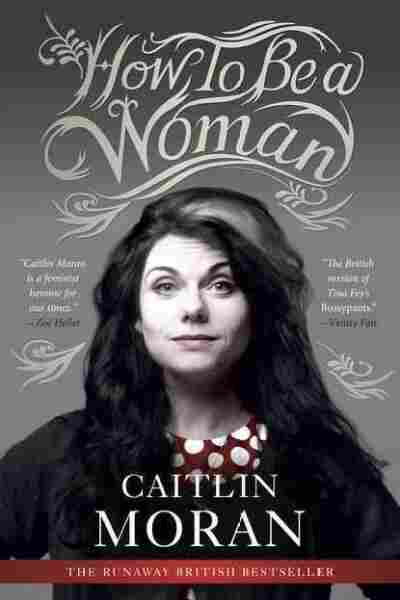 Writer Caitlin Moran believes most women who don't want to be called feminists don't really understand what feminism is. In her book How to Be a Woman, Moran poses these questions to women who are hesitant to identify as feminists:

What part of liberation for women is not for you? Is it the freedom to vote? The right not to be owned by the man that you marry? The campaign for equal pay? Vogue by Madonna? Jeans? Did all that stuff just get on your nerves?

In a conversation with Fresh Air's Terry Gross, Moran talks about how women are pressured into Brazilian waxing and how humor is the sharpest weapon she has a writer.

"People get really scared when women reclaim words, talk about themselves honestly and also make jokes because it's a really unstoppable combination," Moran says. "It's part of the reason why I decided to use humor in my book because it's kind of hard to argue with someone who's making you laugh."

How to Be a Woman combines Moran's observations of contemporary sexual issues with her own experiences as a teenager, a mother and a writer. Moran is the eldest of eight children; her family lived in subsidized housing in the U.K. She began her career as a rock journalist and is now a columnist for the Times of London.

On becoming a woman

"The feminine role models I had were the cast of Dynasty and Dallas, and I just found that terrifying. I just remember sitting there sadly going, 'I'm just not gonna make it.' Literally, it was like being a woman was a boat that was leaving a dock and it was already too far away for me to jump. I mean how could I — this fat girl from Wolverhampton, you know, who had no clothes, I didn't have a coat, I was wearing a dressing gown for a coat, a tartan dressing gown — look like Alexis [Carrington Colby on Dynasty] or beautiful Cybill Shepherd in Moonlighting?

"I would cling to people like Doris in Fame and it was kind of like, 'But it's OK, her personality will get her through. I know what, I'll have a personality instead, that'll be useful.' ... I just wanted to be smooth and thin and have beautiful glossy hair and lovely clothes, and be able to walk in heels. And I thought once I did all that stuff that my life would begin."

'Girl Power' From Botox And A Bustier ... Really?

On pop culture, clothing and women

"In the early '90s, it was grunge, everybody was fully clothed. Alanis Morissette was one of the biggest artists in the world, never wore makeup, wearing Doc Marten boots, and then the Spice Girls turn up, and suddenly it all looks a bit burlesque, suddenly they're the biggest band in the world. ... And as you go all the way through the '90s, the clothes just fall off the women until you get to the year 2000, and Britney Spears is just wearing a snake."

On having an abortion

"In the same way I know that I don't want to be blonde, or go to India, or own a gun — you know, really fundamental sort of things about who you are — I just knew I didn't want to be a mother again. I think when I see a lot of people talking, anti-abortionists' pro-life dialogue, a lot of it is said by men or people who haven't had children. Because I think if you know what it involves, being a mother ... I knew what the odds were of me being able to do as good a job on having a third child as I had with the last two, to [meet] the standards that I wanted to, to be totally there for them. And I just knew I couldn't do it again."

On the sex talk

"I've really, determinedly, not done what you're supposed to do, which is: Never mention sex at all until three weeks before you think your child might even start having periods or start getting off with boys. Then, deliver it all in 'the talk,' where you sit down and give them an enormous amount of information and morally loaded homilies gathered from your own life and stuff that you've seen on TV and just blast their brains with it and then send them out into the world without ever mentioning it again.

"I haven't done that. We've just always talked about it in the same way that we've always talked about how you should probably eat some vegetables, and how it's fun to go down to the park and play tennis, what art we love and TV shows that we like. So we already started that conversation a long time ago."

On women who decide not to marry or have children

"The word 'barren' tells you everything you need to know. The word 'spinster' tells you everything you need to know about our attitude of women who choose not to marry. ... Imagine if you saw George Clooney on the cover of a magazine every week with: 'Is George broody? Is George gonna adopt a baby? When is George gonna have another kid?' It would just seem weird. We'd seem demented, yet it's totally valid for women."

Read an excerpt of How To Be A Woman