Accessibility links
New Republic: What Happened To Europe? As Europe struggles through its third year of financial crisis, Amartya Sen of The New Republic says problems of democracy and financial management are at the heart of the crisis, and austerity is likely to make the situation worse.

New Republic: What Happened To Europe?

New Republic: What Happened To Europe? 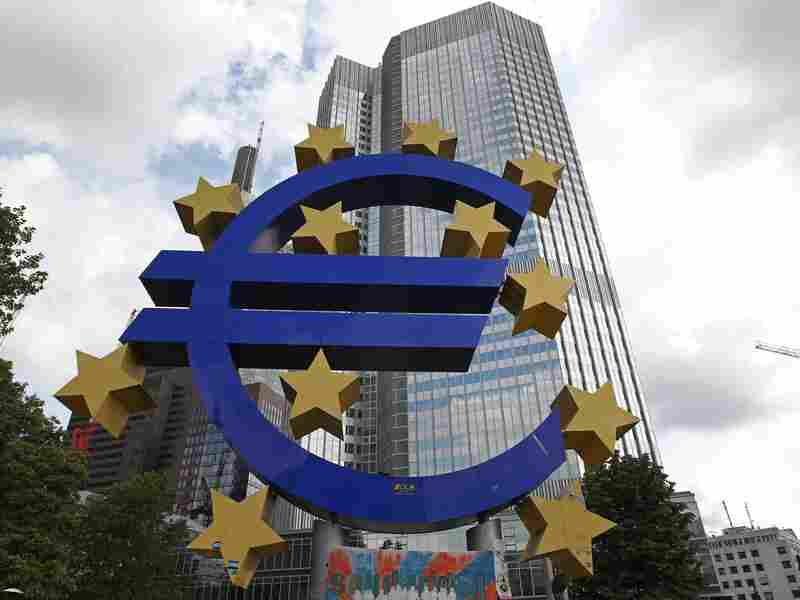 A giant logo of the euro currency stands in front of the European Central Bank in the banking district of Frankfurt, Germany on July 31. Daniel Roland/AFP/Getty Images hide caption 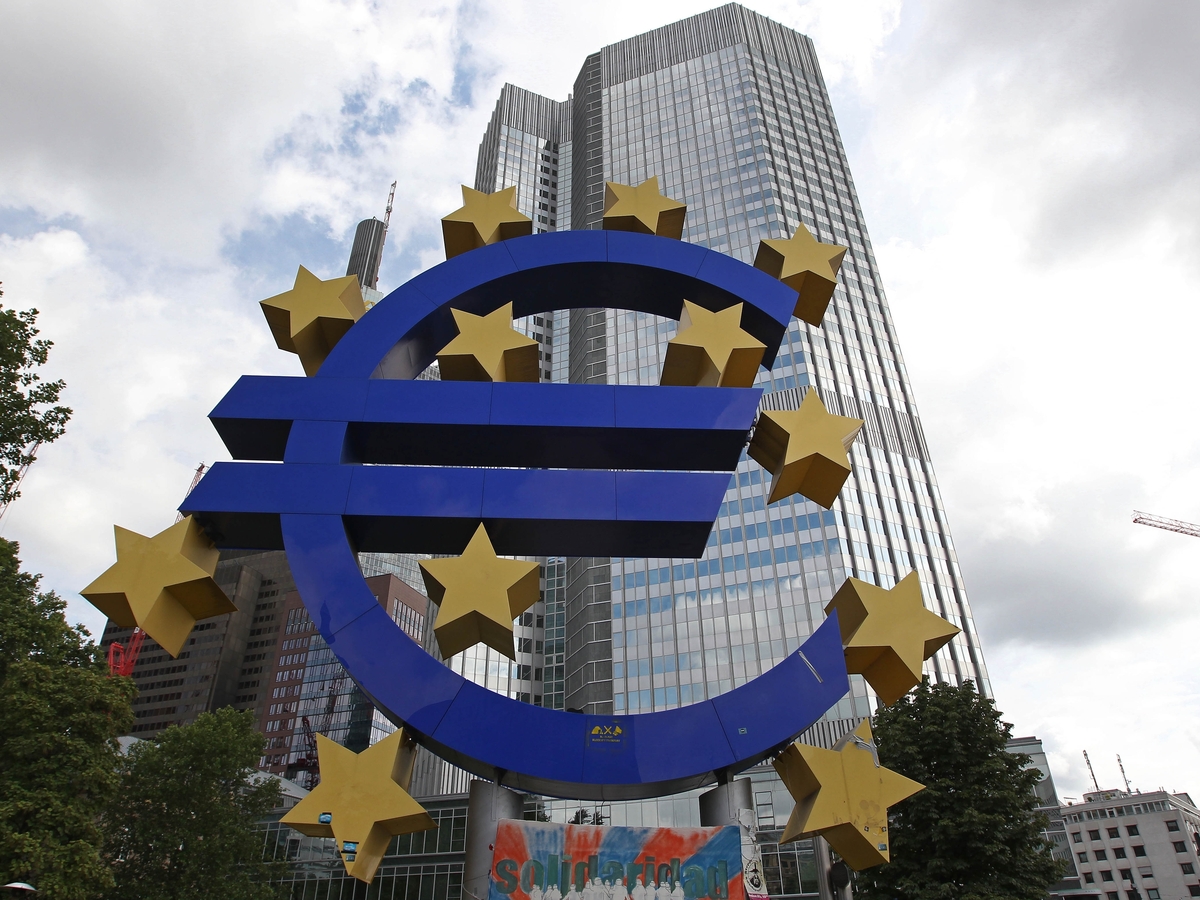 A giant logo of the euro currency stands in front of the European Central Bank in the banking district of Frankfurt, Germany on July 31.

Read Another Article On The Euro Crisis

Amartya Sen is a professor of economics and philosophy at Harvard University and a Nobel Prize winner in economics.

About fifty years ago, in 1961, Jean-Paul Sartre complained about the state of Europe. "Europe is springing leaks everywhere," he wrote. He went on to remark that "it simply is that in the past we made history and now history is being made of us." Sartre was undoubtedly too pessimistic. Many major achievements of great significance have occurred in the last half a century in Europe, since Sartre's lament, including the emergence of the European Union, the reunification of Germany, the extension of democracy to Eastern Europe, the consolidation and improvement of national health services and of the welfare state, and the legalization and enforcement of some human rights. All this went with a rapidly expanding European economy, which comprehensively re-built and massively expanded its industrial base and infrastructure, which had been devastated during World War II.

There is indeed a long-run historical contrast to which Sartre could have pointed. For centuries preceding World War II, a lot of world history was actually made in Europe. And this generated much admiration, mixed with some fear, around the world. But the situation changed rapidly in the second half of the twentieth century. When I first arrived in Cambridge as a student from India in the early 1950s, I remember asking whether there were any lectures given on the economic history of Asia, Africa, and Latin America. I was told that there were indeed such lectures — and that they were given for a paper called "Expansion of Europe." That view of the non-European world would seem a little archaic now, not merely because the grand European empires have ended, but also because the balance of political prominence and economic strength has radically changed in the world. Europe is no longer larger than life.

There is, of course, nothing particularly remarkable — or lamentable — in the changing role of the different regions of the world. This has happened again and again. What is really striking is not the historical re-balancing of the different parts of the world, but the mess that Europe has managed to get into in the last decade or so, particularly over the last couple of years. There is a lot of discussion right now — appropriately enough — about how Europe is going to liberate itself from its financial disarray, economic misery, and political chaos. "What to do now" is certainly an important issue today, but "what not to do" is no less important in looking at Europe's immediate past. This is so not just because past mistakes are relevant in deciding on what to do in Europe (even though what has been done cannot be readily undone — there is no automatic translation from past follies into present rectifications), but also because the negative lessons are essential if we are to avoid similar adversities in the rest of the world.

So what has gone wrong in Europe in recent years? I shall divide my analysis into three broad subjects: the challenge of European unity; the requirements of democracy; and the demands of sound economic policy. These are all related to each other, analytically as well as empirically.

The unification of Europe is an old dream. It is not quite as ancient as it is sometimes suggested — the dream is not of classical antiquity. Alexander and other ancient Greeks were less interested in chatting with Goths, Vikings, Angles, and Saxons than they were in conversing with ancient Iranians, Bactrians, and Indians, and Julius Caesar and Mark Antony identified more readily with ancient Egyptians than with Europeans located to the north of Rome. But Europe went through successive waves of cultural and political integration, greatly helped by the powerful spread of Christianity; and by 1464 King George of Poděbrady in Bohemia was talking about pan-European unity. He was followed by many others in the centuries to come, and by the eighteenth century, even George Washington wrote to the Marquis de La Fayette that "one day, on the model of the United States of America, a United States of Europe will come into being."

But it was the terrible sequence of the two World Wars in the twentieth century, with its floods of European blood, which firmly established the urgent need for political unity in Europe. As Auden wrote in early 1939, on the eve of World War II:

In the nightmare of the dark
All the dogs of Europe bark,
And the living nations wait,
Each sequestered in its hate.

The events that followed only confirmed the poet's worst expectations. The terrible fear of a repeat of what European countries had seen in the World Wars continued to haunt a great many Europeans. It is important in this context to appreciate that the movement for European unification began as a crusade for political unity, rather than for financial unification and a common currency.

The birth of the European federalist movement was motivated strongly by wanting a political unity free from selfdestructive wars, as the content both of the Ventotene Manifesto in 1941 and the Milan declaration of 1943 brings out very clearly. There was no hostility to economic integration and not even to a financial union; but the uppermost priority was not banking and currency. It was peace and goodwill and a gradually evolving political integration. The fact that political unification has fallen way behind financial incorporation was a later development, and the problems generated by that oddly chosen sequencing are not irrelevant to understanding the present economic crisis in Europe.

One point is particularly important to note in this historical context, especially since it is often missed. The problems created in the euro zone by going for the integration of currency and a monetary union without the prior supportive presence of a closer political union and a fiscal union extend well beyond economic mishaps into social adversities in the relations between people in different European countries. Anger and frustration, in many different forms, have generated tension among countries with different fortunes within the euro zone, and have also empowered extremist politics of a kind that Europe expected to leave behind.

There is nothing particularly surprising about the problems of balance of payments and other economic adversities that many of the European countries––Greece, Spain, Portugal — have faced, given the inflexibility of the euro zone restrictions on exchange rate adjustment and monetary policies. The consequent crises and rescues involving demands for draconian cuts in public services have also frayed people's tempers on both sides of the divide. They have strongly exacerbated internecine disaffections within Europe, as is clear from the political rhetoric coming in recent days in very different forms, from the north as well as the south of Europe — with pejorative anger targeted at objects of contempt that vary from "lazy Greeks" to "imperial Germans."

The often-invoked "analogy" with German sacrifices to achieve the unification of East and West Germany clouds at least some European thinking, and is thoroughly misleading. This is partly because the sense of national unity that prompted the German sacrifice does not exist now between the different European nations, and also because the sacrifice in that remarkable exercise of national unity fell mostly on the richer part of Germany in the west, not on the poorer areas as is being demanded now from many of the afflicted European countries, from Greece to Spain.

The costs of failed economic policies extend well beyond the statistics of unemployment, real income, and poverty (important as they are). The grand vision of a union with a cementing sense of European unity is itself threatened by what is taking place in the economic arena. Those who advocated the "unity of a European currency" as a "first step" toward a united Europe have in fact pushed much of Europe into an entirely counterproductive direction for achieving European unity. There is, of course, no danger of a return to 1939, but, to use Auden's analogy of the "dogs of Europe," barking from sequestered regional bases of resentment and contempt does immense harm to the cause of cultivating European amity and unity.

To read the rest of this article, visit TNR.com.