Accessibility links
Monroe's Legacy Is Making Fortune, But For Whom? Fifty years after Marilyn Monroe's death, the starlet is making more money than ever. She's become a multimillion-dollar brand thanks, in part, to the will she left behind. But most of those profits are going to companies that didn't even exist until after she died. 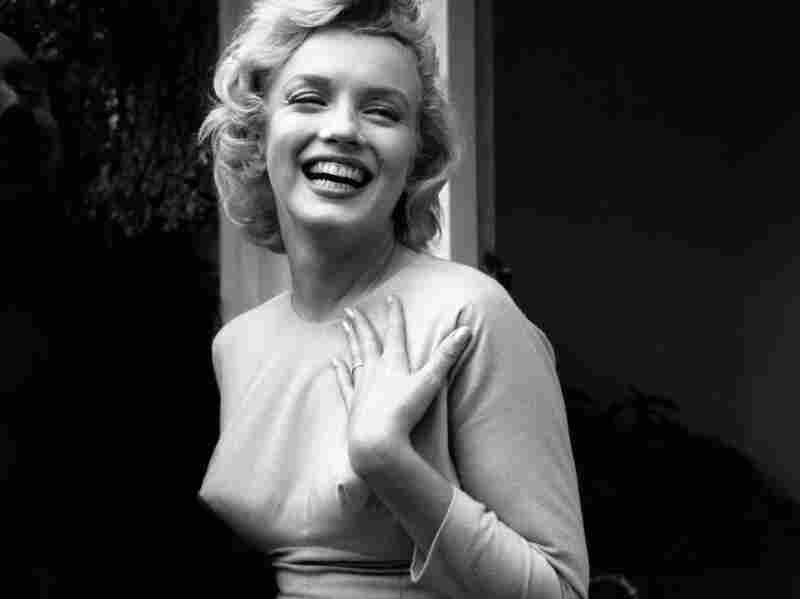 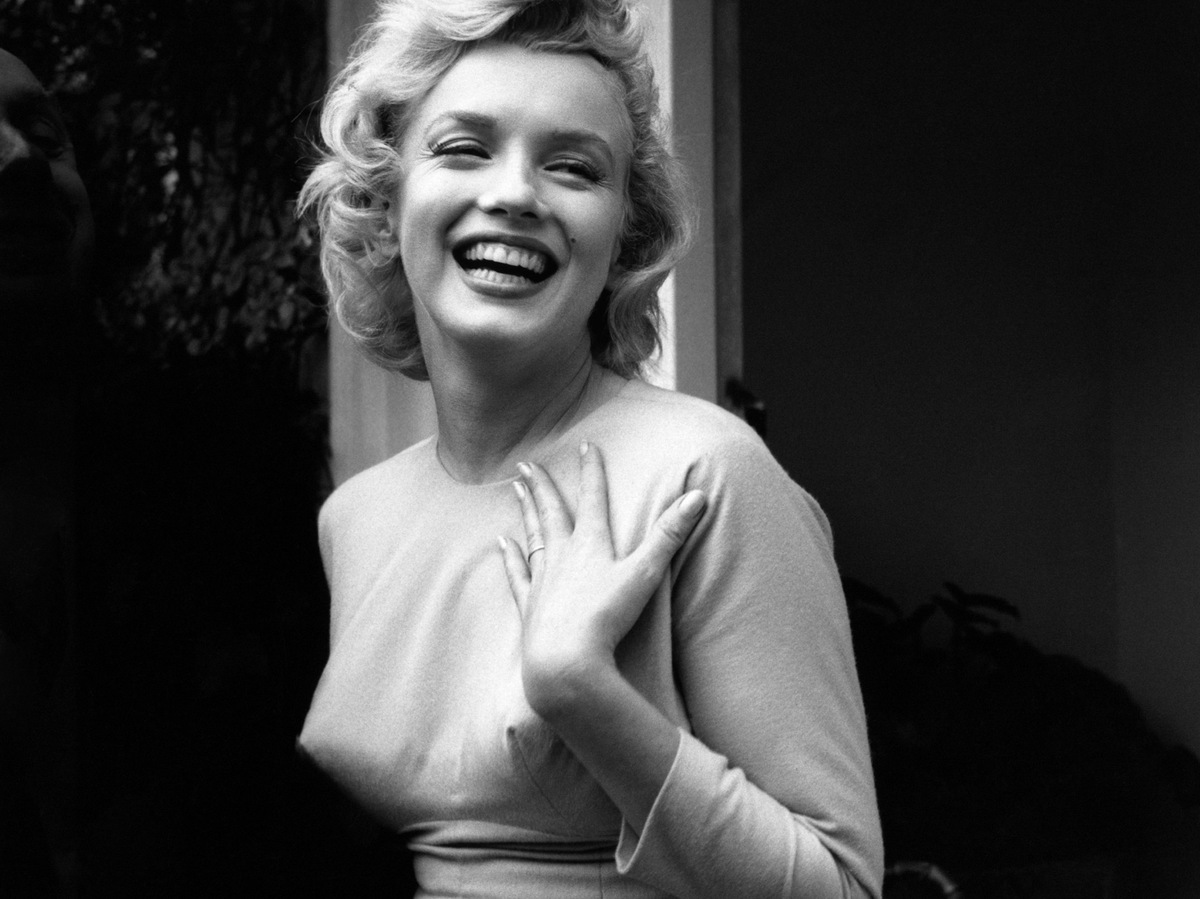 Marilyn Monroe's will reveals a quieter, more complicated side to her legacy.

Marilyn Monroe, a global symbol of beauty, glamour and sex, died on Aug. 5, 1962. Fifty years later, she's still in style — and making more money than ever. Monroe's come-hither expression is emblazoned on posters, T-shirts and refrigerator magnets. She's become a multimillion-dollar brand, but that may never have happened if not for the will she left behind, a document that reveals a much quieter — and more complicated — side to her legacy.

Monroe grew up in an orphanage and foster homes. She had no relationship with her father, and her mother spent most of her adult life in mental institutions. In her will, the actress set up a trust to care for her mother until she died; left money to her half-sister, who Monroe didn't even know existed until she was 12; and made bequests to a poet friend and his wife (she loved poetry, and even wrote some herself) and to others she trusted.

According to Anthony Summers, who wrote a best-selling Monroe biography, the people named in her will got to know her as a real person who loved children, animals and cooking.

"They took Marilyn under their wings," he says. "They gave her uncomplicated privacy and companionship." 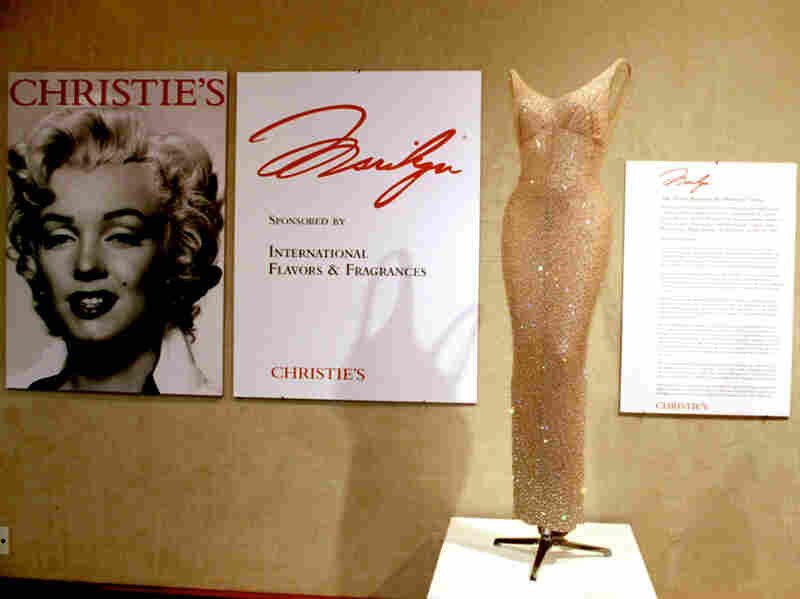 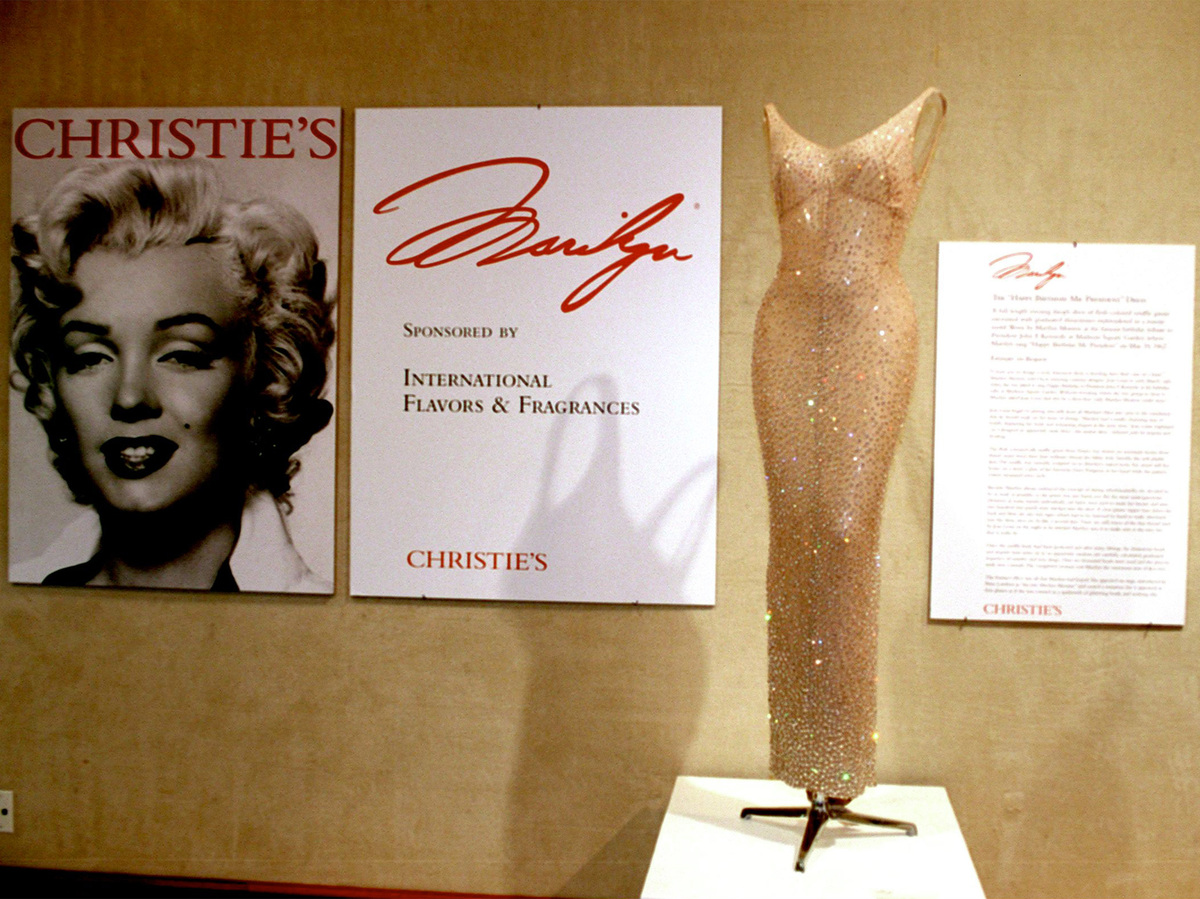 In 1999, Christie's auctioned the dress Monroe wore when she sang "Happy Birthday" to John F. Kennedy for more than $1 million.

Monroe also left a bequest to her psychoanalyst, Marianne Kris.

"She felt that [Kris] was very helpful and sympathetic," says Sarah Churchwell, author of The Many Lives of Marilyn Monroe. "She found that [Kris] was starting to help her understand what it was that she was going through."

After Kris died, her portion of the estate was transferred to the Anna Freud Centre in London, which is dedicated to working with children with mental health problems. Churchwell says Monroe would have approved.

"That would have made her really happy," Churchwell says. "She did want to do good, and she wanted to feel as if she had accomplished something."

But Monroe left the bulk of her estate to her acting coach, Lee Strasberg. He and his wife, Paula, also one of her acting coaches, were like surrogate parents to Monroe. When Strasberg died in 1982, his second wife, Anna, inherited the Monroe estate and eventually hired CMG Worldwide, a company that specializes in managing the estates of dead celebrities, to license Monroe products. That's when the actress started making big money. 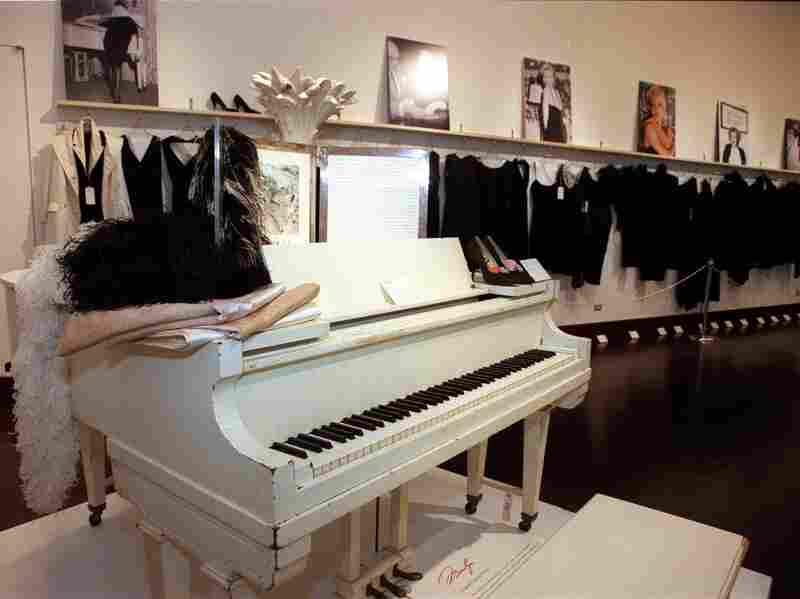 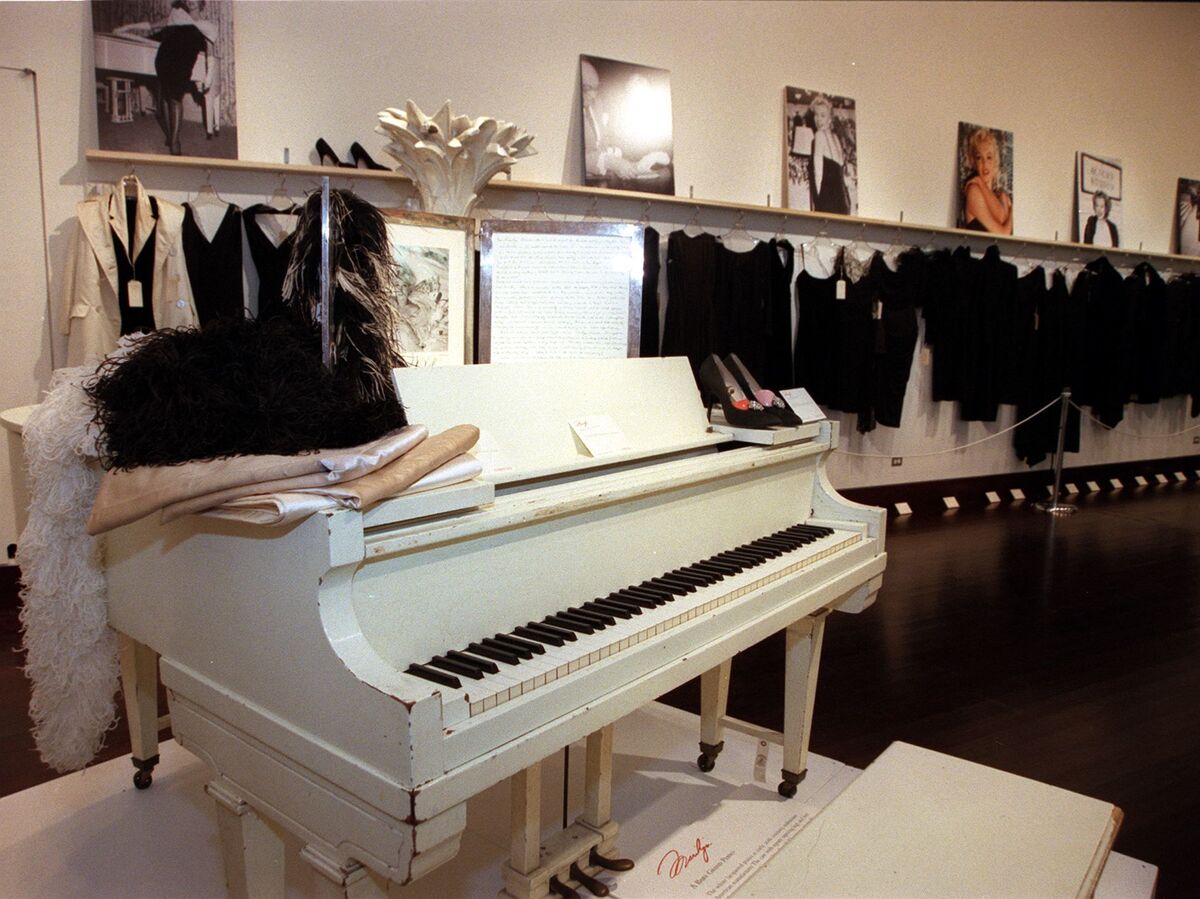 "We did hundreds and hundreds of programs with companies like Mercedes-Benz to Coca-Cola to fragrance, clothing, giftware, collectibles, paper products, things like that," says CMG CEO Mark Roesler.

In her will, Monroe stated that she wanted her personal effects and clothing to go to friends and colleagues. But in 1999, Anna Strasberg commissioned Christie's to auction off many of those items, including the gown she wore to President John F. Kennedy's birthday party.

The gown went for more than $1 million and the baby grand piano that Monroe cherished, because it originally belonged to her mother, was sold to Mariah Carey for more than $600,000.

Several years and a variety of lawsuits later, Strasberg sold what remained of the Monroe estate to a new company, Authentic Brands Group, or ABG, for an estimated $20 to $30 million. Strasberg remains a minority partner in the deal.

ABG's Nick Woodhouse says what's great about Monroe is that she resonates at all income levels — not that the intention is to objectify her.

And, thanks to digital technology, Monroe can even come back to life. A recent Dior perfume commercial has her moving and smiling alongside the real-life Charlize Theron as well as two other dead celebrities, Grace Kelly and Marlene Dietrich.