Accessibility links
Friends With Your Ex? Rashida Jones Understands Don't be fooled by the title Celeste and Jesse Forever — Celeste and Jesse are getting a divorce. But the weird thing is, they're acting like they're best friends. Rashida Jones co-wrote the film and stars as Celeste. She says in many ways, it's a story about what happens to your first love. 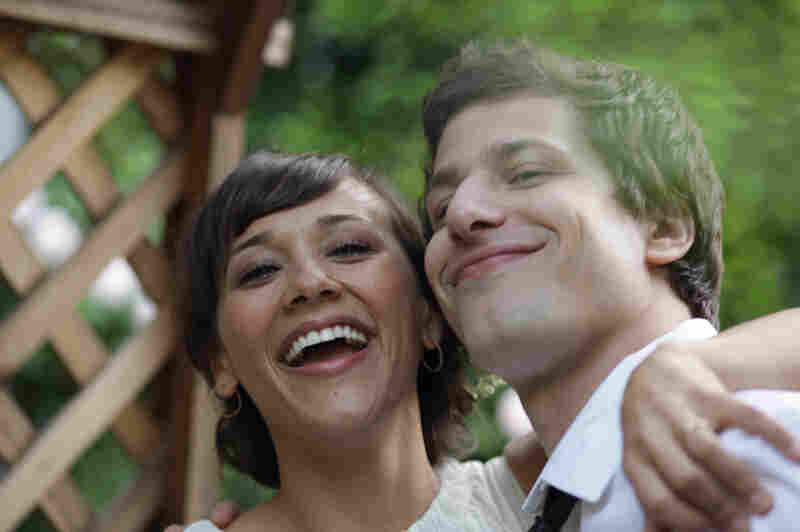 Rashida Jones and Andy Samberg are Celeste and Jesse, a couple who try to stay friends after their marriage ends. Jones co-wrote Celeste and Jesse Forever with Will McCormack, who has a supporting role in the film. Lee Toland Krieger/Sony Pictures Classics hide caption 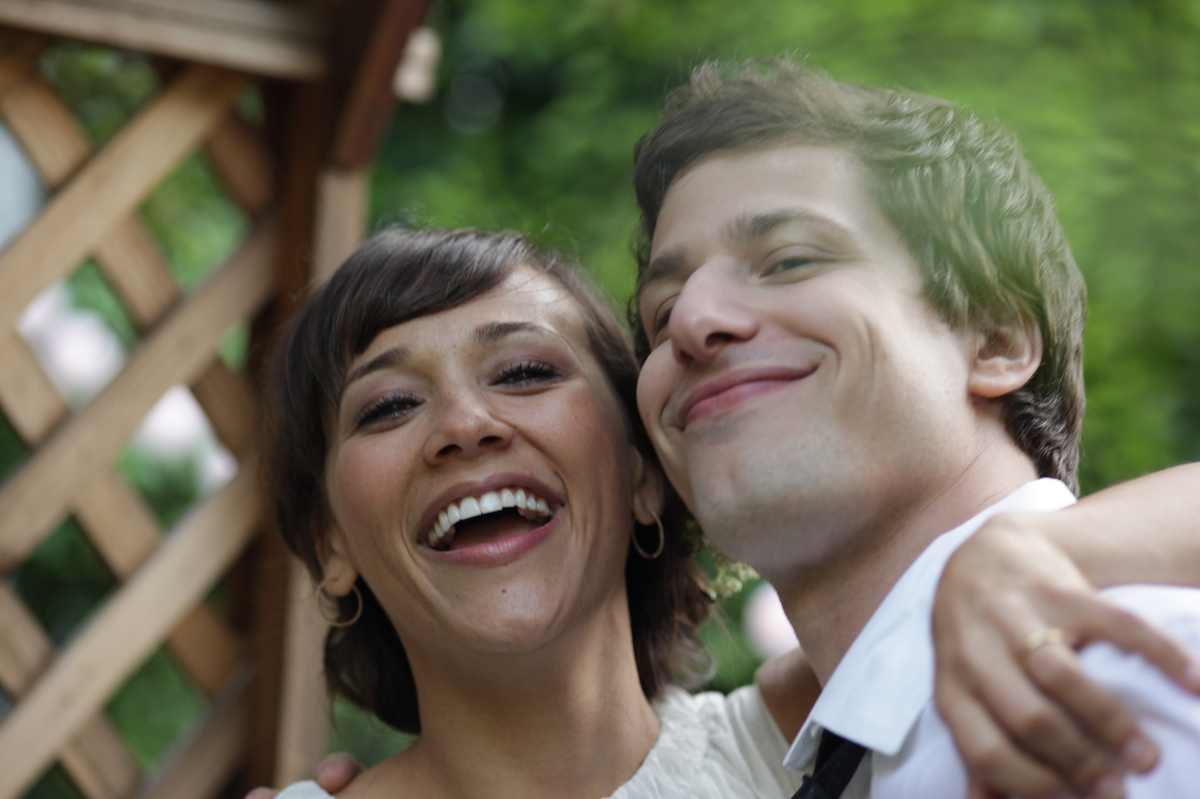 Rashida Jones and Andy Samberg are Celeste and Jesse, a couple who try to stay friends after their marriage ends. Jones co-wrote Celeste and Jesse Forever with Will McCormack, who has a supporting role in the film.

Don't be fooled by the title of Rashida Jones' new movie: It's called Celeste and Jesse Forever, but Celeste and Jesse, played by Jones and Andy Samberg, are not forever — in fact, they're getting divorced. And they have a weird way of dealing with it: They keep spending time together as if they were best friends.

For much of her TV and movie career, Jones has played girlfriend characters who are funny, loving and kind. But when she got the chance to write and star in her own film, she cast herself as a complex character — a woman who's definitely funny, but a little more complicated when it comes to being loving and kind.

Jones, who co-wrote Celeste and Jesse with Will McCormack, talks with NPR's Audie Cornish about acting, writing and the complications of falling in and out of love.

A Couple Made For Each Other, But Not For Marriage

"You start to realize why they're not together throughout the course of the movie. We wanted to show a couple that maybe is not in love anymore, but there's still all these elements about their friendship that they don't want to lose. So selfishly they try to find a way to seamlessly transition into friendship, which turns out to be impossible."

From 'Celeste and Jesse Forever'

From 'Celeste & Jesse Forever' - 'It's Not Normal'

On finding inspiration in When Harry Met Sally

"I would be lying if I said we didn't set out to borrow and steal from the best parts of that movie because [co-writer] Will [McCormack] and I absolutely love that movie. We humbly set out to do what When Harry Met Sally did so well. They asked this question: Can women and men be friends? I guess the answer is they can't, because they end up together. But we were hoping to ask a similar cultural question right now, which is: Can you be friends with your ex? Can you just go into being friends with you ex?"

On modern relationships and how we define them

"We're still figuring out what it means to be in a modern relationship, and it's changing so much. I think people are feeling like they can be the ones to define what that relationship is, whether it's an open relationship, or being with someone for 10 years, having children, and then meeting the love of your life after that. Or living together when you have broken up and seeing other people. There are all these kind of new iterations of relationships.

"So in a way, this is a story about your first love. And what do you do with the love you feel for your first love? Can you take it with you, can it still be a part of your life, can you integrate it into your life? Do you have to let them go forever to move on? Can you be friends eventually? It's complicated. And it's something I relate to strongly." 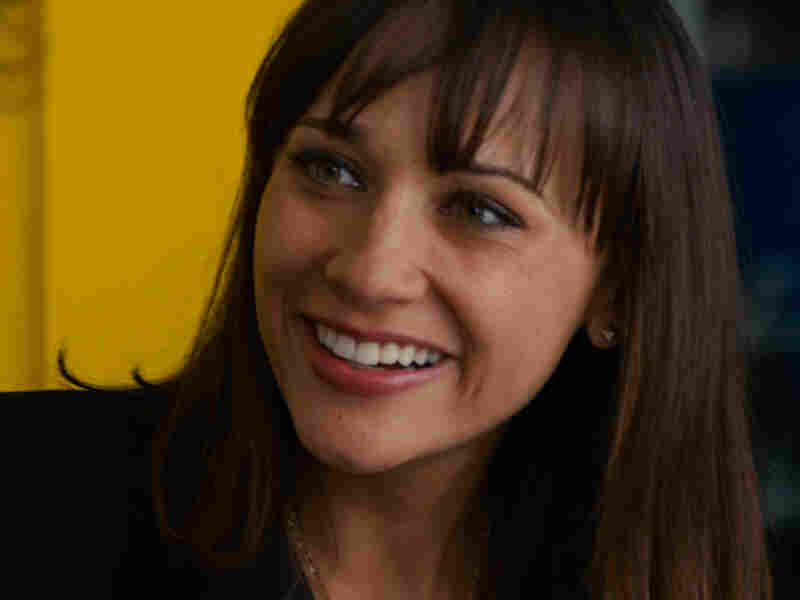 "This is a story about your first love," says Jones. "Can you take it with you, can it still be a part of your life, can you integrate it into your life? Do you have to let them go forever to move on?" Lee Toland Krieger/Sony Pictures Classics hide caption 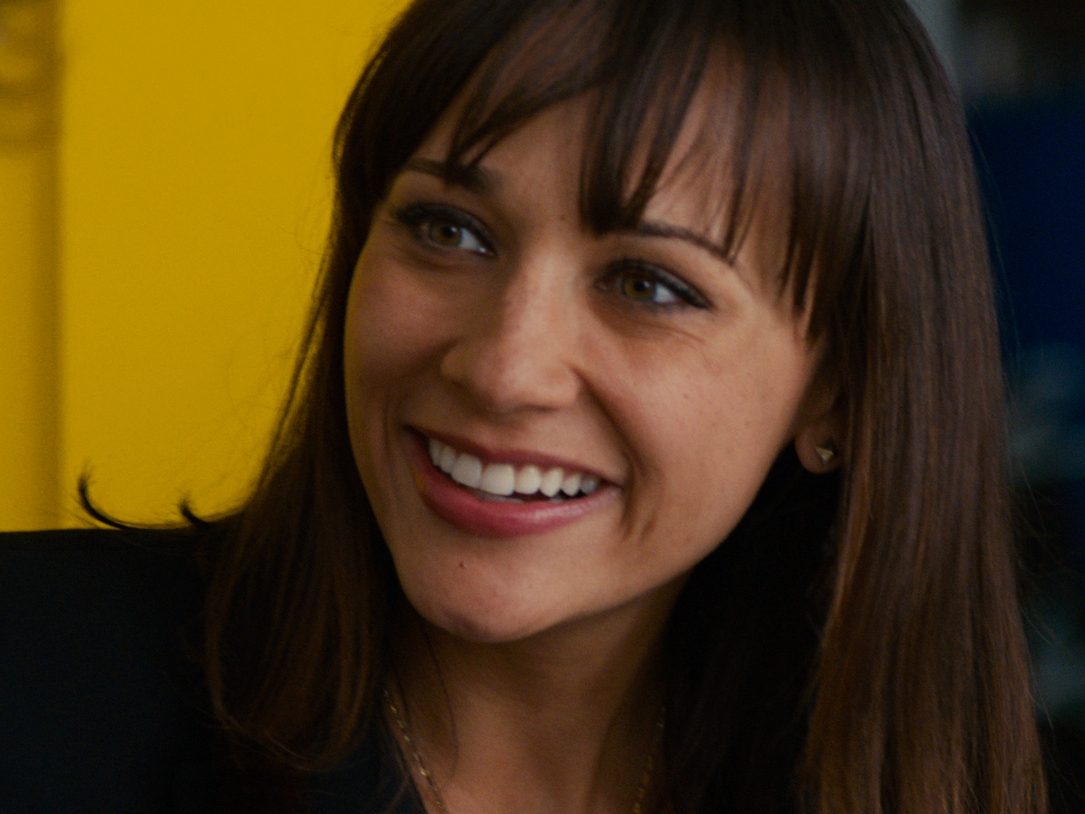 "This is a story about your first love," says Jones. "Can you take it with you, can it still be a part of your life, can you integrate it into your life? Do you have to let them go forever to move on?"

On when she started writing

"[I didn't start writing seriously] until four years ago. I always wanted to do it. I actually just recently found a thing I wrote in the third grade about 'What are you going to be when you're older?' And I talked about wanting to write movies, which I must have buried deep in my subconscious because I don't remember ever having that as a dream. In college, I had a lot of friends who were writers and wanted to be writers and I felt intimidated by it. I just didn't know if I had any gift or voice and I had no confidence about it.

"And then just out of necessity I was waiting around, I was in a holding deal with acting, and I thought: Maybe this is the time. And I just said to Will, 'Let's just sit down and write every day and if something great comes out of it, great. If it sucks, nobody ever has to see it. But if we have something let's see if it's good and let's give it to friends.'"

On finding parts that fit

"After college I moved to New York and was auditioning, and I got one job in a year, which is weirdly kind of good odds-wise. But I was really surprised by how hard it was. I didn't really fit into one thing. I was too quirky to play a lead girl but I was too exotic to play the stable best friend. ... I would try out to play women of color and they'd be like, 'You're not dark enough.' And then I would try to play a surfer babe and they'd be like, 'You're too exotic, we want somebody who kind of looks like the girl next door.' My personality maybe doesn't match what I look like.

Every actor has this story where they don't fit in until they do.

"I think every actor has this story where they don't fit in until they do. And that's fine. I still got work and I was able to support myself. Then, when I was 30, I just had a major lull where I just wasn't getting any work and I considered going back to school. I got some applications for grad school. Then, I got The Office and that kind of changed everything for me."

"Will and I are still writing. We adapted my comic book [Frenemy of the State] for Universal so we'll see if they make it. And I just filmed another movie in London. I'm just going to try to play it out. I think I probably have to go play some pretty serious, dark parts. I might need to play a murderer or a drug addict soon because I've been so dependable and reliable and pragmatic for so long in my roles. ... I think it would be nice to try to expand a little bit and challenge myself and see if I can do something different."