Accessibility links
A New Generation Of Vets Faces Challenges At Home The Veterans Administration recently announced a $100 million program to fight homelessness among America's war veterans. The issue isn't new. For a generation, shelters have seen many Vietnam vets. Now, younger vets are landing on the street after seeing combat in Iraq or Afghanistan.

Homeless veterans of the Vietnam War have been a face of American poverty for decades, and now some veterans of a younger generation are dealing with the same difficult issues.

"I had my apartment up until 2011," says Joshua, a 28-year-old Navy vet, who asked not to give his last name because of the stigma of being homeless. "[I] couldn't keep up with the rent; I did a little couch surfing and then ended up on the street for a while."

The economy is tough, and he was surprised that his skills in the Navy didn't translate into anything marketable once he mustered out. He says he wasn't equipped to deal with the civilian world after years of military structure and support.

"It was a total life change and I was like, 'I don't understand, I served, I have all these skills and no one is willing to hire me,' " he says. 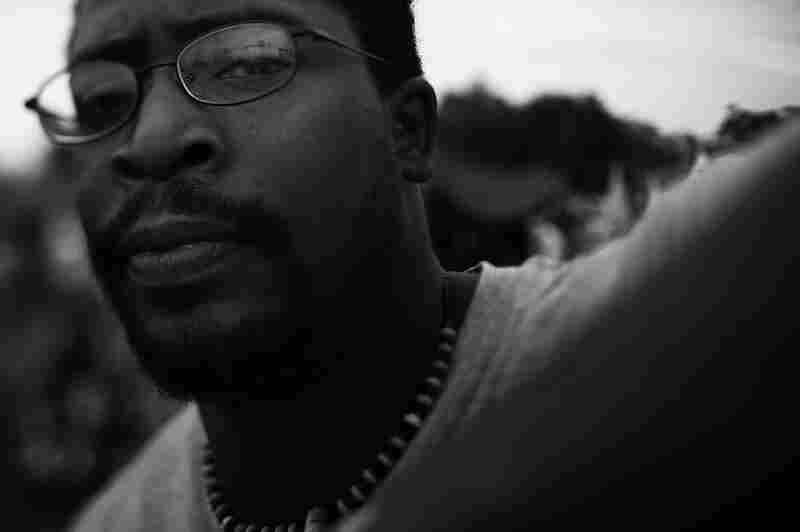 Joshua, 28, had trouble adjusting to civilian life in a tough economy after eight years in the Navy. He asked to not share his last name because of the stigma tied with being homeless. David Gilkey/NPR hide caption 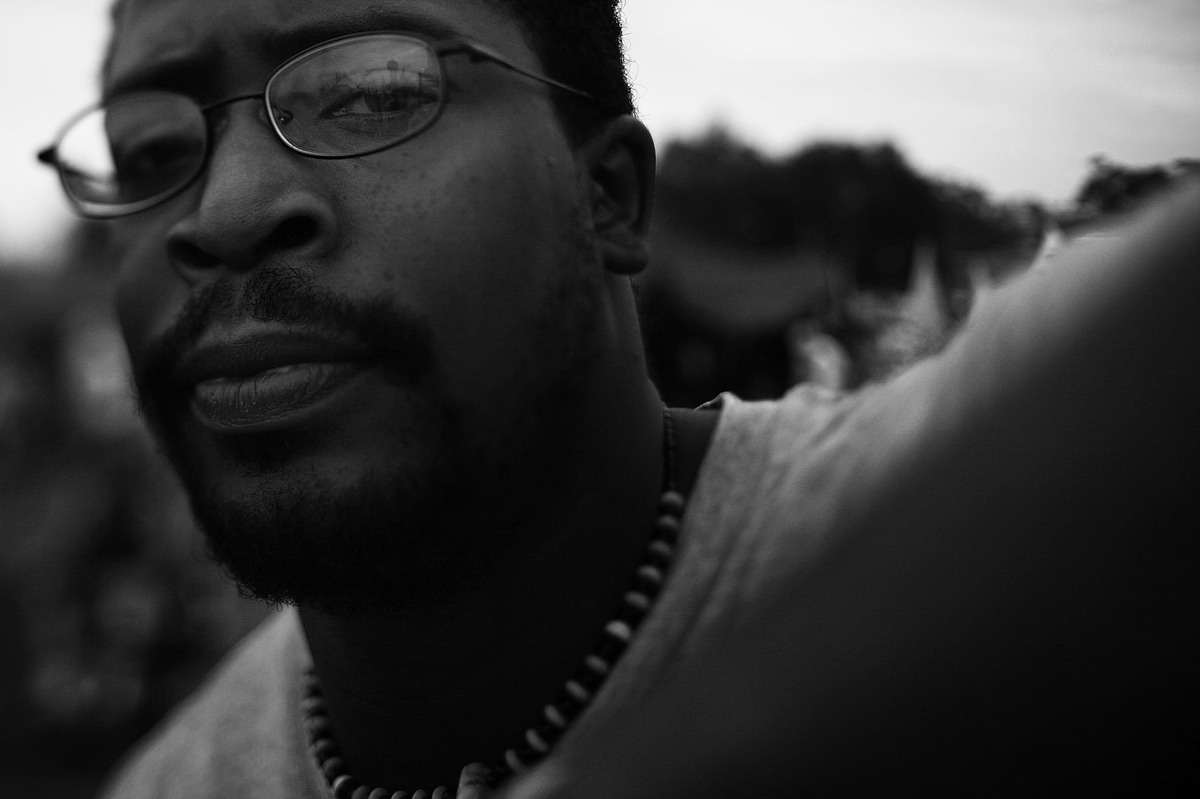 Joshua, 28, had trouble adjusting to civilian life in a tough economy after eight years in the Navy. He asked to not share his last name because of the stigma tied with being homeless.

Joshua has been living at a residence run by Veterans Village of San Diego (VVSD), and recently he joined about 1,000 homeless vets at an annual event called Stand Down. It's a tent city on the grounds of San Diego High School, where, for three days, homeless vets can sleep on dry cots and eat warm meals.

A Range Of Services

There's even an open-air court to clear up outstanding warrants that might make it hard to get a job. Organizers say Stand Down aims to clear all the obstacles that could prevent a fresh start.

The event still primarily serves veterans from the Vietnam War, though it now includes some younger faces.

The majority of Iraq and Afghanistan vets at this summer's Stand Down are not homeless, but volunteers there to help out. Mike Judd did two combat tours in Iraq, and he now works at Veterans Village. It doesn't surprise him that many of his contemporaries are hitting hard times.

"Right out of high school, now they're a soldier, now they're a Marine," Judd says. "They spend months, years in combat, in military bases, in barracks, and then they're given like a week to become a civilian. I know very little, but I saw this coming."

The Pentagon and the Department of Veterans Affairs have recently stepped up efforts to combat the problem, including a $100 million program announced in July. The VA estimates that about 67,000 vets are homeless, a 12 percent reduction from the previous year. 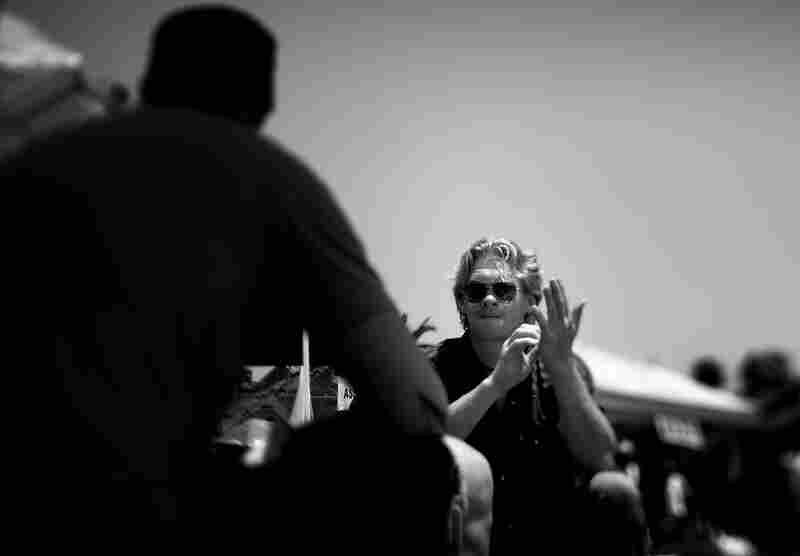 Paul, a former sniper with the Marines, did two tours in Iraq and says it was hard to reconnect with the civilian world. He declined to give his full name. David Gilkey/NPR hide caption 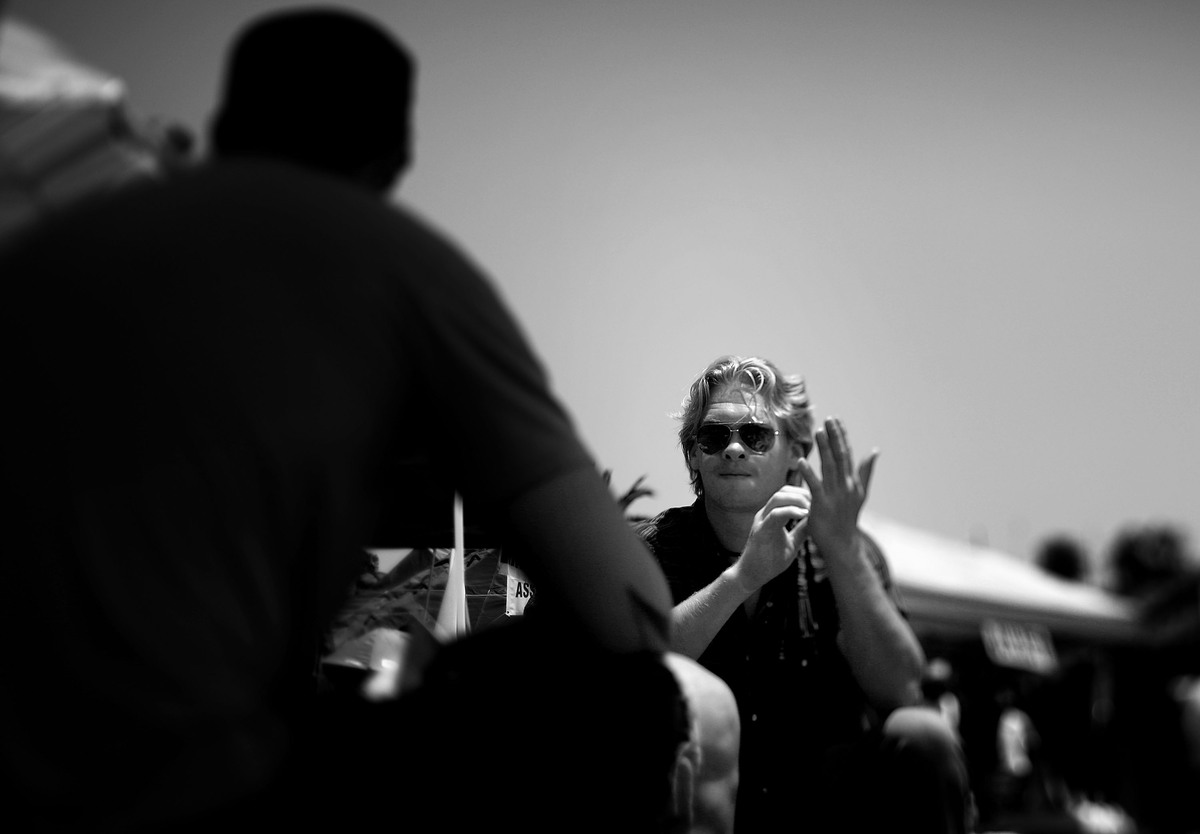 Paul, a former sniper with the Marines, did two tours in Iraq and says it was hard to reconnect with the civilian world. He declined to give his full name.

The White House has announced a plan for no vets to be homeless by 2015, but it recognizes that the new generation of vets, many of them exposed to multiple combat tours, has its own set of problems.

A Sense Of Alienation

"I kind of feel separated," says a two-tour Iraq vet named Paul, who also declined to give his full name. "I don't like most people, I don't have many friends. It's not that I don't like normal civilians, it's that I can't identify with them."

Paul, a Marine sniper, says combat left him with post-traumatic stress. He came to Stand Down to apply for a spot in the Veterans Village residential program.

A judge ordered him to choose between that or prison for his second drunken driving charge, when police also discovered a loaded gun in his car. Paul admits he drinks too much, and he also admits that he misses the thing that traumatizes him.

"You can't get quite that rush, that feeling on the edge that you get in combat," he says. "It sounds kind of twisted, but I enjoyed it very much. Save the fact that I lost some friends and lot of friends got maimed. But you know if I could, I'd go back right now."

But when he gets out of Veterans Village, Paul will have to learn to interact with the civilian world, which he still finds incomprehensible.

"You have a military at war, and a nation at the mall," he says. "What [are] peoples' priorities especially in my age bracket? All they care about is Facebook, the Kardashians, pop culture [and] their iPhone."

At the end of the Stand Down weekend, Paul did land a space at Veterans Village San Diego. After about a year there, he might still not relate to the crowds at the mall, but he may figure out a way to deal with them.

Program Teaches Vets How To Survive The Classroom June 6, 2012
Obama Seeks To Gain Support Among Military Voters May 24, 2012
Military Looks To Redefine PTSD, Without Stigma May 14, 2012