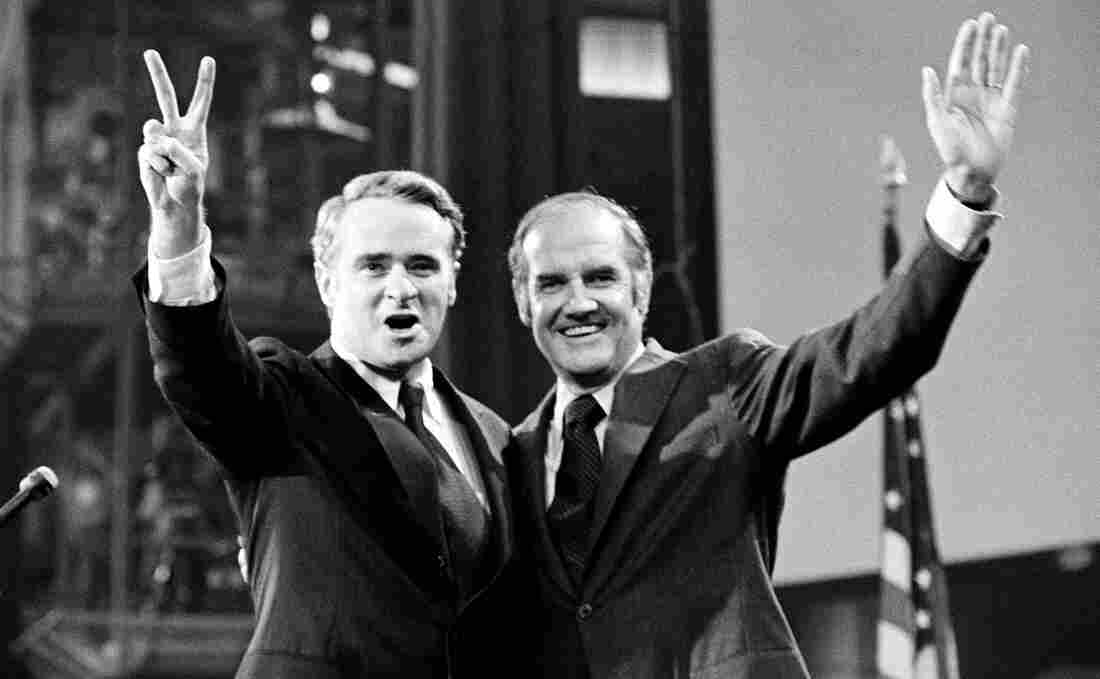 Sometime before the end of the month, when Republicans hold their convention in Tampa, Fla., Mitt Romney will announce his vice presidential running mate.

There's a good chance the finalists for that spot are wading through mountains of paperwork, and answering deeply personal questions about finances, past statements, friendships — and medical history.

A lot of that tedious process stems from something that happened 40 years ago this summer, when presidential candidate George McGovern decided to place Thomas Eagleton on the Democratic ticket. Joshua Glasser tells the story of that fateful decision in his new book, The Eighteen-Day Running Mate. 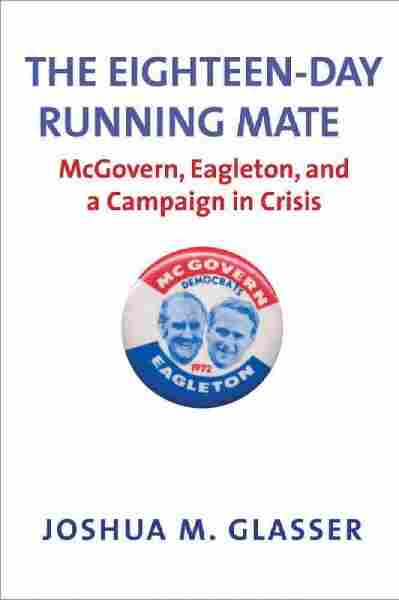 McGovern, Eagleton, and a Campaign in Crisis

In the middle of July 1972, thousands of delegates arrived in Miami for the Democratic convention. Today, conventions are scripted and choreographed events, but back then, that wasn't the case.

"We went to the convention very uncertain as to whether or not we could sustain our delegations," former Colorado Sen. Gary Hart, who served as McGovern's campaign manager, tells weekends on All Things Considered host Guy Raz.

McGovern was the insurgent candidate, and on his road to the nomination, he managed to alienate the party's old guard. So McGovern needed a running mate who could unite the Democrats.

"All their polling told them that Ted Kennedy was the guy they needed on their ticket," Glasser says. "If they had him on the ticket, they would have a reasonable shot at actually beating Nixon come the fall."

Kennedy was the party's torch-bearer, an unapologetic liberal who railed against the Vietnam War. When McGovern's team arrived in Miami for the convention, McGovern's nomination wasn't assured. That meant the campaign hadn't even started looking for a running mate. All along, Hart says, McGovern assumed Kennedy would be that man.

"He thought he could persuade Sen. Kennedy to do it up until the very, very last moment," he says.

But Kennedy kept saying no. On the day the convention began, McGovern reached out to Senate colleagues like Gaylord Nelson of Wisconsin and Abe Ribicoff of Connecticut. They also said no. But the nominating process was set to begin that evening, and McGovern had to pick a vice presidential nominee by that point.

"I think under the pressure of time, he called Sen. Kennedy back and said, 'Look, Ted, I've got to make a decision, are you going to be with me?' Sen. Kennedy said, 'No, I don't think so.' That's when we went to Eagleton," Hart says.

Hart says Thomas Eagleton wasn't even on the initial shortlist, but he was an up-and-comer. He was elected the youngest-ever attorney general in Missouri history, and by 1972, the then-senator made a name for himself as a fiery opponent of the war.

NPR's Ken Rudin says that on the campaign trail, McGovern had alienated big labor and working-class Catholics. Eagleton was a devout Catholic and a strong opponent of abortion.

"McGovern, with real big trouble with Catholic voters, with labor support, looked at Tom Eagleton as almost like the perfect kind of candidate," Rudin says.

On that first day of the convention, McGovern called Eagleton to offer him the spot. They spoke for about two minutes over the phone.

"We went over names casually, didn't do any 'background checking,' " Hart says. "It wasn't mandated in those days as it is now. Certainly after '72 it came to be mandated. But the people trusted other people's word."

Rudin says back then, it was beneath a presidential nominee to ask about health issues or personal problems like alcoholism. That turned out to be George McGovern's biggest mistake. 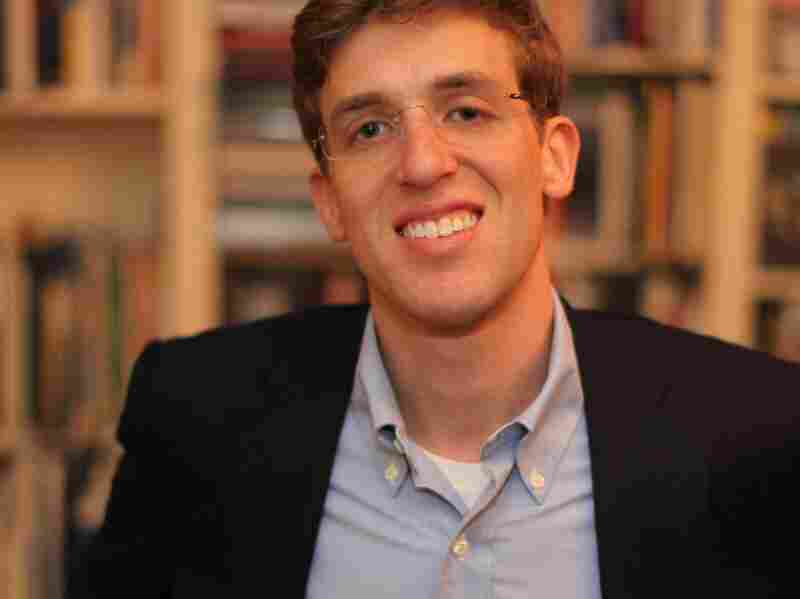 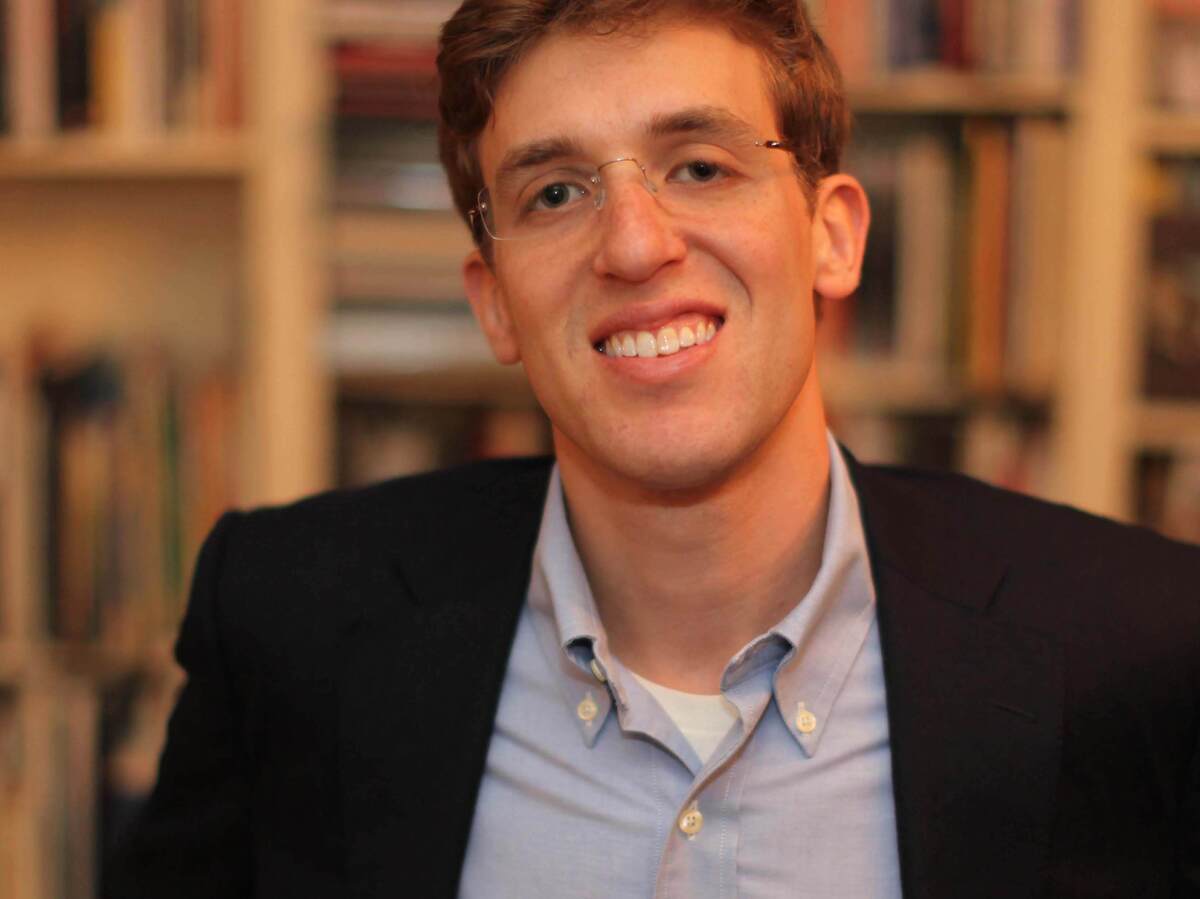 Joshua M. Glasser is a researcher for Bloomberg Television in New York.

Finger On The Button

Within a few days, rumors started to circulate, beginning with a call to McGovern's headquarters in South Dakota.

"The anonymous caller had said, 'Check into Sen. Eagleton's background; he has a complicated medical background,' " Hart says.

Hart says neither he nor McGovern's top aide, Frank Mankiewicz, knew anything.

"Then calls were made to the Eagleton staff to say, 'We got this call; what does it mean?' " Hart says. "The response was 'We'll check it into it and let you know.' "

Within hours, the McGovern campaign was getting those details. On three occasions in the 1960s, Eagleton was hospitalized for depression and had undergone electroshock treatment.

"This was the height of the Cold War," Hart says. "The key here wasn't how do we feel about mental illness or therapy or anything like that. The key was — finger on the button."

That phrase, "finger on the button" began to dog the McGovern campaign once the revelations about Eagleton's mental health became public.

The initial strategy was to address what happened, and Eagleton was forthcoming.

"On three occasions in my life, I have voluntarily gone into hospitals as a result of nervous exhaustion and fatigue," Eagleton told reporters at the time. "As a younger man, I must say that I drove myself too far, and I pushed myself terribly, terribly hard, long hours, day and night."

Despite his best efforts to address what happened in an honest way, the pressure began to mount. Democratic Party stalwarts called on Eagleton to step down.

At first, McGovern stood by his running mate. At one campaign stop he told a crowd, "It's hot here tonight, but I'll tell you one thing: I can take the heat and I'm going to stay in the kitchen."

At every campaign stop, Eagleton was asked whether he'd remain on the ticket and each time he was defiant. In a stop in Hawaii, he told reporters, "I'm not quitting, I'm not getting out, we're going to win this election, and I'm going to be the next vice president of the United States."

But as the story dragged on, the polls began to look ominous for McGovern, and many people on the campaign staff, including Hart, were frustrated.

McGovern, under increasing pressure, asked to speak to Eagleton's psychiatrists. Eagleton agreed to have McGovern speak with two of his doctors.

"McGovern, based on those conversations, makes the medical decision that Eagleton was too much of a risk to have his finger potentially on the metaphorical button," Glasser says.

Eighteen days after he was picked to run with McGovern, Eagleton arrived in Washington to hold a press conference.

The election was held 99 days later. Richard Nixon would defeat George McGovern in a landslide — the widest margin of victory in the popular vote in presidential history.

McGovern spent another decade in the Senate. Eagleton went on to serve two more terms as Missouri's senator. He died in 2007.

"The way Eagleton handled himself during those 18 days was very admirable," Glasser says. "It earned him tremendous respect from the people of Missouri. They didn't like the way he seemed to appear to be treated by McGovern, and he was a very, very able and respected public servant."

Read an excerpt of The Eighteen-Day Running Mate