Accessibility links
No Space, Mate: Koalas' Habitat Under Threat It's estimated that about 100,000 koalas remain in the wild as urbanization envelops their habitats along the Australian east coast. Although Australia recently put the marsupial as "vulnerable" on its endangered species list, advocates say the status doesn't give the animals maximum protection. 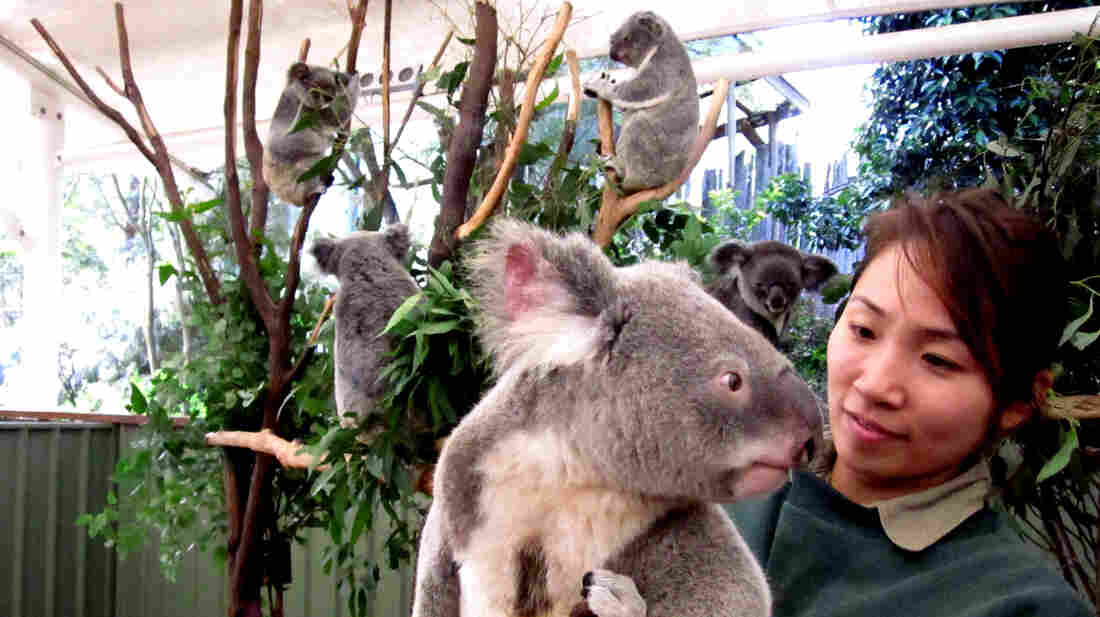 A male koala visits the female enclosure at the Lone Pine Koala Sanctuary in Brisbane, Australia. Koalas are dwindling in number as their habitat along Australia's east coast gives way to urban growth. Stuart Cohen for NPR hide caption 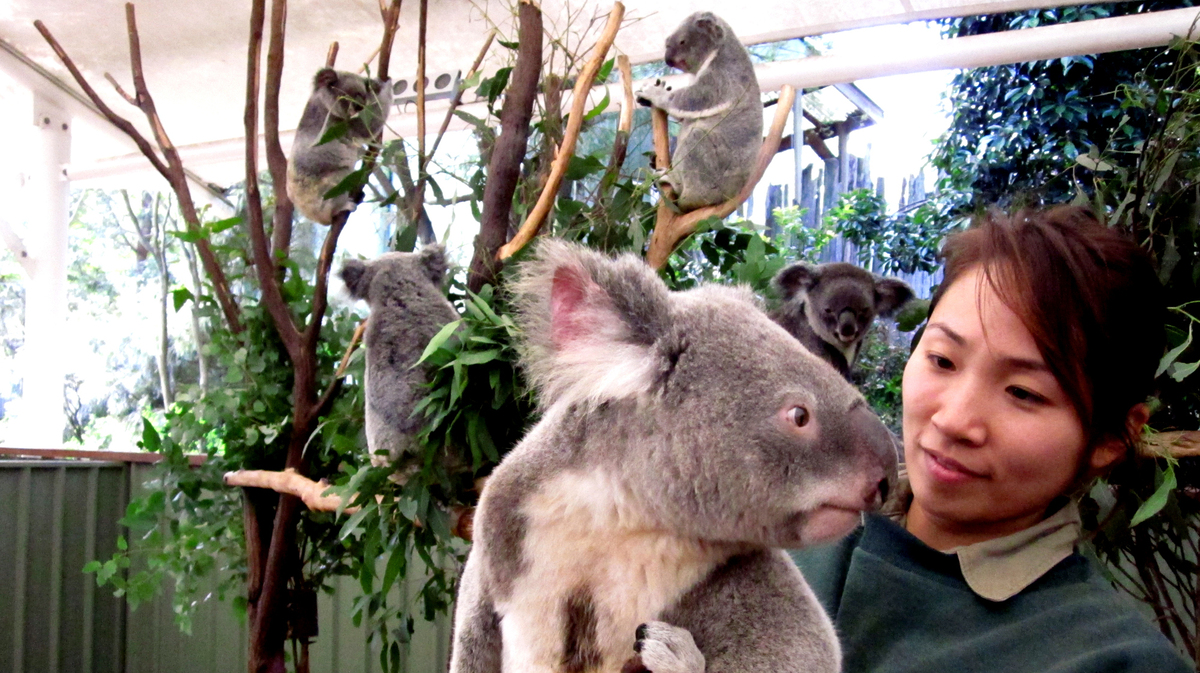 A male koala visits the female enclosure at the Lone Pine Koala Sanctuary in Brisbane, Australia. Koalas are dwindling in number as their habitat along Australia's east coast gives way to urban growth.

Earlier this year, the Australian government added the koala to the country's list of endangered species. By some counts, only about 100,000 remain in the wild in a country that once boasted a population in the millions. But many conservationists say the listing doesn't go far enough.

Paul O'Donnell is one of the many volunteers at Friends of the Koala in the northern New South Wales town of Lismore.

Koalas Are So Cute! (And Threatened)

"We go out every day for about an hour or so collecting leaf; usually we get about one bin per koala," O'Donnell says.

With three animals in permanent care — they're too sick to be returned to the wild — Friends of the Koala is one of a handful of organizations working on the front lines to save the iconic Australian marsupial.

During its busy season — usually from October to April — the group receives as many as four calls a day to rescue sick or injured koalas. The group also works with local governments, advocating for koala-friendly development, and helps landowners plant eucalyptus trees to feed these notoriously finicky eaters.

Over the past few years, Friends of the Koala has taken care of slightly more than 300 koalas a year, Vass says. Of those, only 60 to 65 are released back into the wild.

"That's not a very good success rate at all," she says.

The koala once numbered in the millions, but was hunted to near extinction in the early 20th century for its thick fur. Many credit the U.S. for helping save the animal by banning the import of koala pelts. But its numbers have never fully recovered. 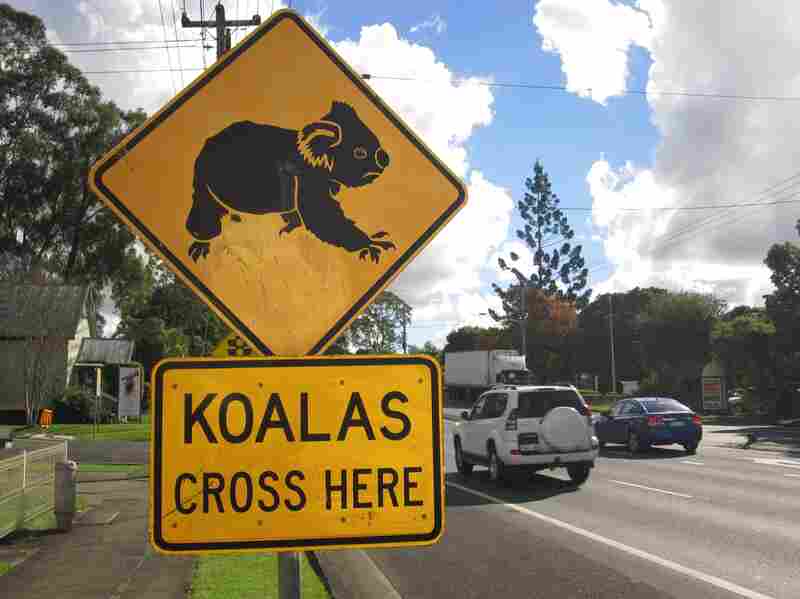 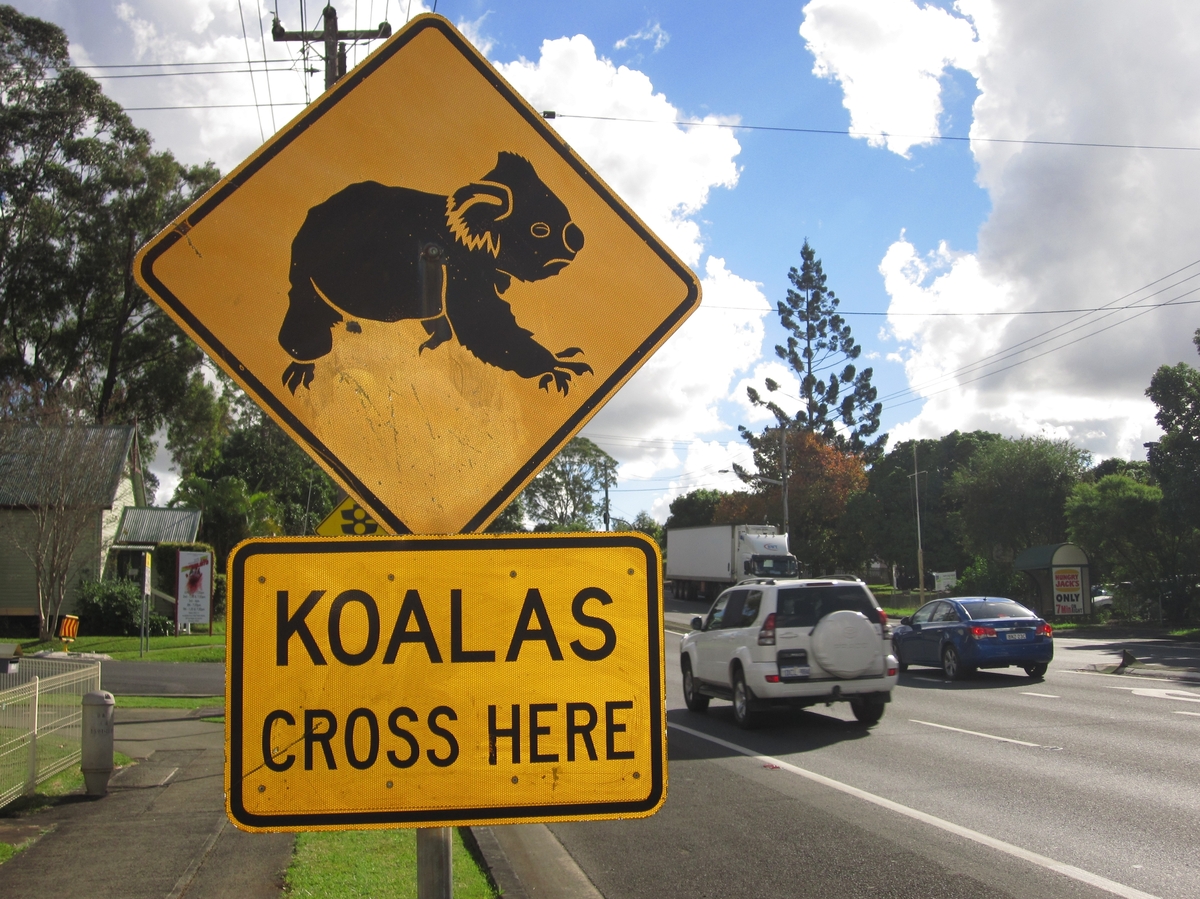 The biggest threat to Australia's koalas is loss of habitat, says Friends of the Koala President Lorraine Vass.

Today, Vass says, the koala's biggest threat is urbanization and the loss of habitat along Australia's heavily populated east coast.

"The difficulty is that koalas, by and large, live where we want to live. So there's that competition for space," she says.

The new government listing declares the koala only "vulnerable" — the least protected status possible — and only in two states where the populations are declining rapidly, New South Wales and Queensland. Many conservationists aren't happy and think the koala deserves more.

"For a country that exploits this amazing animal — you know, Oprah, the first thing that she did was cuddle a koala — we just don't do anything to protect it," says Deborah Tabart, president of the Australian Koala Foundation.

For the past quarter century, Tabart has been the animal's defender-in-chief, lobbying politicians, battling property developers and other industries and pushing for a simple, national law to give the koala maximum protection, something akin to the Bald Eagle Protection Act in the U.S.

"Why is it this hard?" Tabart asks. "And if it's hard for a species that doesn't eat anyone, doesn't destroy any crops, doesn't do anything except sit in a tree and look magnificent and sell billions of dollars' worth of tourists' stuffed teddies, then you really know that the forces against this are very big."

Tabart's group estimates koalas bring in more than $1 billion in tourism annually, with 75 percent of all visitors to Australia wanting to see a koala.

Every year, about a quarter million of those tourists come to the Lone Pine Koala Sanctuary in the suburbs of Australia's third-largest city, Brisbane. Lone Pine has the world's biggest population of captive koalas and is one of the few places in the country where tourists can hold a koala.

The emphasis is on education, says curator Jacqui Brumm. 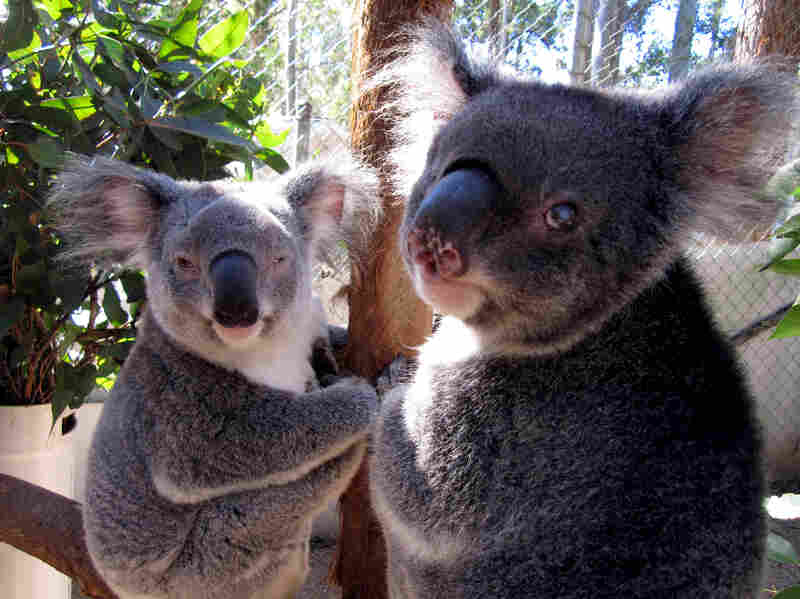 Two blind koalas are in permanent care at Friends of the Koala in Lismore, Australia. Stuart Cohen for NPR hide caption 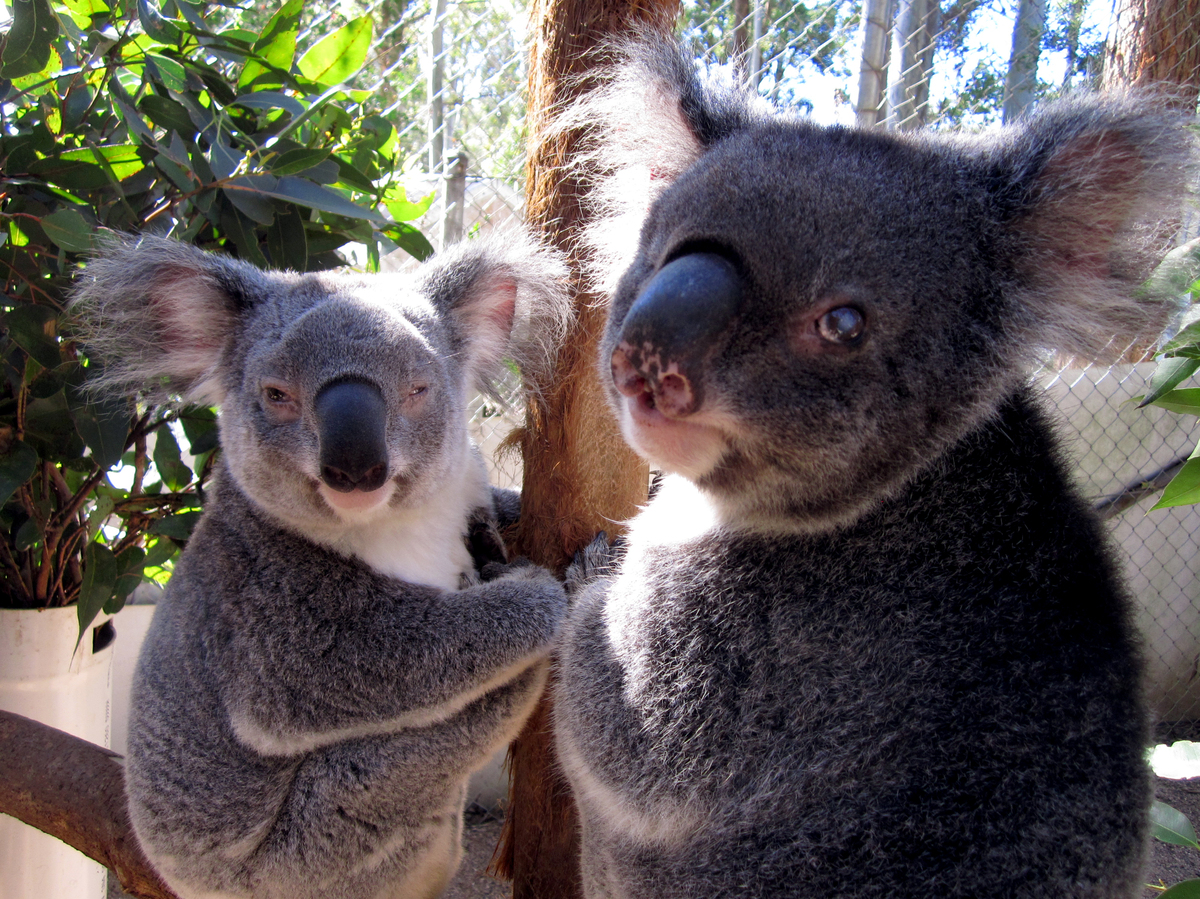 Two blind koalas are in permanent care at Friends of the Koala in Lismore, Australia.

"Hopefully, through just a short amount of time that they spend with koalas here and some of the educational programs we put together and the public presentations, people go away with an appreciation for a koala, " Brumm says. "knowing exactly what it is that they can help in their own small way out in their own suburban areas."

Now, koalas are facing a brand new threat. The growing push for gas drilling and fracking, also along Australia's east coast, could see yet more of their dwindling habitats disappear. Tabart says the koala can't bear much more.

"I think that in Australia, we've got a 'land-of-plenty' mentality," Tabart says. "Everyone just thinks, 'Oh well, there's more bush, there's more koalas.' I get that all the time, 'Oh there's lots of koalas, Deborah.' There's not."