Accessibility links
Ayotte Would Add Youth, Conservatism As VP Choice That Sen. Kelly Ayotte of New Hampshire is even being considered as Mitt Romney's running mate is somewhat remarkable. Her state has just four electoral votes, and Ayotte has been a U.S. senator for less than two years. But as Romney nears his choice, Ayotte remains in the discussion. 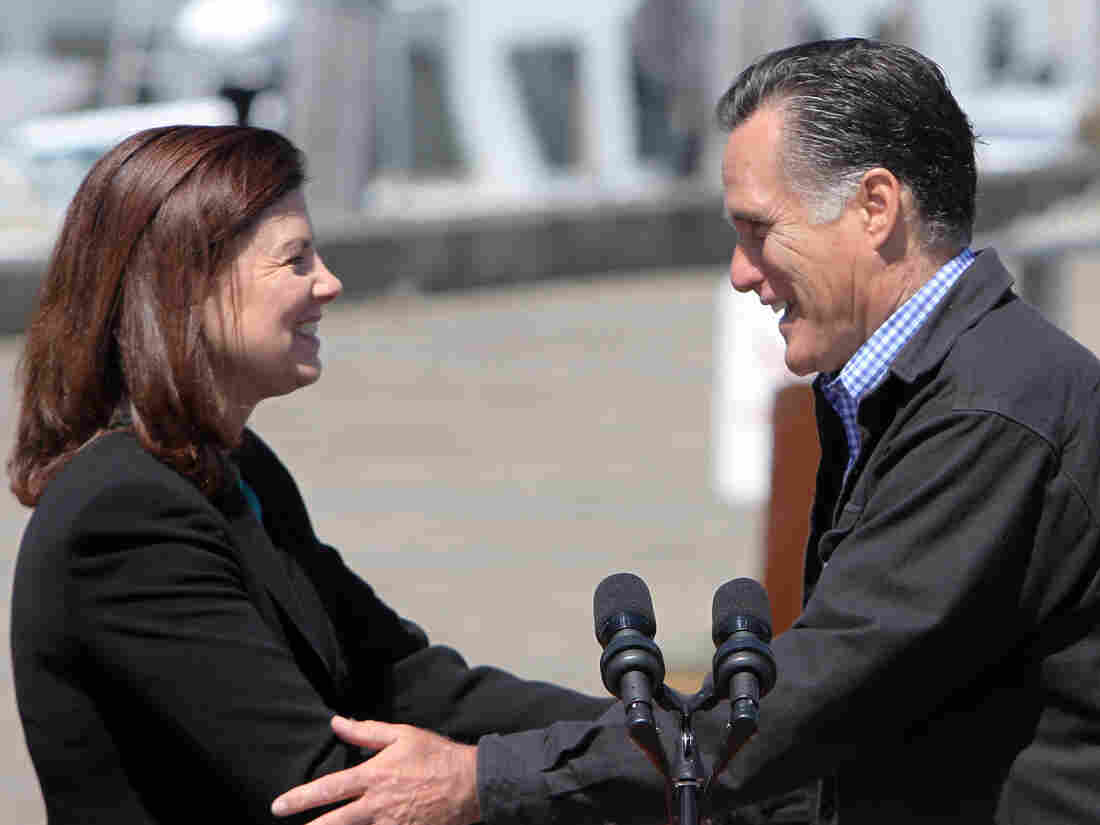 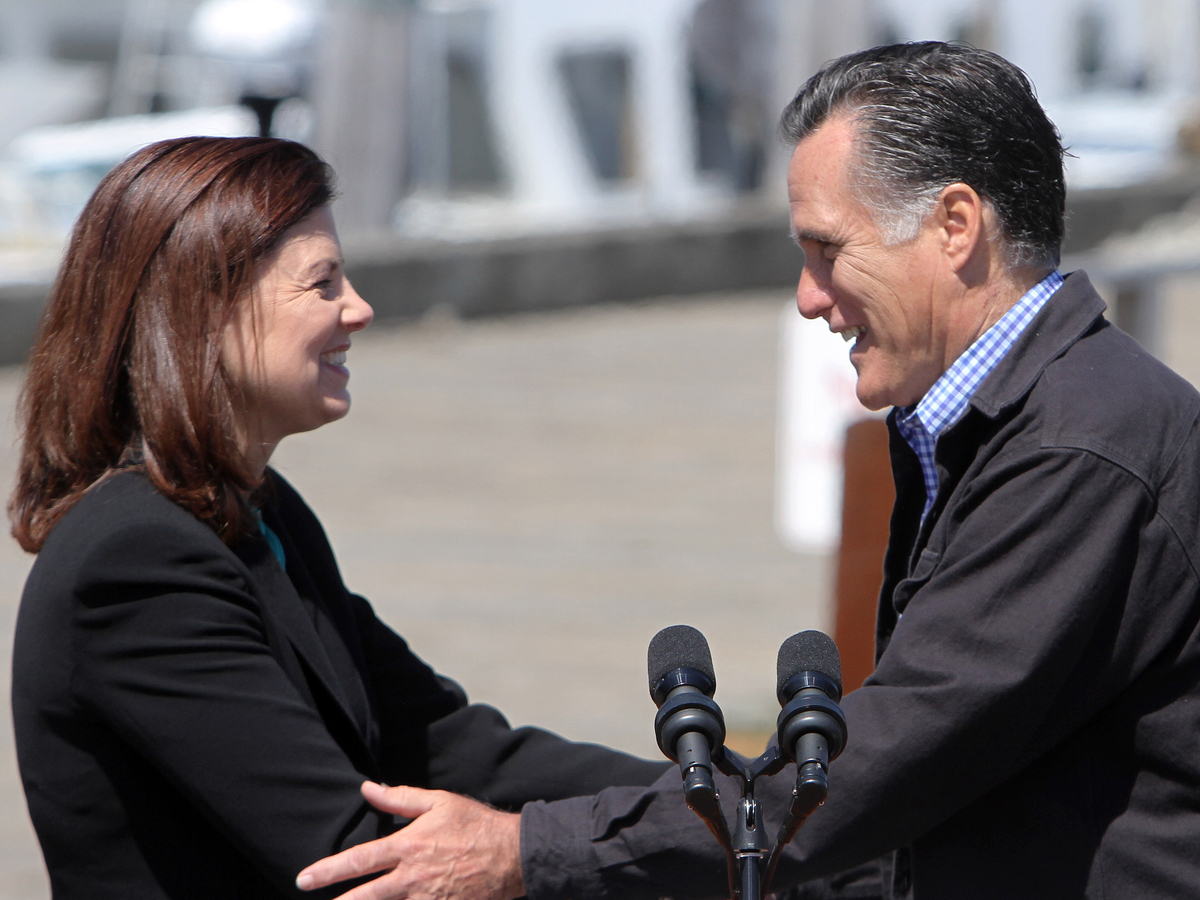 That New Hampshire Sen. Kelly Ayotte is even being considered as Mitt Romney's running mate is somewhat remarkable. After all, New Hampshire has just four electoral votes, and Ayotte has been a U.S. senator — her first elected office — for less than two years.

But if any senator could be said to possess a refreshing charm, it might be Ayotte, 44, a mother of two young children, who still lives in her hometown of Nashua and is married to a former combat pilot.

Factor in her staunch right-of-center views and her landslide win in 2010 and you can see why Ayotte is now a draw at national conservative events.

"I ran in the Northeast and I won the general election by 23 points," Ayotte said last year at a Susan B. Anthony List's "Campaign for Life" dinner. "Can you imagine a conservative pro-life woman winning in the Northeast? So, I want you to know that anything is possible."

Ayotte's been a hero to anti-abortion activists since 2005, when as New Hampshire attorney general she defended a parental notification law all the way to the U.S. Supreme Court.

Ayotte later won the state's first death penalty verdict in 70 years in the killing of police officer Michael Briggs. As a campaign ad attested, Ayotte made the case a big part of her pitch to voters in 2010.

Luck has also sped Ayotte's rise. She was initially appointed state attorney general in 2004, when her predecessor resigned after he was accused of sexual harassment at an anti-sexual violence conference. Five years later, when longtime Republican New Hampshire Sen. Judd Gregg decided to retire, he hand-picked Ayotte to be his successor.

"Attorney General Ayotte is exceptional," Gregg says. "I mean, even though she's young, she's got tremendous experience. So, she's a talent." 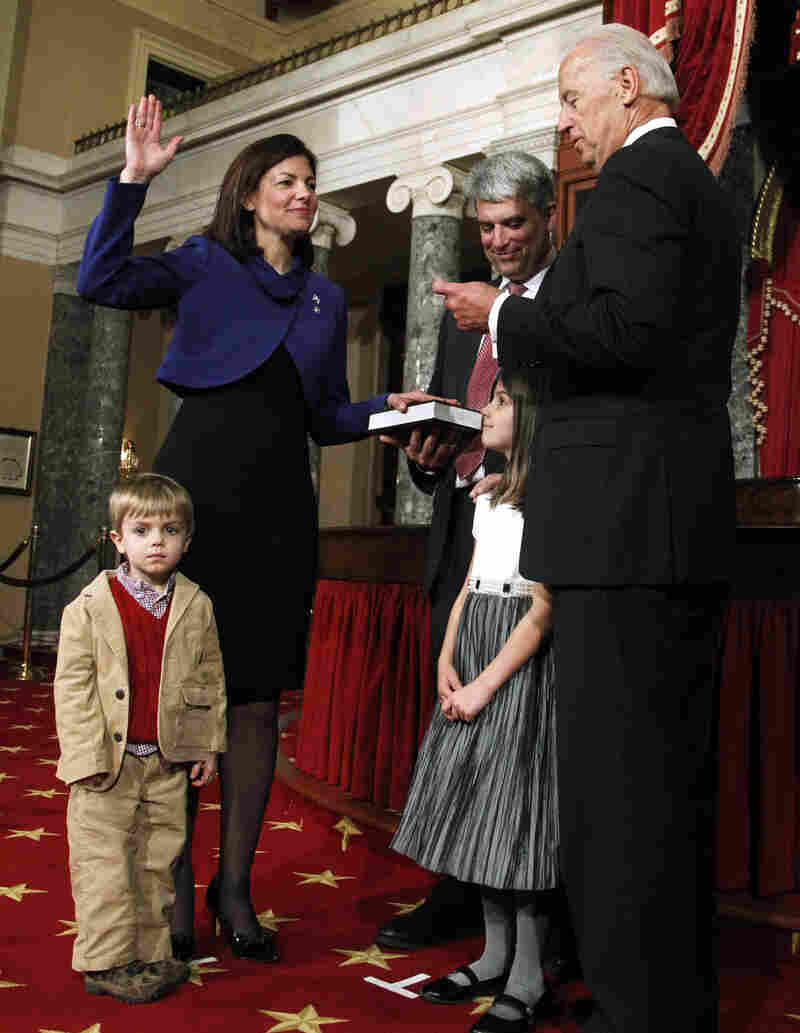 Vice President Joe Biden conducts a ceremonial swearing in for Ayotte as U.S. senator on Jan. 5, 2011, in the Capitol. With Ayotte are her husband and children. Manuel Balce Ceneta/AP hide caption 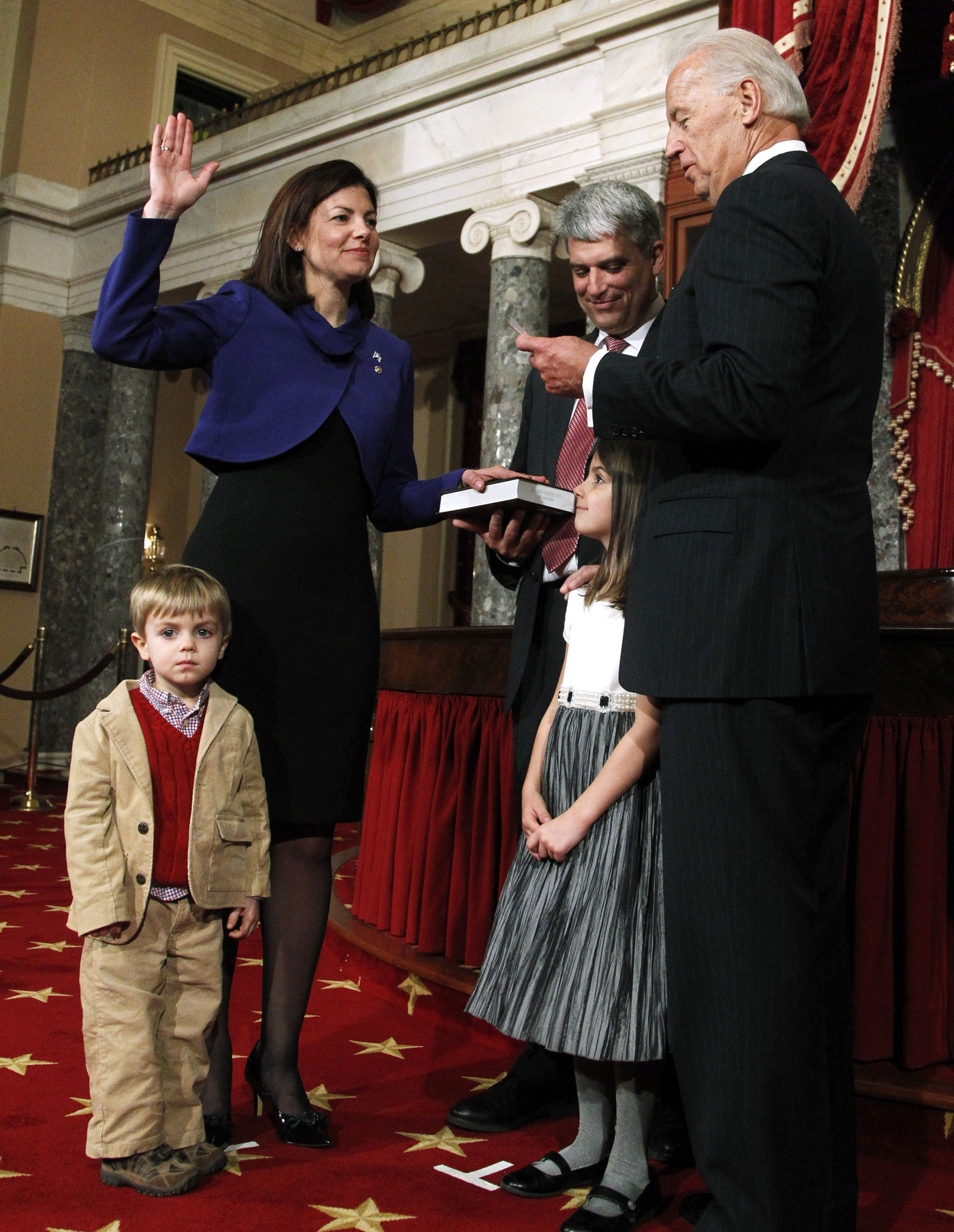 Vice President Joe Biden conducts a ceremonial swearing in for Ayotte as U.S. senator on Jan. 5, 2011, in the Capitol. With Ayotte are her husband and children.

And Ayotte has a talent for attracting powerful allies of varied pedigree. In addition to old-line Republicans like Gregg, Ayotte's Senate campaign was backed by Tea Party favorite and former Alaska Gov. Sarah Palin, the 2008 Republican vice presidential candidate.

When Ayotte was named attorney general, she was tapped by a conservative Republican. She was then twice reappointed by Democratic Gov. John Lynch. He credits Ayotte with being a good team player.

Ayotte's dutiful approach continues in Washington, where she sits on the Senate budget and armed services committees and is a reliable vote for Republican leaders.

But could this political resume be enough to land Ayotte a spot on the GOP ticket?

"You just don't know how a politician is going to do when she's vaulted onto the national stage like that," says Dante Scala, a political scientist at the University of New Hampshire.

But Sen. John McCain, R-Ariz., the Republcans' 2008 standard bearer, speaks glowingly of Ayotte. "I can't tell you what an outstanding job Kelly has done, not only as a United States senator but as a very important member of the Senate Armed Services Committee," he said Tuesday in New Hampshire, as McCain and Ayotte wrapped up a four-state tour warning against looming defense cuts.

Of course, McCain knows something about taking a risk in choosing a running mate, still facing criticism over his 2008 selection of Palin.

At one point on Tuesday, McCain jokingly mentioned that "some even say, Vice President Kelly Ayotte, but I, obvously ... "

This year, it's Romney who will get the final say.