Accessibility links
Dueling Crises Crush Mali's Cultural Treasures A coup in the capital and a rebellion in the north have put Mali's cultural treasures at risk. Ancient holy sites have been damaged or destroyed, and an international music festival in the Sahara Desert may be in jeopardy. 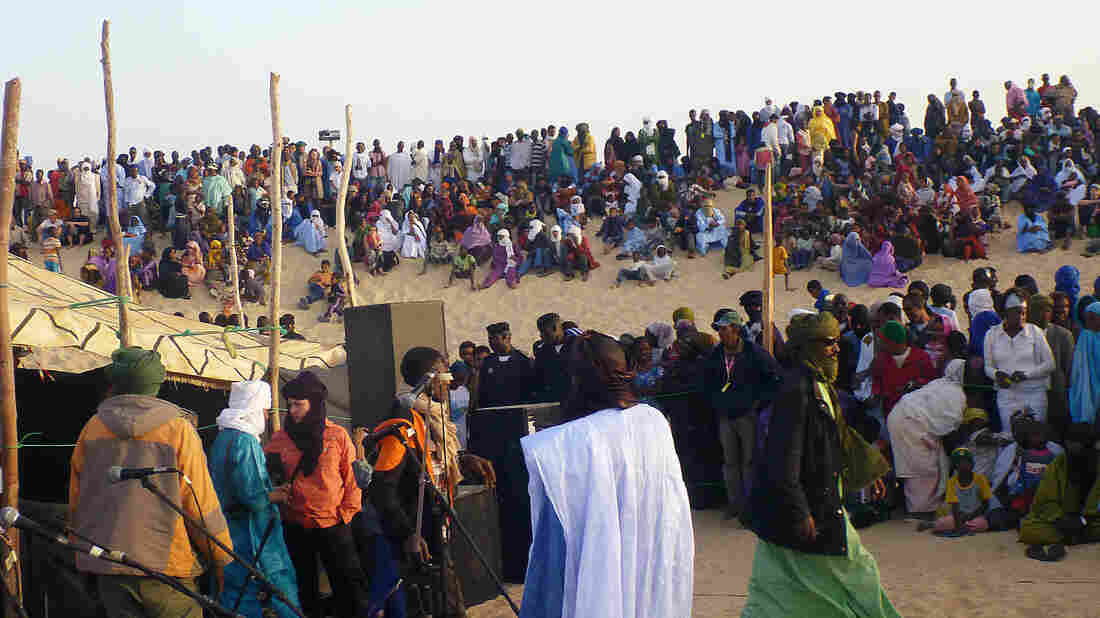 Mali's popular Festival of the Desert, held each year near Timbuktu, attracts both local and international music stars. The festival took place in January, but the Islamists who have taken control of the area have since banned all entertainment. Serge Daniel/AFP/Getty Images hide caption 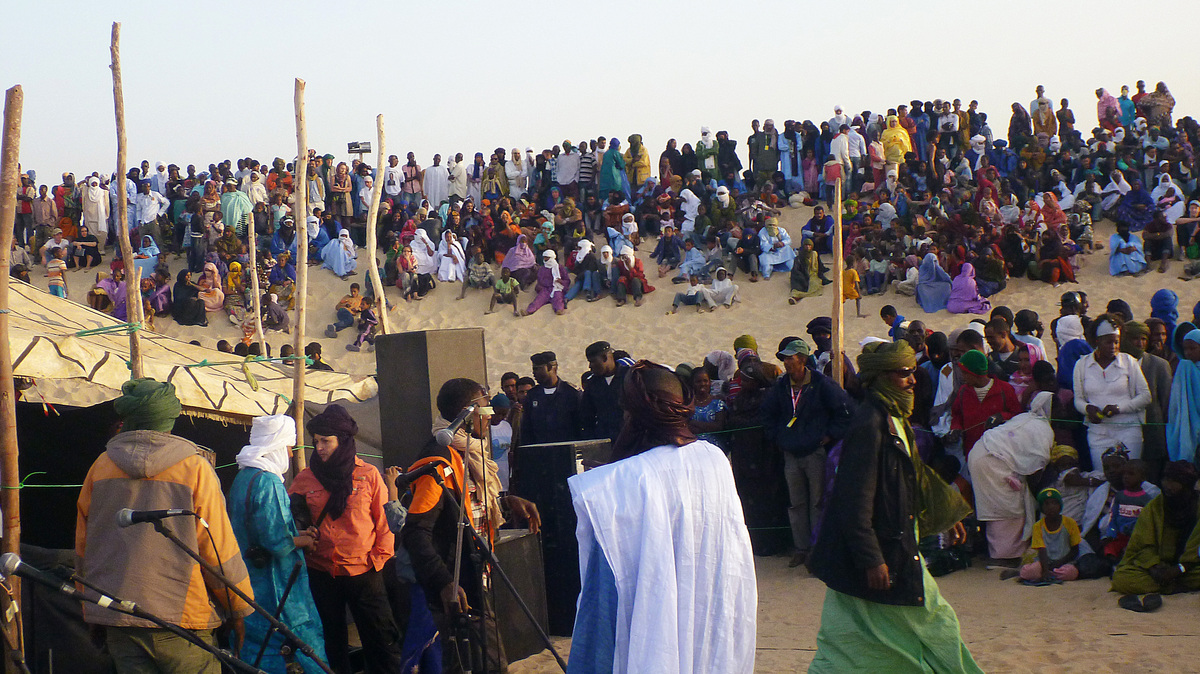 Mali's popular Festival of the Desert, held each year near Timbuktu, attracts both local and international music stars. The festival took place in January, but the Islamists who have taken control of the area have since banned all entertainment.

Mali is a country rich in culture, both old and new.

The banging of hammers on silver echos through the main crafts market in Bamako, Mali's capital. It's usually teeming in a place where you can buy anything, from silver earrings to batik fabric, all of it handmade.

And despite its remote location, Mali has enhanced its cultural reputation in recent years with an annual international music and arts festival in the Sahara Desert near Timbuktu, drawing both African and Western artists.

But Mali's cultural gems, which have drawn steady tourist traffic, are now at risk from a dual crisis. The democratically elected president was ousted in a coup in March, and Tuareg fighters and Islamists have both revolted in the north. 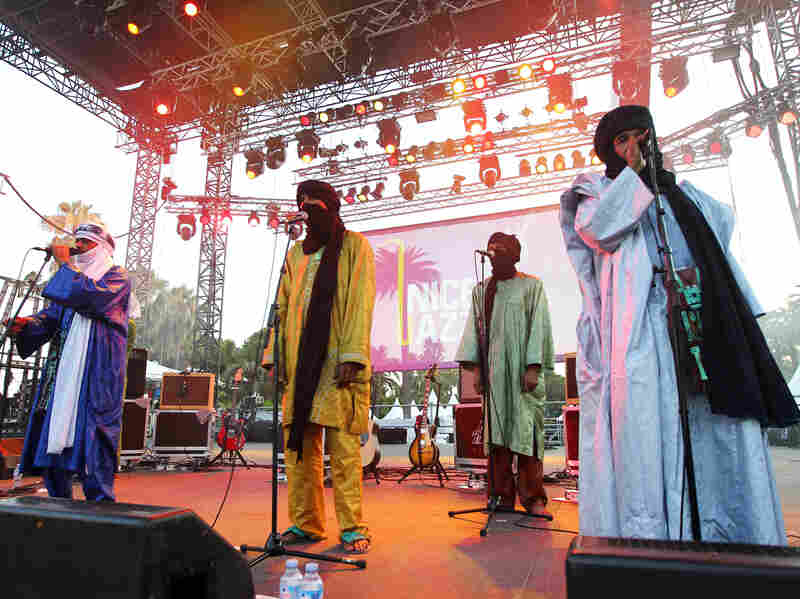 A Tuareg band from Mali, Tinariwen, performs in Nice, France, in July. The band has developed an international reputation and won a Grammy this year. See them perform at NPR headquarters. Valery Hache/AFP/Getty Images hide caption 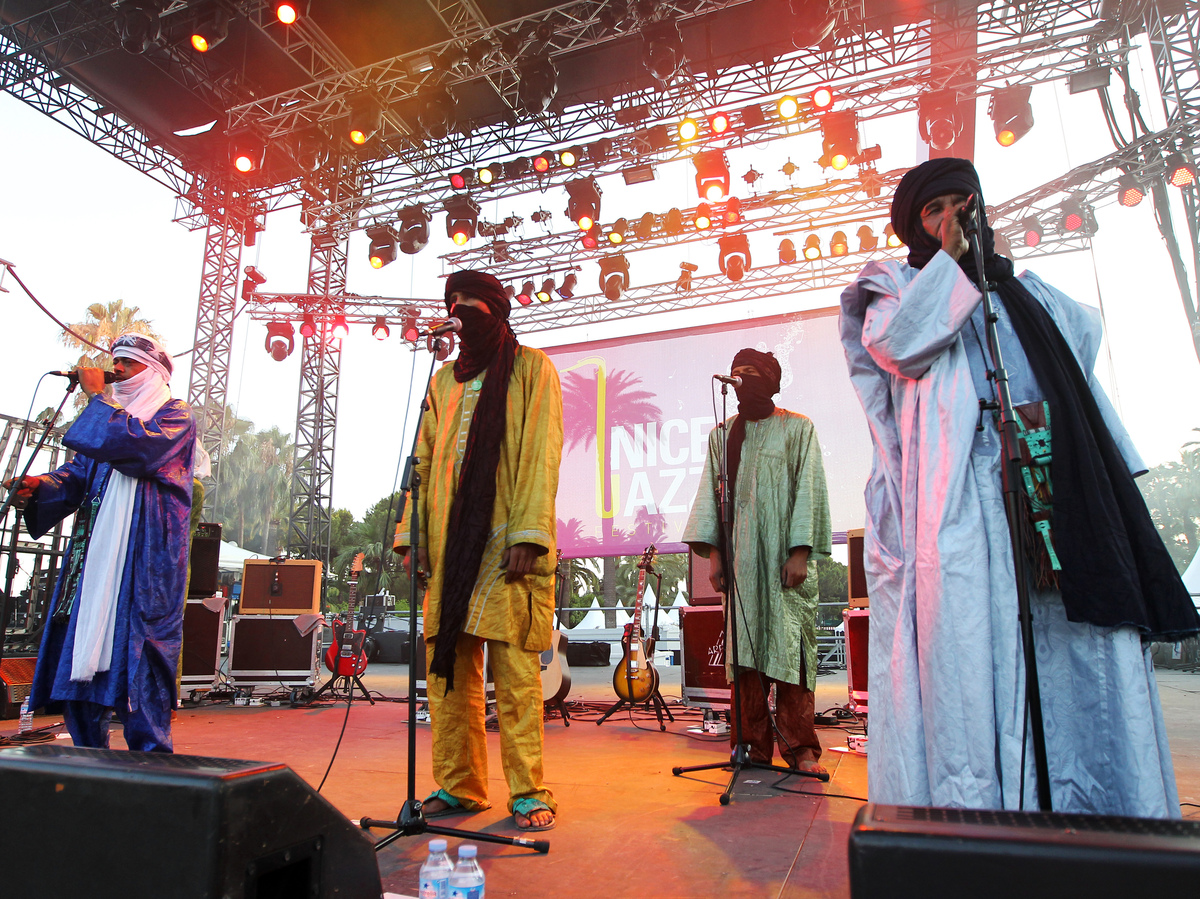 A Tuareg band from Mali, Tinariwen, performs in Nice, France, in July. The band has developed an international reputation and won a Grammy this year. See them perform at NPR headquarters.

Things have become a lot quieter in Bamako's market, with many craftsmen saying there are no tourists, no customers and no money.

"I need money because I have my family. I have my children. Six. I'd like to sell my business, but [there's] no business now. No customers," he says.

It's a similar story across town at the magnificent National Museum of Mali and its expansive, adjoining gardens. The museum is a cluster of discreet, low-rise, sand-colored buildings, inspired by the traditional earthen architectural style of Mali.

There's no one around, not a visitor in sight. And that, says the museum's chief researcher, Fatou Toure Sako, is demoralizing.

She says television images showing Islamists destroying some of Mali's most important historical sites breaks her heart and brings tears to her eyes. They include revered, centuries-old Sufi saints' mausoleums in Timbuktu and the great door of the Sidya Yahya mosque. 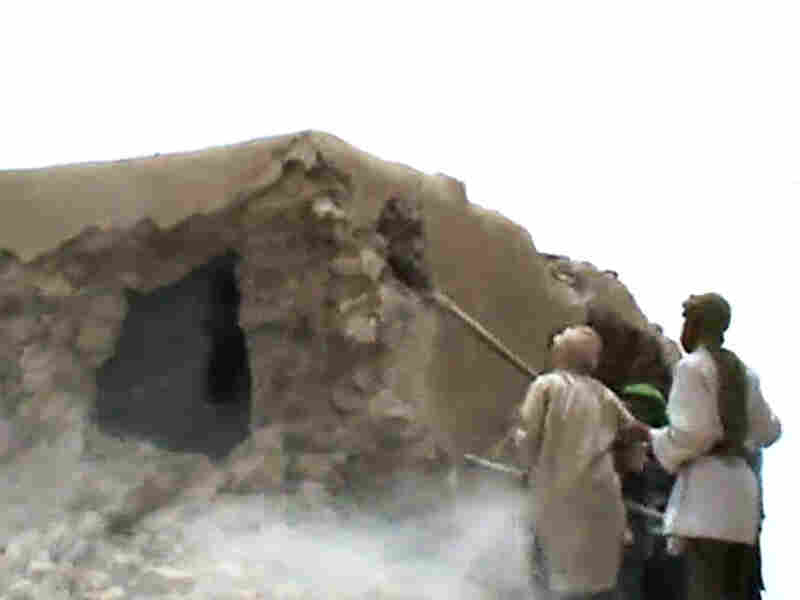 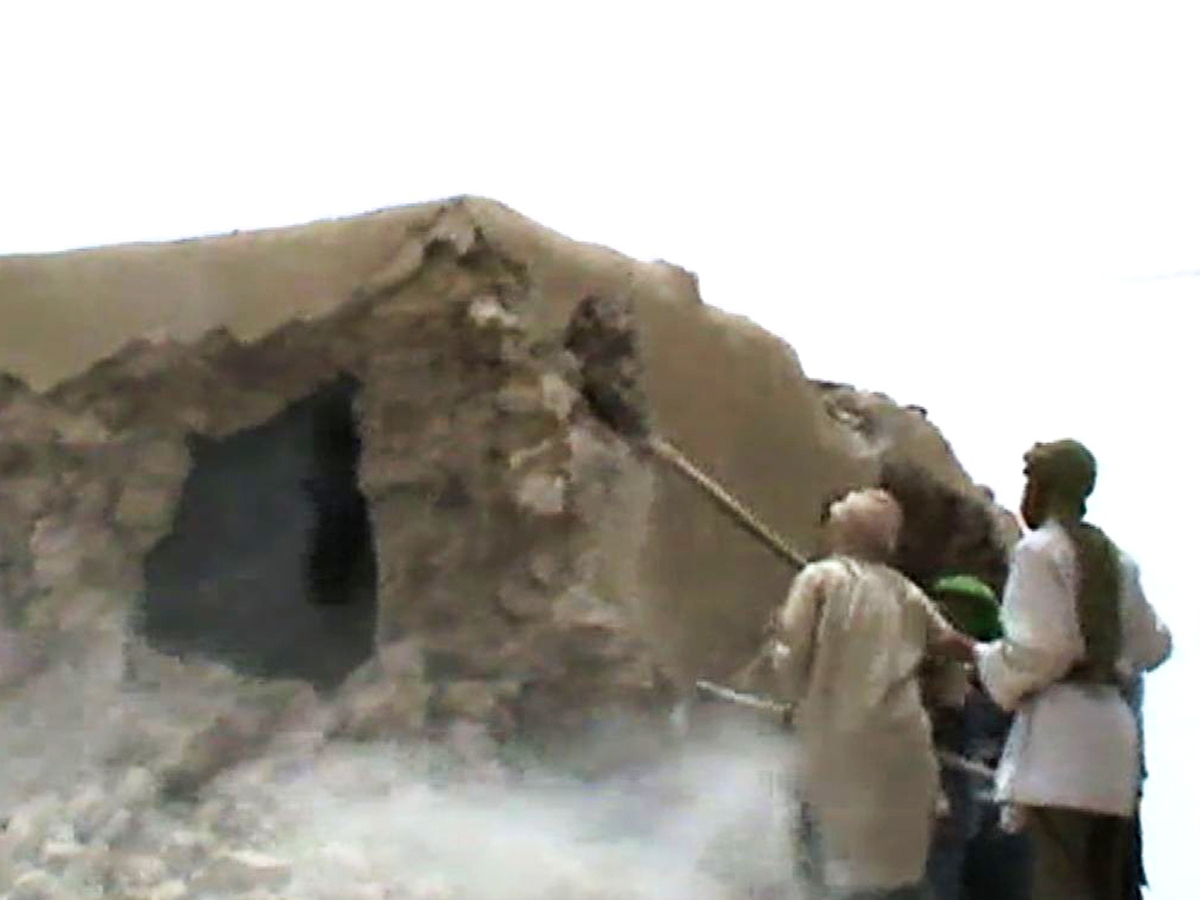 This video still shows Islamist militants destroying an ancient shrine in Timbuktu on July 1. The International Criminal Court warned their campaign of destruction was a war crime.

"The day I saw those images on the television, I said to myself everyone who works at the museum, anyone who works in the cultural industry, must have tears in their eyes," Toure Sako says. "It's really so very painful. Especially as we, who work with our national heritage, know what harm those people have done to our treasures and to Mali."

That view is echoed by the national museum's director, Samuel Sidibe. He says the news is devastating for the culture, history and future of Mali.

"It's dramatic — even for the museum. But, of course, it is important to be hopeful. We have to keep fighting. I am a fighter for the heritage," Sidibe says. "If we don't keep fighting, who is going to make the country for us? Nobody. What I have to do is to protect the museum, protect the heritage. This is what I can do for Mali."

Since the rebellion, Timbuktu and the surrounding desert region have become no-go areas for visitors.

Each year since 2001, the town of Essakane, outside Timbuktu, hosts the Festival of the Desert, which showcases local and international talent. Organizers managed to hold the festival as planned in January, around the same time the rebellion in the region was picking up steam.

But it's unclear what will happen next January.

"What is happening now is very sad," says Manny Ansar, the founder of the festival. "And it's really against all our objectives and against all what we wish for –- by bringing people from different cultures, from different religions to meet together to have music, to have fun."

Ansar adds: "Timbuktu is famous because it used to be a crossroads from North Sahara and South Sahara. And the people of Timbuktu used to welcome, for centuries, people from different religions, from different origins, and we would like to maintain this idea of Timbuktu, this way of life of Timbuktu, and we have to get it back soon."

Acts like Tinariwen, a Tuareg desert-rock group, helped make their name at the festival. The band won this year's Best World Music Grammy for the album Tassili. Ansar used to manage Tinariwen.

The armed Islamists in command in the north have banned all public singing, dancing and other forms of entertainment. They're meting out punishment to those found flouting the ban.

"We'd like to fight by music, by bringing joy where people have tried to bring death and fighting," Ansar says. "This is our way to resist –- to tell to all these people violence is not the solution. The solution is to live together."

Ansar says he'll take his music festival to another desert elsewhere in the world if he has to, though he'd much rather have it here in Mali, in the Sahara.