Accessibility links
Grand Ole Goo Goo Sweetens Fans Old And New The Goo Goo Cluster, a chocolate-covered bundle of marshmallow, peanuts, and caramel from Tennessee, turns 100 in October. After a long association with Nashville's Grand Ole Opry, the gooey treat is looking for a new audience. 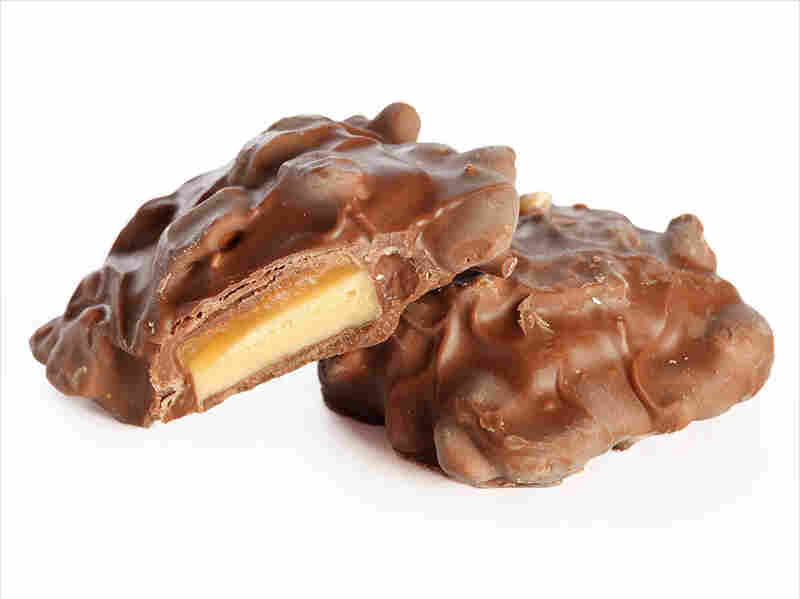 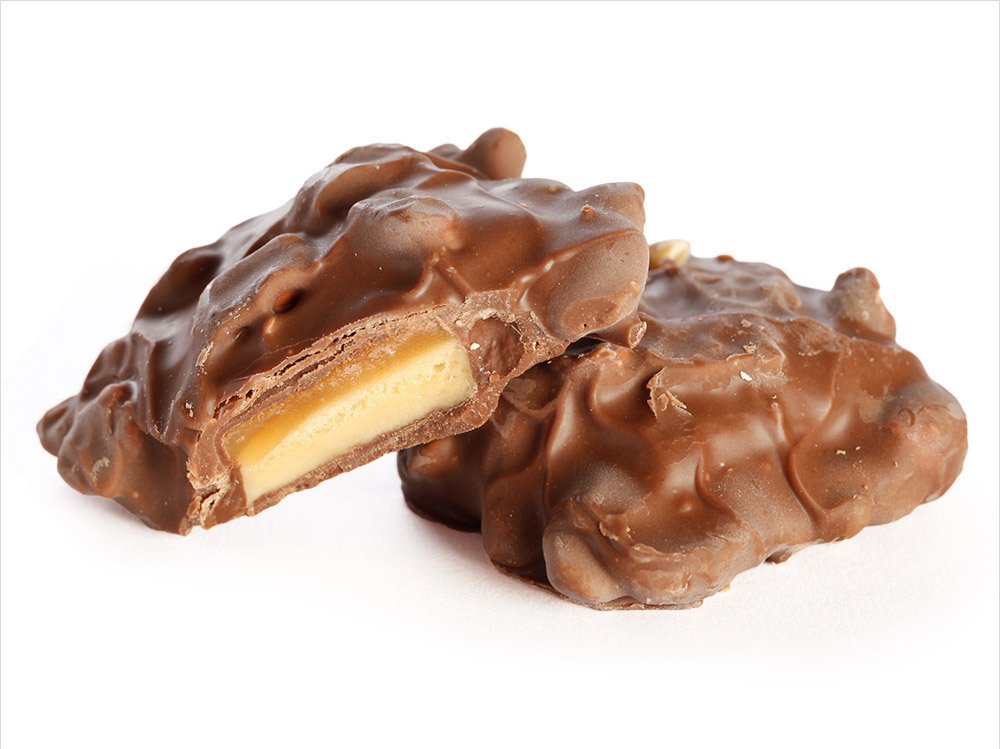 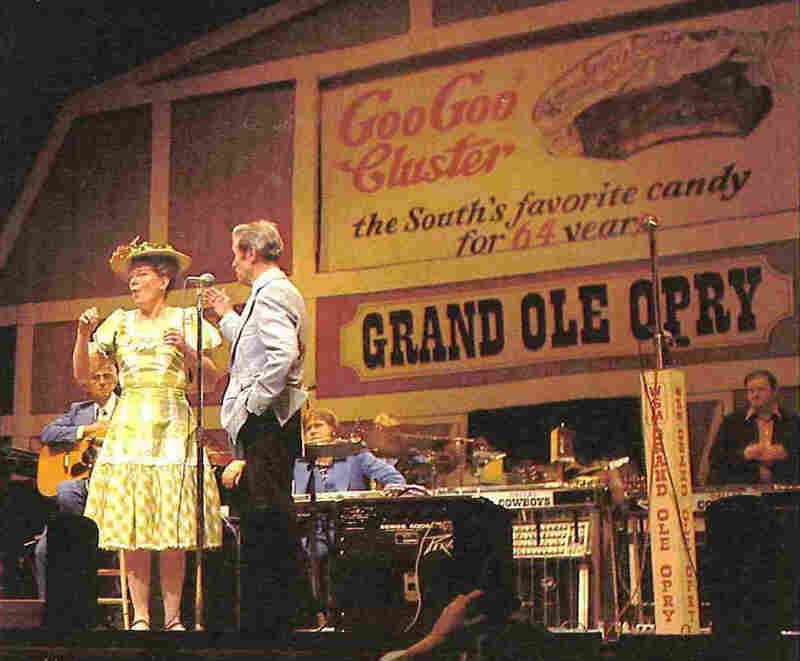 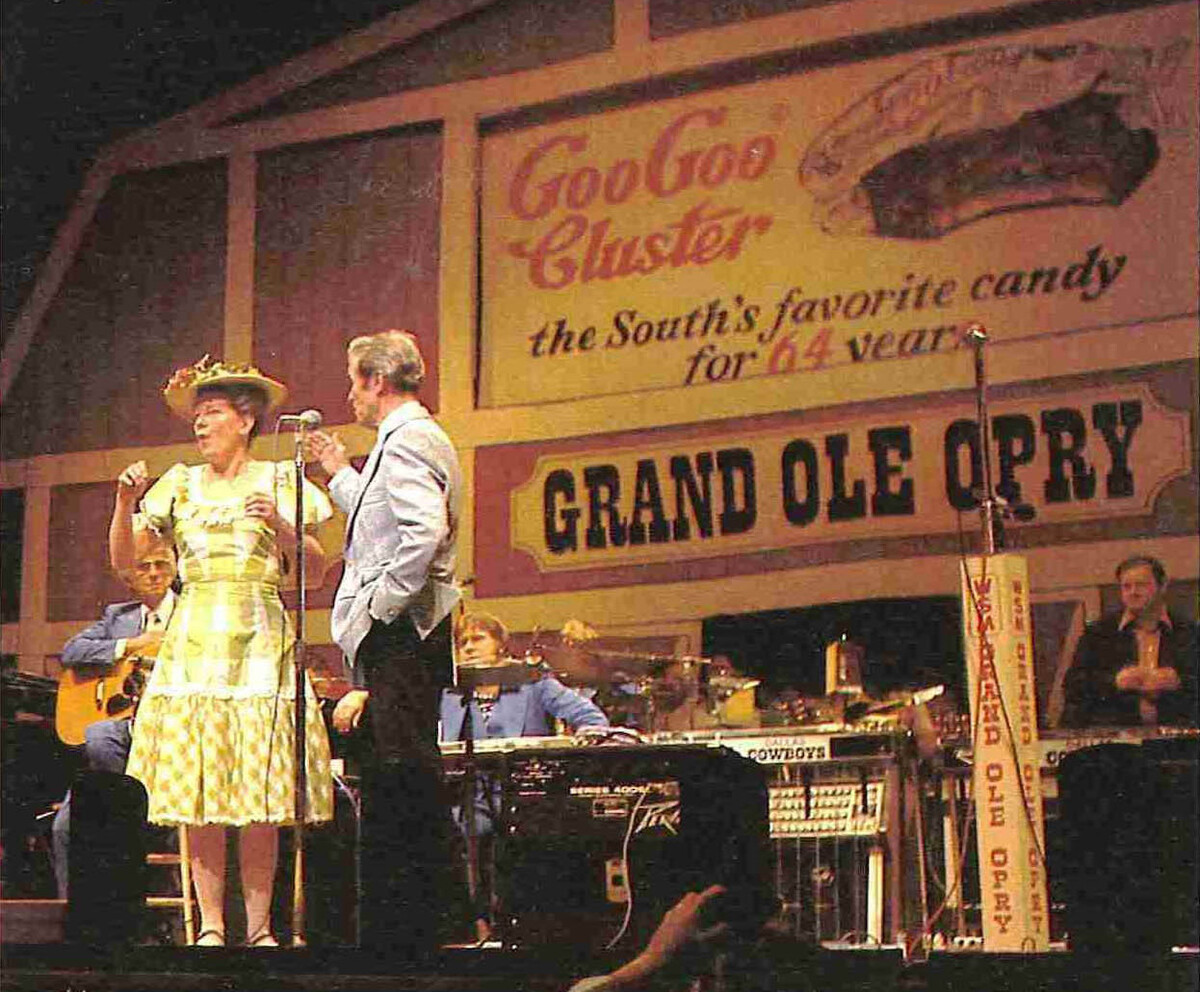 Minnie Pearl and Roy Acuff perform in front of a Goo Goo Cluster advertisement at the Grand Ole Opry, circa 1976. Coincidentally, Pearl's 100th birthday is also in October.

No one's entirely sure where the Southern treat called the Goo Goo Cluster got its name.

The iconic candy from Nashville, Tenn., celebrates its 100th birthday this year. The confection of marshmallow, peanuts and caramel wrapped in milk chocolate may owe its longevity in part to another Nashville icon: the Grand Ole Opry.

Goo Goo Cluster sponsored the venue's radio broadcasts from 1966 until 2006. In one popular advertisement, stage performers crooned, "Go get a Goo Goo ... it's gooooooood!"

The gooey sweet was advertised so heavily on air through those decades that many people believed "Goo" was an acronym for Grand Ole Opry.

While the true origins of the candy's name remain a mystery, one thing is certain: Goo Goo sales have tumbled in recent years while its manufacturer was focused on other products. Now, Standard Candy Co. is making a big effort to bring the gooey classic back.

These days, Standard Candy is on the road, passing out free samples of its signature candy at events across the South. At a recent convention in Nashville, Vance Sensing stopped to grab a Goo Goo and re-live the taste of his childhood.

"My grandfather had a country store, and I worked for him a lot of weekends," Sensing said. "For pay, he would always let me choose a candy and a Coke, and Goo Goo was one of 'em — one of my favorites."

Convention-goer Heather Cunningham, a 30-something mom with several kids in tow, also stopped for a taste of nostalgia. She hadn't eaten a Goo Goo in years, she said, but remembers how a family friend always had them handy.

"Whenever he would come around, he would always have Goo Goos," Cunningham said. "And me and my twin sister prayed my mom would marry him, 'cause he was the candy man. He always had them candy, and we was like, 'Momma, you really need to marry this man!"

In an effort to reach younger consumers, Standard's made a few changes in the kitchen. It has taken hydrogenated oils out of the recipe and greened the production process.

"You hit this button here, and up pops your location," Paine demonstrates. "Then you'll see these different flags that are on the map, showing you where your closest Goo Goo retailer is."

One thing Paine won't be changing is the candy bar's deep connection to the South.

"For whatever reason, there seems to be this sort of Southern food zeitgeist that's happening right now," Paine says. "Everyone wants to be from the South."