Accessibility links
Obama, Romney Each Read Jobs Numbers Differently President Obama focused on the millions of jobs that have been created in the past 2 1/2 years. His Republican challenger, Mitt Romney, stressed the unemployment rate, which rose to 8.3 percent. With the economy seemingly in a holding pattern, analysts wonder if the numbers will sway voters. 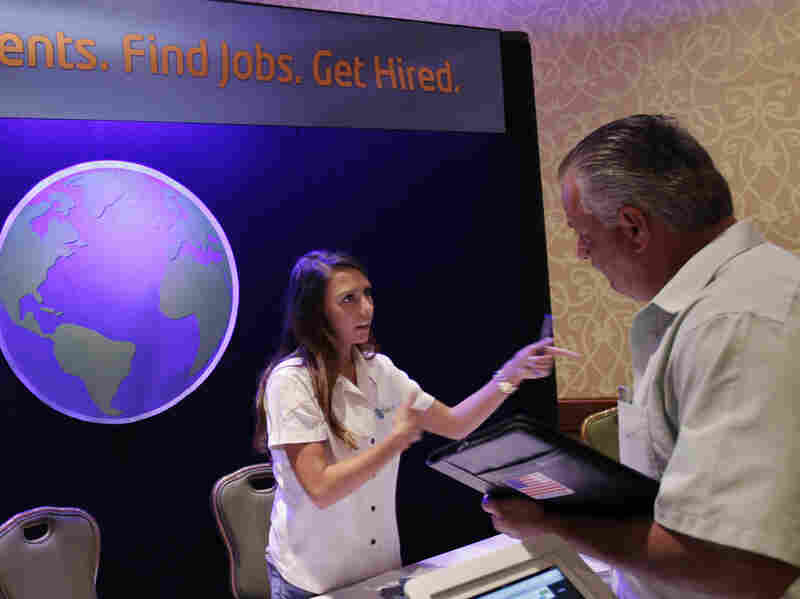 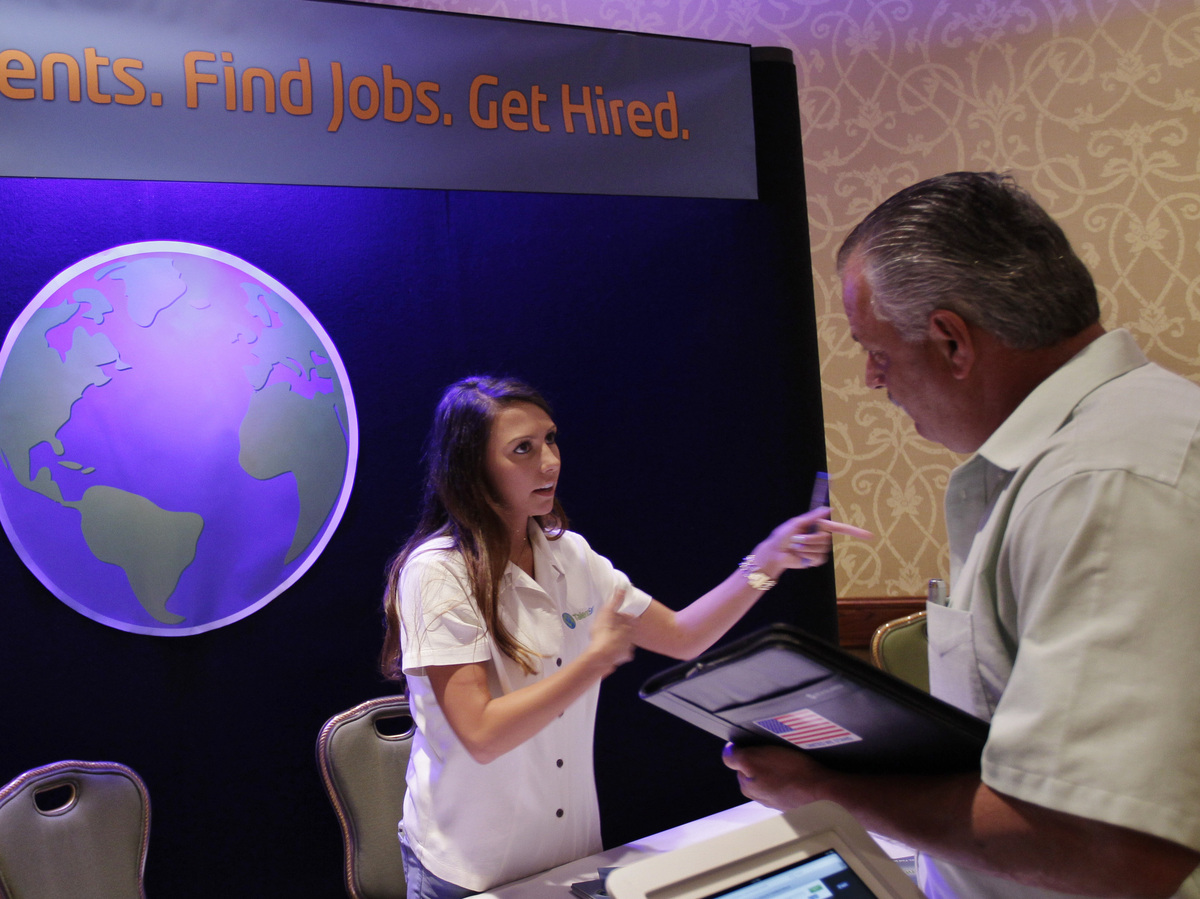 The stock market rallied on Friday's jobs report, with the Dow Jones industrial average jumping more than 200 points. But what do the numbers mean for the political stocks of President Obama and his Republican challenger, Mitt Romney? That's harder to measure.

In our increasingly polarized country, Democrats and Republicans can choose from competing news outlets, competing think tanks, and this month at least competing reports from the Labor Department.

Speaking near the White House on Friday, President Obama focused on the employment survey, which showed better-than-expected job gains in July. He noted that over the last 2 1/2 years, private employers have added 4.5 million jobs — more than a million this year alone.

"Those are our neighbors and family members finding work and the security that comes with work," Obama said.

Romney, on the other hand, stressed the UNemployment rate, which inched up to 8.3 percent. At a campaign appearance in Las Vegas, Romney focused on the millions of Americans who've been unable to find full-time work.

"This continues a pattern of American families really struggling, having hard times, and the president's policies are to blame for not having gotten the economy back on track," Romney said.

Forecasters were caught off guard both by the sharp jump in job growth and by the rise in the unemployment rate. But political handicapper Stuart Rothenberg of the Rothenberg Political Report doubts that either surprise was big enough to fundamentally change the political picture.

"Both sides have something to talk about with these numbers," he said. "But overall, I'm not sure these numbers are so frightening to people that there is an added sense of doom out there."

Polls continue to show a tight race nationally. But Rothenberg gives a tiny advantage --what he calls a "pinky on the scale" — to Obama.

"Mitt Romney needs a growing sense of gloom about the economy," Rothenberg said. "He needs a series of bad numbers that will lead people to conclude that ... we're really going off the cliff here. And to the extent that the news is mixed or good at all, I think that hurts Romney between now and November."

For economist Nariman Behravesh, the new numbers simply confirm the impression of the last few months: that the economy is growing but at a very sluggish rate. His firm, IHS Global Insight, uses that information to try to forecast the presidential election. For now, he says, we're in a holding pattern.

Both sides have something to talk about with these numbers. But overall, I'm not sure these numbers are so frightening to people that there is an added sense of doom out there.

"The economy is not bad enough to create a strong case against Mr. Obama," he said. "But it's certainly not Obama's friend."

In the months to come, the candidates will try to rally support for their competing economic platforms. Romney argues that the president's health care law and financial regulations have discouraged hiring. Romney has promised to reverse them.

"The president has not had policies that put American families back to work. I do. I'll put them in place and get America working again," Romney said.

Obama wants to spend more money keeping teachers on the payroll and boosting public works projects to employ out-of-work construction crews. He argues that Romney's tax proposal would shift the burden to the middle class — a claim supported this week by the nonpartisan Tax Policy Center. Obama calls Romney's proposals a rerun of trickle-down economics.

"We're not going to get to where we need to be if we go back to the policies that helped to create this mess in the first place," Obama said. "And the last thing that we should be doing is asking middle-class families who are still struggling to recover from this recession to pay more in taxes."

Expect to hear a lot more of these arguments in the next three months. Of course, polls tell us most voters have already made up their minds about the presidential race and that's the filter through which many will view the latest jobs report.