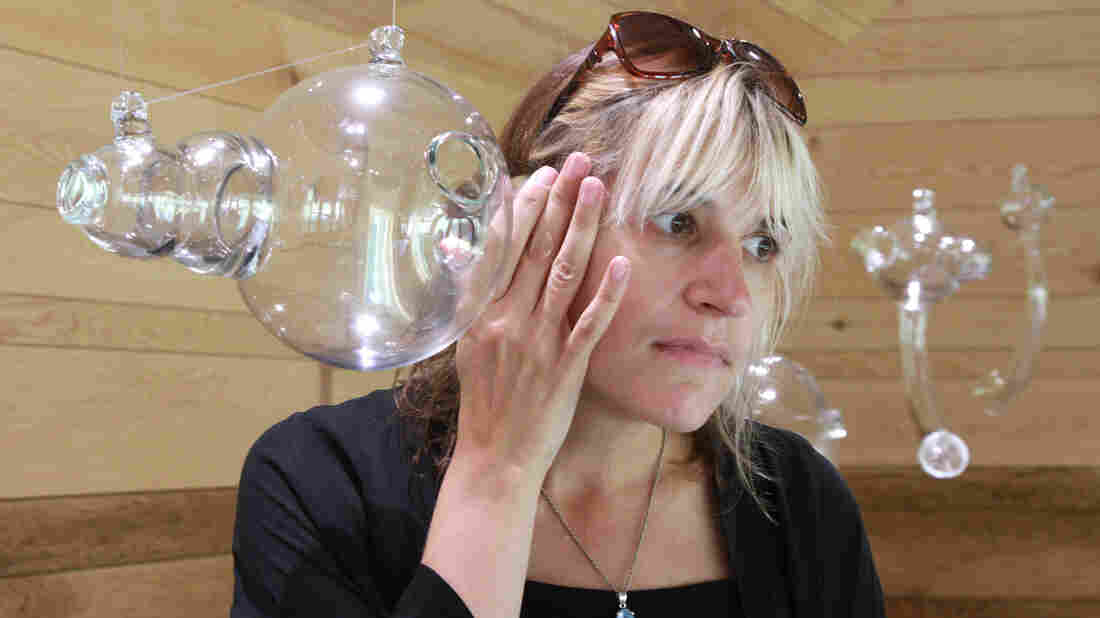 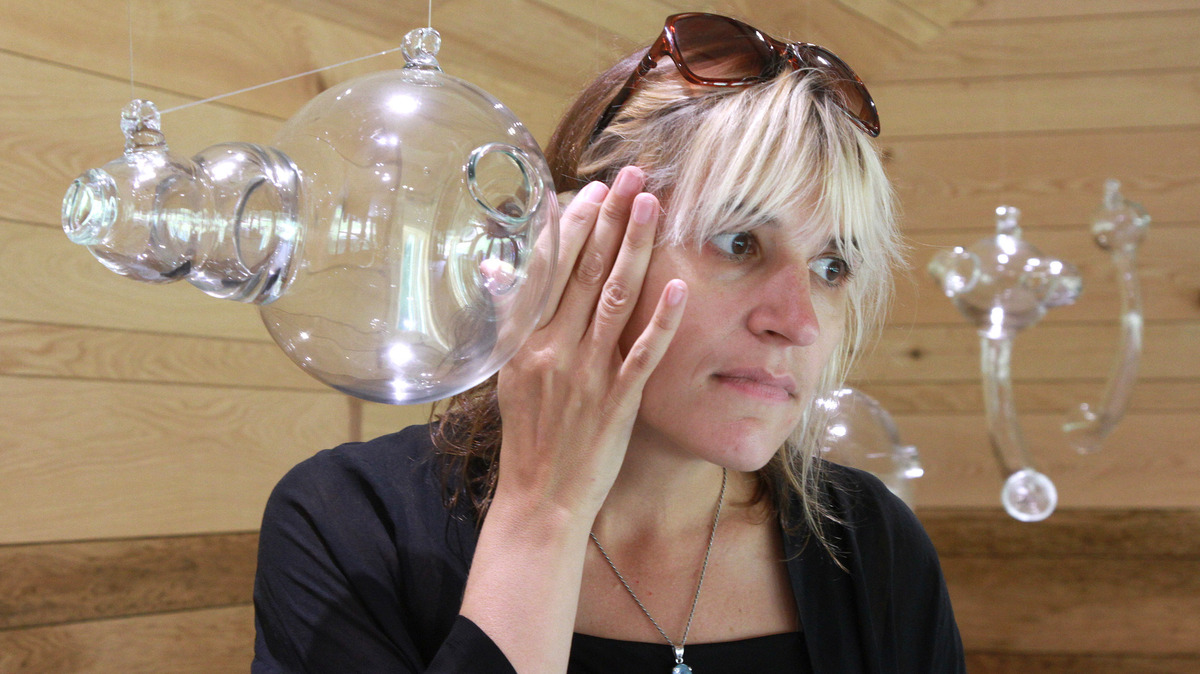 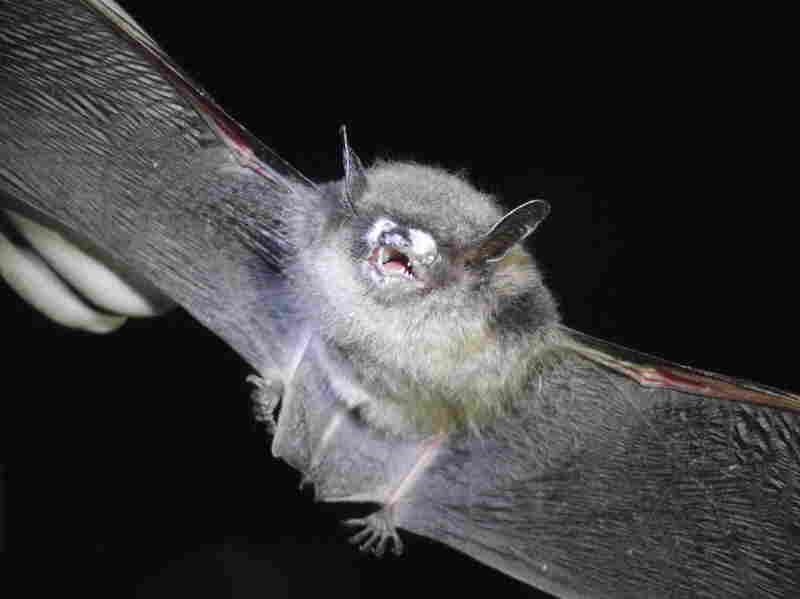 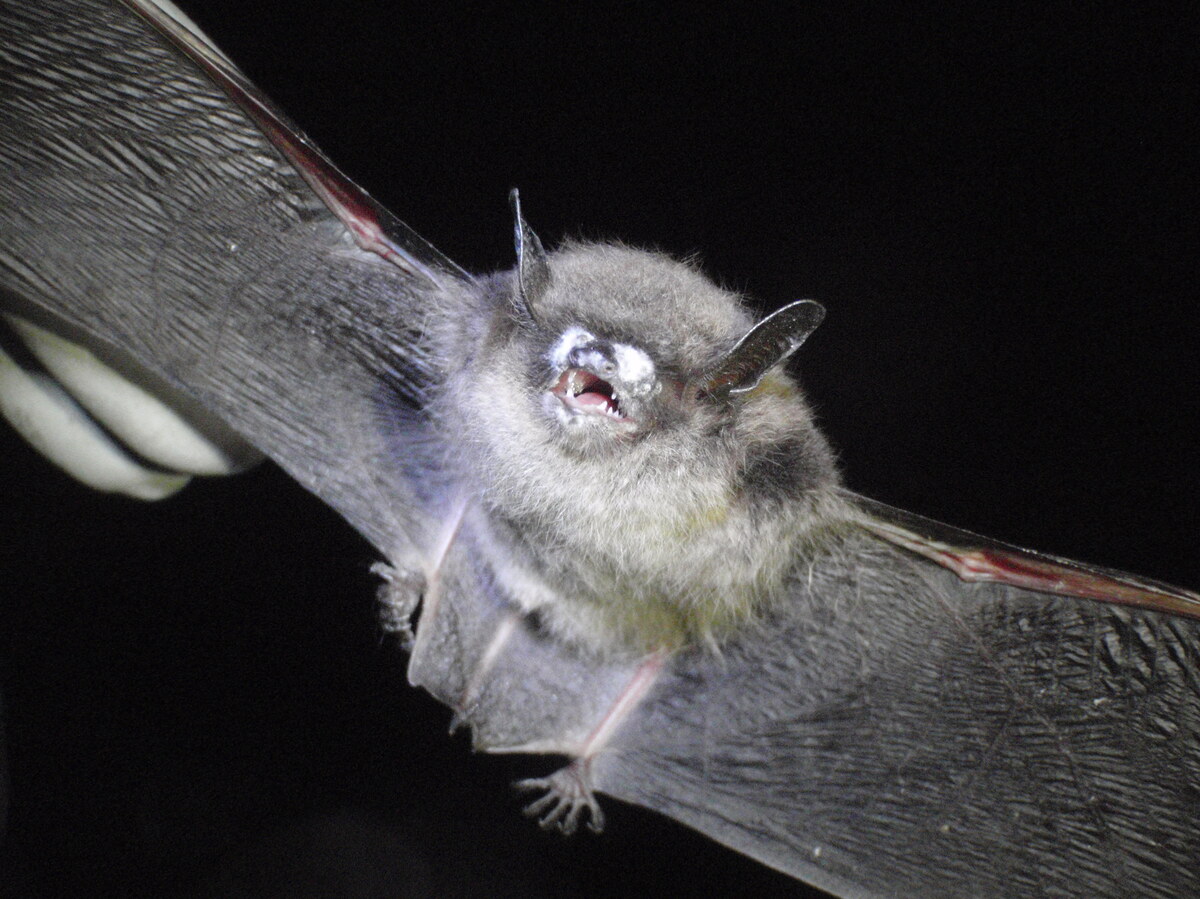 Most bat calls are inaudible to the human ear, but ecologist Kent McFarland used software to lower the frequencies of calls from little brown and long-eared bats into a human-friendly range for the recording below.

For the past five years, bats have been disappearing at an alarming rate, falling prey to a mysterious disease called white-nose syndrome. But they're making an eerie comeback in a new audio exhibit at a national park in Vermont. The exhibit features manipulated recordings of bat calls that are funneled through glass vessels hanging from a studio ceiling.

Bats emit high-frequency sounds that create echoes to help them navigate and detect predators. Most of these sounds are inaudible to the human ear, but they can be recorded using special machines and software that lower the frequencies into the range humans can hear.

Ecologist Kent McFarland recorded these sounds in 2001, when he took an inventory of long-eared and little brown bats near a pond in Woodstock, Vt.

"About 65 bats an hour would cross in front of the machine every night, night after night," McFardland says.

But those species, both prone to white-nose syndrome, had apparently disappeared from the park when McFarland returned last year. Only two bats were recorded.

Andrea Polli, a New Mexico-based digital media artist, was horrified when McFarland told her about the bat die-off. An artist in residence this summer at Woodstock's Marsh-Billings-Rockefeller National Historical Park, Polli wanted to create a project that would celebrate their mysterious sounds.

"I thought that it would be fun to play with the fact that they sounded to me really electronic," she says.

The Science Behind Vampire Bat Bites

Since humans cannot hear what bats really sound like, Polli gave herself wide artistic license to create her own interpretation. She used looped recordings of bat calls to create a techno-sounding beat.

McFarland says he wonders what Polli's manipulated recordings would sound like to a bat.

The bats may be dying, but their calls at least live on in Vermont as a ghostly funeral dirge in the middle of the national park where they used to thrive.